A few months back, Google upped Android system requirements to access Android Auto. The platform now requires a smartphone running Android 8 Oreo or higher, up from the previous minimum requirement of Android 6 Marshmallow. The company is now cutting off access for older devices with a forced update for the app.

Despite the changes in system requirements, Android Auto continued to work on older devices as long as users don’t update or uninstall the app. But Google doesn’t allow that anymore. It is forcing users to update the app to the latest version. Opening an older version of the app now shows a pop-up notice with an “update” button. The notice can’t be dismissed, thus preventing users from accessing Android Auto. They must update the app to continue using it.

This forced update pop-up is reportedly appearing for users with Android Auto versions 7.0 through 7.7. Since Android Auto 7.4 was the last version supported on devices running Android 7 Nougat or older, the updated app won’t work on those devices. You must upgrade to a newer device or forego Android Auto. It’s advisable to upgrade your phone, though. Not just because you’ll lose access to Android Auto, but also because your phone is outdated and vulnerable to privacy and security threats. Newer phones get regular security updates protecting them from such threats.

Google is likely forcing this Android Auto update in preparation for the upcoming redesign of Android Auto. Codenamed Coolwalk, this redesign brings several new features and also optimizes the platform to adapt to various in-car display sizes. The changes are expected to arrive soon, with this update further hinting at a nearing release.

Unfortunately, this forced update has some side effects. Along with cutting off access for older devices, it also forces Waze users to a buggy release of Android Auto. For the past few months, Waze users have been reporting an issue where the Android Auto screen goes blank sometimes with nothing to show. This bug affected Android Auto version 7.8 or higher. Users had to revert to Android Auto 7.7 or older to solve the issue.

But Google is now forcing them to install the buggy version or lose access to Android Auto. Hopefully, the company will soon address the Waze bug too. Perhaps the redesigned platform will fix the issue. Stay tuned for the upcoming big update for Android Auto. 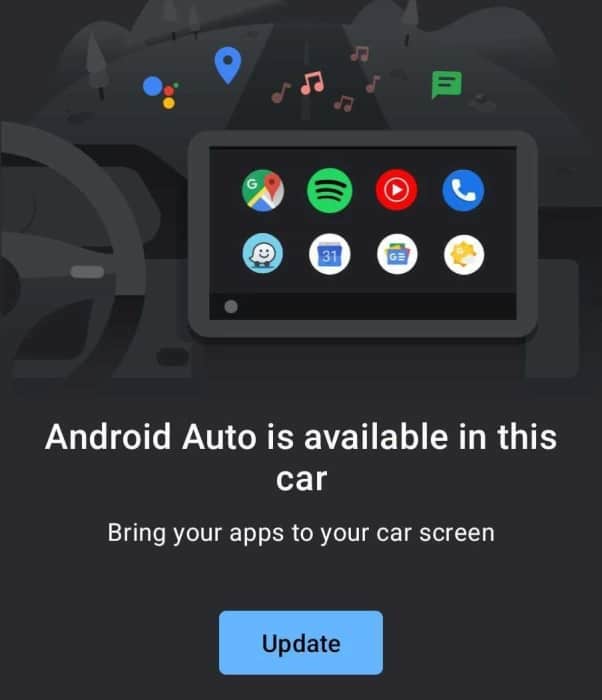