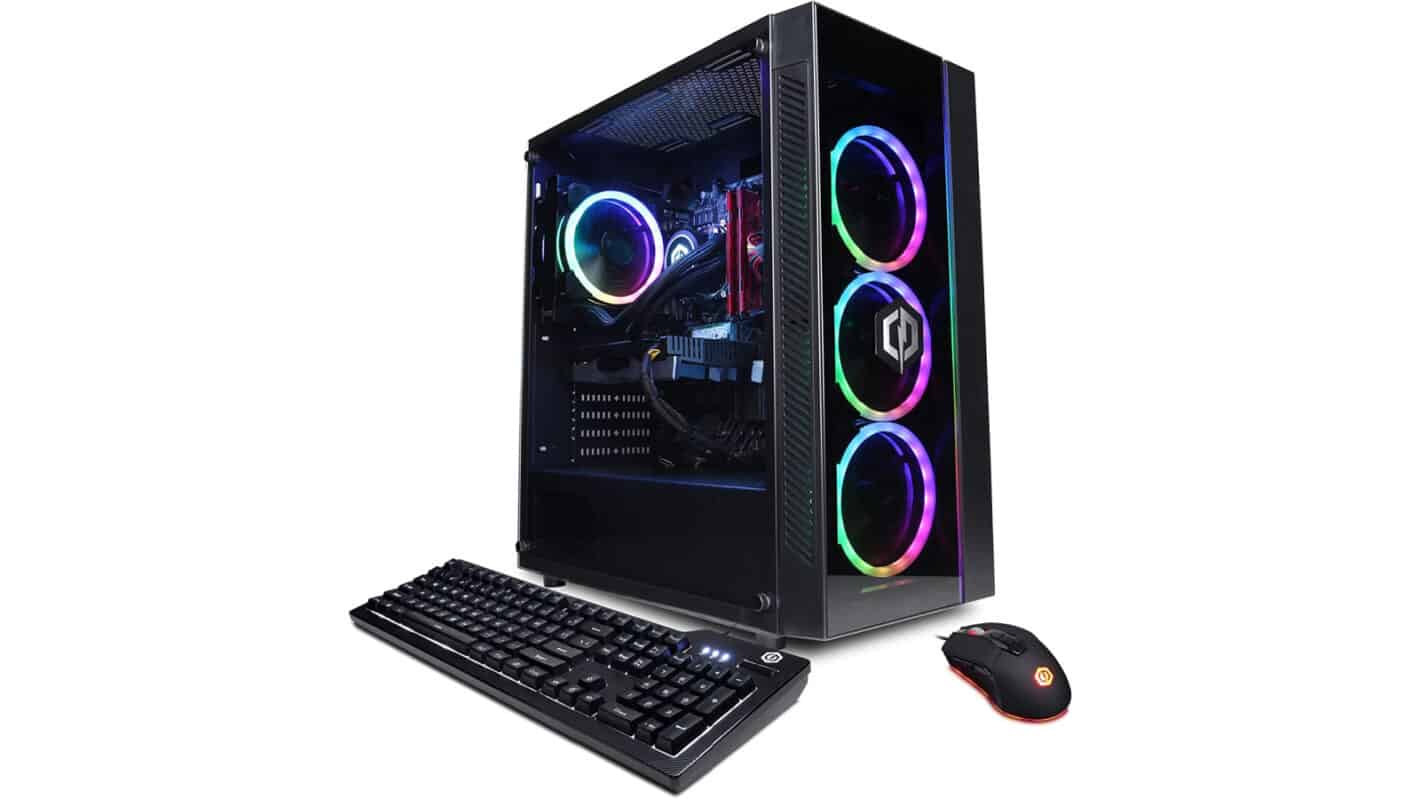 Black Friday is just around the corner and CYBERPOWERPC is having some great deals on desktops. If you’re looking for an upgrade to enhance your gaming experience, there’s a few good options here that also range in price.

Starting at just $589.99, you can pick up a desktop with an NVIDIA GeForce GT 1030 GPU, an AMD Ryzen 3 4100 CPU, 8GB of DDR4 RAM, and a 500GB NVMe SSD. It’s also WiFi ready and comes with Windows 11 installed. It comes in a large white case with a tempered glass side panel as well. Easily allowing you to see into the case and marvel at the RGB lighting components. And although this desktop is prebuilt, parts can easily be replaced and upgraded as needed.

This model also comes bundled with a keyboard and mouse. So really all you need is a monitor, maybe a headset, and some speakers. And you’re good to go. This model normally retails for $799.

If you want something a little more powerful the next step up is the model that’s $849.99 down from $1,269.99. This model comes with the AMD Ryzen 5 5600G CPU, an NVIDIA RTX 3050 GPU, 16GB of DDR4 RAM, and a 500GB NVMe SSD as well as a 2TB HDD. Which gives you LOADS of space for games. And that’s a good thing since this desktop will perform better while playing them. This model also comes with Windows 11 and is bundled with a keyboard and mouse.

Lastly there’s the liquid-cooled model. This one comes with an all-in-one CPU cooler to keep temps down. As for the CPU, it’s an AMD Ryzen 7 5800X, and the GPU bumps up to the NVIDIA RTX 3060 12GB. It also features 16GB of DDR4 RAM and a 1TB NVMe SSD with Windows 11. As this is the best performer, it also costs the most. But it still receives a pretty good discount for Black Friday, as CYBERPOWERPC is dropping the price from $1,659.99 to $1,269.99. And again, this comes bundled with a keyboard and mouse.