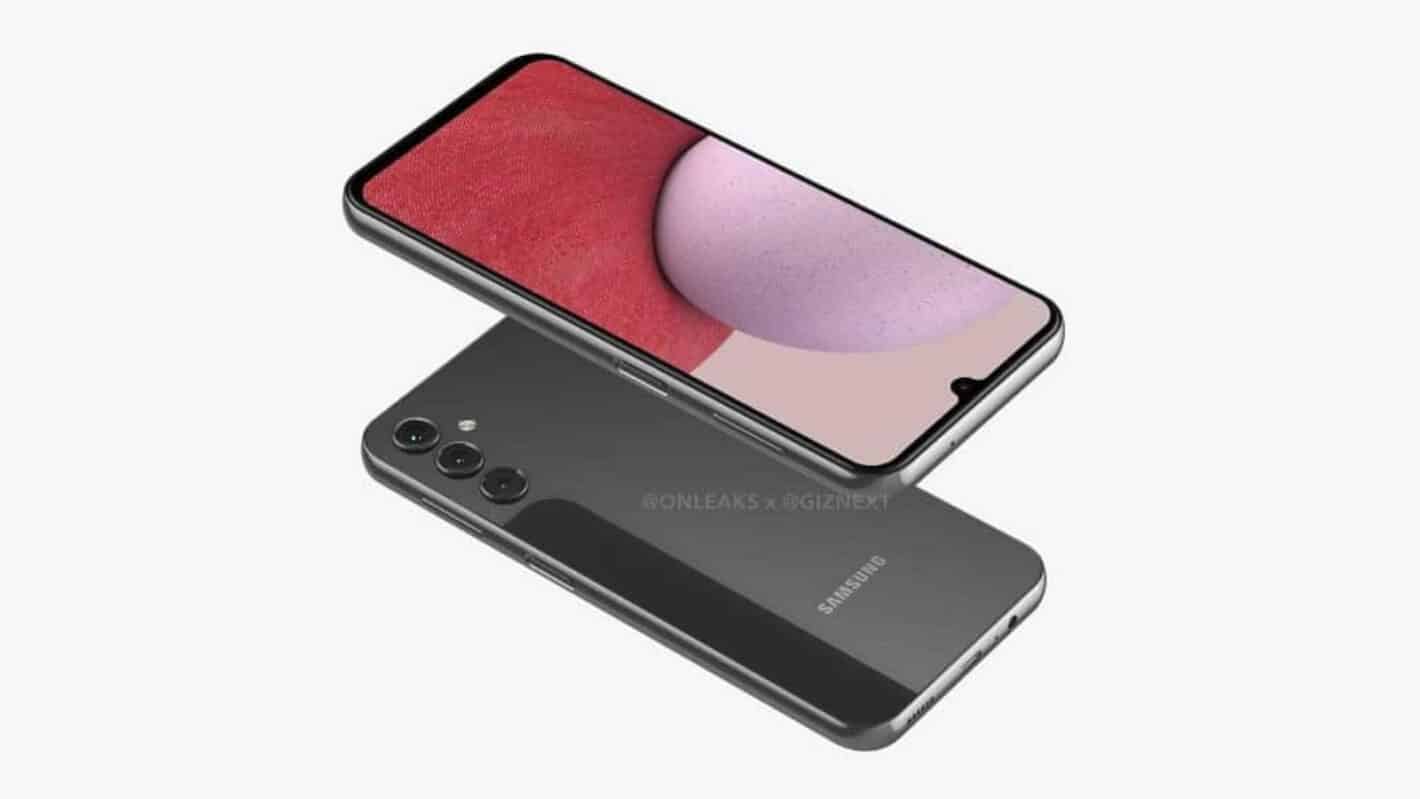 Samsung has a ton of smartphones in the mid-range market, and those are some of its most popular devices. We’ve been following rumors about the upcoming Galaxy A14, and now we have a fresh leak. Thanks to Galaxy Club, we have information about the battery and camera specs for the Galaxy A14.

We have battery and camera specs for the Galaxy A14

Now, let’s talk about this upcoming mid-range phone. Not too long ago, we got some leaked renders of this phone, and they show that it will have a headphone jack and a U-shaped notch on the display. Also, it looks like this phone will have a glossy glass back

Looking at the camera package, it might be an interesting story. According to the renders, It appears that this phone will have each sensor protruding individually in lieu of a camera bump. This is significant because this is what the Galaxy S23 devices may look like based on a recent leak.

According to the most recent leak, the Galaxy A14 will have a battery with the model number EB-BA146ABY, and it’s rated for a capacity of 4900mAh. With that rating, it appears that it’ll be advertised as a 5000mAh cell.

It wouldn’t be much of a surprise if this phone does come with a 5000mAh battery. A lot of mid-range devices come out with a battery that big.

As for the camera, rumors point to this phone having a 50-megapixel main camera. It might be the same sensor that Samsung used for the Galaxy A13. We don’t know much about the other sensors, unfortunately. Also, we don’t know what Samsung will use for the front-facing camera either.

When this phone launches, we expect it to be around €230. That’s not a bad price for a phone with a 1080p+ display, 5000mAh battery, and a 50-megapixel camera. However, other specs on this phone are still a mystery. We’ll have to wait on more information to fully paint a picture of this phone.