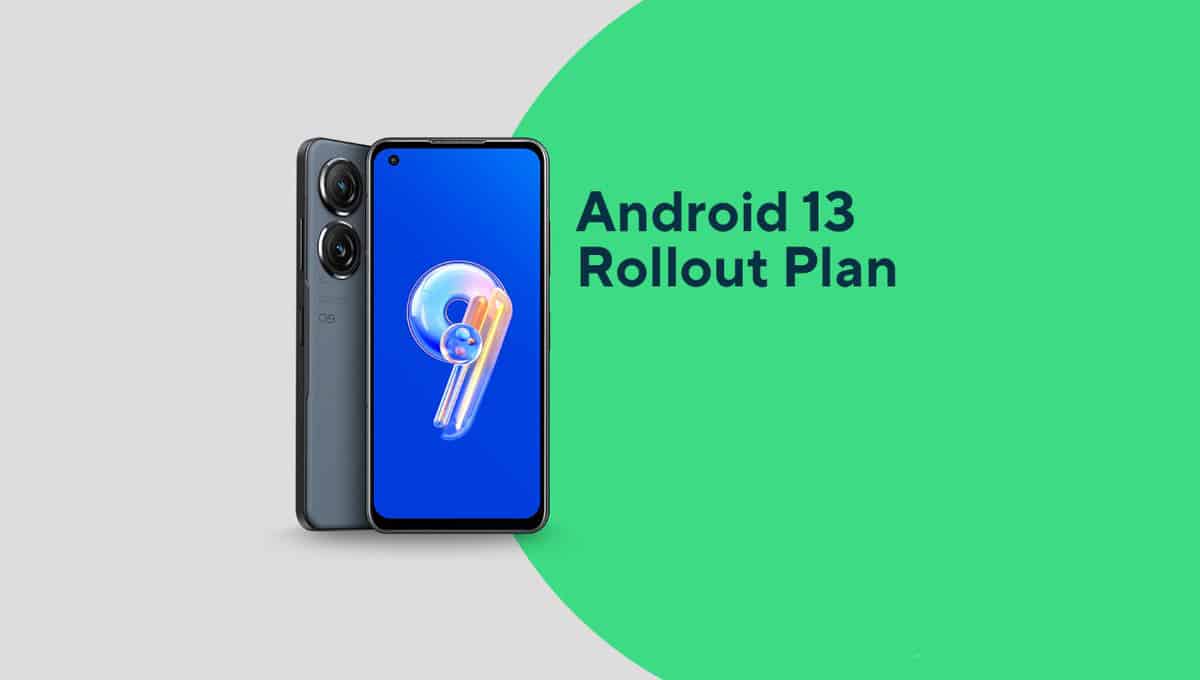 If you own one of the smartphones from ASUS, you’re probably wondering when will Android 13 come your way. Well, ASUS has just shared an Android 13 rollout schedule for its ZenFone and ROG smartphones.

Let’s get right to it, as there are quite a few devices listed here. The first phone that will get the update is the ZenFone 9, as expected. The update will start rolling out to the device next month, in December.

The ASUS ZenFone 8 and ZenFone 8 Flip will follow in January. Those are the two flagships from last year. In the first quarter of 2023, four ROG phones will get the update, the ROG 6D, 6D Ultimate, ROG Phone 6, and ROG Phone 6 Pro. 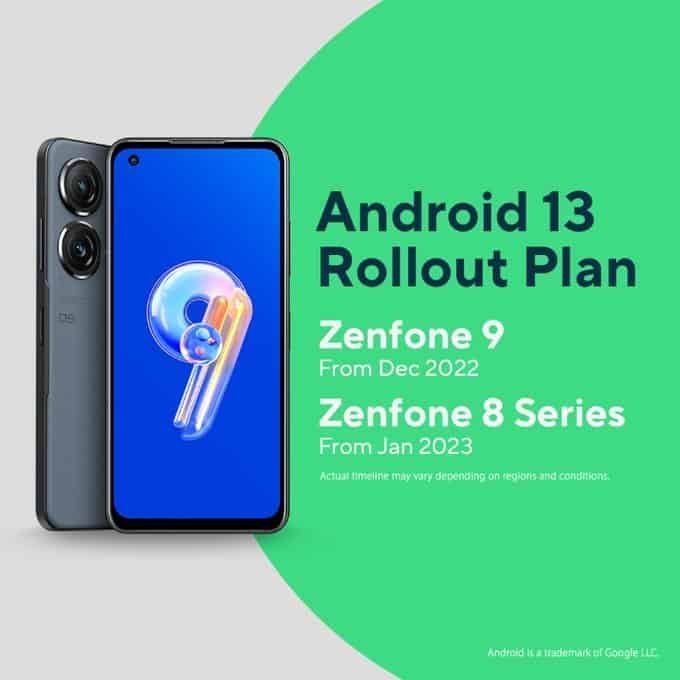 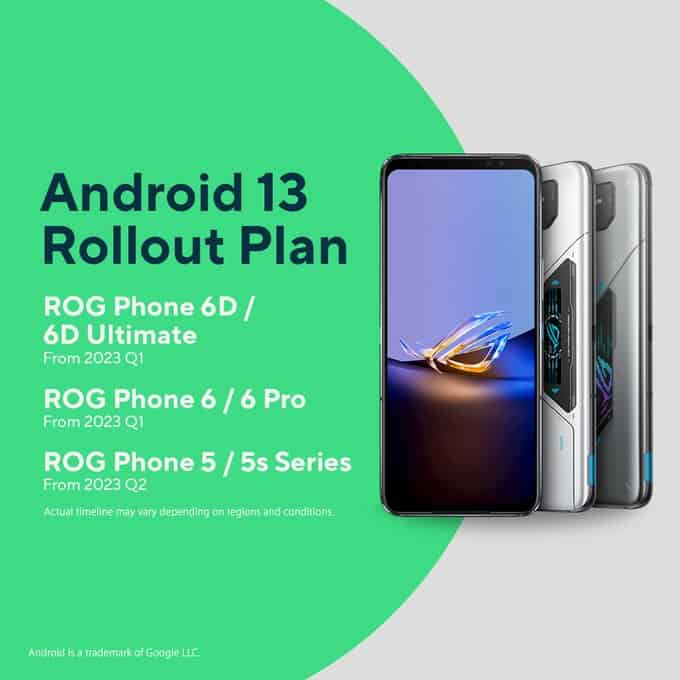 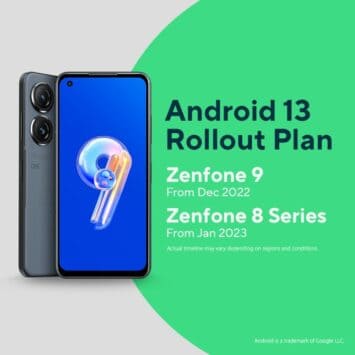 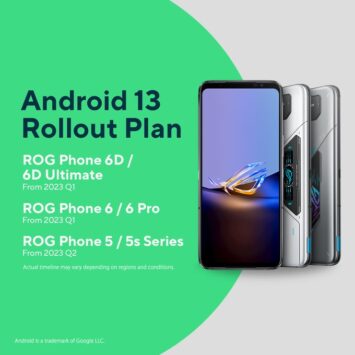 In the second quarter of 2023, five additional ROG phones are expected to follow. Those devices are the ROG Phone 5, 5 Pro, 5 Ultimate, 5s, and 5s Pro. All those phones should get the update by the end of June, at the latest.

Ever since Google started rolling out Android 13 to Pixel phones, ASUS users have been wondering when will the update reach their devices. The company started beta testing Android 13 a long time ago. For the ZenFone 8, the tests began in May, while the ZenFone 9 joined later on. In fact, you can still join the beta program for the ZenFone 9, if you want, from the phone settings.

The ASUS ZenFone 9 is a great smartphone, as we were able to find out in our review. We actually loved the device so much that we awarded it the best compact smartphone of 2022.

This pocket-friendly beast comes with the Snapdragon 8+ Gen 1, and it also offers great battery life. It’s not slippery thanks to its soft-touch back, and its display is also great, and it offers a 120Hz refresh rate. This phone even has great software on board. It will be interesting to see what ASUS changed with Android 13, but you can expect a stock-like build with plenty of customization, similar to what we have now.