Android TV is getting a redesigned YouTube player UI. First spotted by 9to5Google, the updated UI has hints of the Material You design language. It starts with a rounded pill-shaped title box that sits just above the playback progress bar on the left end. The white box shows the video title in bold text, with the channel name, view count, and upload date appearing under the title.

According to the new report, this box replaces the upper-left title text on the YouTube player UI on Android TV and Google TV-powered devices. It can be expanded to show the full description of the video that is playing on the screen. However, the report notes that pulling up the box dims the content. So it may not be the best idea to expand it while watching a YouTube video.

As part of this redesign, channel details and additional video controls have been moved off the left side of the player UI. The like and dislike buttons, subtitles, and quality controls are all on the right side, just above the playback progress bar. Each button has is separate translucent circular housing. As noted by the publication, this change makes it harder to reach the controls. They require more taps on the remote.

The updated YouTube player UI on Android TV also brings another not-so-likable change. According to the new report, related content continues to appear underneath the playback progress bar when you use a remote to scrub through it. This makes the interface more crowded and doesn’t give a very pleasant user experience.

The YouTube app on Android TV doesn’t get too many UI updates. Last year, it gained description and channel shortcuts within the player interface. Google followed it up with a proper playlist UI for its video streaming app for TVs. It allowed you to see all videos in a series. The company is now introducing a redesigned YouTube player UI to its TV platform with some Material You tweaks.

The latest change started rolling out fairly recently but Google seems to be rapidly seeding it to users. The publication confirmed receiving the new YouTube player UI on multiple Android TV and Google TV devices, including Nvidia Shield TV and Chromecast. It is likely a server-side update and should be available to all eligible users globally over the next few days. 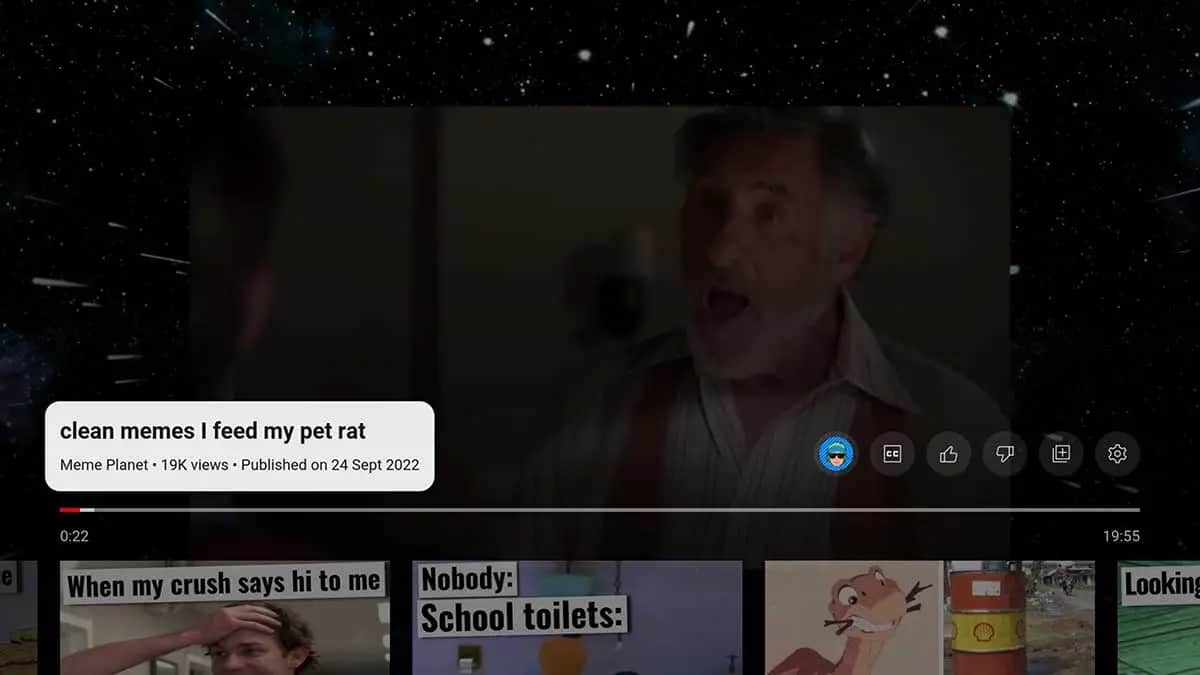