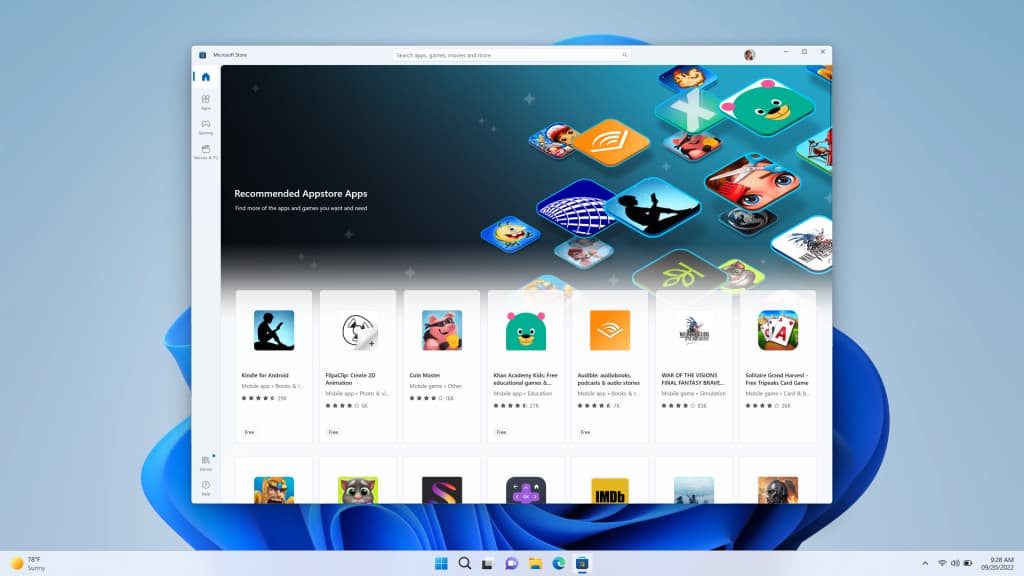 Microsoft is reportedly working on bringing Android 13 support to Windows 11 which will introduce new features for apps to the PC platform. When Microsoft initially announced Windows 11 it revealed that it would add native support for Android apps without the need for software like Bluestacks and other similar Windows applications.

Although Android app support wasn’t available at the start of the Windows 11 launch, it’s been available for much of this year by way of the Amazon App Store. With support for Android 13, Windows 11 uses will be able to get more out of their Android apps on PC.

The future upgrade was spotted by Windows Latest (via 9To5Google) on Microsoft’s official WSA GitHub. With the update promising to give users access to a handful of new features. it is worth noting though that Microsoft has merely posted a future roadmap. The features listed on it are what Microsoft plans to add support for. But that doesn’t necessarily mean all of them will be added.

The feature list isn’t going to be exhausting. Meaning there’s maybe a handful of features users can expect Microsoft to add. The addition of Android 13 support will potentially introduce four new features. At least considering what Microsoft is currently highlighting. Things could change and it could decide to add more down the line.

For now though, here’s what the company seems to be focused on. In addition to support for Android 13 in general. First off, file transfer. There’s also a plan to add shortcuts. As well as Local Network Access by default, and picture-in-picture. That last feature may be one of the more exciting.

Since it’ll open up the capabilities for viewing more than one floating video window while still be able to interact with other apps. Keep in mind that apps still have to be grabbed from the Amazon app store. So there’s no capability to install or use the wider array of apps from Google’s Play Store on Windows 11. At least not without the use of third-party software. You’ll still need something like Bluestacks for that.