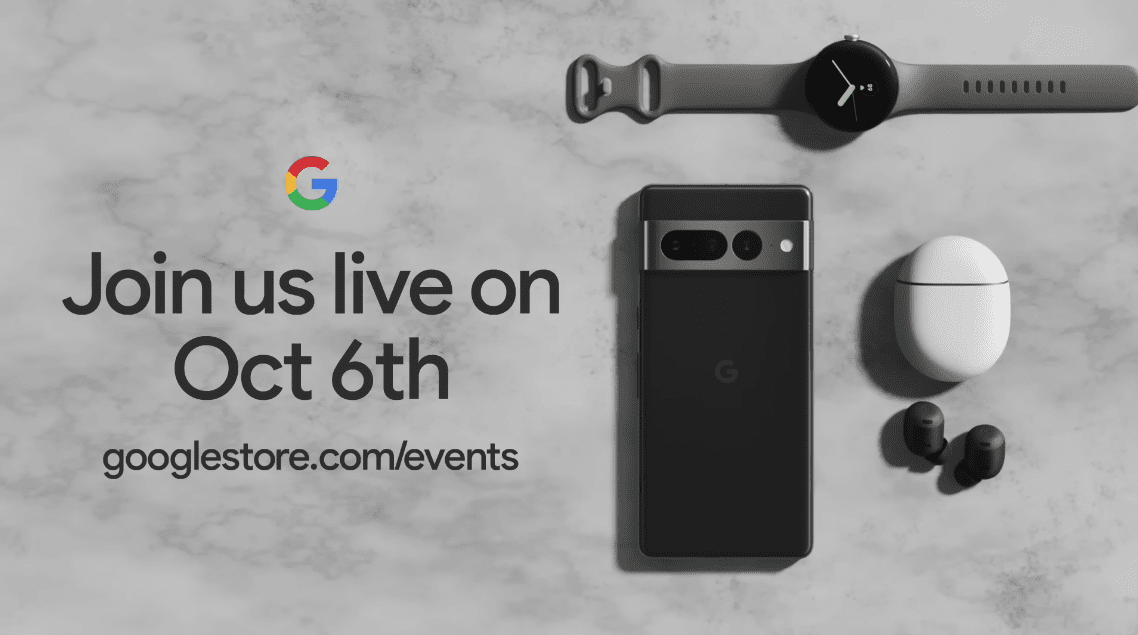 After many leaks of these new products, Google is finally set to announce them today at 10AM ET/7AM PT. This is Google’s first fully in-person event since the Pixel 4 was announced in October 2019. So Google has quite the show to put on this year. And we’re expecting quite a few products at this event. And you’ll be able to watch the Google Pixel 7 be announced live.

First off, we’re expecting the Google Pixel 7 and Pixel 7 Pro at the event, which Google actually pre-announced at Google I/O in May. So we already know what it looks like, straight from Google. And plenty of the specs and features thanks to many leaks.

Then there’s the Pixel Watch, which was also pre-announced at Google I/O in May. It has also been rumored for a few years at this point. We’re expecting this to be a pretty awesome smartwatch, complete with Fitbit fitness tracking.

Google already announced a few Nest products this week, like the Nest Doorbell Wired and the Nest WiFi Pro with WiFi 6E. There’s a chance that those will be on display at the event and that Google may mention them in the keynote. But they have been fully announced already. The Nest Doorbell Wired is already on sale, with the Nest WiFi Pro being up for pre-order and coming out later this month.

It’ll be live from Brooklyn

The Made By Google event will be live from Brooklyn on October 6. This is actually the first time that Google has done an event in Brooklyn. Typically it is in Manhattan or in San Francisco. It’s likely in Brooklyn this year because Google just opened its second physical store in Brooklyn (Williamsburg to be specific). Which isn’t too far away from where the event is being held.

The event will start at 10AM ET, and we’re expecting the keynote to last about an hour. After that, you can head back to AndroidHeadlines and find out all of the details about the Pixel 7 and the Pixel Watch, even those that Google didn’t mention.