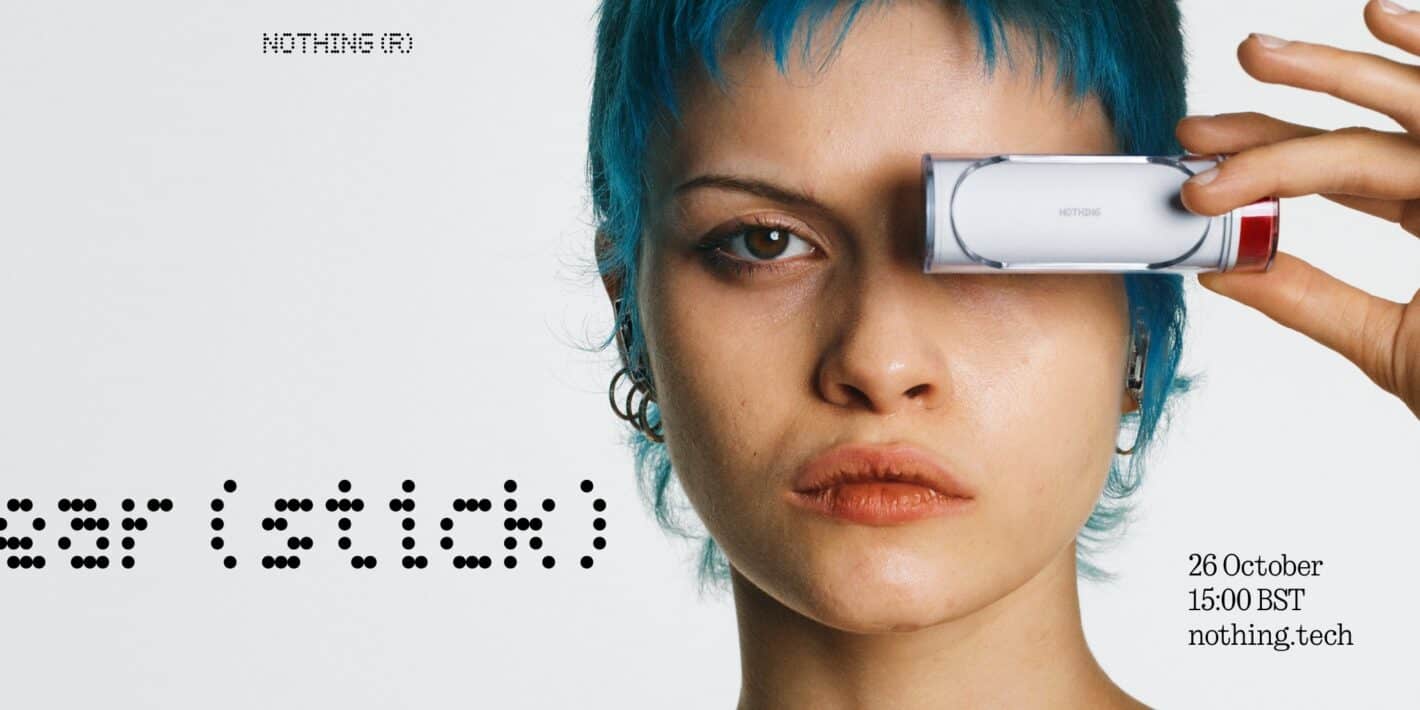 Nothing has confirmed the launch date for its next product. The Nothing Ear (Stick) earbuds will become official on October 26. These are the company’s new truly wireless earbuds, following the Nothing Ear (1).

The earbuds themselves did leak several times thus far, and they will resemble the originals quite a bit. The carrying/charging case will be different, though. It will have a cylindrical shape, which is the complete opposite to the original case.

Nothing will still stick to the transparent design language it started with the original earbuds. The Nothing Ear (Stick) will become the company’s third product, following the Nothing Ear (1) and Nothing Phone (1).

Nothing’s announcement will take place on October 26 at 3 PM BST / 4 PM CET / 7 AM PST / 10 AM EST. The company also confirmed that the unveiling will be live streamed via nothing.tech website. We believe you’ll be able to follow along via YouTube as well.

The company says that the Nothing Ear (Stick) will offer its “most advanced sound experience yet”. The Nothing Ear (1) offered good sound output, so it will be interesting to see how the two compare.

They did surface in renders quite recently

The Nothing Ear (Stick) earbuds did surface in renders, along with their charging case. You can also see the charging case in the official image above the article. You’ll be able to see the earbuds inside the charging case, as it’s see-through. Each earbud has white and red dots on it to signalize left and right earbuds, that’s the same setup Nothing used in the previous pair.

It seems like these earbuds won’t have the same soft silicone tip as the Ear (1). These will come with a plastic tip instead, based on the leaked renders. I don’t really mind, but some of you may prefer the other setup.

It remains to be seen whether these earbuds will offer wireless charging. The sheer shape of the charging case does not seem promising, but it would be odd for Nothing to omit that feature. The first-gen model does offer it, and the company’s smartphone can utilize reverse wireless charging.