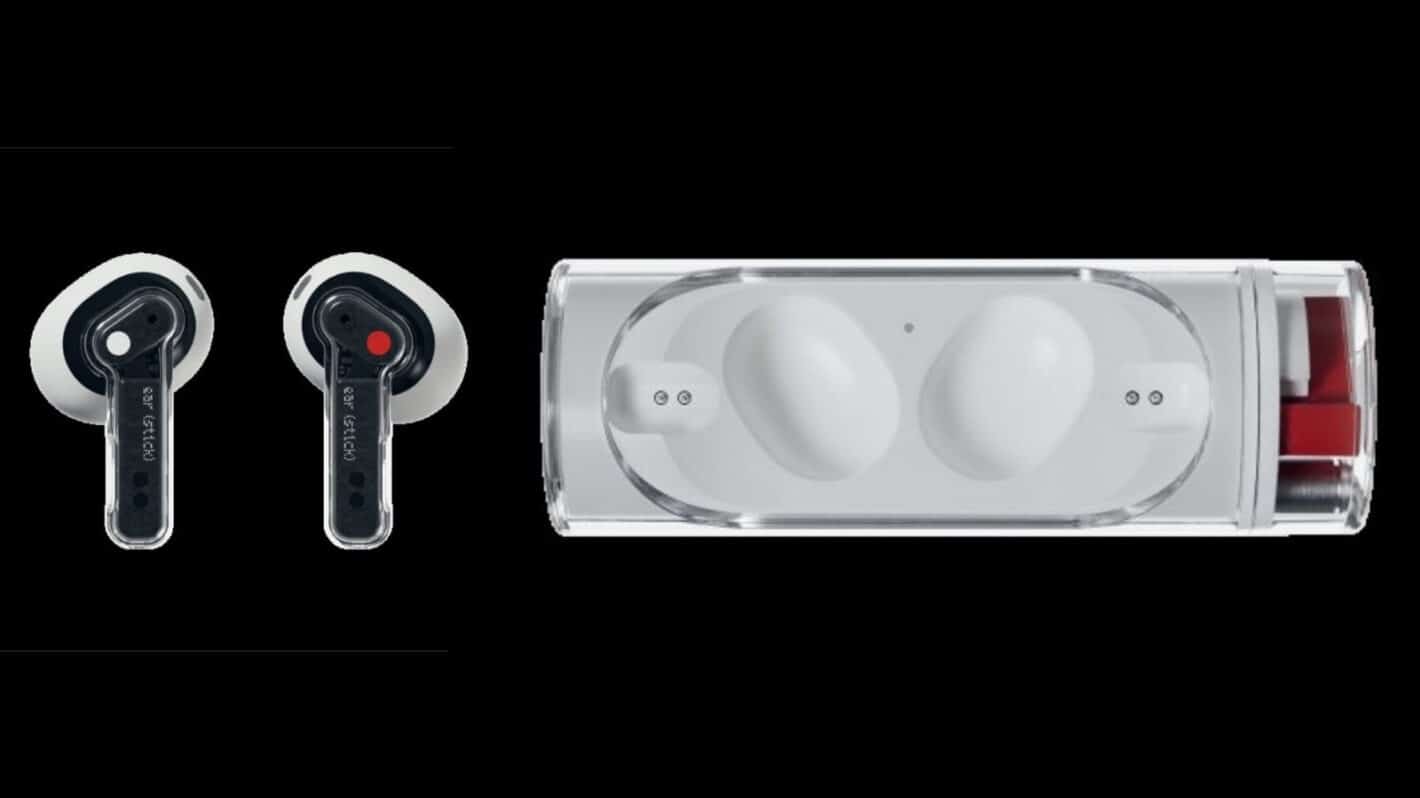 The Nothing Ear (Stick) earbuds are coming, and their design has just surfaced. These earbuds will become the company’s second pair of truly wireless earbuds, following the Nothing Ear (1).

The Nothing Ear (Stick) design has been revealed via leaked renders

Kuba Wojciechowski, a developer, has shared four renders of these earbuds via Twitter. You can check out all four images in the gallery below the article. You will immediately notice how similar they are to the Ear (1), but the case is considerably different.

These earbuds come in a cylindrical case, hence the ‘Stick’ name. On each earbud, you’ll notice the ‘ear (stick)’ branding, which basically confirms the name of these earphones.

Each earbud has a flat, transparent stem, just like the Ear (1). There are also white and red dots that indicate the left and right earbuds. What makes them different than the Nothing Ear (1), is the tip.

The Nothing Ear (Stick) doesn’t come with a soft silicone tip like the Ear (1). There is a rather noticeably plastic tip included here. If you prefer those, great, if not, well… you’re out of luck.

The charging case has a different shape, but the same design language as the Ear (1)

The charging case has the same design language as the Nothing Ear (1) charging case, but obviously has a different shape. It is still transparent, and you’ll need to twist it in order to open it, not just raise its top part.

Still, if that’s a cost-cutting measure, it’s possible. If that ends up being the case, the Nothing Ear (Stick) earbuds will be even more affordable than the Ear (1). Nothing is expected to reveal more information soon, so stay tuned. 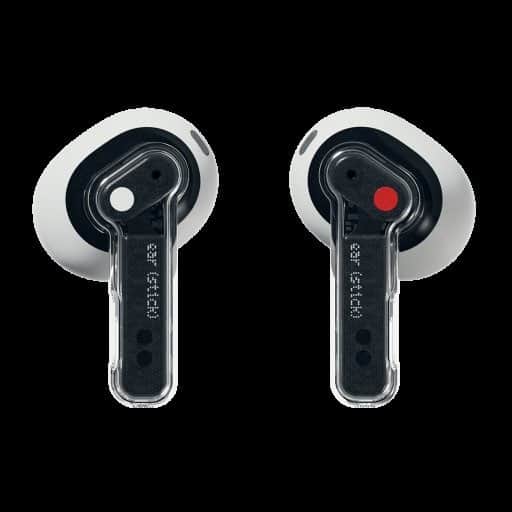 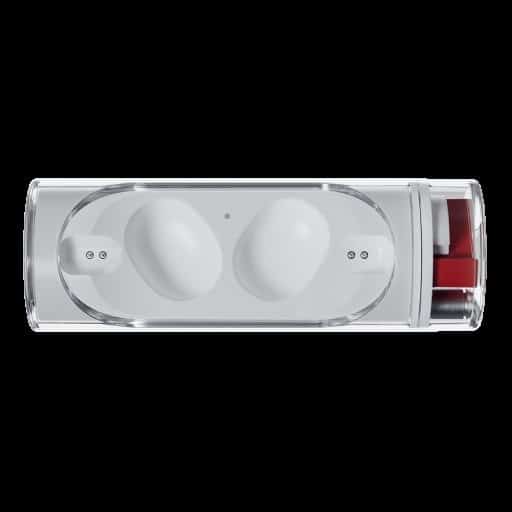 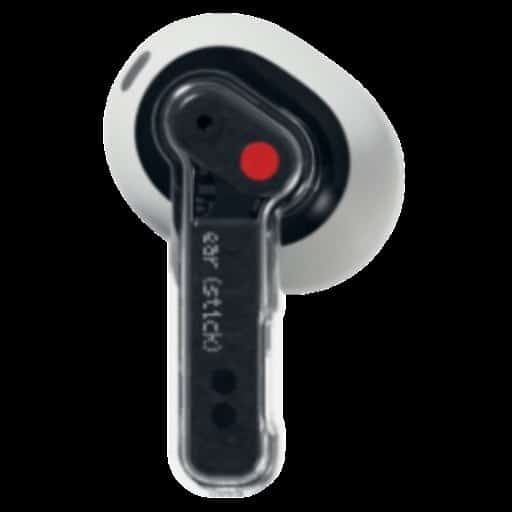 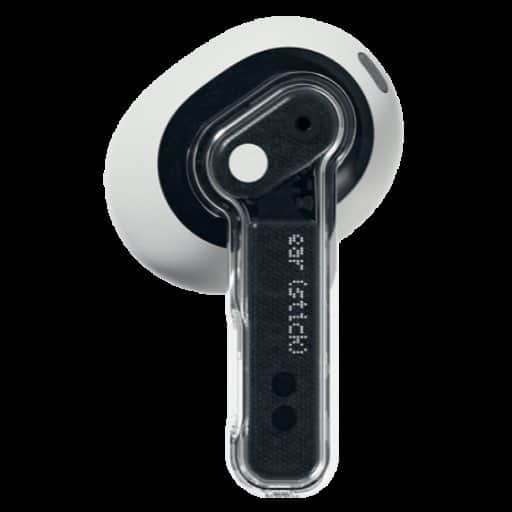 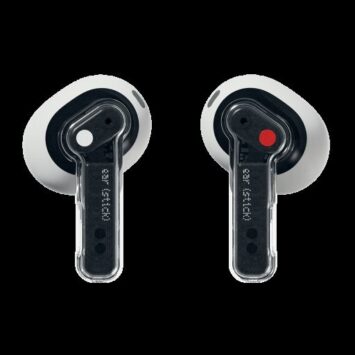 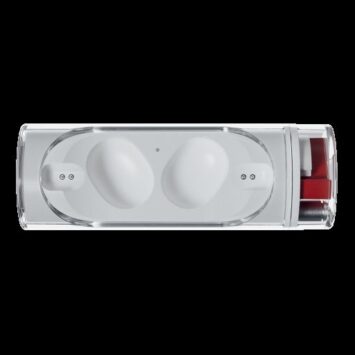 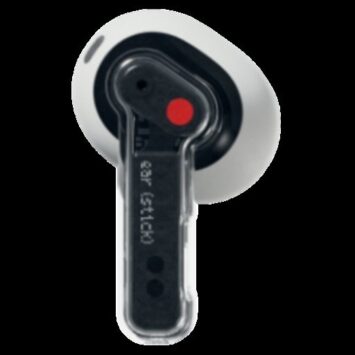 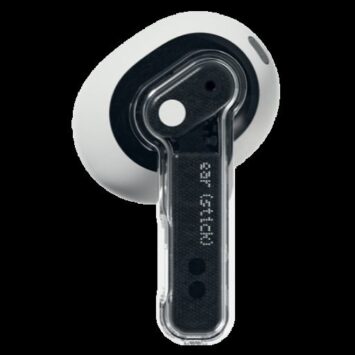