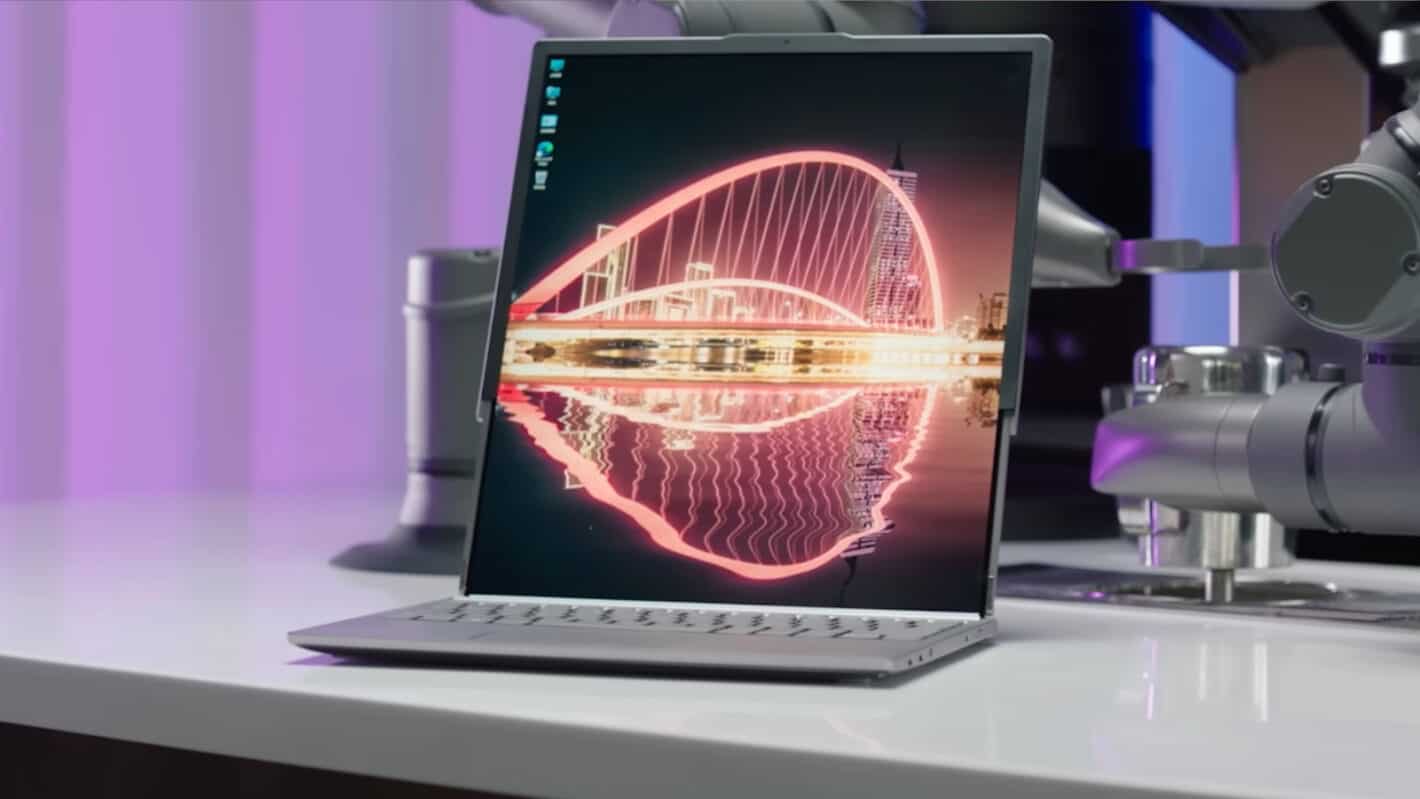 Companies like Samsung, Motorola, Vivo, etc. seem to have the foldable phone form factor down pat. Now, companies are turning their attention to rollable devices. Lenovo just showed off a laptop with a rollable display at Tech World 2022.

Along with showing off a vertically rollable phone, the company executive vice president and president of Intelligent Devices Group, Luca Rossi, introduced us to the company’s rollable laptop.

Lenovo has been working on its foldable display technology with its flexible ThinkPad laptop. It’s also the driving force behind the Motorola Razr foldable phones. But, it seems that this company does not want to stop there.

During the tech event, Rossi showed us what its vision of a rollable display laptop is. Rather than extending horizontally like the LG rollable phone and the numerous Samsung patents, the screen for this laptop will extend upward.

Once fully extended, the display will be significantly taller. It appears to almost double the height of the display, but that remains to be officially announced.
This way, you will be able to display multiple full-sized windows on one display without needing to attach a secondary display.

The Lenovo rollable laptop may not see a release soon

Right now, this is still in a developmental state. One issue with rollable phones is durability. At this point, we’ve evolved to using ultra-thin glass for foldable phones, and that helps stave off scratches. However, you can’t exactly roll ultra-thin glass.

This means that rollable devices need to use less sturdy materials. So, scratches will become an annoyance for users and manufacturers.