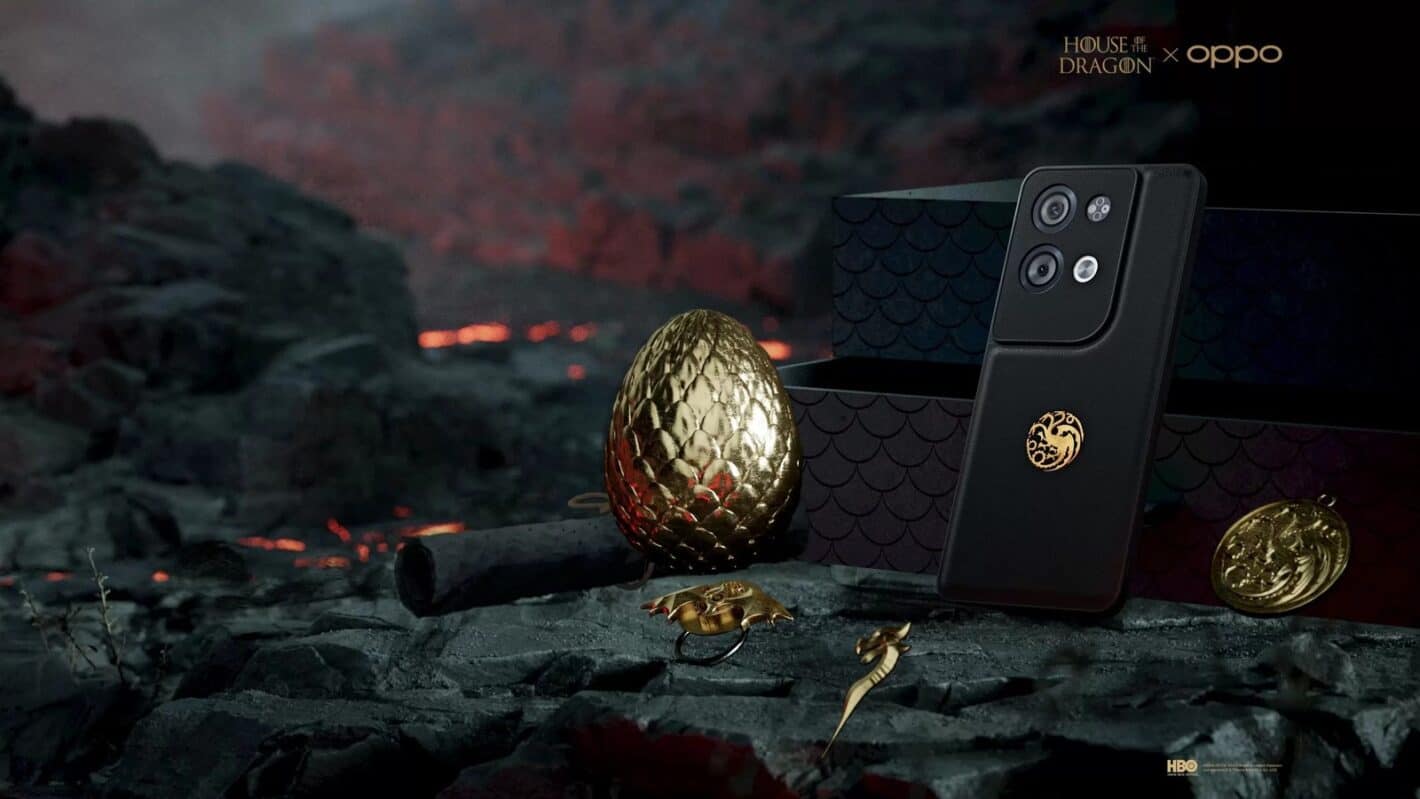 The device in question is called the OPPO Reno8 House of the Dragon Limited Edition, and it’s now official. The phone has been announced, and it’s coming to India only, at least for now.

The device will become available to pre-order soon via Flipkart, quite probably on October 24. Why? Well, that’s when Diwali kicks off, and it would be the perfect timing. The availability and price have not been officially announced thus far.

This phone is essentially a special edition variant of the OPPO Reno 8 Pro. That is a mid-range phone that got announced back in July. It is actually quite powerful, and the specs pretty much remain unchanged here.

It has a leather-like finish on the outside, with a Targaryen sigil

This phone is a bit different on the outside, though, of course. It’s covered by what seems to be a leather-like finish. It is supposed to look like the scaly dragon skin of Balerion the Black Dread dragon.

You will also spot a rather pronounced golden sigil on the back. It is a three-headed dragon that is supposed to represent the Targaryen family, the main focus of the TV show. 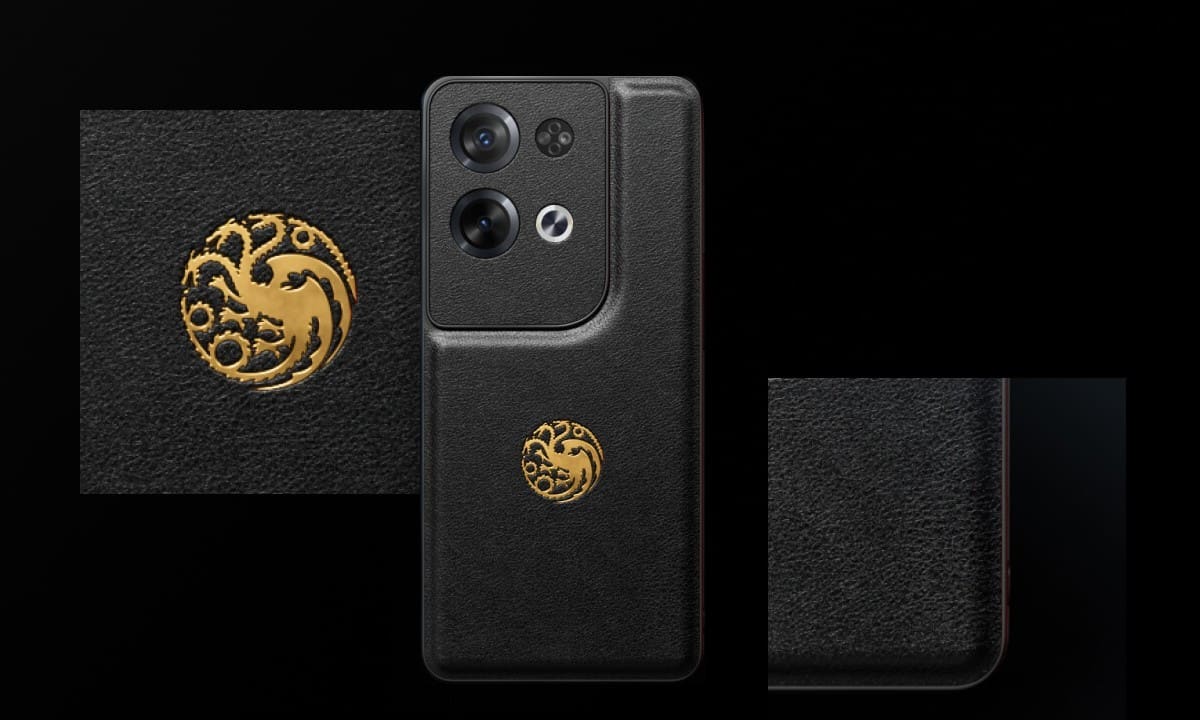 Considering this is a special edition phone, some extra goodies are included on the inside. You will notice a gold and black phone holder, and even a SIM ejector tool is a small golden dragon.

There are also three collectible items on the inside

OPPO also included three collectible items on the inside, a dragon egg, a “handwritten proclamation” by King Viserys I Targaryen, and a Targaryen Sigil Key Chain. All three of those are shown in the image below. 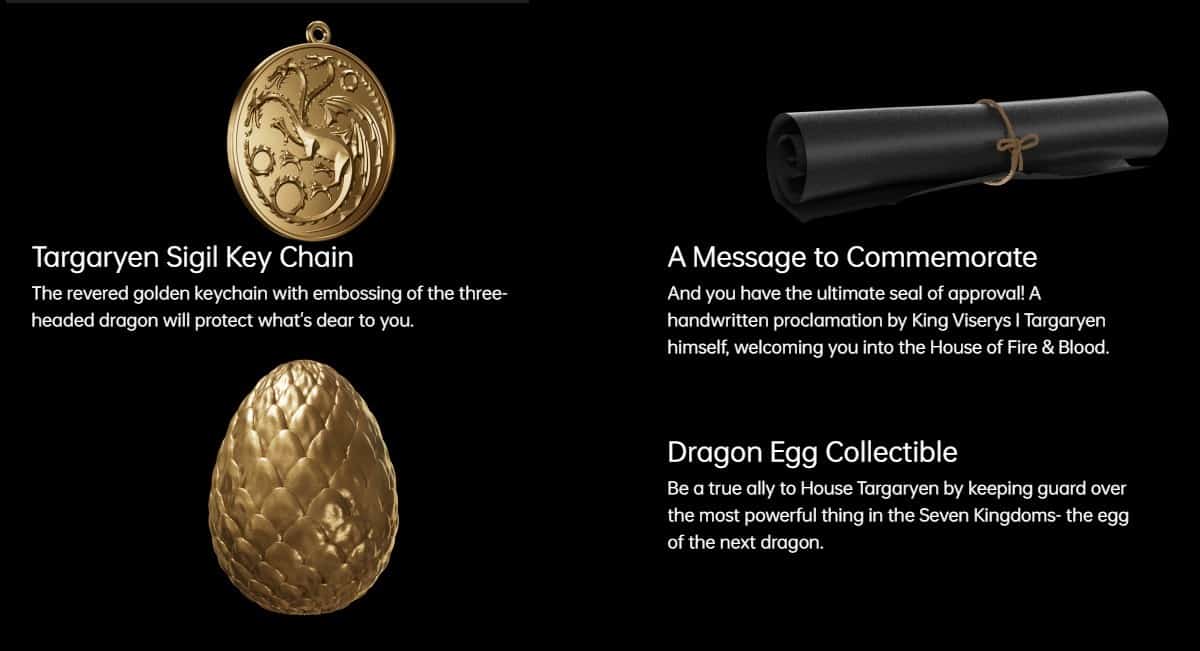 In terms of specs, this phone features the MediaTek Dimensity 8100-Max SoC. That is MediaTek’s 5nm mid-range processor, and it’s quite powerful. A 6.7-inch fullHD+ AMOLED display with a 120Hz refresh rate is also included.

The phone has a 50-megapixel main camera, and three cameras on the back, overall. A 4,500mAh battery is powering the device, while 80W fast charging is also supported. OPPO also included 12GB of RAM here, and 256GB of storage. The specs are basically the same as in the OPPO Reno 8 Pro.