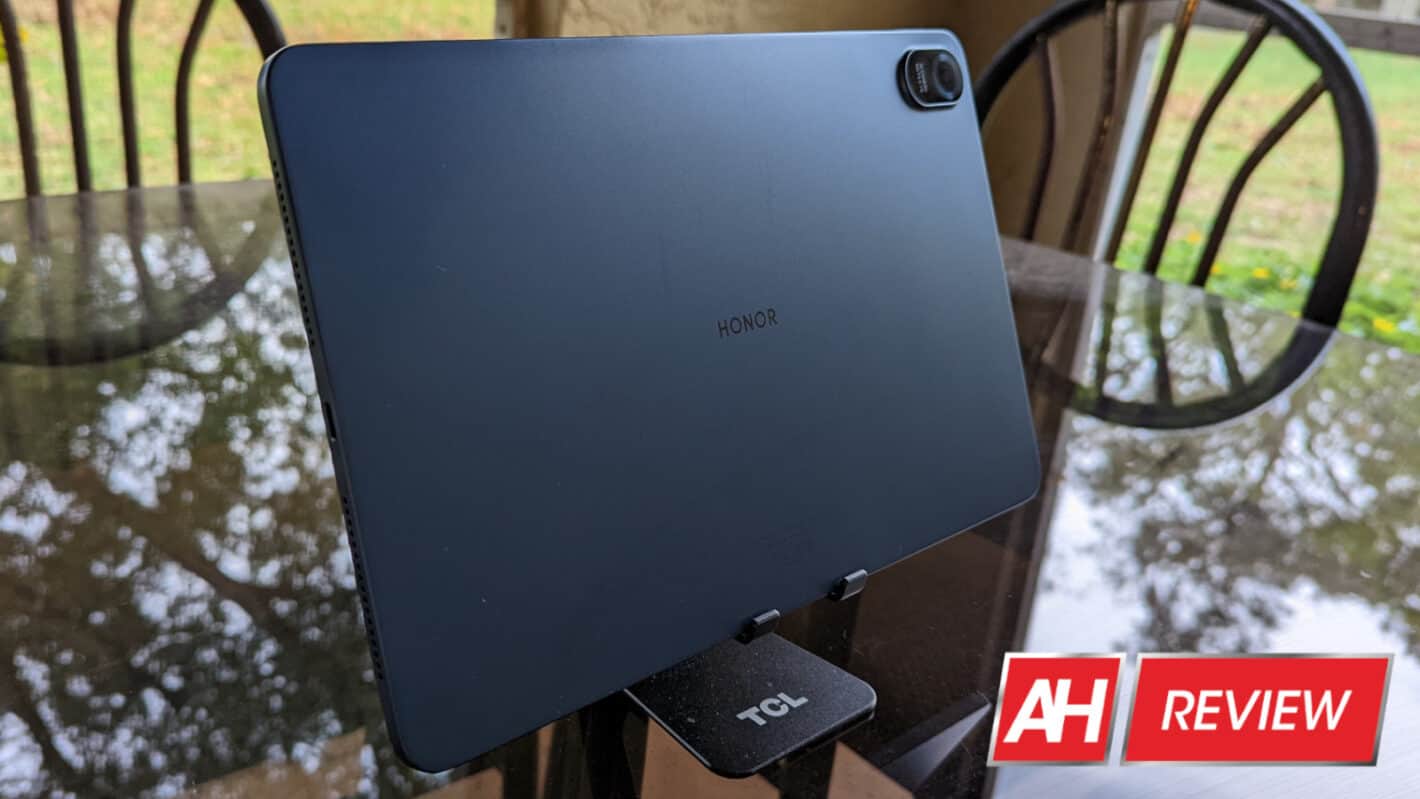 Honor wants to show us that a mid-range tablet doesn't have to perform like one.

Android Headlines was given an Honor Pad 8 by the company. It was used for more than a month before writing this review.

The tablet market is not where it used to be. These devices were snuffed out by the phablet market a few years back, and now it’s struggling. However, companies like Honor still want to prove that tablets are still relevant. We were given the opportunity to review the new Honor Pad 8. Should this tablet be your next business companion? Let’s find out.

Starting off with this tablet’s design, there’s not much that stands out. It’s a pretty straightforward slab with a singular camera housed in a slight camera bump. It has a solid metal body that feels nice to the touch. Picking up this tablet, it doesn’t feel like you’re grabbing a cheap device at all. 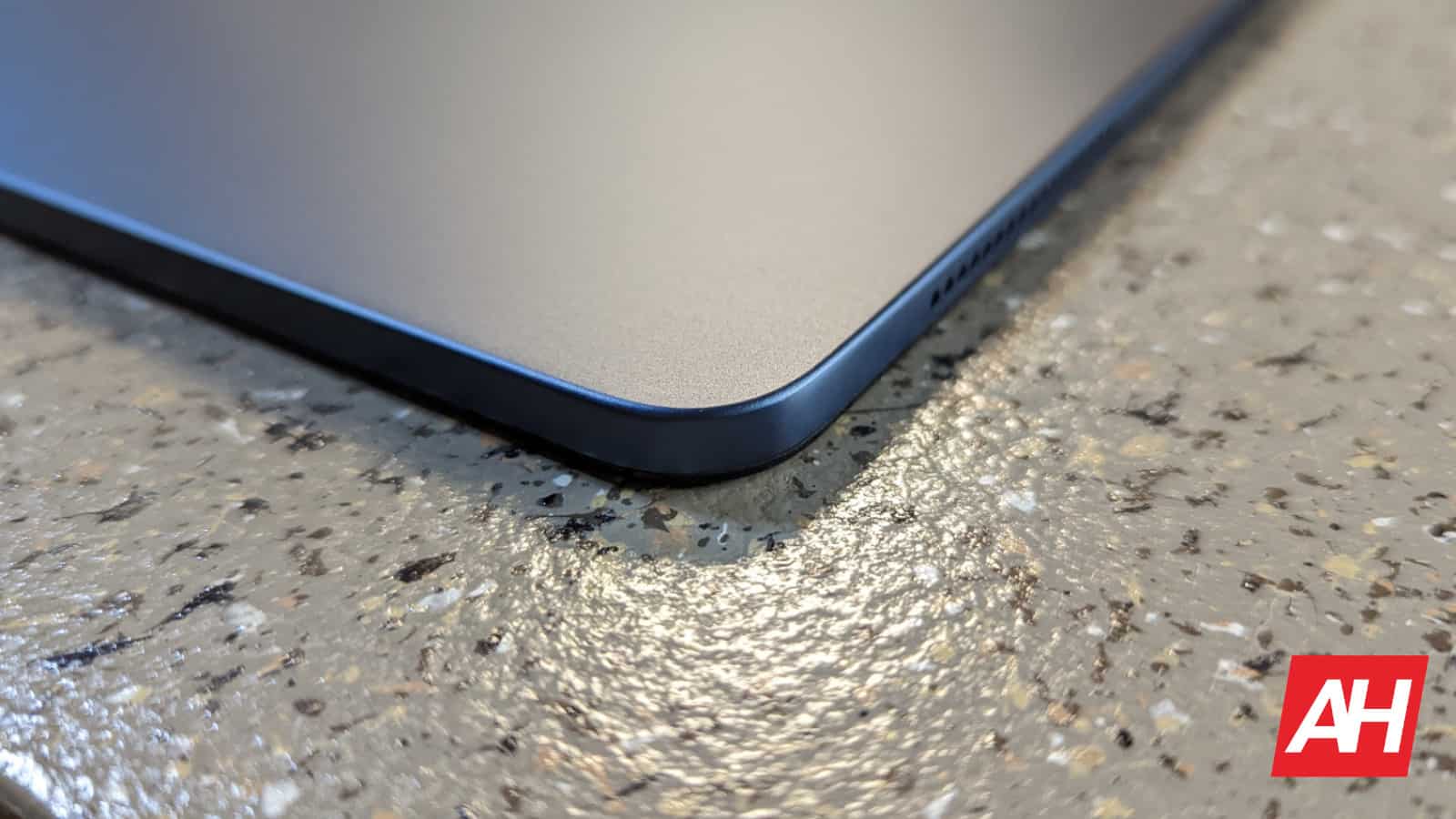 We have two speakers on each side of the tablet with the USB-C port in between one pair. There’s no headphones jack for this device, unfortunately, so it’s either the speakers or your Bluetooth headphones.

The Honor Pad 8 comes with a nice 12-inch 2000 x 1200 LCD panel. There aren’t any bells or whistles with this display, but it’s still a great panel to look at. We’ve become accustomed to looking down on LCD displays compared to OLED displays, but times have changed. 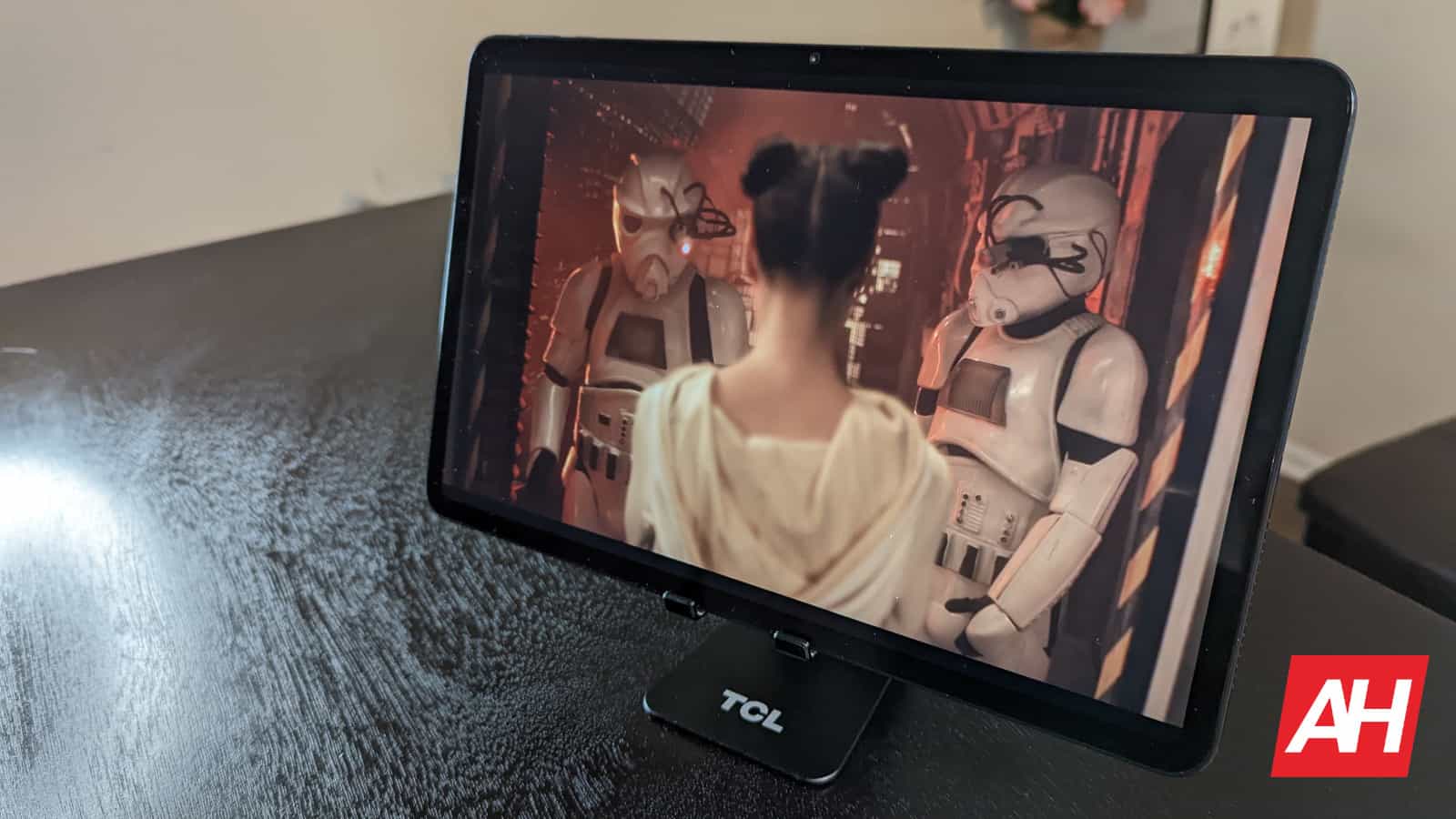 This display has great punchy colors, exceptional contrast, and amazing viewing angles. This is definitely an upper-tier LCD display. If you want to adjust the color temperature of the display, you can do so from the settings.

This display’s about 16% sharper than a traditional 1080P display, but you’ll notice some pixels if you really look closely at the screen. Regardless, the screen is still pretty sharp for its size.

The Honor Pad 8 comes with a fantastic set of quad-speaker. They’re set up to have two speakers on each side of you while in landscape mode. 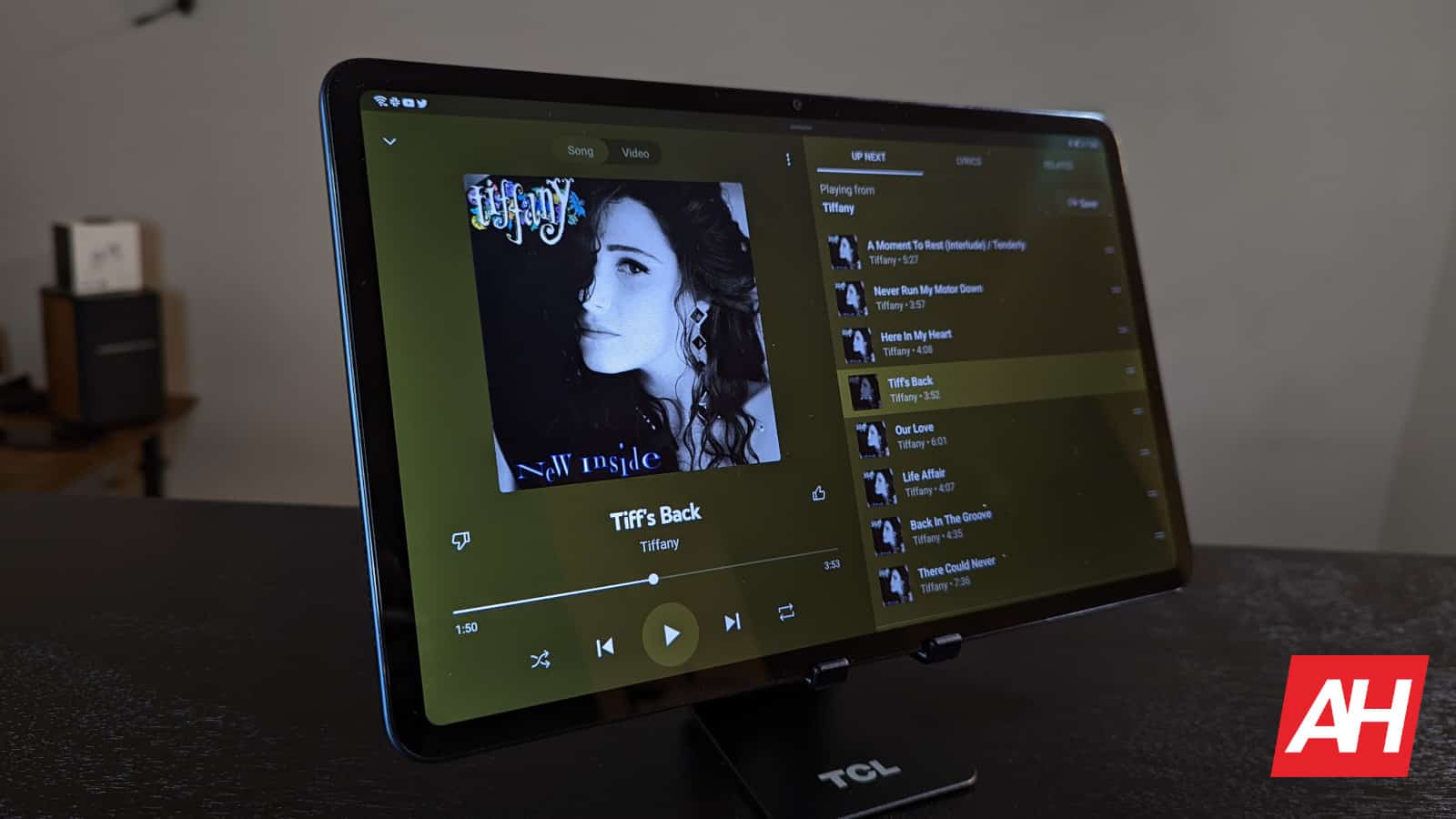 As for the audio quality, these speakers have a lot of depth to their sound. There’s decent bass in the sound with enough attention to the mids and treble to create an all-around great listening experience.

If you want to choose between different sound profiles, you can do so in the settings. Digging into the sound settings, you can choose different EQ presets based on different listening scenarios. You can pick a preset for music, games, movies, or vocals. There’s also a standard mode and an auto mode. The auto mode chooses a preset based on what you’re doing.

This tablet doesn’t exactly have the latest and greatest silicon under the hood, but it’s tough to notice in real-world usage. It uses the Qualcomm Snapdragon 680 4G SoC. However, the instances of stutter within the interface were extremely rare. Gliding through the interface is buttery smooth, and the fluid animations only make it better.

On the gaming front, the Honor Pad 8 was able to easily handle any game that I threw at it. It, of course, handled the simple 2D titles like Simon’s Cat’s “Crunch Time” and simple 3D games like Final Fantasy VII with no hassle. 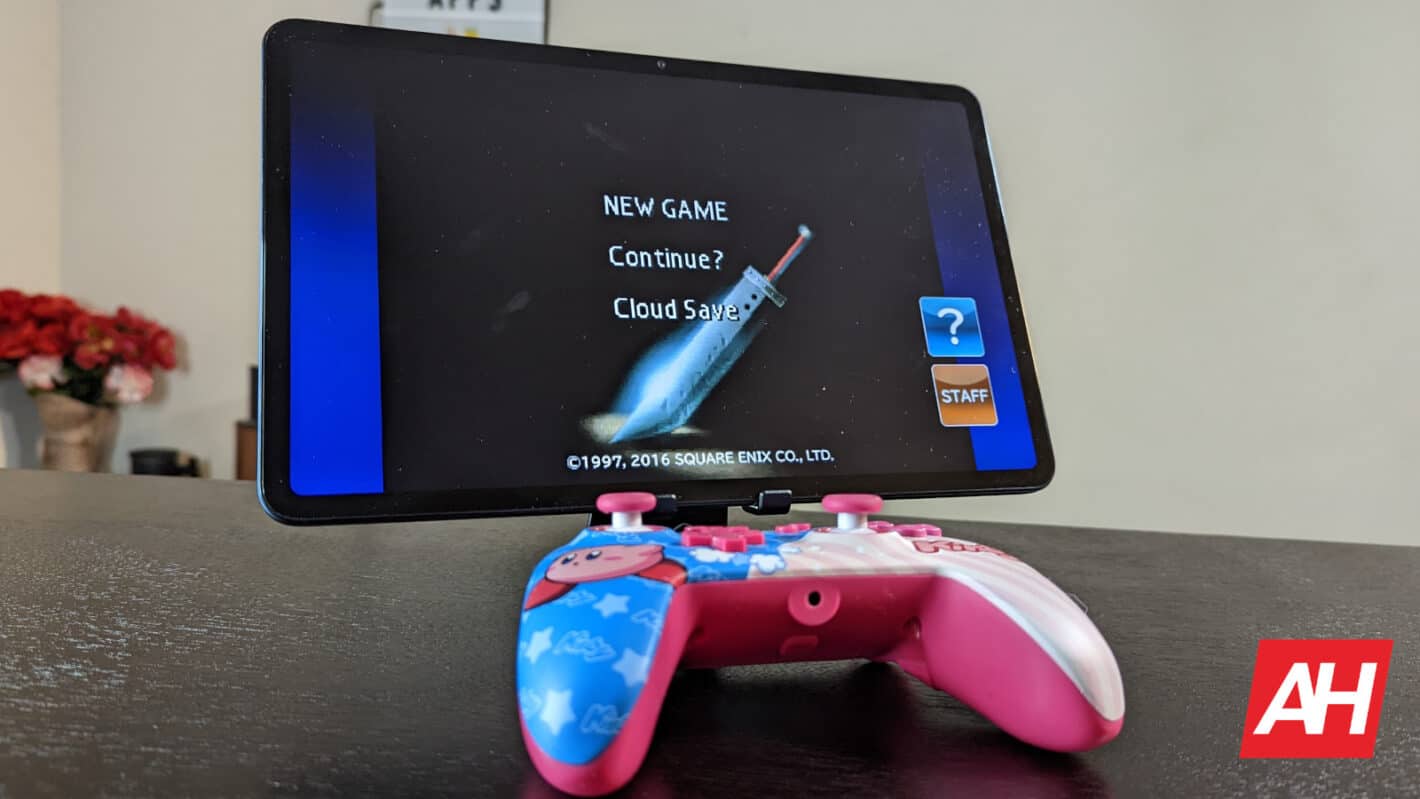 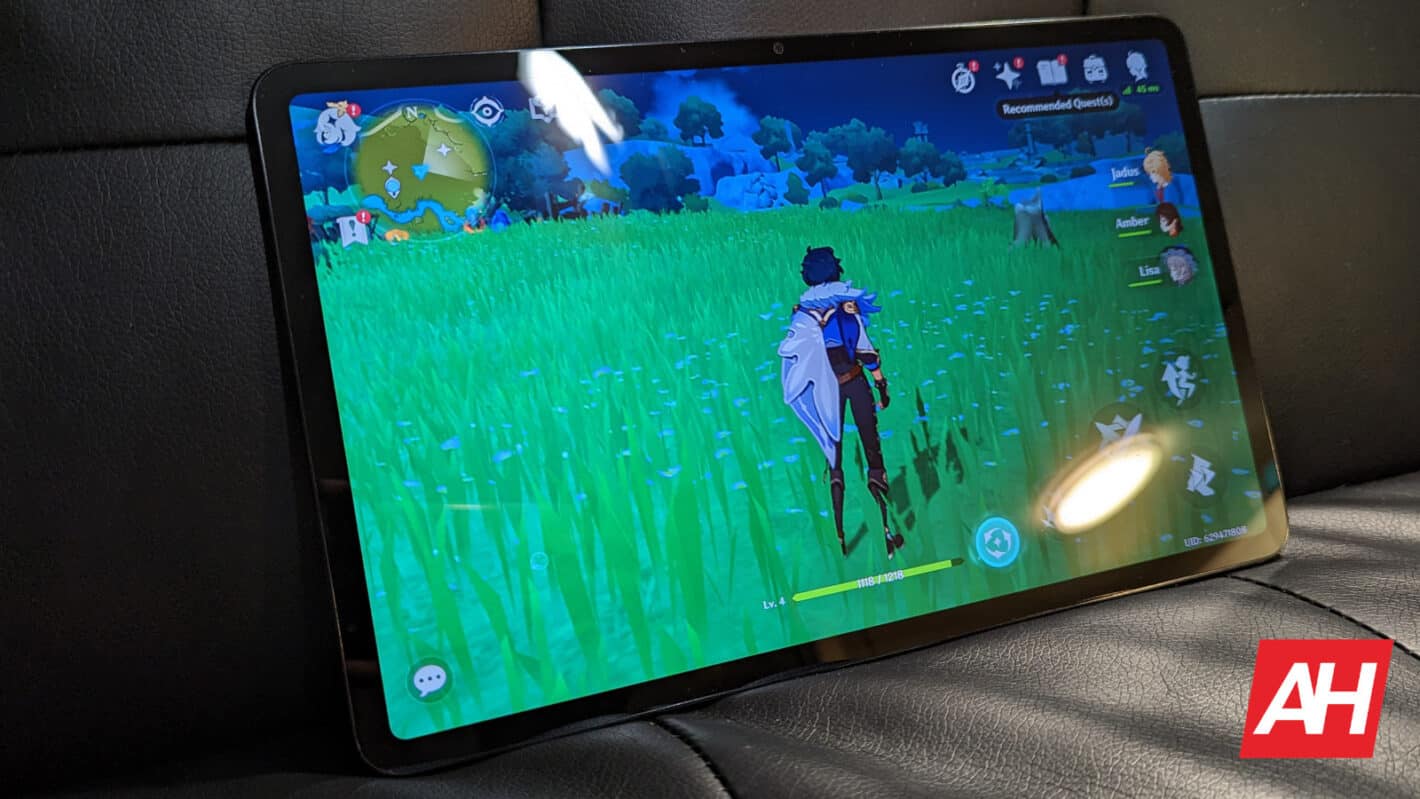 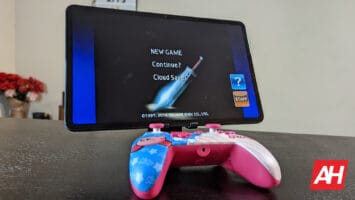 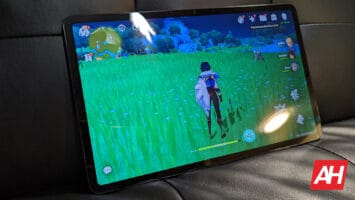 But, those aren’t going to broil a GPU. Kicking things up a notch, I went and installed Genshin Impact on the tablet. It played respectably smooth with only slight jitters every once in a while. It was more than playable. You should have no trouble making this your primary gaming mobile device.

The camera is the only area where this tablet truly fails. Being a tablet, you shouldn’t really expect it to have stellar camera performance. However, in the case of the Honor Pad 8, it’s really bad.

You’re given a 5MP camera on both the front and the back. This low resolution, coupled with the large size of the screen, makes taking photos with this tablet a rather poor experience.

Not only are the images extremely grainy and blurry (even in good lighting conditions), but once you turn the lights down a little, the quality degrades quickly. 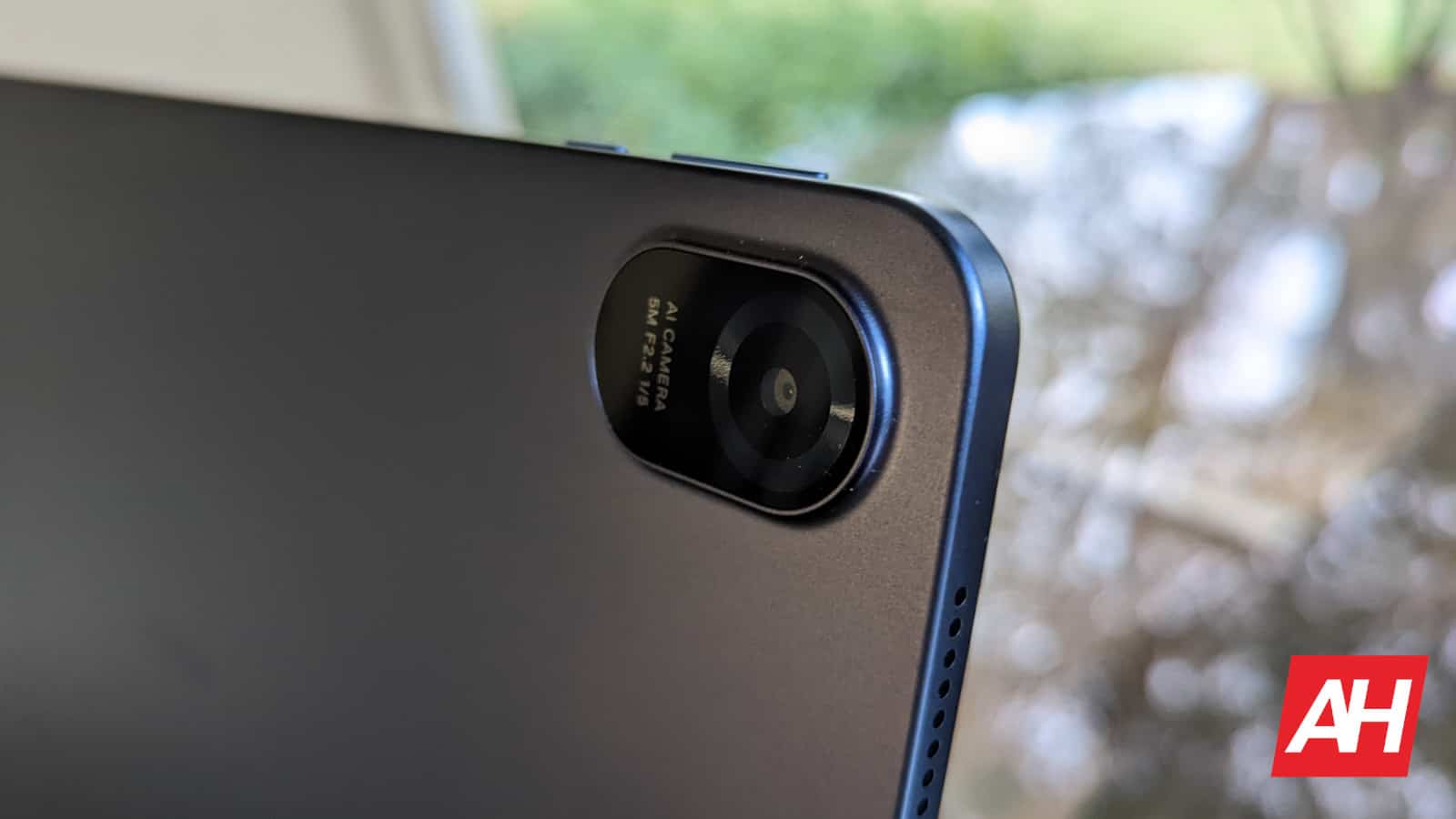 In bright lighting conditions, you’ll have better luck but not much. Also, to make things worse, the colors and dynamic range are just not there. The story is the same for the front-facing camera.

While the camera quality is bad, it’s a feature that you’re not likely to use on a tablet. If you’re in a pinch, it will get the job done, but it’s understandable that the company chose this to compromise.

The battery life for this tablet is amazing. It’s rocking a 7,250mAh battery. I was able to go through heavy work days with hours of writing and some light gaming, and I ended the day with more than 30% left. You’re good to bring this tablet out with you for a workday and not worry about needing a charger. 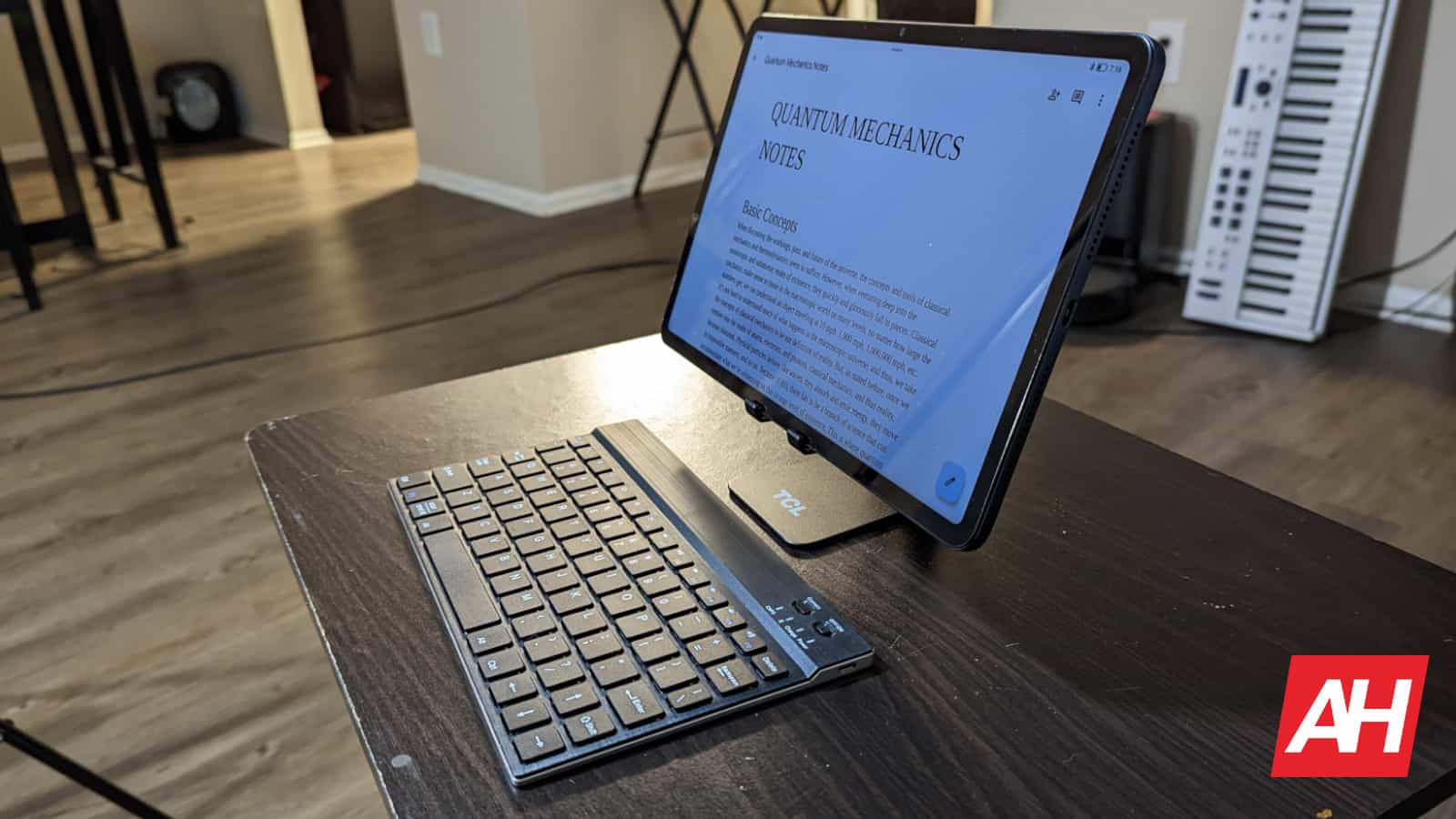 When it comes to charging, you get up to 22W charging. It’s not the fastest out there, and it will charge the battery in a few hours, so you’ll want to plan your charges.

The latest version of the software I’m using is Honor’s Magic UI 6.1 running on Android 12. This is a heavily-modified Android skin. Thus, you’re not going to see any Material You influence at all. This means that there’s also no Dynamic Color, unfortunately. The camera and microphone indicators are there, however.

Honor took the software in its own direction, and it work for the most part. One issue is that some parts of the software remind me of the software on older Samsung devices. The settings menu even resembles TouchWiz from back in the day (yikes!). 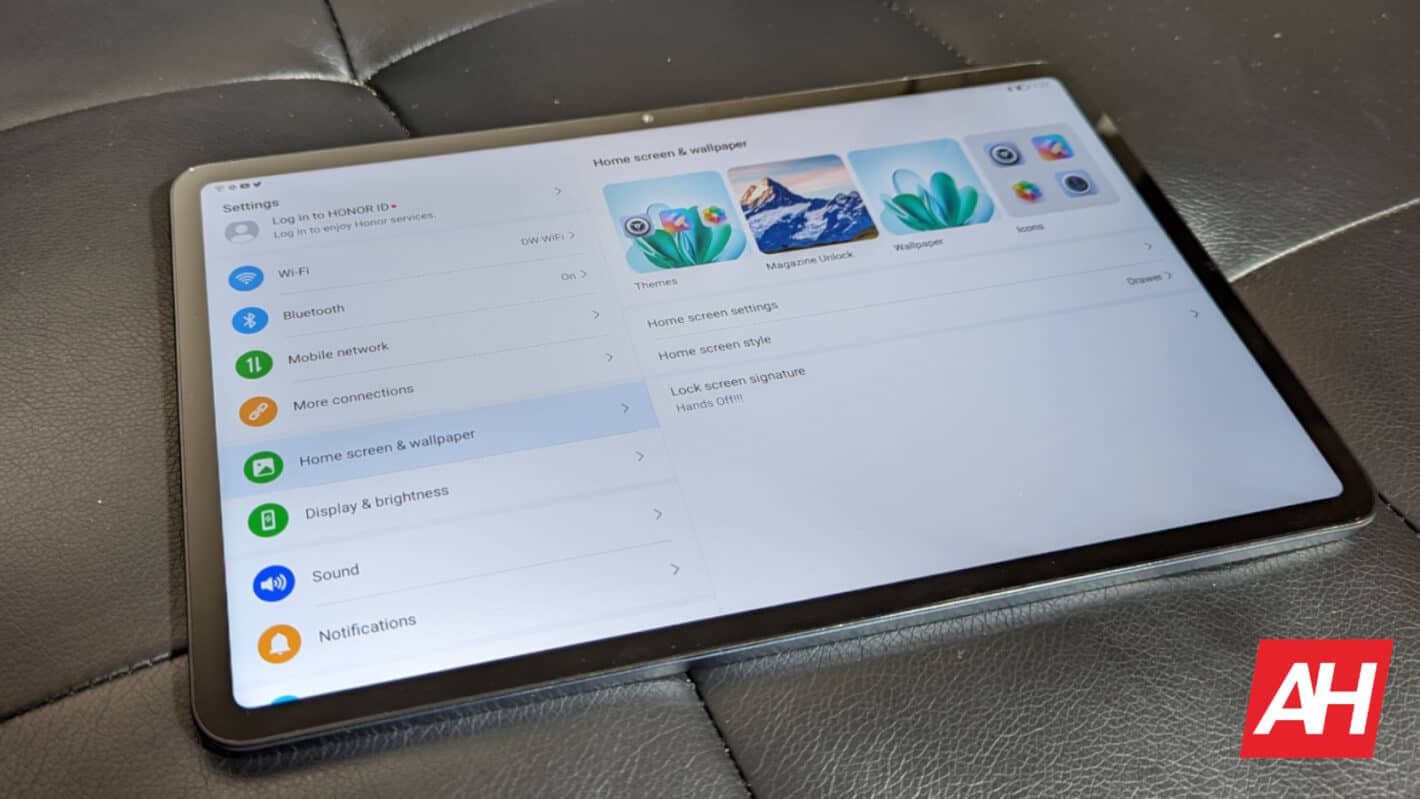 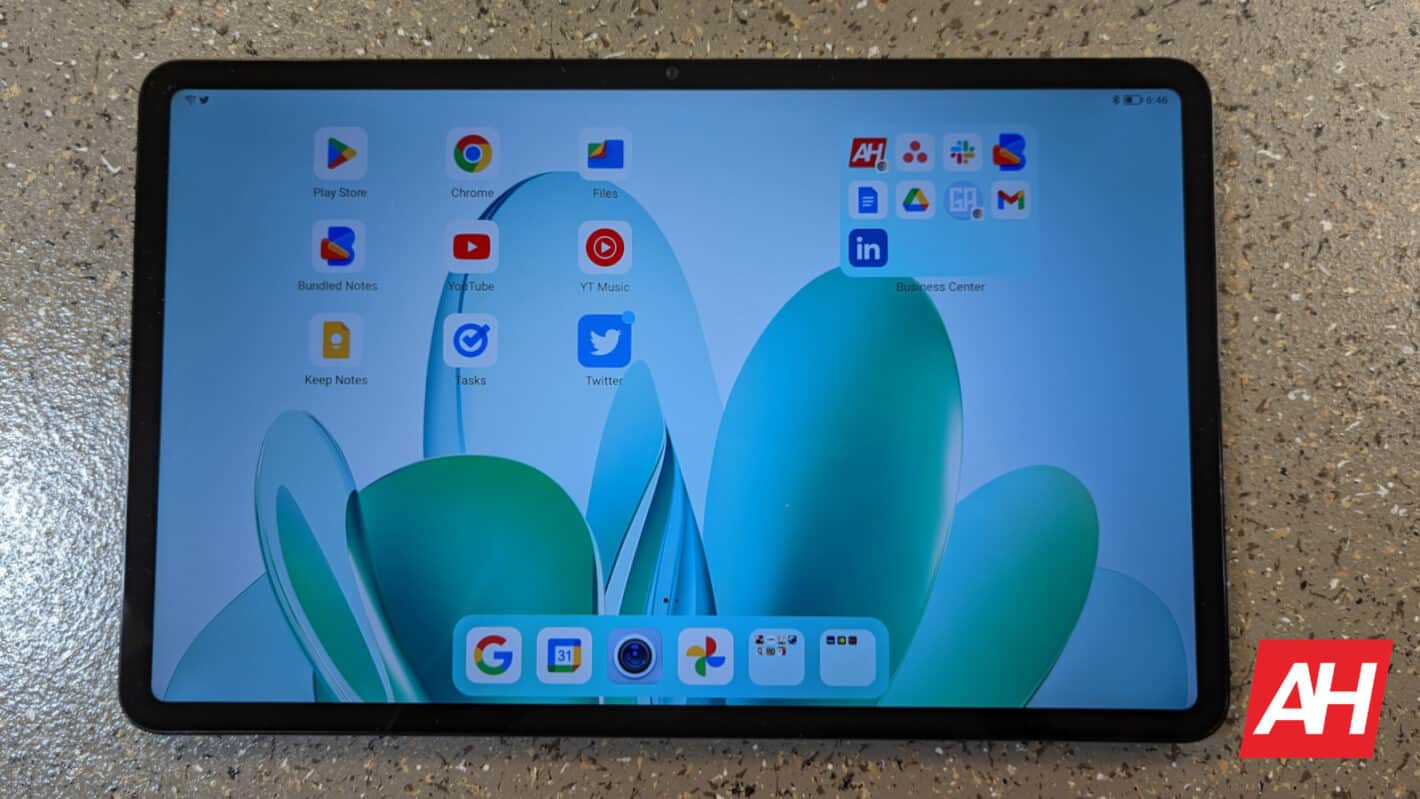 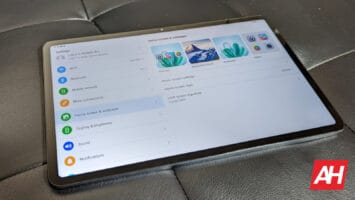 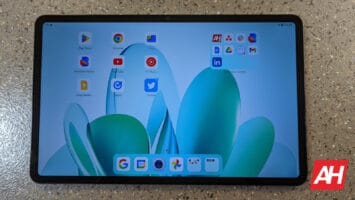 Overall, the software is great to navigate. However, since it’s so departed from stock Android, it doesn’t seem likely that it will get the tablet optimizations we see with Android 12L and 13. The software is still the phone version of Android but stretched out. You still have the benefit of using tablet-optimized first-party Google apps like YouTube Music and Google Calendar.

There are a few little things that I had an issue with. They’re not gigantic, but they’re still worth noting.

Firstly, this tablet uses facial recognition to unlock it along with a passcode. The facial unlocking isn’t the best. There are times when I need to move the tablet when the lighting conditions aren’t absolutely great. I think that the low resolution of the front-facing camera contributes to this difficulty. 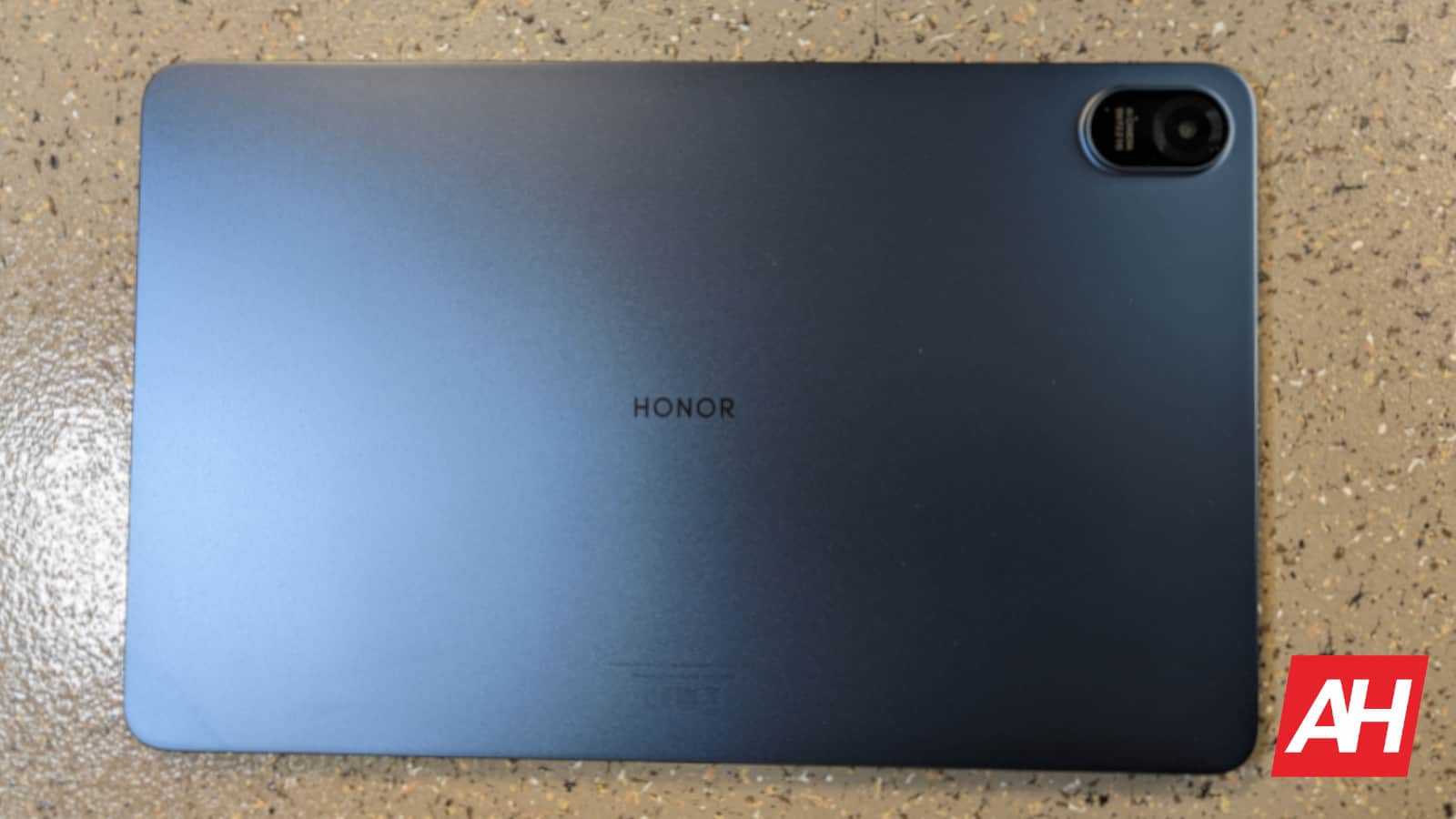 Lastly, if you want to add widgets, they’ll be a bit hard to find at first. There isn’t really a widgets section in the home screen settings. Rather, it’s referred to as “Cards” (Cards are Honor’s first-party apps’ widgets).

You’ll have to scroll all the way down in the cards section and tap on the “Classic Widgets” button. The button itself is really out of the way. You’ll then see all of the standard widgets for your other apps. Honor put so much emphasis on its first-party product that it neglected such a basic feature. It’s a little frustrating.

Should you buy the Honor Pad 8?

In a word, yes! This is a fantastic tablet for its price, and it punches far above its weight class. The performance, speakers, and display are great, and the software is not too shabby.

The only downside is the camera, but the majority of people won’t even use it. This makes it easy to give that aspect a pass. 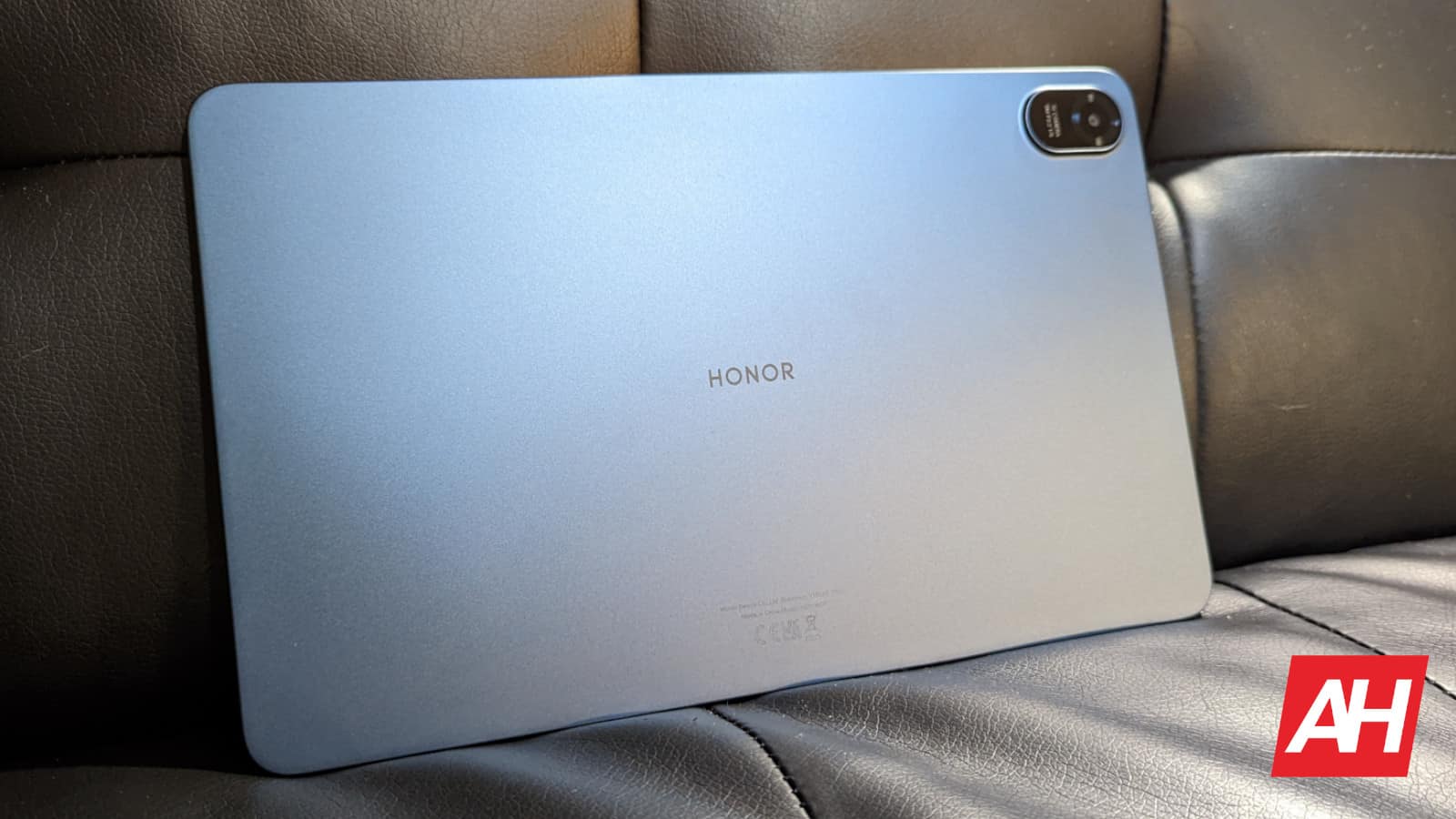 If you’re looking for a great device for both work and play, then I highly recommend that you pick up the Honor Pad 8.