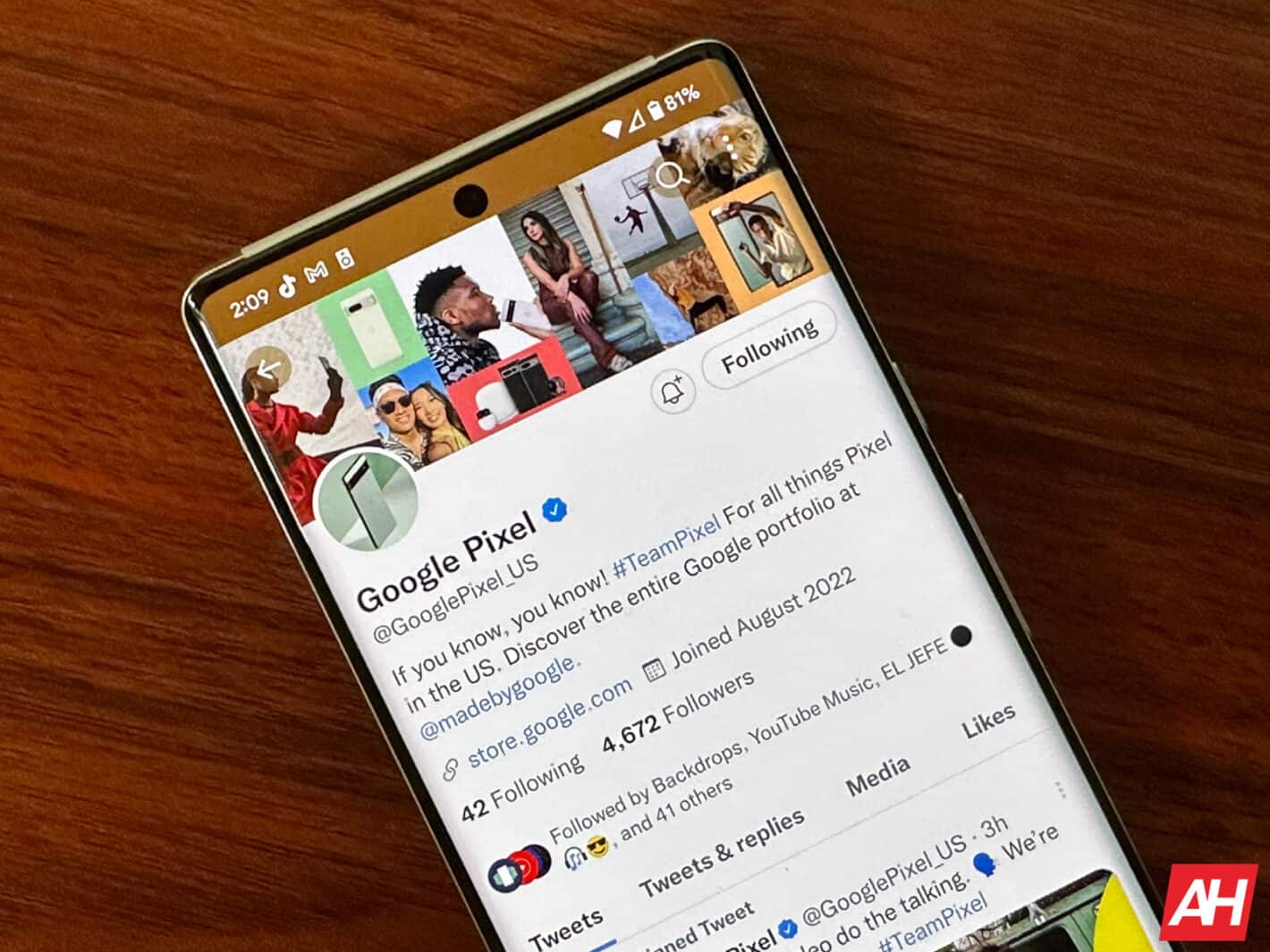 Just ahead of the big Made by Google event tomorrow, the Pixel team has made a US-specific Twitter account. It’s been verified, so we do know that it is officially the Pixel team. And it uses a picture of the Pixel 6a. Which will likely get changed out tomorrow for the new Pixel 7, Pixel 7 Pro and Pixel Watch once those get announced.

Since tweeting out “New phone, who dis?” at 10AM ET, the account has grown to almost 5,000 followers. Which doesn’t sound like a lot, and that’s because it’s not. But remember that Pixel is mostly for the Android nerds out there. So we wouldn’t expect it to grow as big as say the Samsung Mobile US account. As this account is really just for one line of phones – about 3 phones per year.

So what will the Pixel team do with this account?

That’s the real question, what is the Pixel team going to do with this Twitter account? Since we already have a Made By Google Twitter account that tweets out about Pixels and other Google hardware. It sounds like this is going to be a very specific Twitter account, judging by its name. Which is @GooglePixel_US. So it sounds like it’ll only be Pixel and only be for the US.

While the Made By Google Account will likely continue to promote all of the Google products. Which includes Nest as well. If you’re a Pixel fan, it’s a good idea to follow this one.

It’s perfect timing for Google, just ahead of the big Pixel event tomorrow. Where we are expecting to see the Pixel 7, Pixel 7 Pro and the Pixel Watch finally get announced. It’s going to be a big week for Pixel, with pre-orders apparently opening tomorrow, and phones (and watches) being in (and on) customers hands by next Thursday.