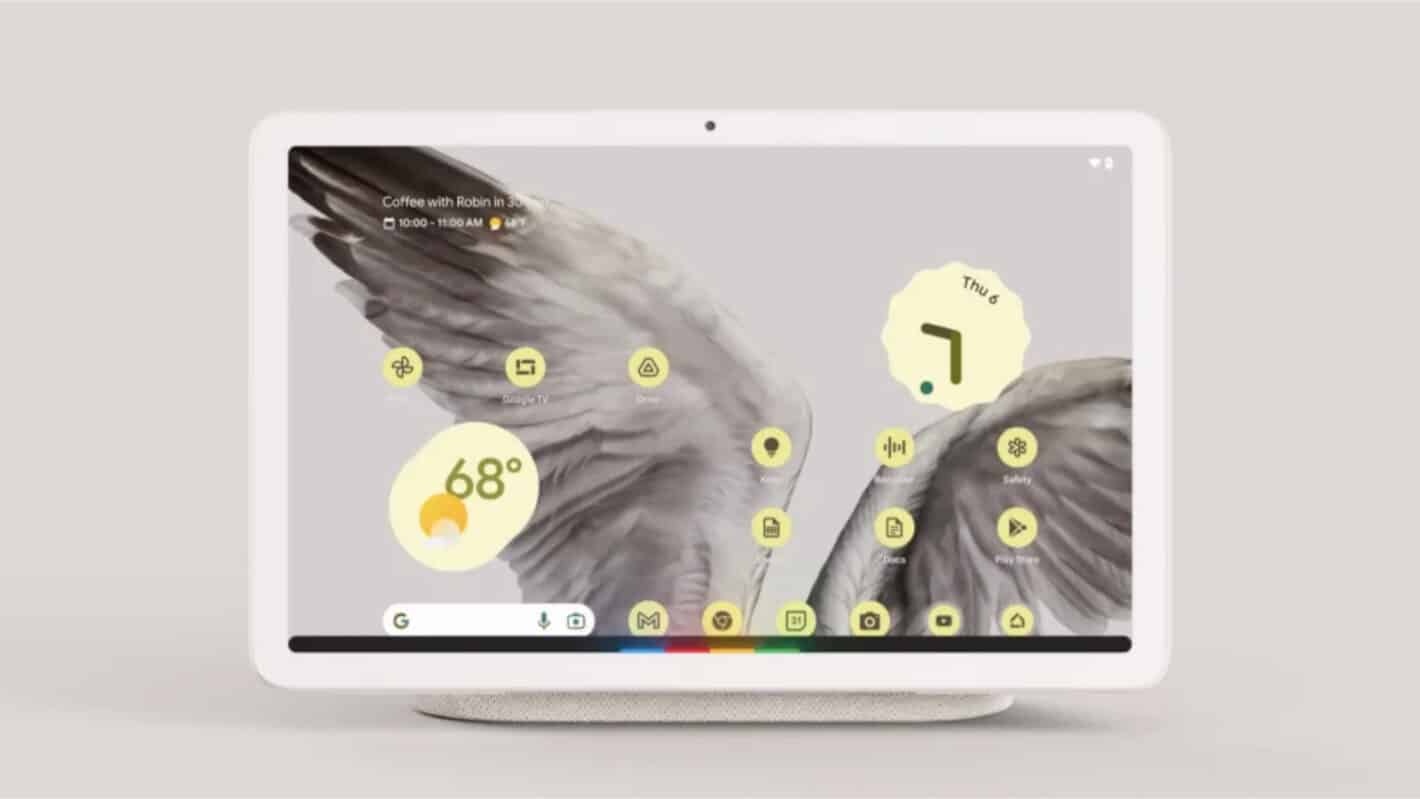 The Google Pixel Tablet is slated to launch sometime next year, and we’ve been getting a few glimpses of what this tablet will have to offer. Following a sneak peek of Google Assistant on the tablet, we have some more visuals to show. Google posted some GIFs that may show off the Pixel Tablet’s software.

In case you don’t know much about the Pixel Tablet, Google showed it off earlier during Google I/O this year. Then, during the October 6th Pixel event, the company showed us some of its capabilities.

With this tablet, you’ll be able to dock it to basically turn it into a Nest Hub device. This will give the tablet much more utility and hopefully make it a compelling device.

Some new GIFs may show us the Pixel Tablet’s software

Based on what Google has already shown us, you probably already know what the Pixel Tablets software will look like. The company showed off several of its tablet optimizations for Android, and we can expect those to have been captured from the Pixel Tablet itself.

Now, thanks to 9To5Google, we have some GIFs that may have been captured from this tablet as well. These GIFs show off some new capabilities coming to Android. The first one shows the keyboard shortcuts feature for Google Keep.

With this feature, using the Google Keep app will be just like using it on the web. This means that you can use ctrl+a to select everything in the note, ctrl+c to copy, ctrl+v to paste, and so on and so forth.

With that feature, we see a GIF showcasing the shortcuts. There’s the bottom bar with Gmail, Chrome, YouTube, Google Photos, Google Keep, and Google Docs. Also, we see the app drawer icon. Up top, we see the pill-shaped button to switch between different profiles along with the notifications, time, and other items.

The next GIF shows the drag-and-drop feature. This one shows the software in split-screen mode. The user is dragging a table from Google Sheets to Google Docs.

In this GIF, we see that the apps on the bottom bar are not themed as they are with the other GIF. We’re not sure if that’s a significant detail. In any case, we don’t expect Google to have used two different devices for these GIFs.

These GIFs scale up

We’ll have to wait on more information about this device to come out, as it’s going to be one of the most exciting tablets of next year. We will keep you posted.