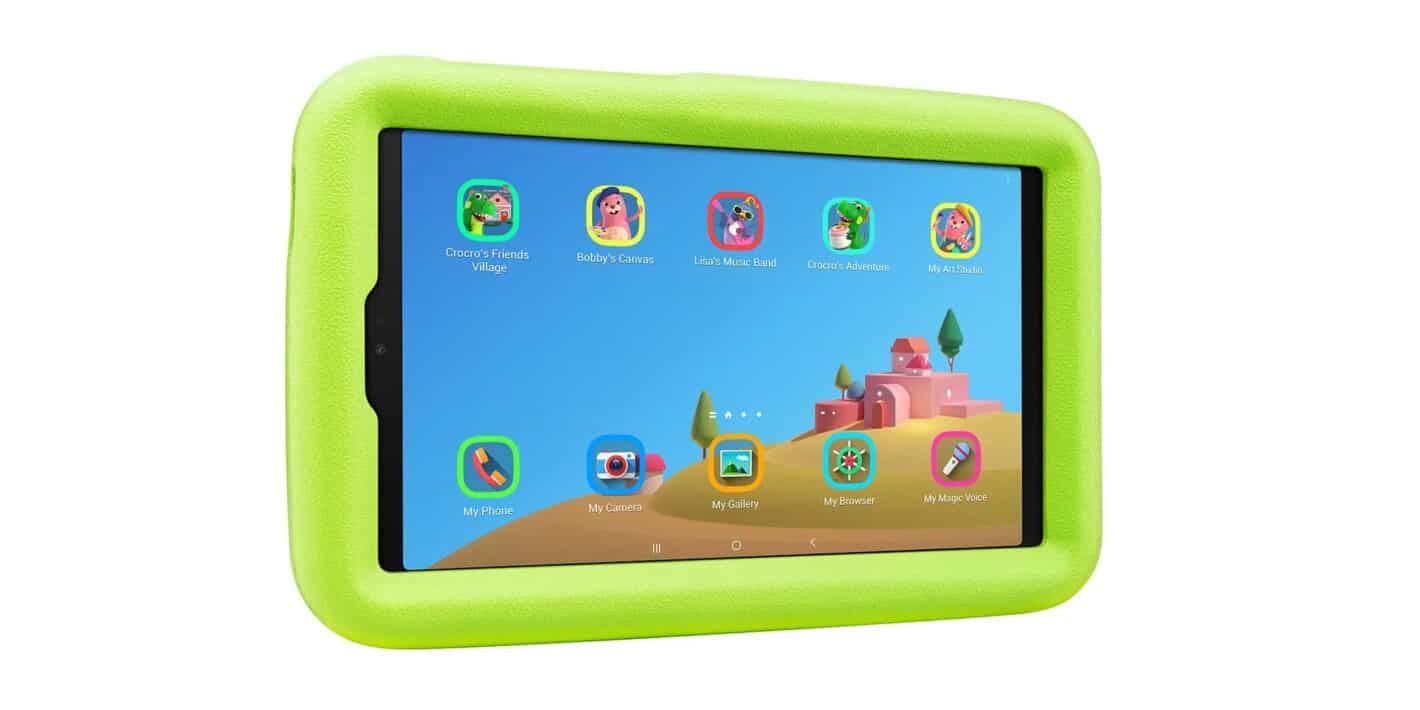 There are several options for ruggedized tablets designed for kids, especially if you’re into Amazon’s Fire tablets. AT&T and Samsung just partnered to deliver another option. This is the Galaxy Tab A7 Lite Kids Edition.

We’re familiar with these rugged kid-focused tablets. As stated before, Amazon has its line of kids’ tablets. These are ruggedized to withstand a lot of abuse, and they also come with some software perks designed for young minds.

Technology is making its way into more kids’ hands, so this should be expected. Samsung has a ton of mid-range tablet lines, and this new kids’ tablet is just a Galaxy Tab A7 Lite with armor.

There’s also a kickstand to help prop the tablet up. This kickstand can rotate 360° so the kids can use the tablet in any orientation.

There’s a single camera on the back that kids might use to take pictures. On the bottom, we see cutouts in the rubber housing for the charging port and the headphone jack.

So, since this is the Lite version of a mid-range tablet, you can’t expect top-notch performance. However, for whatever simple games the kids will play on this tablet, it should be just enough. Also, kids may also just watch YouTube on it.

You can get this tablet for quite a deal

This tablet comes as part of an AT&T and Samsung partnership. At AT&T, you can add the Galaxy Tab A7 Lite Kids Edition to your plan for only $7/month. However, this is a 36-month plan, so you’ll want to keep that in mind. Over 36 months, you will pay a total of about $250.

Along with this tablet, kids will also gain access to the Samsung Kids app. This app will help the kids safely use the tablet. This seems like a great deal if you have kids that you want to entertain safely. If you are interested in getting this tablet, it will be available on November 4th.