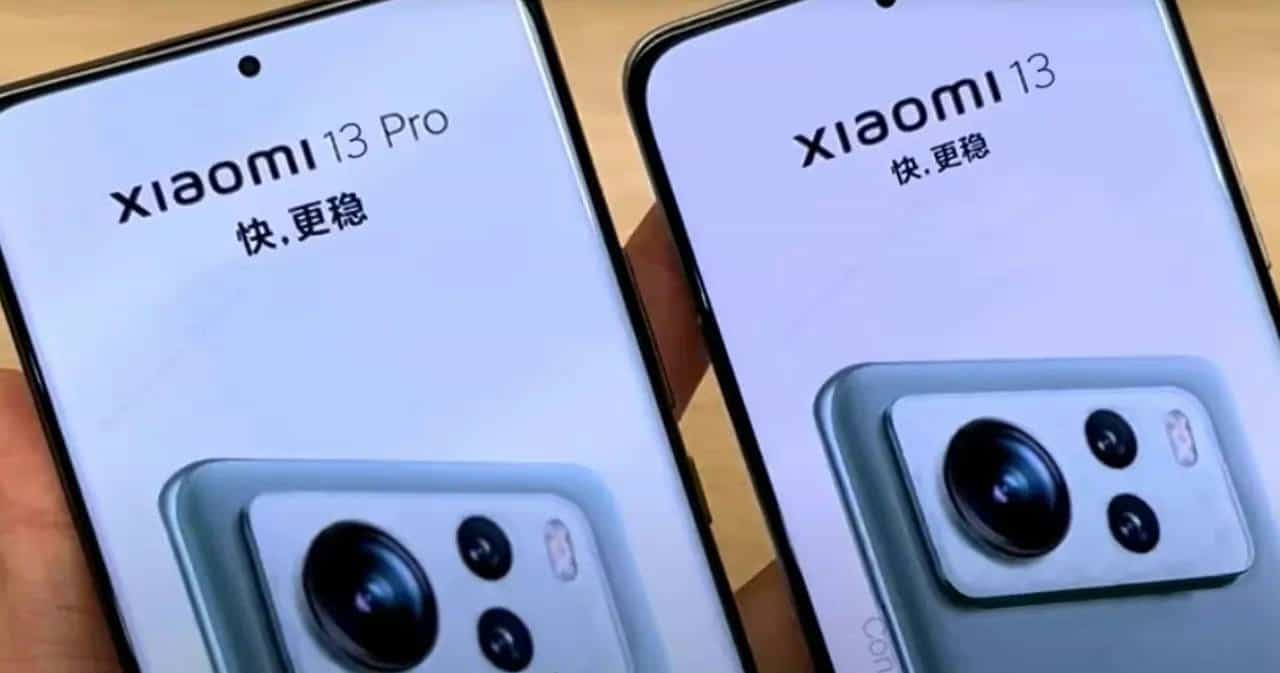 The Xiaomi 13 and 13 Pro have just appeared online, and that leak basically reveals what the two phones will look like. These are the company’s upcoming flagship handset, and they will likely launch at the very end of the year.

If you take a look at the image below this paragraph, you’ll be able to see the two devices side by side. On each of their displays, you can see written which is which, plus their back sides.

Truth be said, we don’t get the whole picture here, as we don’t see the bottom part of the two phones, but this is quite revealing. The most important parts are shown here, basically.

Do take this leak with a grain of salt, of course, as you would any other that does not come from the usual sources. That being said, it seems like both phones have curved displays. The Xiaomi 13 is expected to be smaller, and based on this image, it will be, though we’re not sure by how much, as we don’t see entire devices side-by-side. It does seem to be narrower, though.

The rear camera setup is entirely different than on the current-gen models. It looks different, more similar to the one on the Xiaomi MIX Fold 2, but not the same, not at all.

A 1-inch camera sensor is expected

It is quite obvious that the main camera is on the left, as it’s huge. That could easily be the same 1-inch camera sensor Xiaomi used in the Xiaomi 12S Ultra. The Xiaomi 13 and 13 Pro will basically deliver it to global markets.

The Xiaomi 12S Ultra turned out to be a great camera smartphone, thanks to that sensor, Leica’s lenses, and input. So, we have high hopes for the Xiaomi 13 series, that’s for sure.

Some of the specs appeared as well

Now, a separate leak did share some of the specs of the device. You can see the second image that leaked below this paragraph, and on it, some of the Xiaomi 13 specs are mentioned. 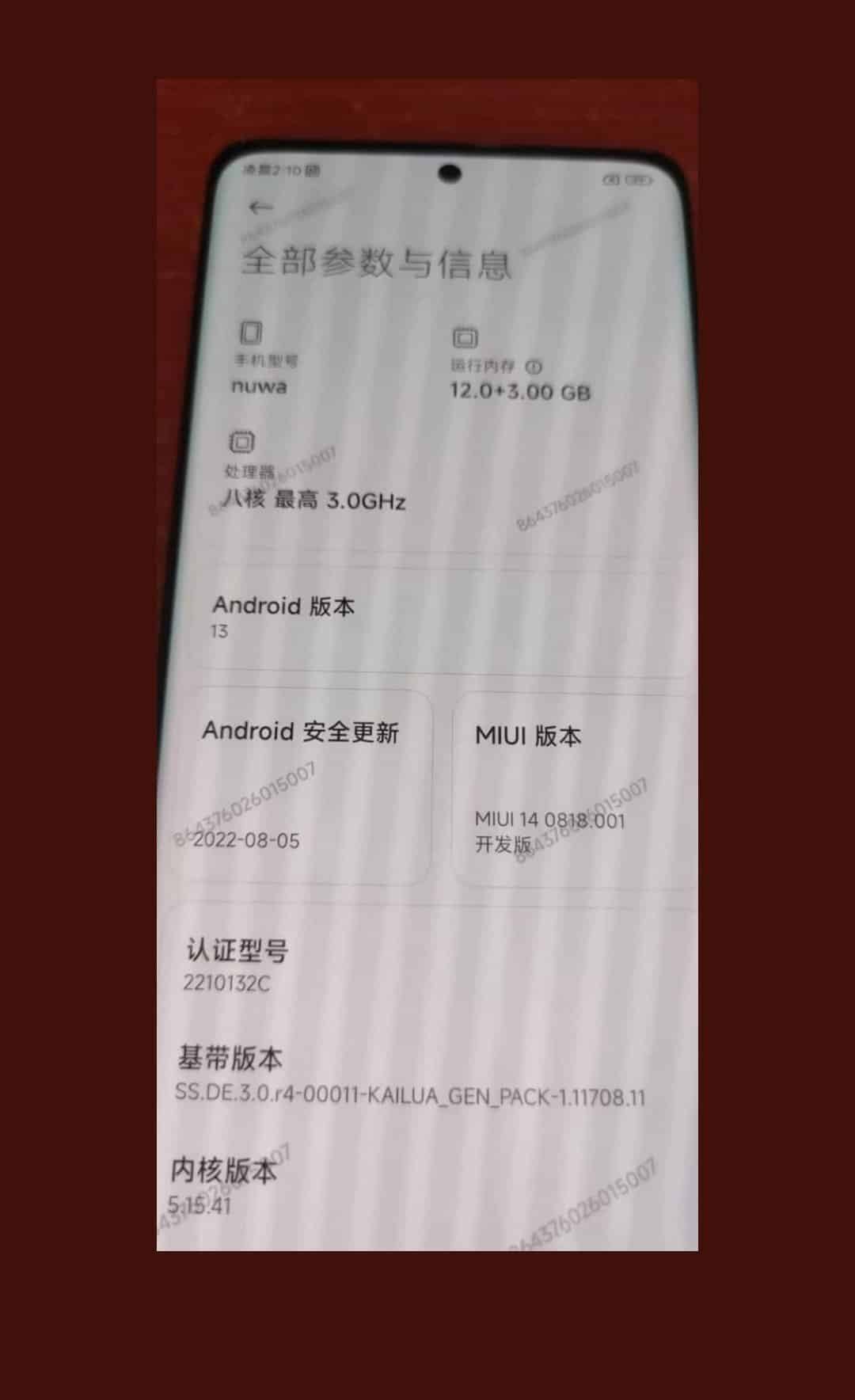 The device will be fueled by the Snapdragon 8 Gen 2 SoC. At least one of its variants will include 12GB of RAM. Android 13 is also mentioned here, along with MIUI 14.

You can expect a 120Hz refresh rate on both models, and the same goes for fast wired and wireless charging. We’re presuming both devices will support 50W wireless charging, but we’re not sure about wired charging. At least the ‘Pro’ variant should support 100-120W charging.