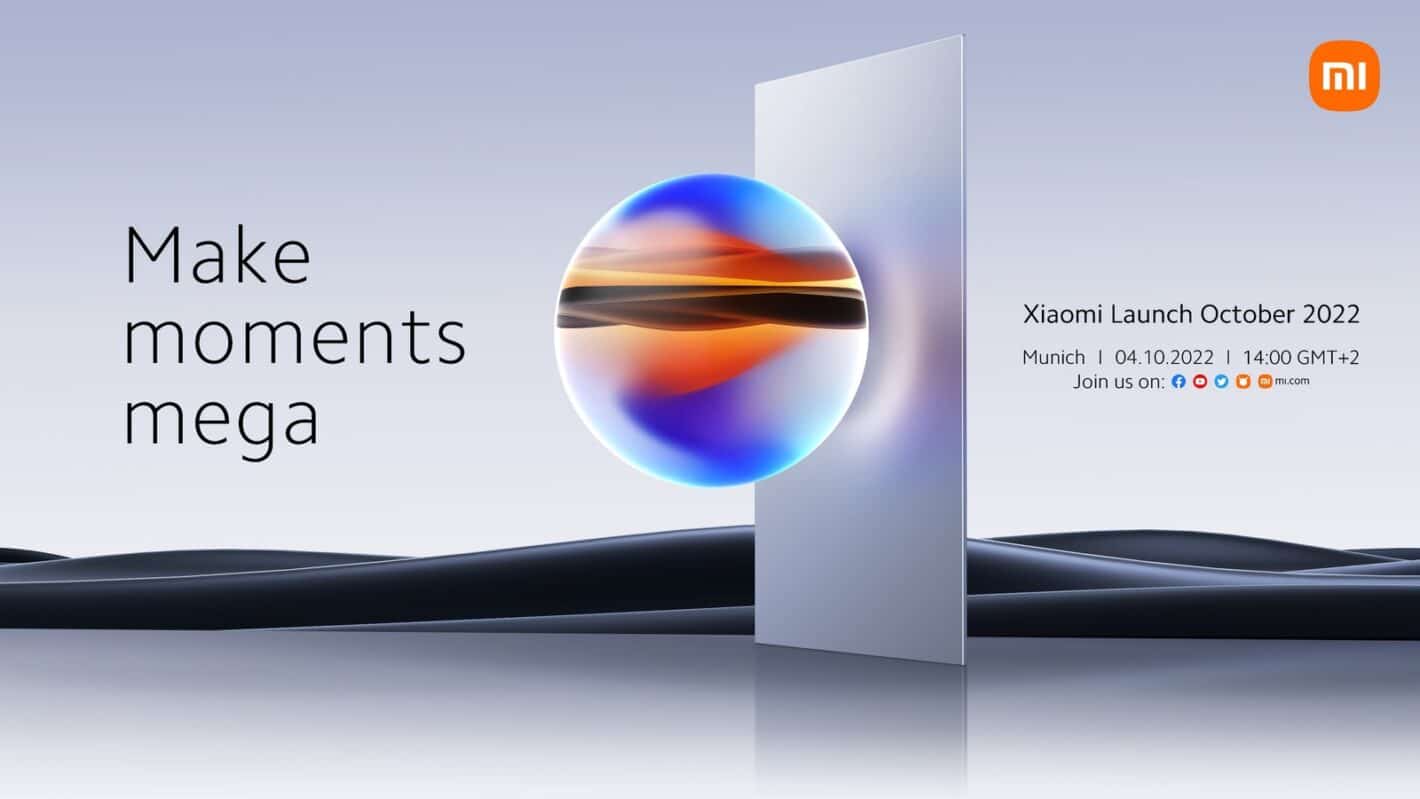 Xiaomi has just announced a date for its next launch event. The date in question is October 4, and the Xiaomi 12T series was specifically mentioned by the company, while this is a global launch, by the way. In addition to that, new AIoT products are coming.

The Xiaomi 12T series global launch is set for October 4

The event will kick off at 2 PM CET / 1 PM BST / 5 AM PST / 8 AM EST. That being said, you can check out the image Xiaomi shared for this press event, it’s included below this paragraph. 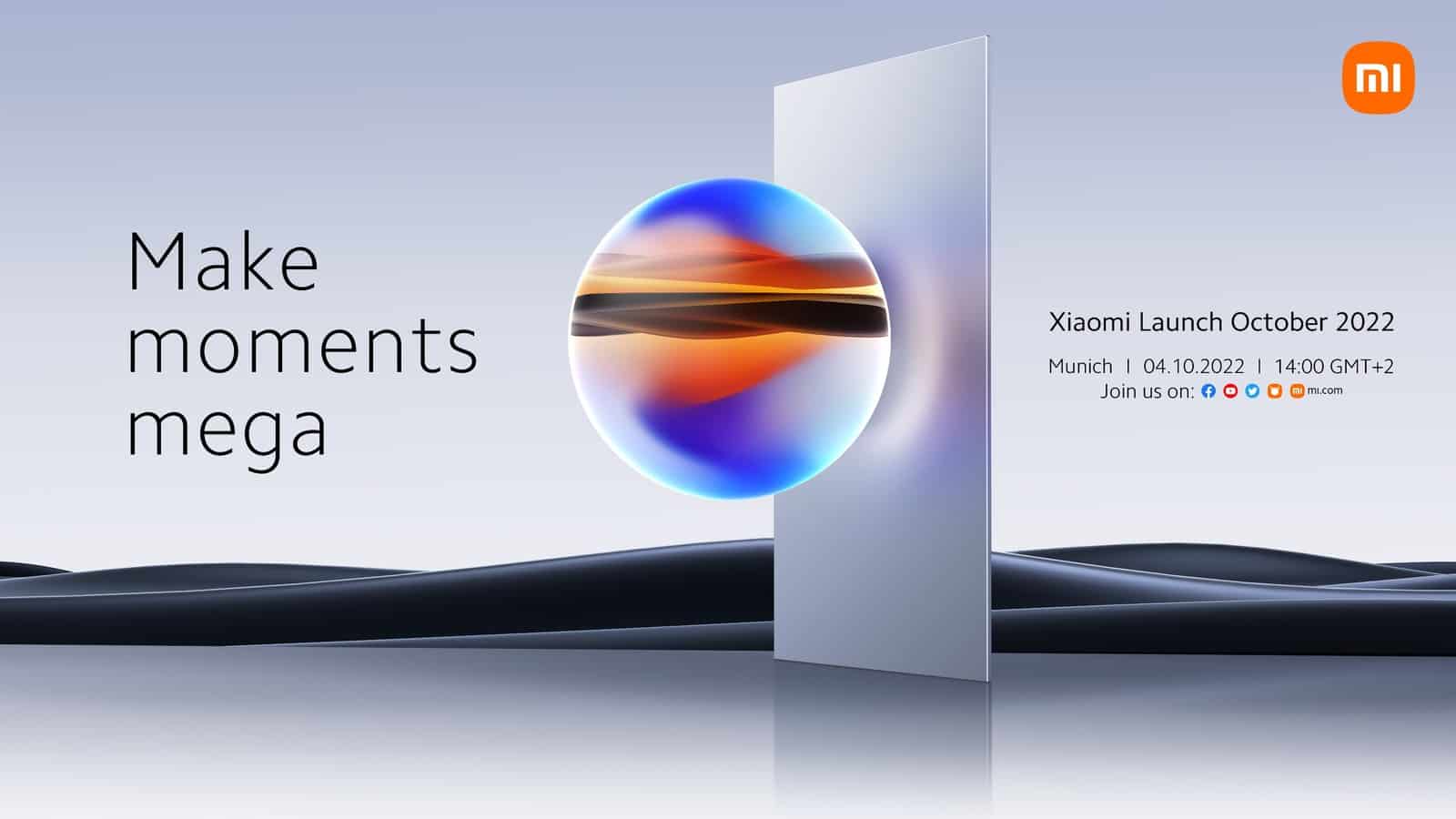 The company is using ‘Make moments mega’ caption for this press event, though it doesn’t exactly share any part of the smartphone design here. Luckily, both Xiaomi 12T series devices leaked out thus far, so we know what to expect.

The Xiaomi 12T and 12T Pro are coming, in case you were wondering. Both devices will include thin bezels, a centered display camera hole, and basically the same designs. Flat displays will also be used on both.

The ‘Pro’ variant will be more powerful, though. It is expected to utilize the Snapdragon 8+ Gen 1 SoC, along with a 200-megapixel camera. The Regular model will likely include the MediaTek Dimensity 8100 SoC, and a 108-megapixel main camera.

A 6.67-inch fullHD+ display with a 120Hz refresh rate was also mentioned, and it may end up being included on both phones. A 5,000mAh battery also leaked, and the same goes for 120W charging, and Harman Kardon stereo speakers.

Android 12 will come pre-installed on both smartphones, along with Xiaomi’s MIUI 13 skin. The regular variant of the phone is rumored to cost €649, while the ‘Pro’ model may end up costing €849 in Europe. 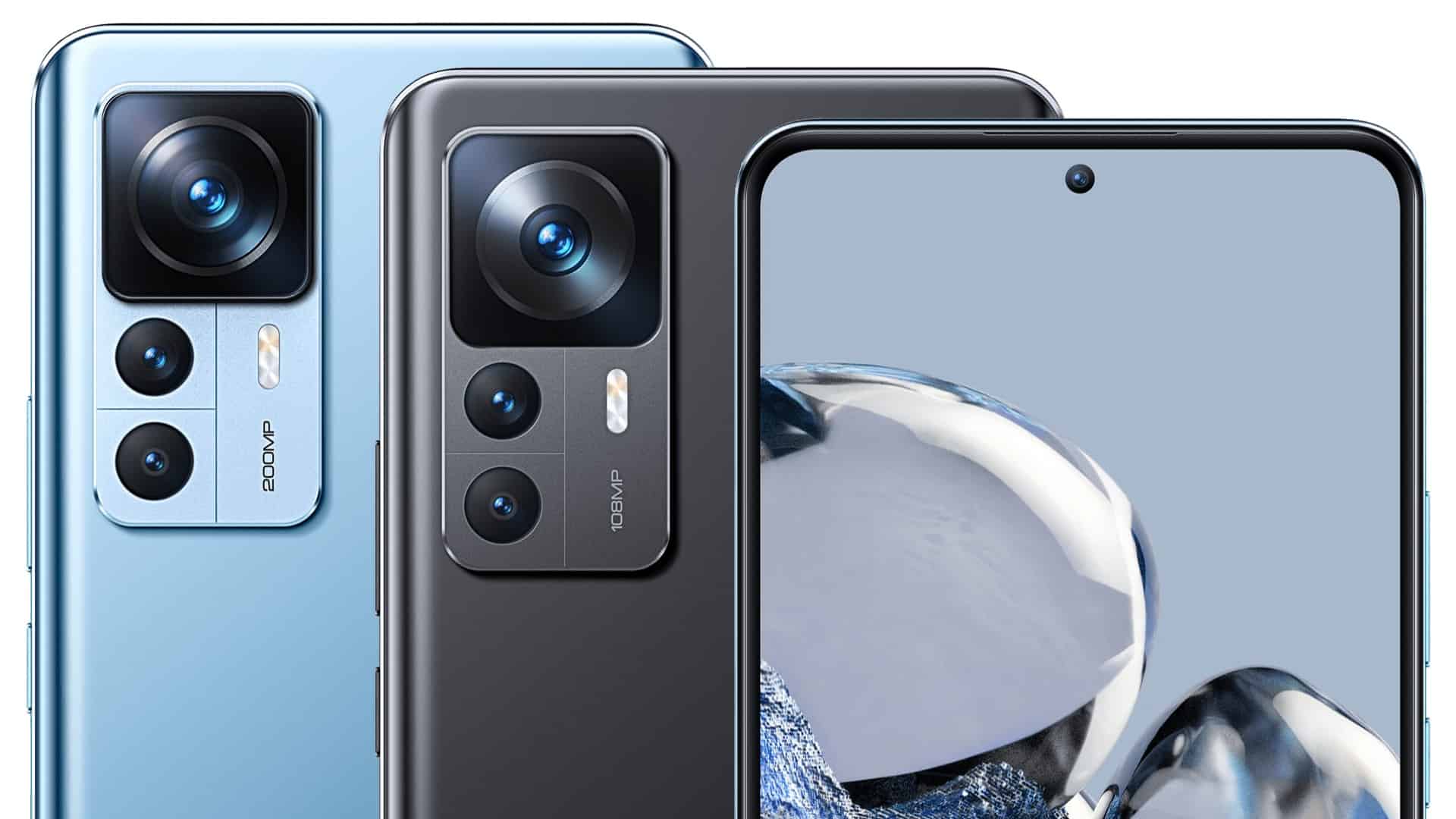