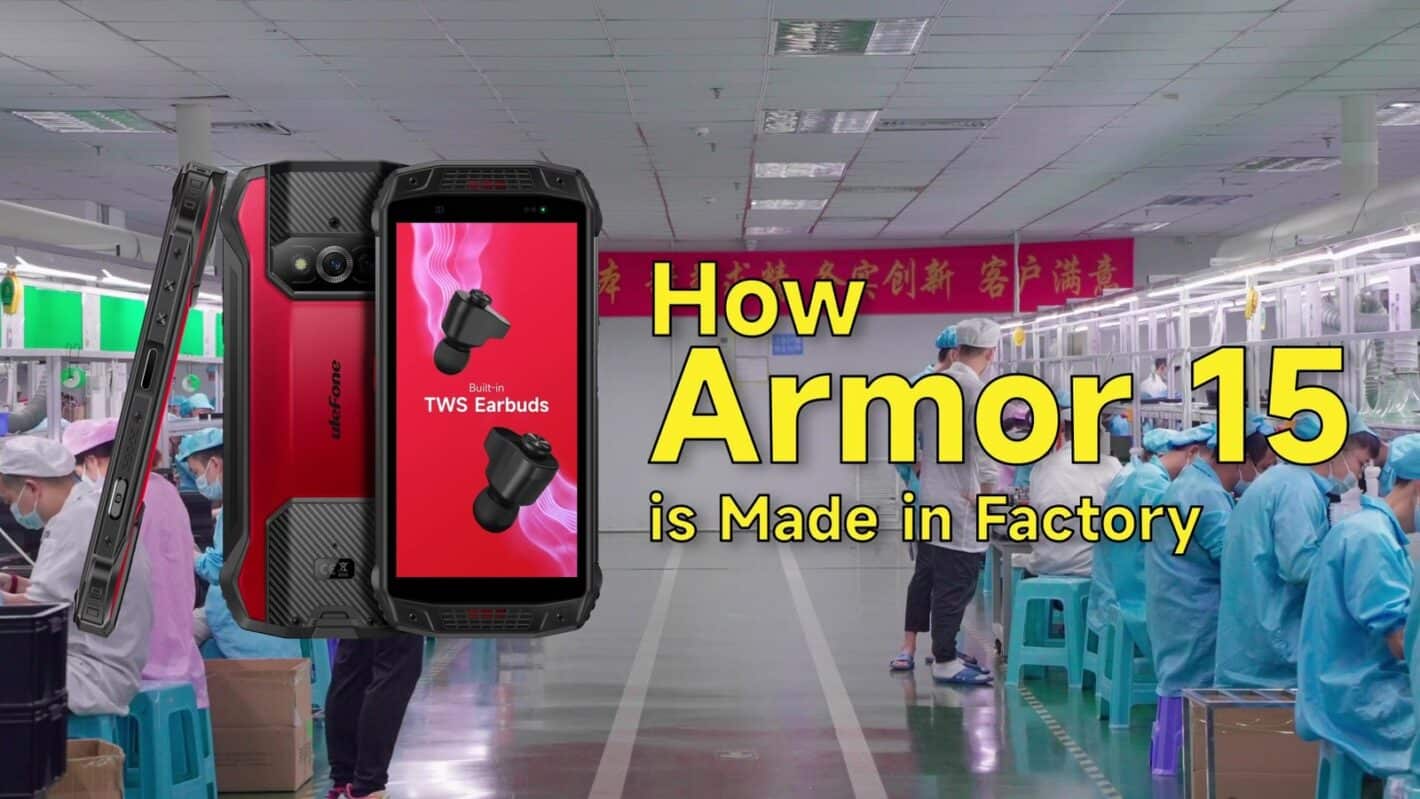 The Ulefone Armor 15 is one of the company’s newest smartphones, and Ulefone decided to show off its manufacturing process. The company released a new 1-minute video to give you a glimpse of it.

That video is embedded below. You’ll essentially see the phone coming together here. You’ll see the workers in the factory putting Armor 15 units together from scratch, and testing them along the way.

Ulefone actually crowd-funded this project via Kickstarter. The project was obviously a success, as the phone reached the mass production stage, as you can see in the provided video.

What makes this phone really interesting? Well, in addition to the fact it’s a rugged phone, it also comes with built-in earbuds. Yes, you’ll find truly wireless earbuds on the inside of the device. The phone basically serves as a carrying case for those earbuds.

The Ulefone Armor 15 features a 5.45-inch display, along with 6GB of RAM. The MediaTek Helio G35 SoC fuels the phone, while Android 12 comes pre-installed on the device.

Symmetrical speakers are a part of the package as well

It has a pair of symmetrical stereo speakers, and includes 128GB of storage. 12 and 13-megapixel cameras sit on the back of the device, while a single 16-megapixel camera is included on the front.

There is a fingerprint scanner on the device, while the phone also supports facial scanning. A 6,600mAh battery is also included, while the phone is IP68/IP69K certified. In other words, it’s waterproof, shockproof, and dust proof.

On top of all that, the device is also MIL-STD-810G certified, which means it can take a hit as well. It does look like a rugged device, though, so don’t expect razor-thin bezels. It is worth noting that a pair of earbuds are also included, so that’s another reason why. Ulefone did a really nice job aesthetically, though.