The Samsung Galaxy S23 and S23+ CAD-based renders surfaced recently. Those images gave us the very first look at the two phones, which are coming with a minor redesign. Thanks to a well-known tipster, we can now check out the Galaxy S22 and S23 side-by-side as well.

If you take a look at the image below this paragraph, you’ll be able to see the two devices. Ice Universe, of course, took the Galaxy S23 CAD-based render that surfaced, and placed it next to the Galaxy S22, just so you can get a better look at the differences. Do note that the Galaxy S23’s buttons are on the wrong side, though, so don’t let that confuse you. 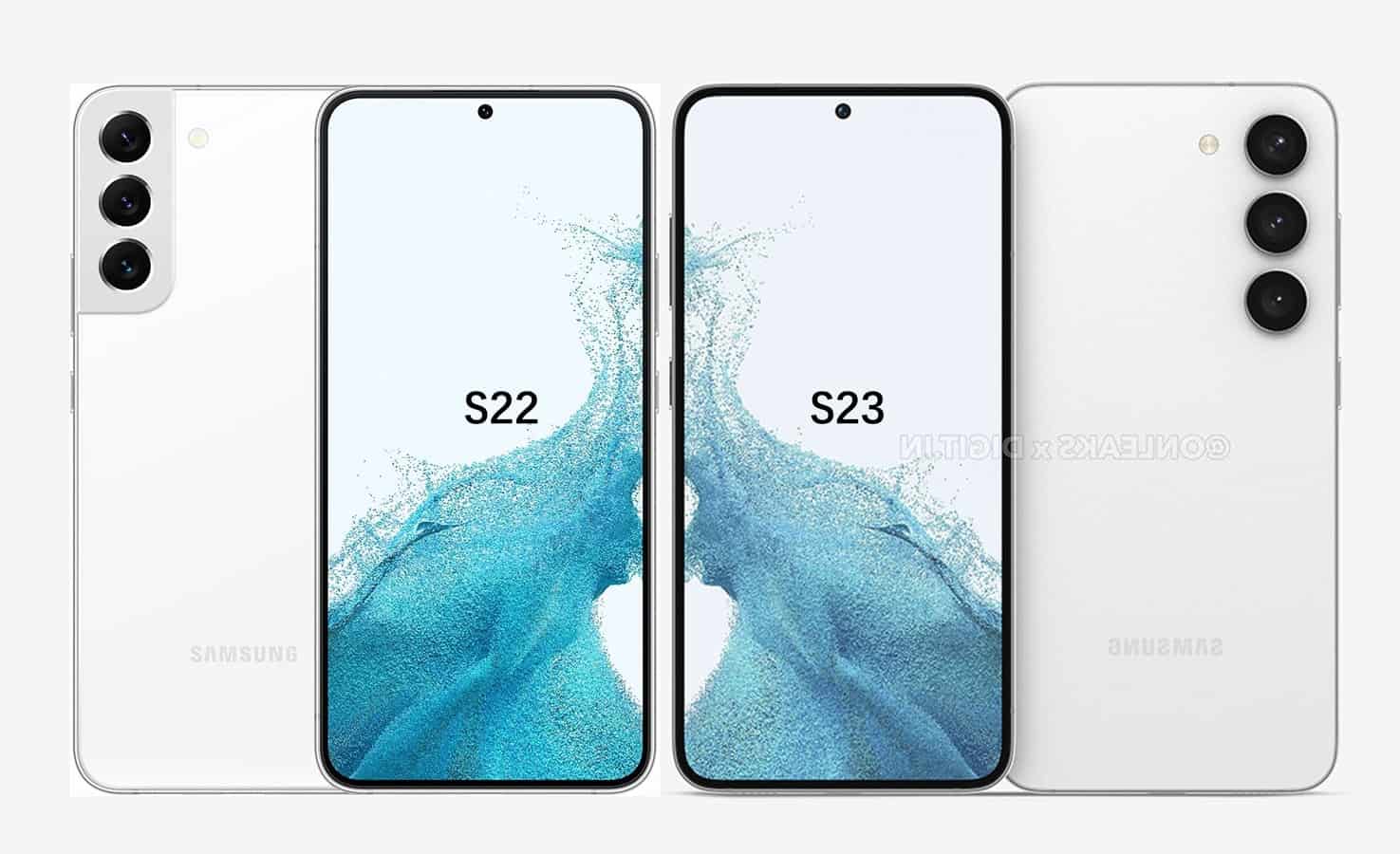 From the front, the two devices look very similar. There may be a slight difference in the thickness of the bezels, but not necessarily. The Galaxy S22 in this image has a silver frame, so that may be throwing me off a bit.

They both have a display camera hole in the same place, and have the same general shape. The Galaxy S23 does seem to be ever-so-slightly taller and wider here. It will be less than a millimeter taller and wider, based on the initial info.

The real difference is visible on the back, though. The Galaxy S22 adopts a rear camera design similar to the Galaxy S22 Ultra. Each of its camera sensors protrude from the backplate separately, they’re not a part of one camera island. The complete opposite is true for the Galaxy S22.

The Galaxy S23 will be made out of metal and glass, just like its predecessor. And other than the difference in the camera design on the back, these two are very similar.

The Galaxy S23 is expected to arrive alongside the Galaxy S23+ and S23 Ultra in the first quarter of next year. There is always a chance Samsung will change its plans, though, as the launch date hasn’t been confirmed yet. We’re still months away from January, so… get ready for a lot more leaks and rumors.