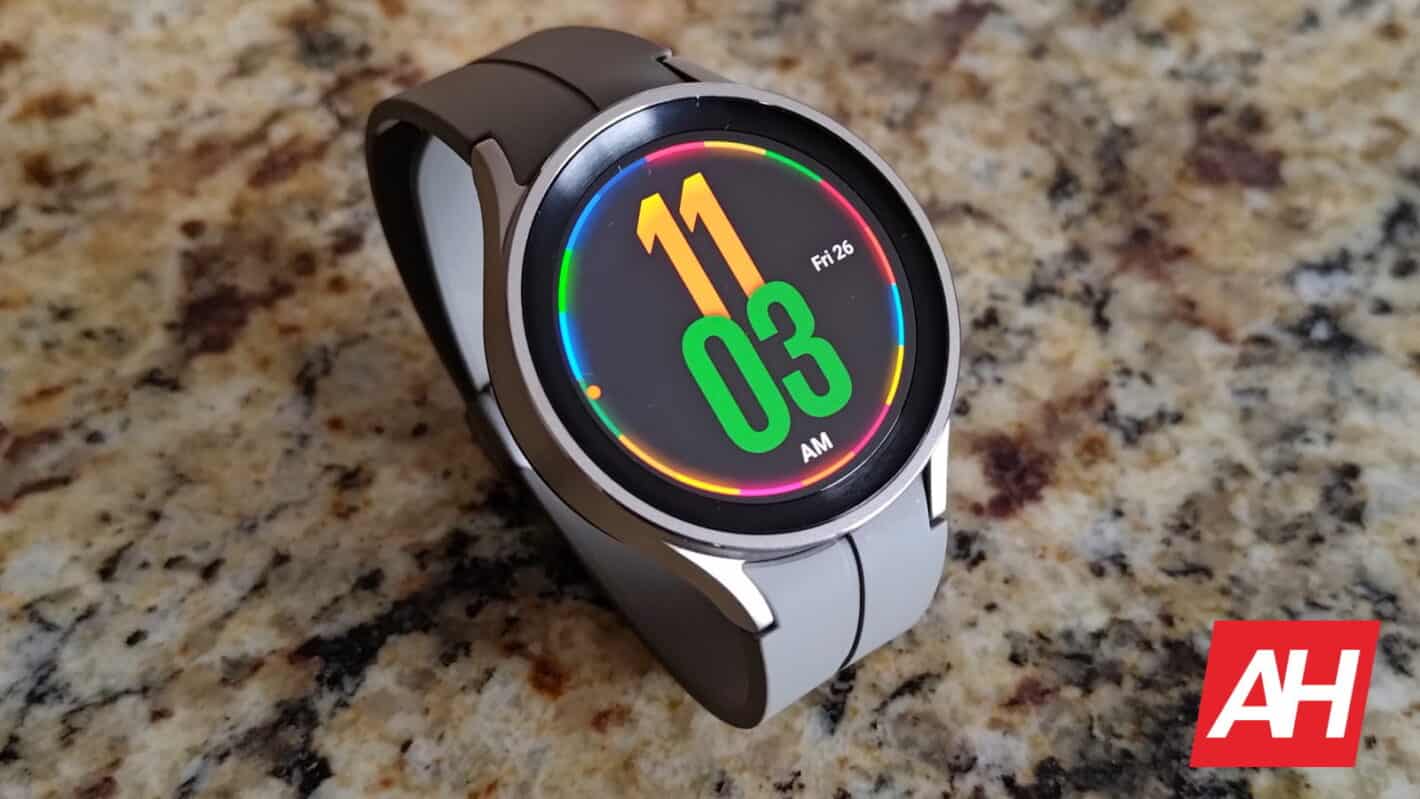 The global economic headwinds and supply chain issues don’t seem to be affecting the smartwatch industry. Even as smartphone sales decline heavily owing to these factors, smartwatches are seeing a newfound interest. Research firm Canalys is reporting a healthy 9.3 percent annual growth in smartwatch shipments in Q2 2022. Though the figure is not identical, the overall estimated growth trajectory reported by Canalys is similar to that of Counterpoint Research.

According to the new report, sales of basic watches also grew in the second quarter of the year. The firm estimated a 46.6 percent annual growth of the non-smart watches. However, the demand for basic bands is declining globally. Shipments dropped 35.5 percent this past quarter. Taking into account all kinds of wrist-worn devices, Canalys estimates a two percent increase in global wearable shipments in Q2 2022. The shipment volume reached 41.7 million units.

In line with Counterpoint’s report, Canalys is also stating that the Indian wearables market grew the most globally during the April to June period. Driven by local brands such as Noise, Fire-Boltt, and boAt, India registered an impressive shipment growth of 275 percent to capture 15 percent of the global market. China, the world’s most populous country, leads the chart with a 28 percent share. The US region accounted for 20 percent of wrist wearables during that period.

India’s growth is fueled by low-cost basic watches from the aforementioned brands. About 91 percent of all wearable shipments in the country (5.7 million out of 6.3 million) were basic watches. Noise led the market with a 29 percent market, closely followed by Fire-Boltt with 25 percent and boAt with 20 percent. 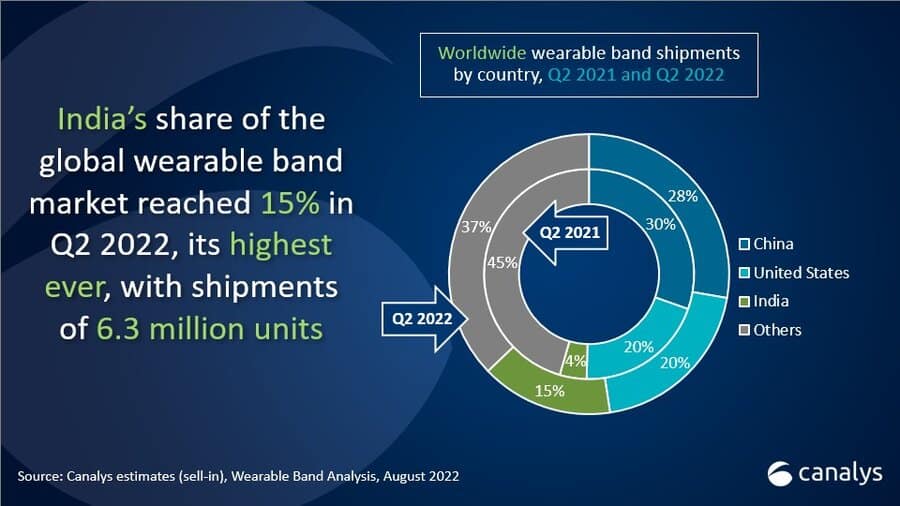 Apple leads the smartwatch market but Samsung is growing fast

Out of the 41.7 million wearables sold in Q2 2022, watches (both smart and basic models) accounted for 31.7 million units. The remaining ten million were basic bands. Apple led the smartwatch market with a share of 26.4 percent and a shipment volume of 8.4 million units. However, its annual growth rate of six percent is much lower than Samsung’s 58 percent. The latter shipped 2.8 million smartwatches to occupy nearly nine percent of the global market.

Chinese electronics behemoth Huawei, which has been mostly limited to its domestic market by the US sanctions, dropped to the third spot behind Samsung despite a 14 percent growth in shipments in Q2 2022. It captured an 8.6 percent share in the market. Noise and Garmin make up the top five. While the former’s staggering growth in India helped it climb up the global charts, the latter suffered an 11 percent decline during the same period. It remains to be seen how the ongoing economic crisis affects the smartwatch industry in the second half of the year. 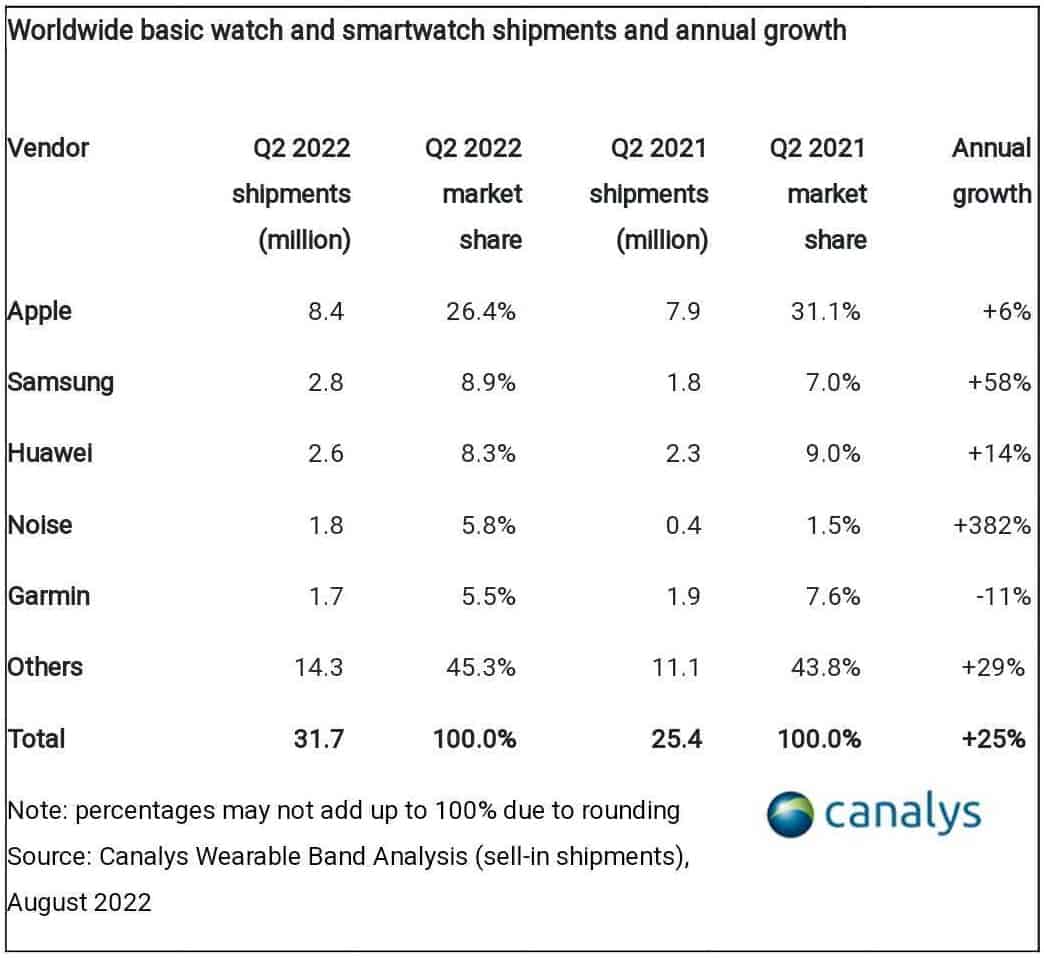