Skip to content
Advertisement
Trusted By Millions
Independent, Expert Android News You Can Trust, Since 2010
Publishing More Android Than Anyone Else
5
Today
85
This Week
554
This Month
6527
This Year
124054
All Time
Advertisement 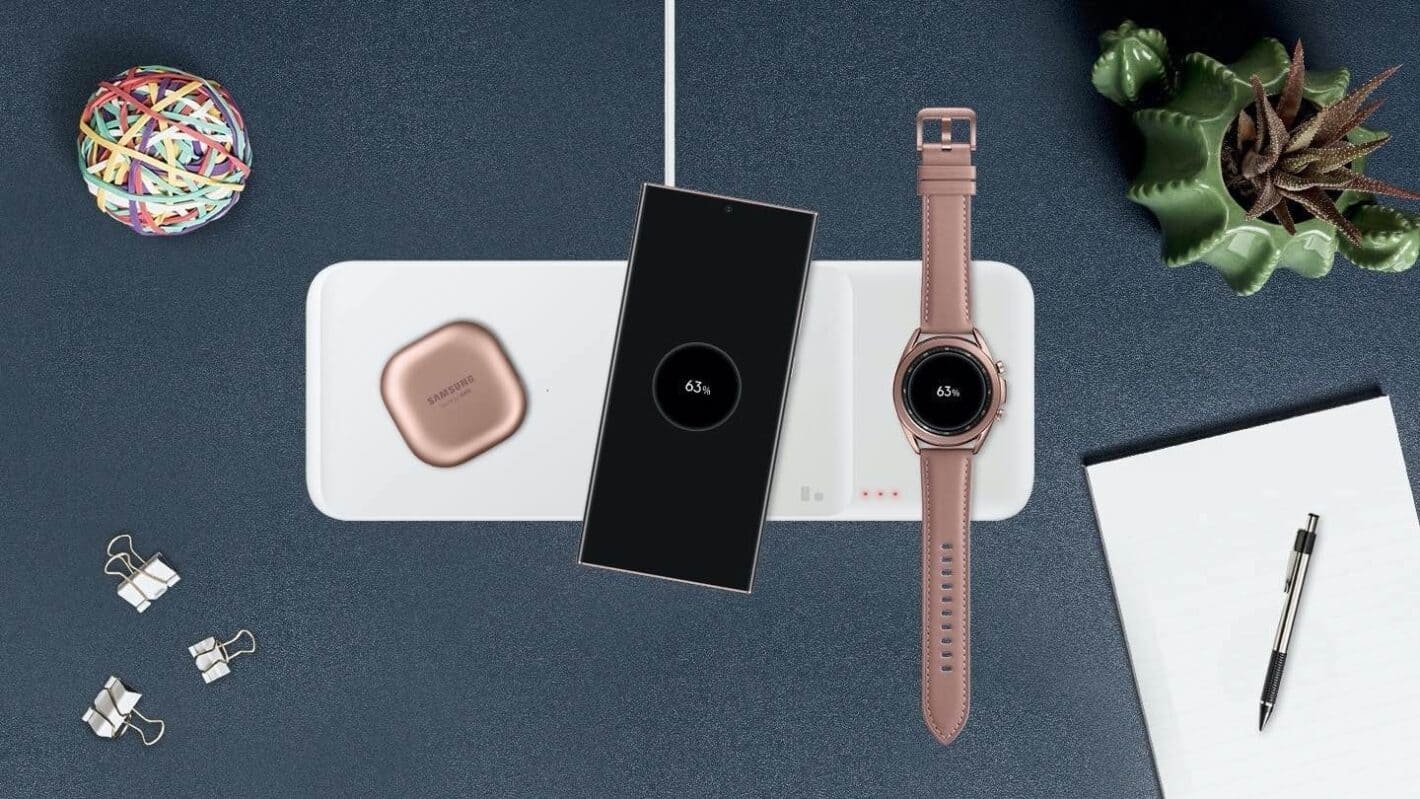 Samsung may launch a new wireless charger in time for the arrival of the Galaxy S23 series early next year. Dutch publication GalaxyClub spotted the new charging accessory in development. The product goes by the name Wireless Charger Hub, suggesting that it can wirelessly charge multiple compatible devices at the same time. Maybe it offers wired charging too.

Not much information is available about this product at the moment. It appears to bear the model number EP-P9500 but that isn’t confirmed yet. It’s possible that the EP-P9500 is a different charging accessory and has no connection with the Wireless Charger Hub. Things should get clearer as Samsung progresses with the development of the product.

The Wireless Charger Hub may get a design overhaul

There’s no telling if Samsung will retain the Wireless Charger Trio’s flat design or change things a bit. As the name suggests the Trio can charge three devices simultaneously. It has a large flat surface for a smartphone and a pair of TWS earbuds, and a recessed circular area for smartwatches. While there’s nothing wrong with this design, Samsung’s newly-released Galaxy Watch 5 Pro has a design flaw. Its D-Buckle strap doesn’t bend or move freely along the watch lugs. This prevents it from sitting on a flat surface like that of a Wireless Charger Trio, Duo, or even the in-box charging puck.

Samsung developed a Wireless Charger Cradle to work around this design flaw. The new accessory has a raised charging surface that has enough room underneath it for the Galaxy Watch 5 Pro’s straps to hang freely. The Charger Cradle started selling in the UK yesterday for £20 and should soon reach other markets, including the US.

Samsung may now make some design changes to the Wireless Charger Hub to ensure compatibility with the Galaxy Watch 5 Pro. It may not cost more than the Wireless Charger Trio, though. The latter debuted at $99 in 2020. We will keep you posted about the new wireless charging accessory that Samsung is developing.