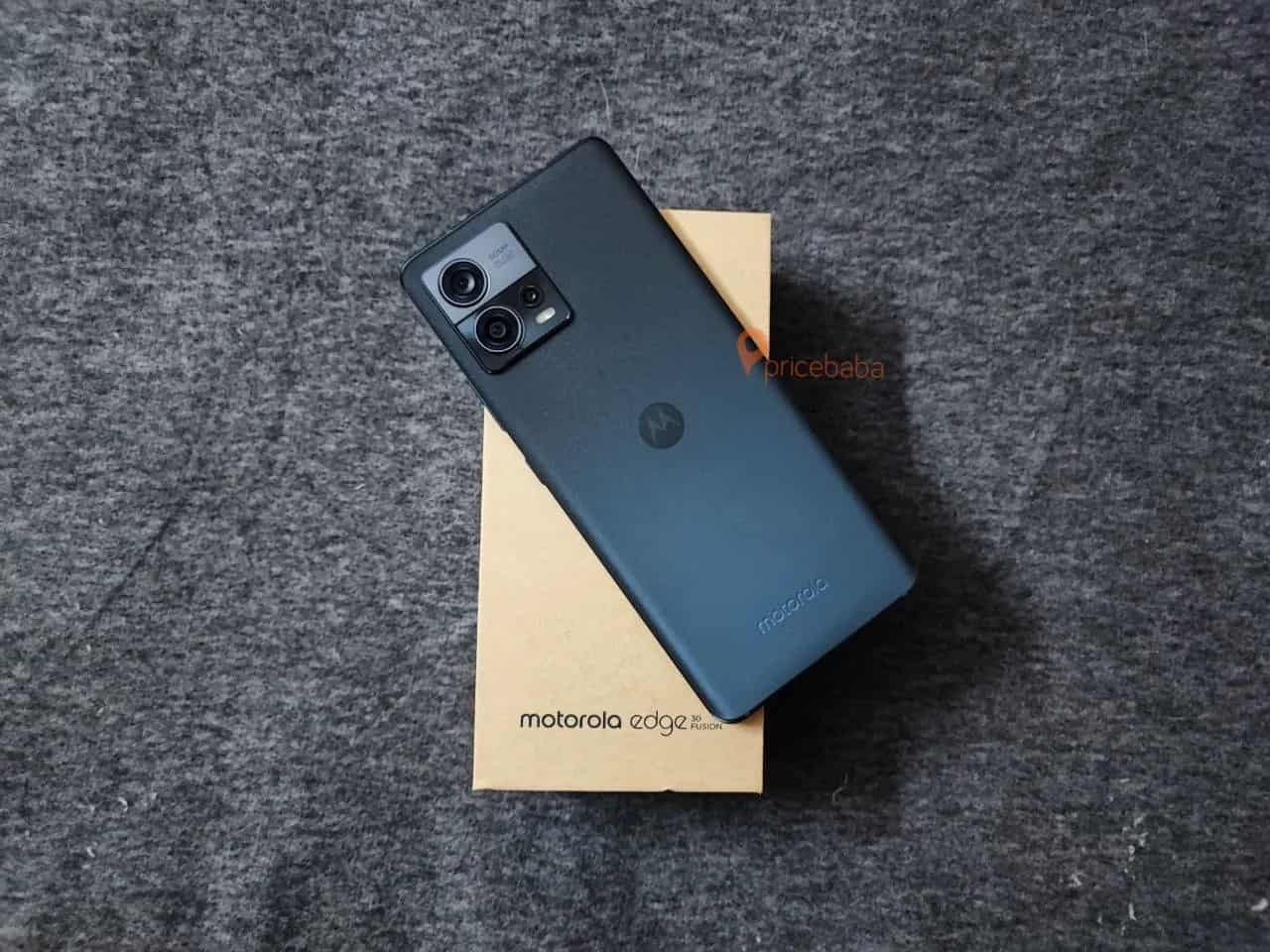 Motorola is expected to launch the Edge 30 Fusion tomorrow, September 8. But ahead of that, the device has appeared in what could be its most extensive leak yet. Noted leaker Evan Blass has shared an official promo video highlighting the phone’s design and a few key specs. Additionally, Pricebaba has got hold of the handset’s retail box for the Indian market, revealing the price and some more specs.

The leaked official promo video of the Motorola Edge 30 Fusion shows off its curved display with a punch-hole camera (32MP). Since it’s the rebadged global version of the Moto S30 Pro launched in China last month, we are looking at a 6.55-inch pOLED screen with one billion colors. Perhaps the leaked retail box confirms that. The device features an under-display optical fingerprint scanner.

The Motorola Edge 30 Fusion is quite slim with a thickness of just 7.5mm. The company calls this profile “impossibly thin” while adding that the phone is still “perfectly balanced”. Because it boasts what Motorola says is its fastest and most accurate camera autofocus. The package comes with a 50MP primary shooter featuring OIS (Optical Image Stabilization) and PDAF (phase-detection autofocus). It is flanked by a 13MP ultrawide lens and a 2MP depth sensor at the back.

This phone has flat top and bottom edges, with Dolby Atmos branding at the top. So you’ll get good quality sound experience here. Under the hood is Qualcomm’s Snapdragon 888+ processor. It is already a generation old but is still a decent performer. It may not be a “performance powerhouse” as Motorola states, though.

Despite the slim profile, the Motorola Edge 30 Fusion boasts a sizeable 4,400mAh battery with 68W fast charging. The company says ten minutes of charging should be enough to power the phone for a day. The leaked retail box confirms that Motorola will provide the charging adapter with the phone, at least in India. It will also include a protective case and ship in an 8GB+128GB memory configuration. This particular variant will cost ₹49,999 (about $630) in the country. We should get the phone’s global pricing tomorrow. 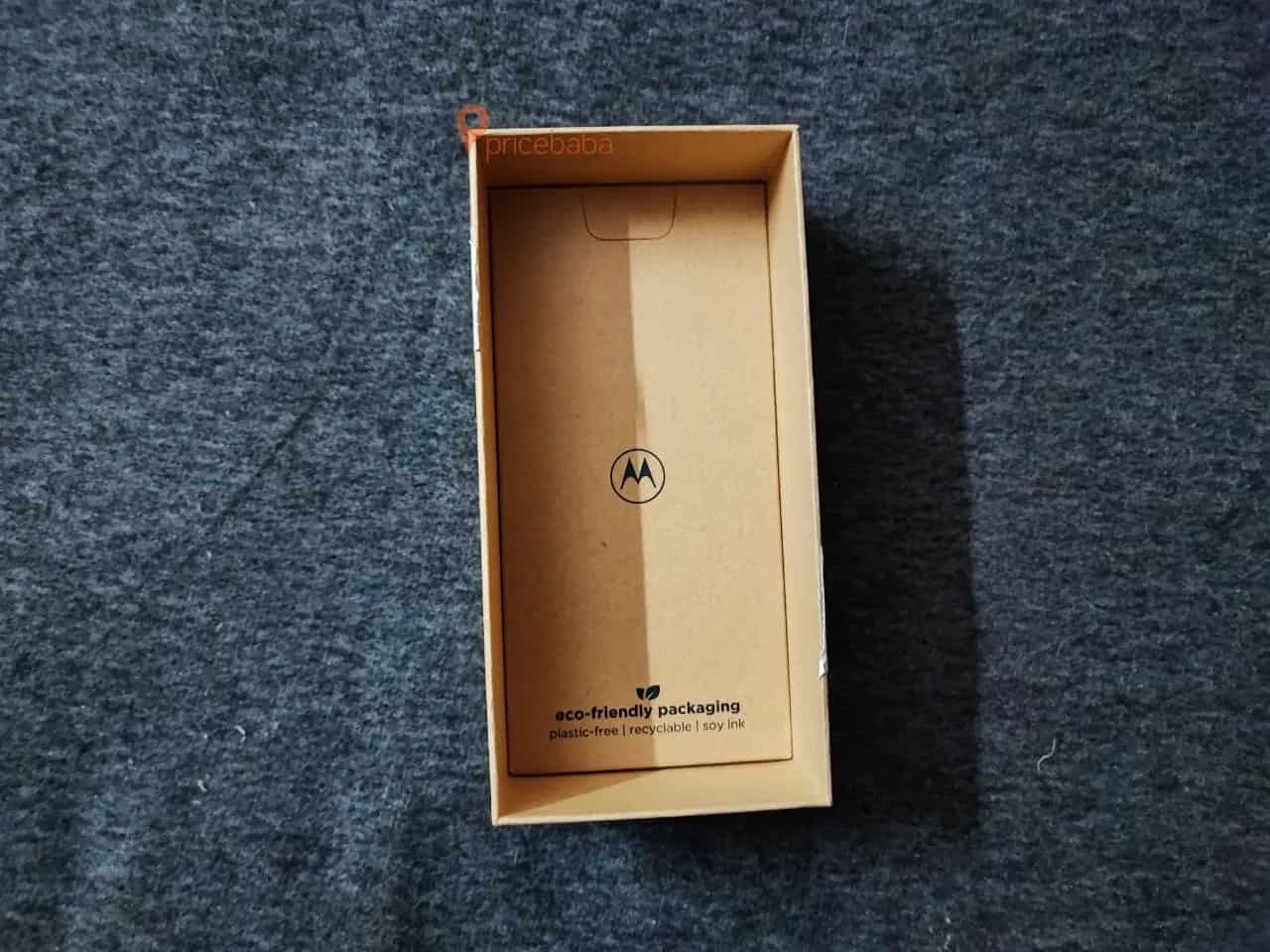 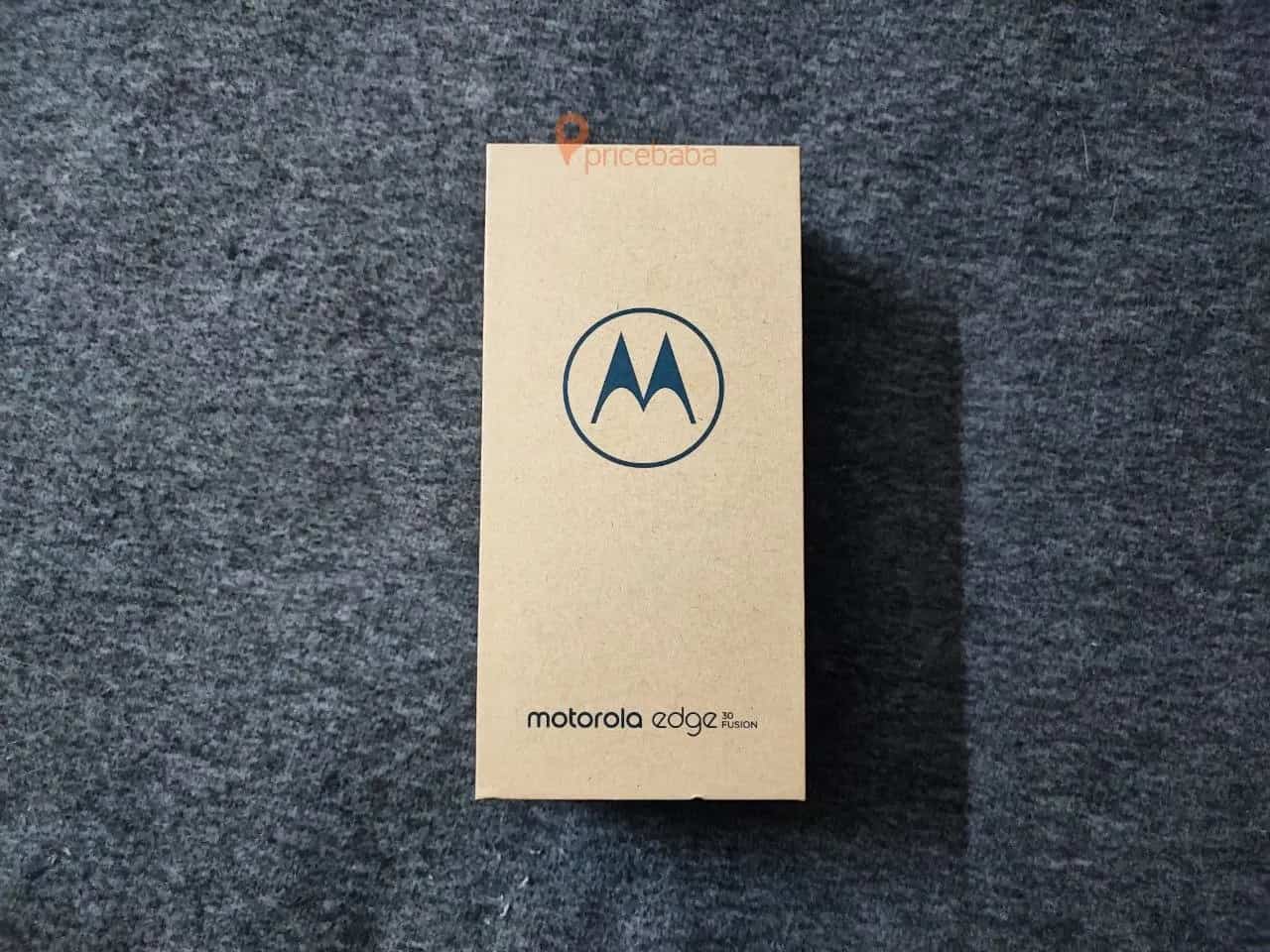 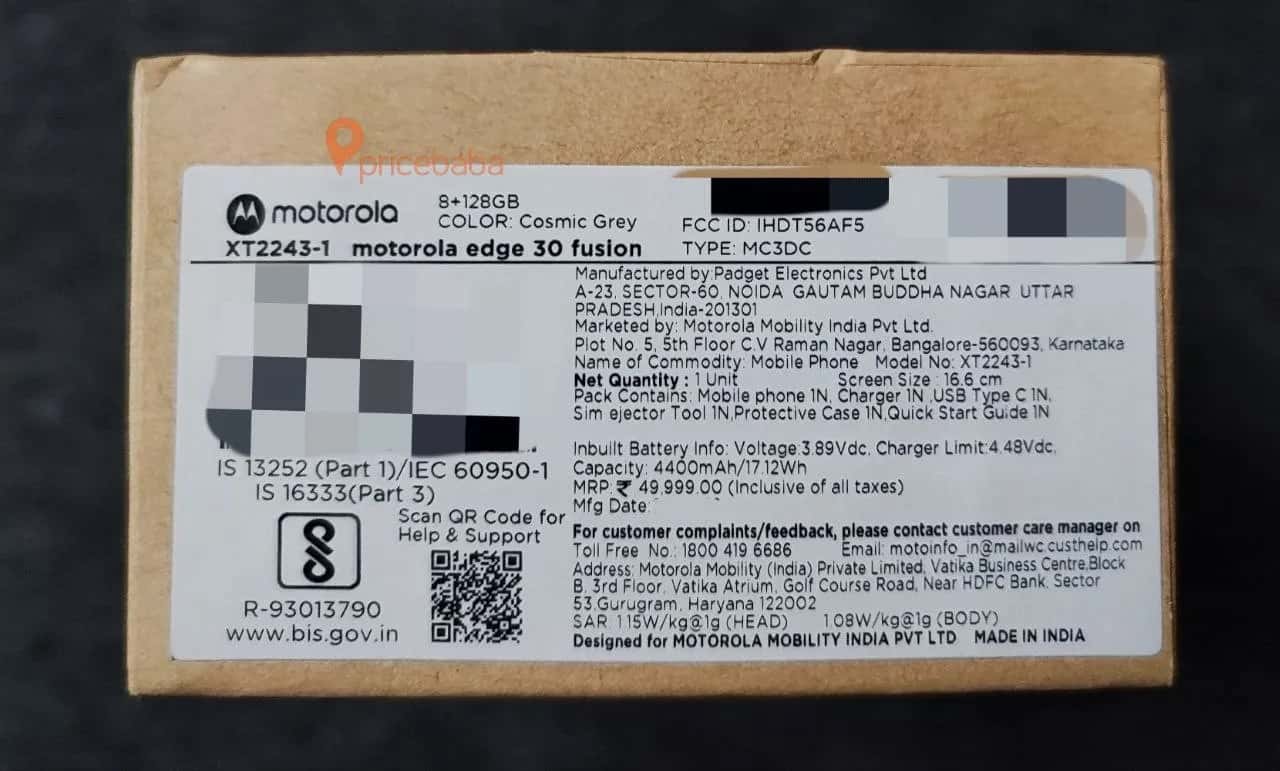 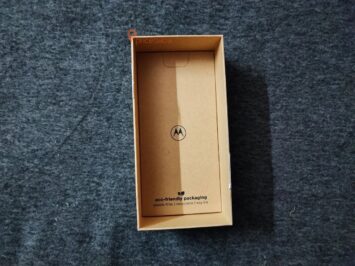 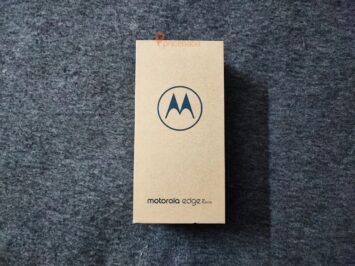 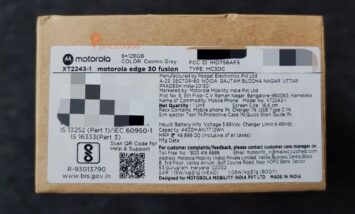 Alongside the Edge 30 Fusion, Motorola will also launch the Edge 30 Ultra and Edge 30 Neo tomorrow. The former is also a rebadged global version of a phone launched in China last month, the Moto X30 Pro. It is a flagship model and the world’s first smartphone with a 200MP camera.