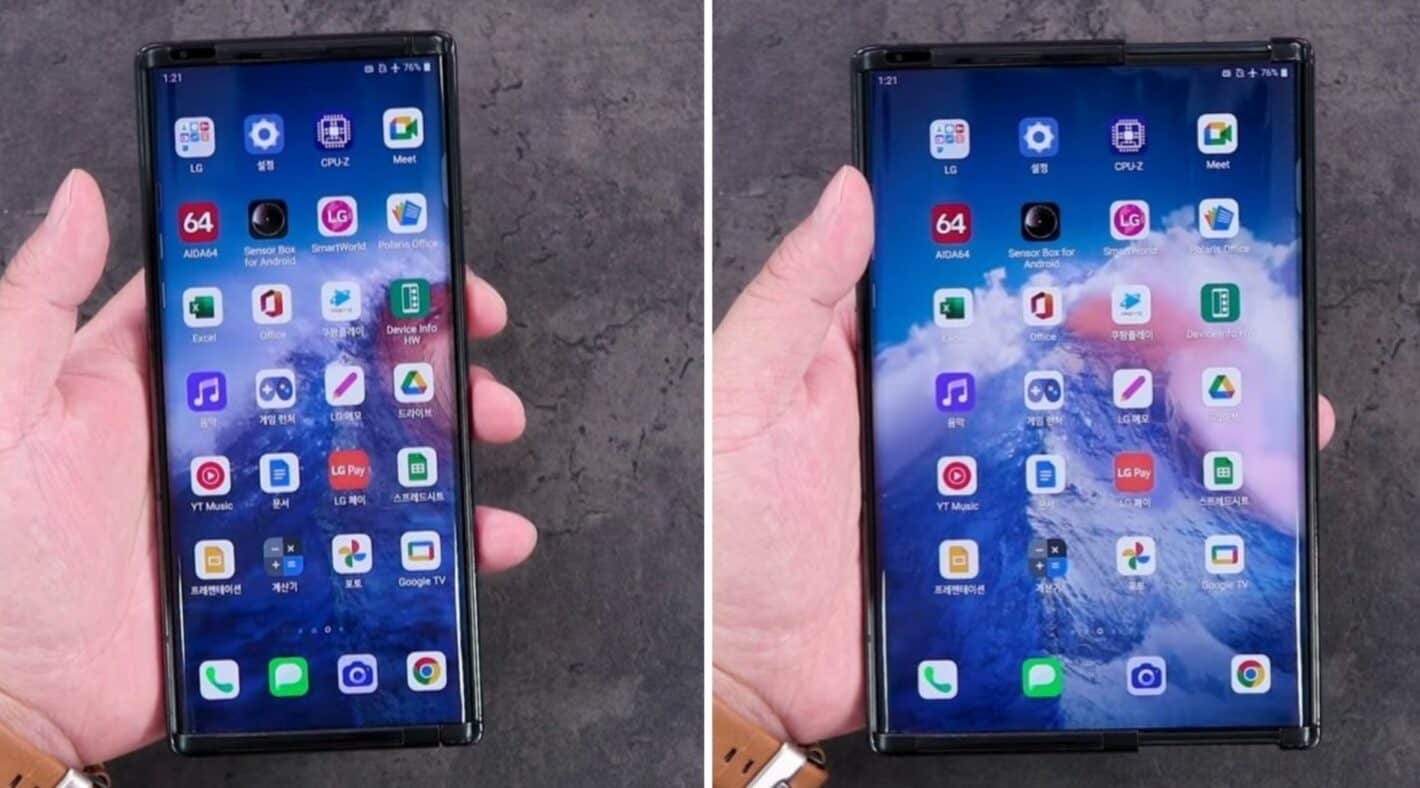 LG is no longer making smartphones, unfortunately. That was announced back in April last year. Before it happened, however, LG was close to releasing a rollable smartphone, which would become the world’s first rollable smartphone. Several people managed to get their hands on the device, and we’ve already seen it in the past. Well, if you’re interested in learning more, a full review of the LG rollable phone appeared on YouTube, it’s a 10-minute video.

Someone reviewed the LG rollable phone, and shared that review via YouTube

That being said, do note that this review is in Korean. The vast majority of you probably won’t be able to understand a thing the reviewer is saying, but you can get a great look at the phone, its UI, and some features.

LG even prepared a box for the device, which slides to the side, just like the phone does. As you open the box, the letter ‘o’ gets longer and longer. It’s a really neat idea by the company, to be quite honest.

Even the box itself is quite cool

Once a part of the box gets removed completely, the phone itself slides out together with its compartment. This box is all about slideability. Below the phone, you’ll find a charging cable, a charger, and some paperwork. There’s even a case in the box, which you can see towards the end of the video.

The phone itself actually looks really nice when folded. It, of course, has some bezels above and below, as LG had to put the rolling mechanism somewhere. It does look really nice, though, it’s not ugly by any means. Its display seems to be curved on the sides as well.

On the back, two cameras are placed, and what seems to be a fingerprint scanner below them. Now, we get to the good part. All the reviewer did to expand the screen is swipe with three fingers to the side.

Once he does that, the display expands from 6.8 to 7.4 inches. This is a P-OLED panel, by the way. You do get a larger canvas to work with, and the best of all, when you flip it to landscape mode, you don’t really get a lot of black bars when watching YouTube videos, or consuming other video content. That will depend on the aspect ratio of the video, of course.

The reviewer also listed some other specs of this phone. The Snapdragon 888 SoC is mentioned, along with 12GB of RAM and 256GB of storage. A 64-megapixel main camera is backed by a 12-megapixel camera on the back. A 4,500mAh battery was also mentioned, and the phone weighs 285 grams.

Now, when you need to shrink down the display size, all you have to do is swipe with three fingers in the opposite direction. All that seems to be really seamless, and seems to work well.

The sliding mechanism seems to be quite strong

The mechanism is so strong that it can even push a book out of the way when the display is expanding.

What’s also interesting is that the glass on the back of the phone is also a display. When the phone is shrunk down, the back part can also activate, and offer you a really narrow canvas.

There’s a lot to like here, and there’s no denying this smartphone is quite cool. It’s a real shame LG didn’t make it available to the public before it decided to shut the doors on smartphones. 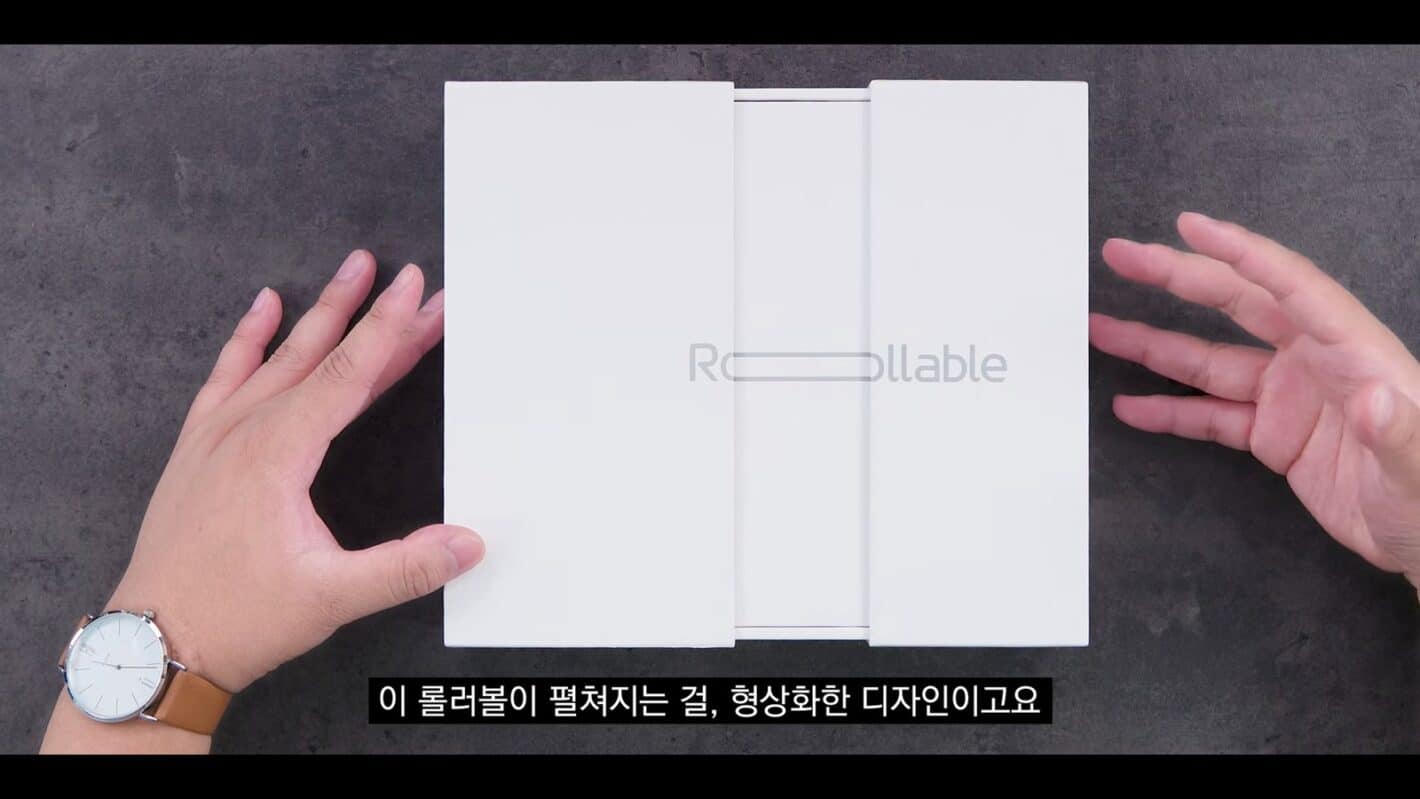 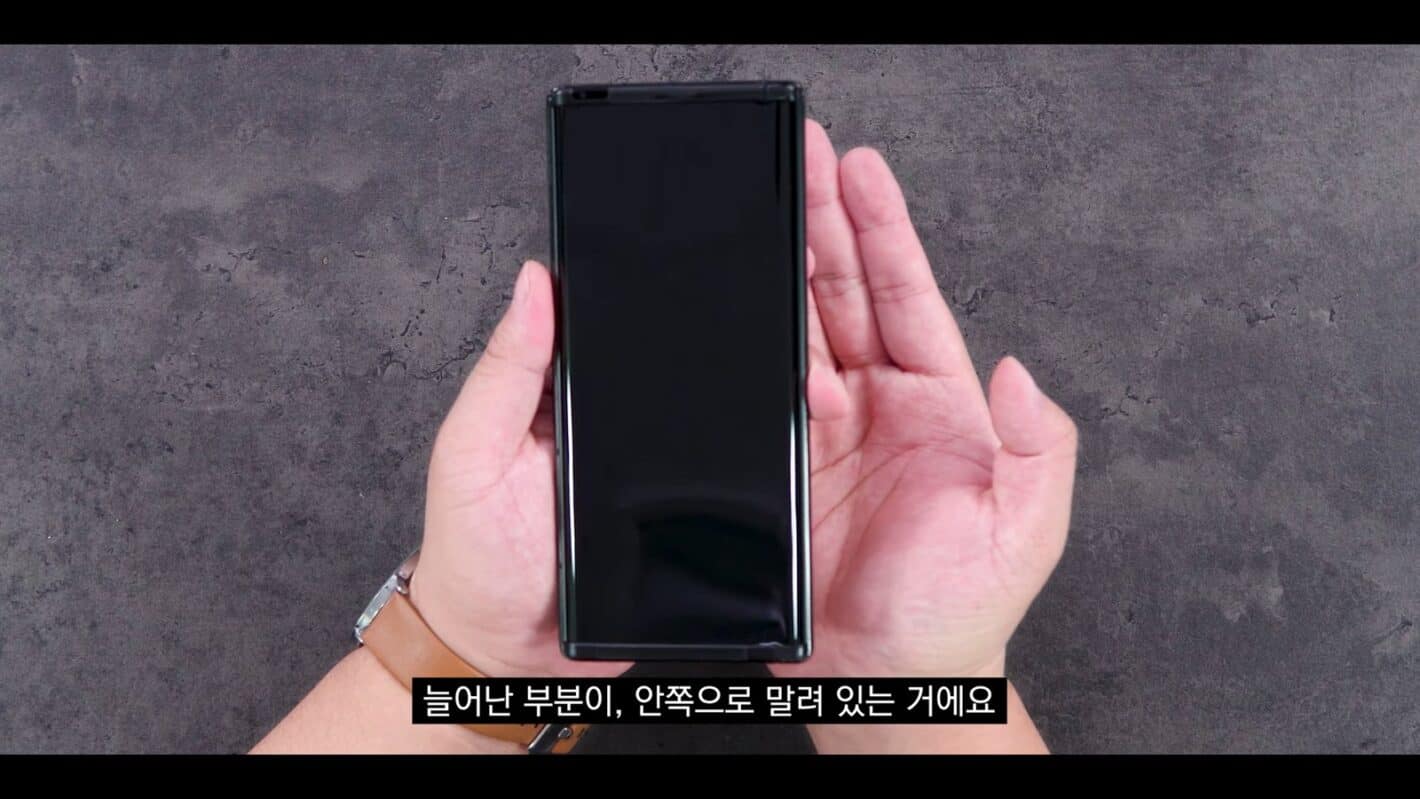 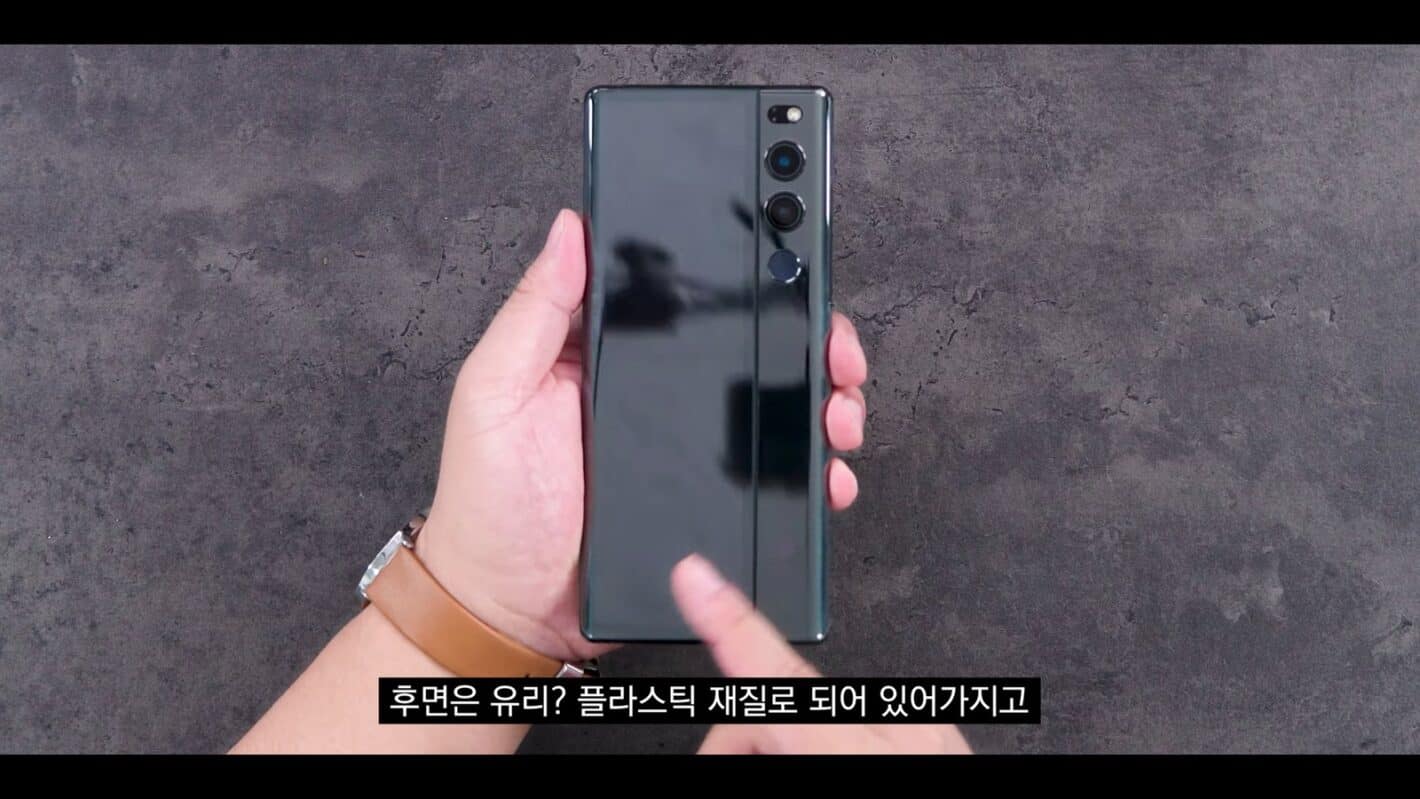 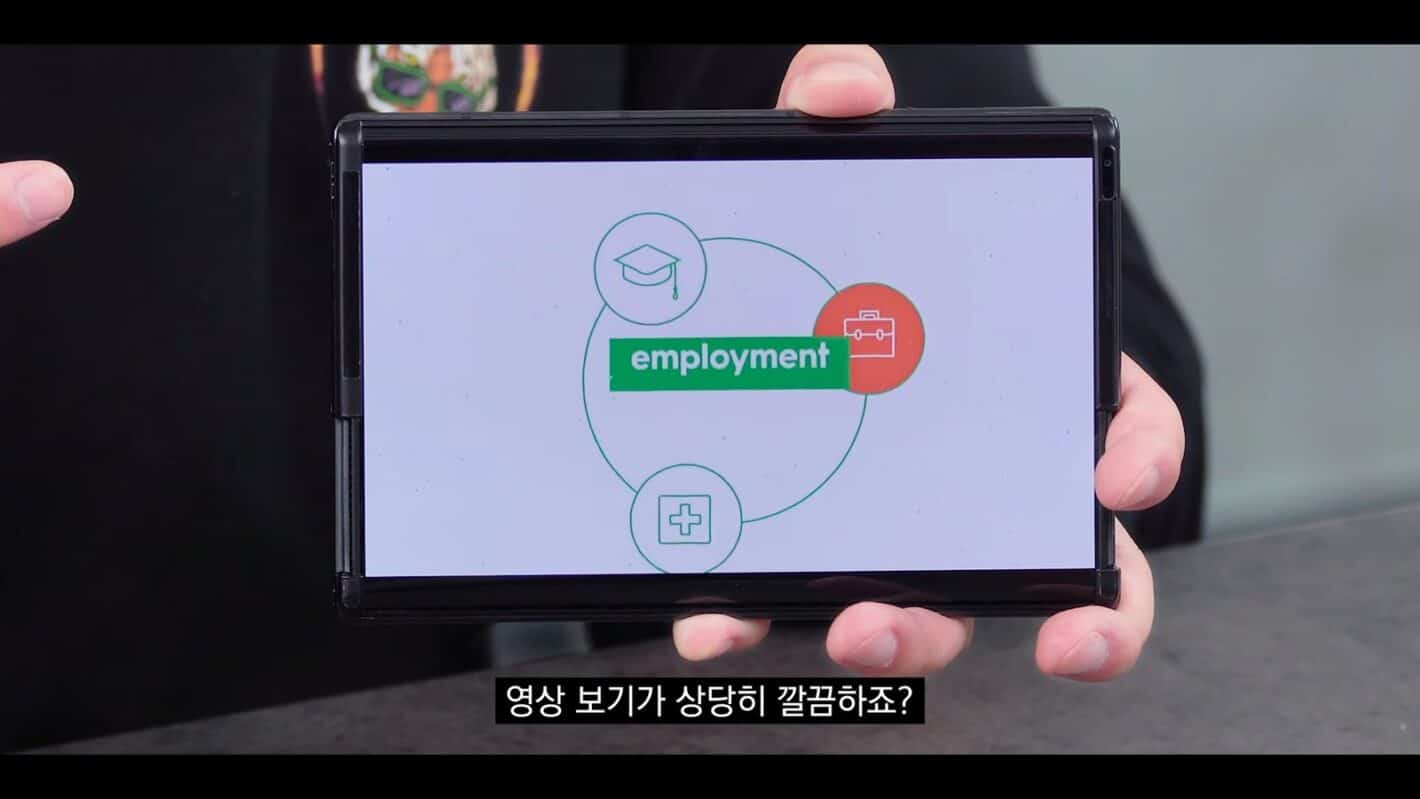 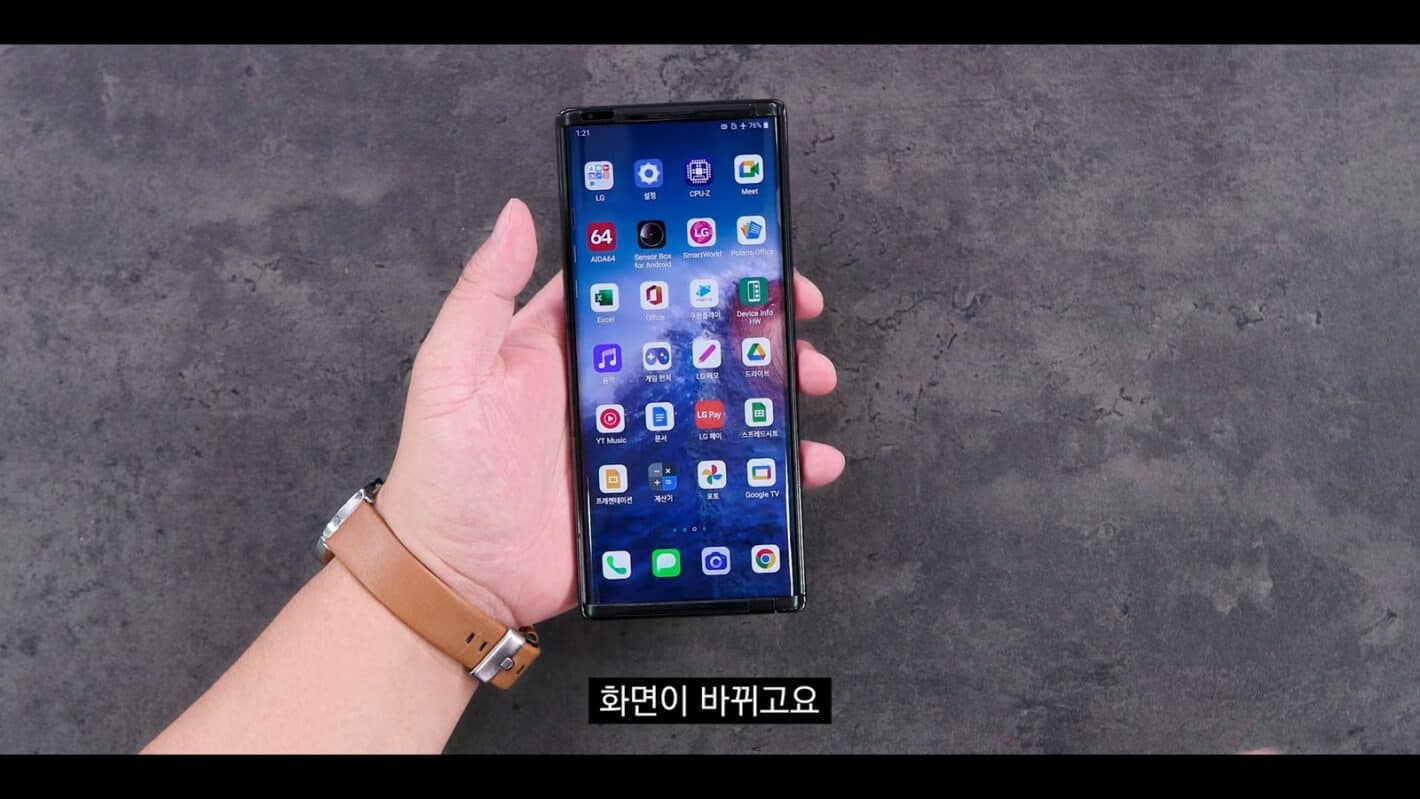 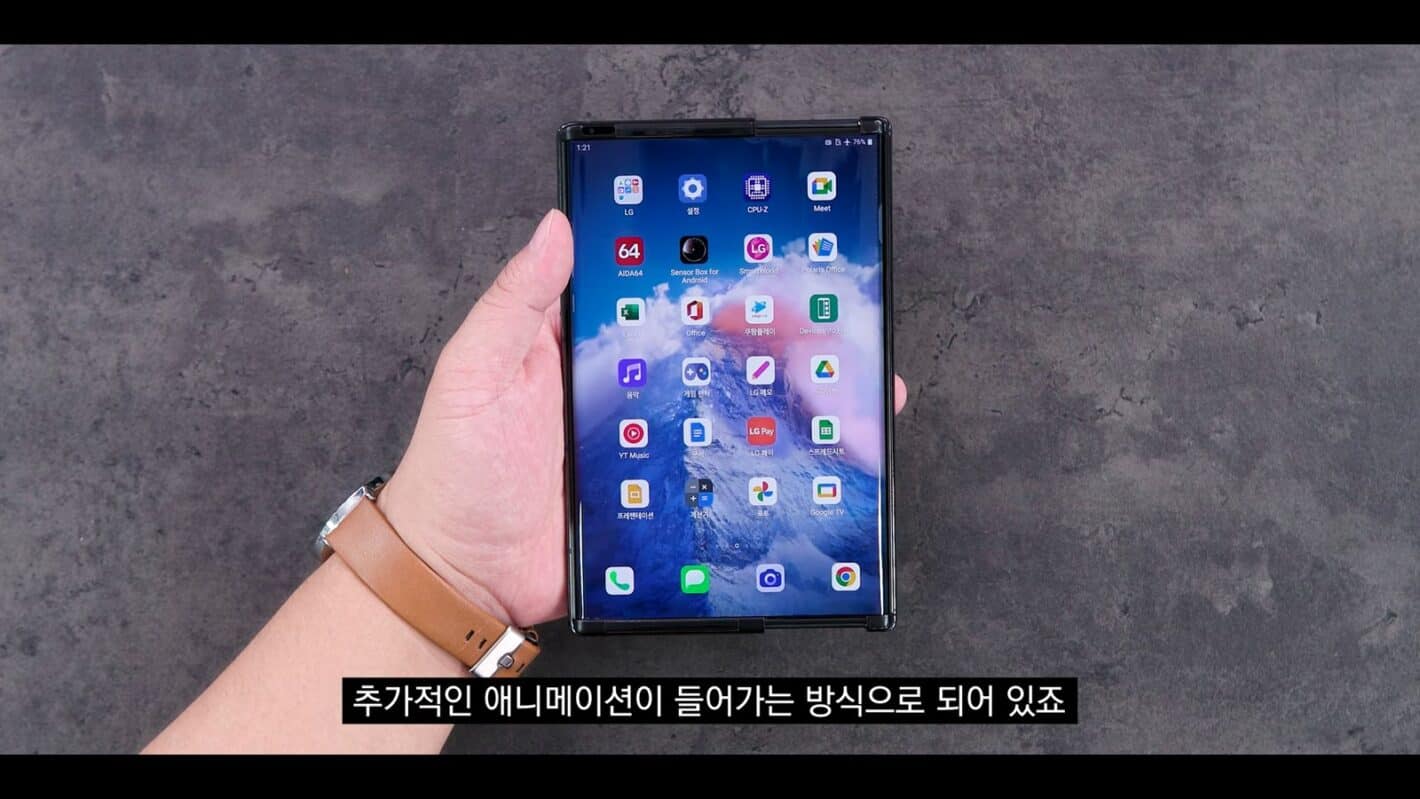 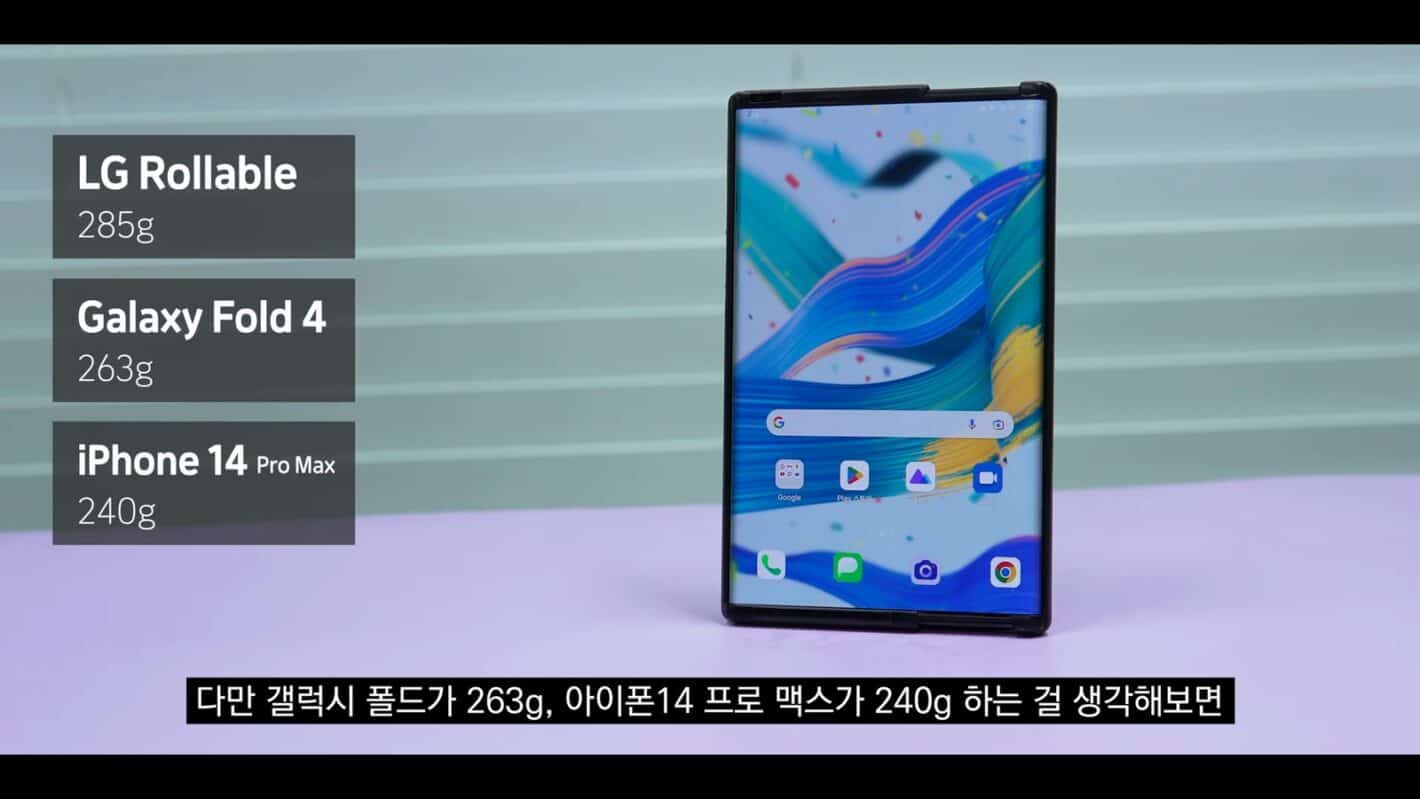 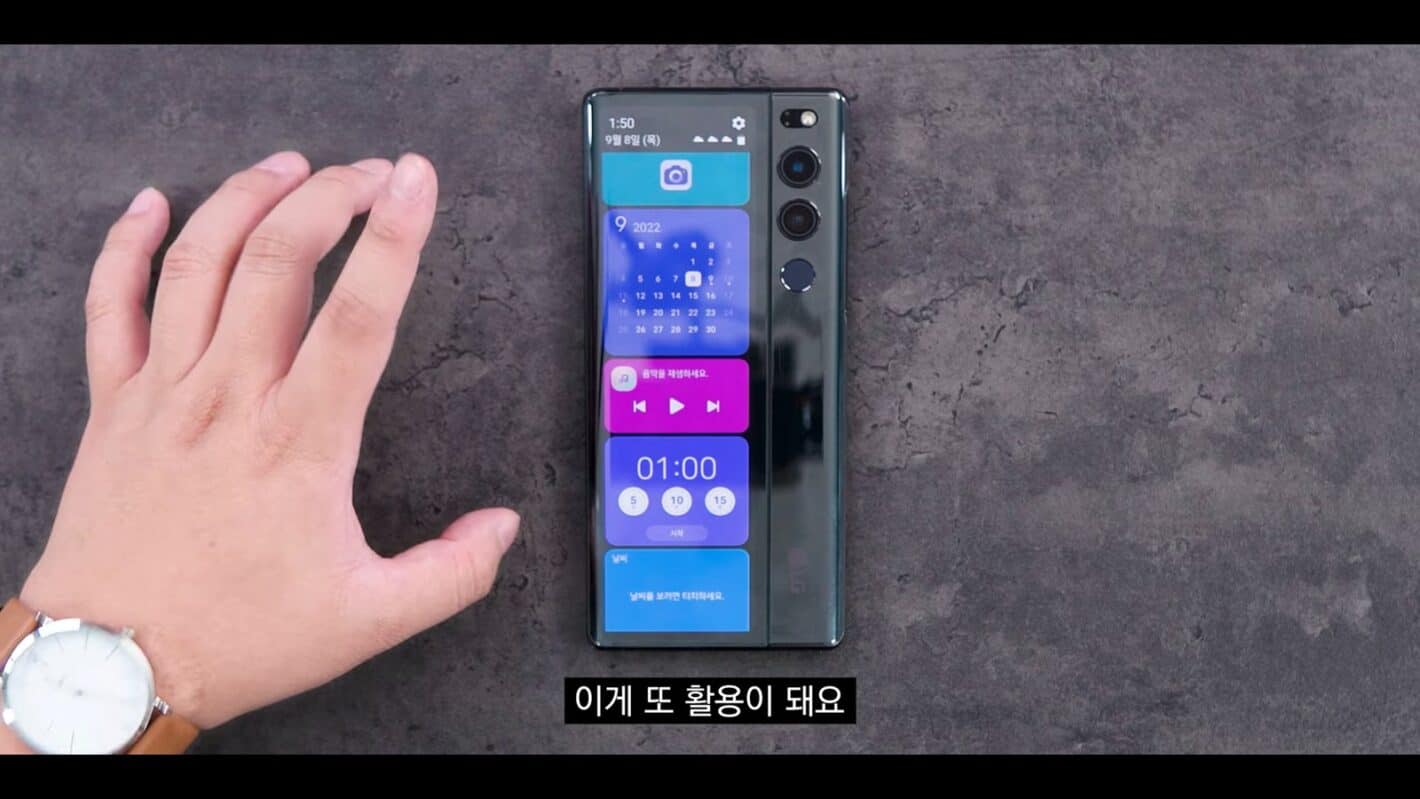 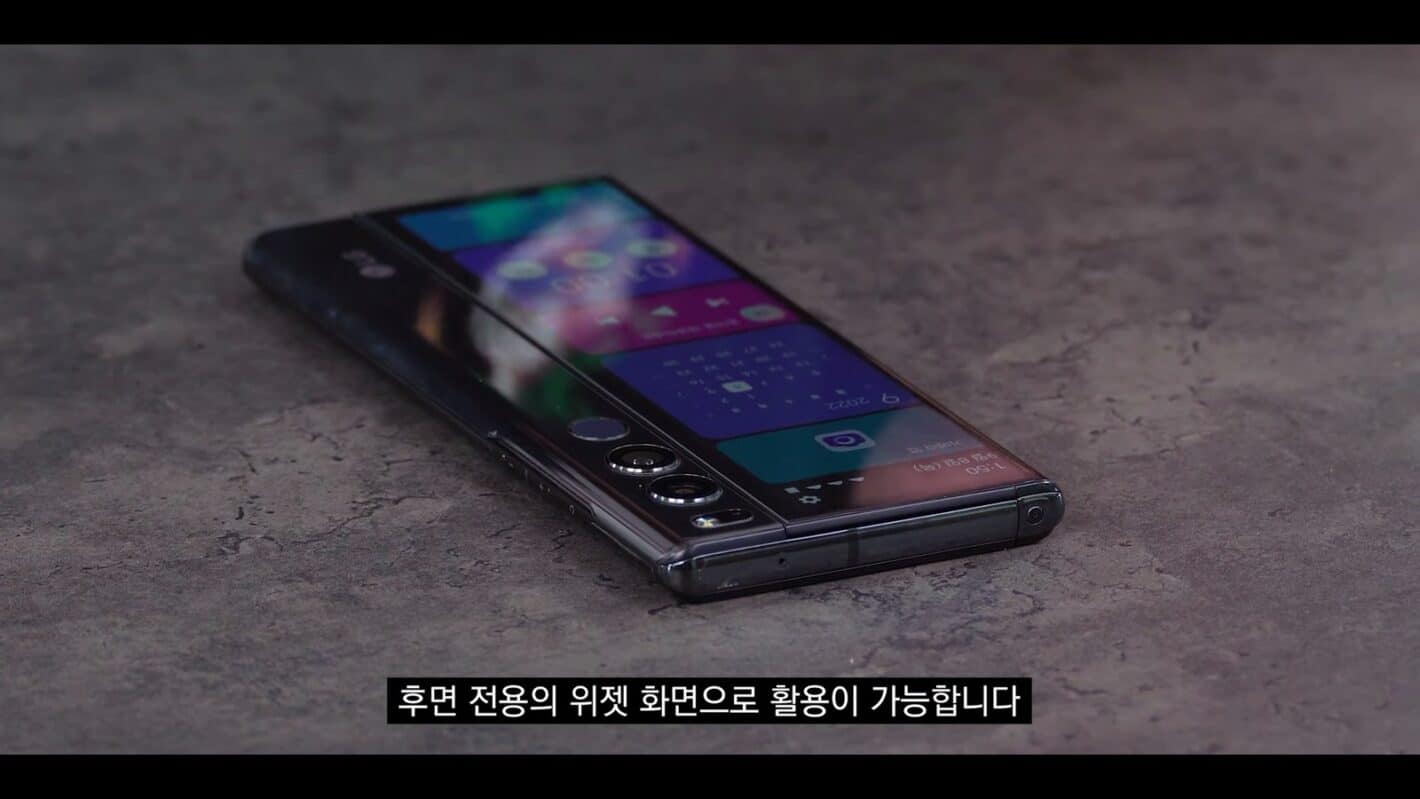 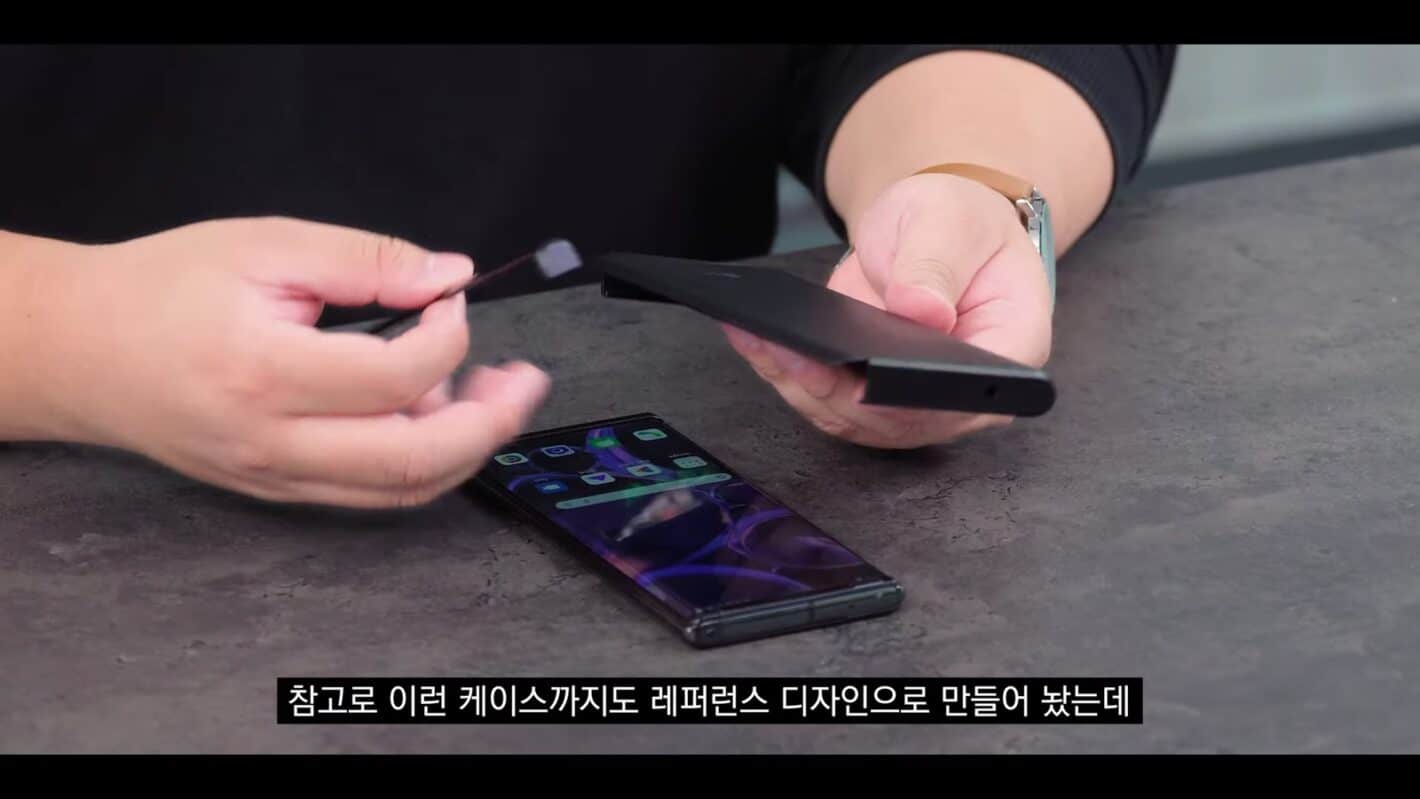 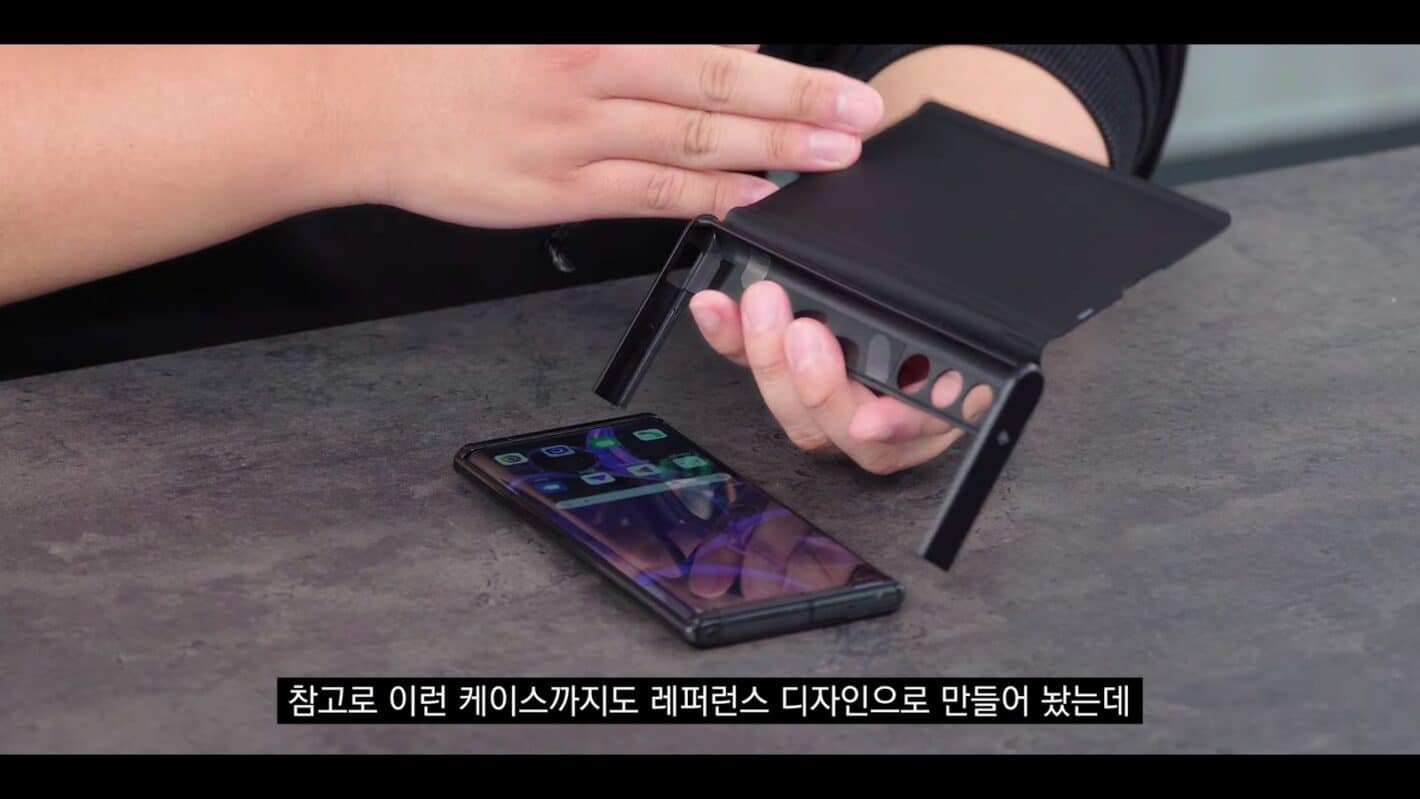 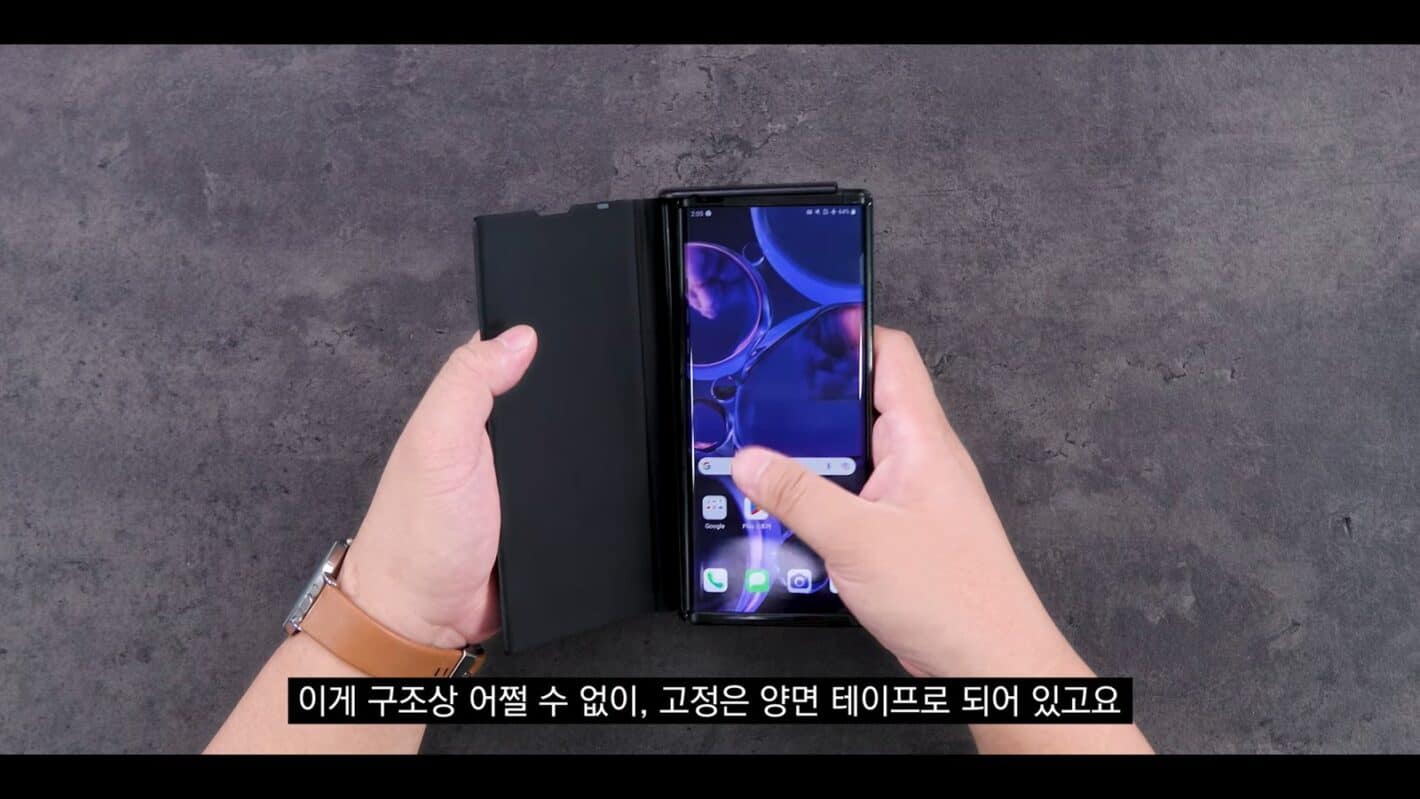 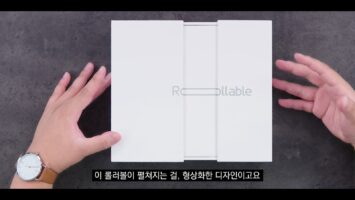 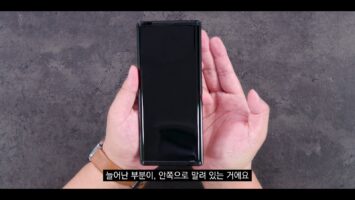 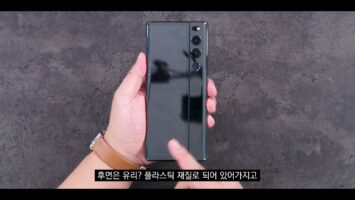 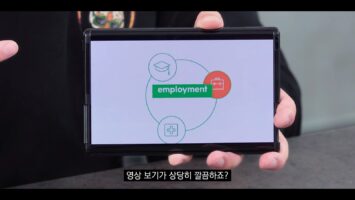 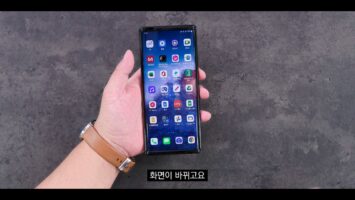 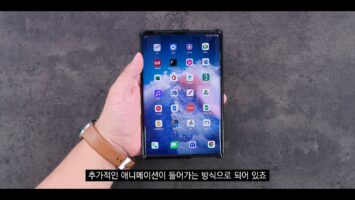 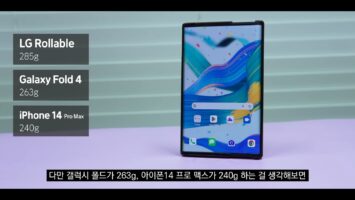 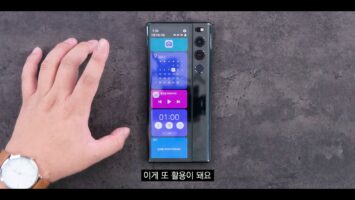 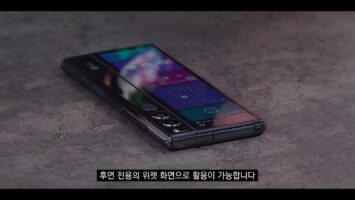 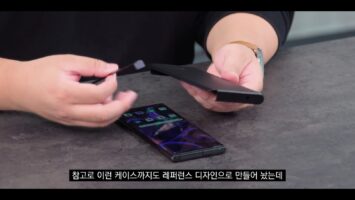 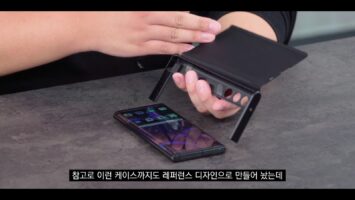 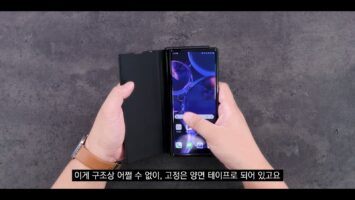