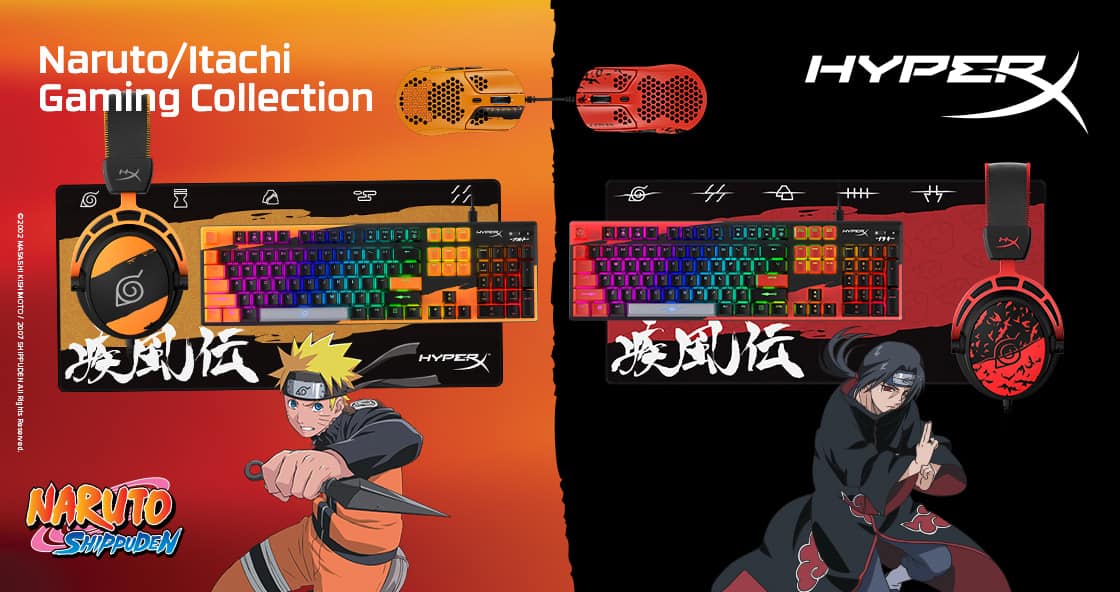 The famed Naruto: Shippuden franchise is getting a bit of a resurgence of late, with HyperX announcing today that it’s launching a limited-edition collection of Naruto-themed gaming accessories. And if you’re a fan of the franchise, these are definitely peripherals worthy of a Hokage. Believe it! Outside of these accessories from HyperX, smartphone manufacturer released a Naruto-themed smartphone earlier this year.

Each of the four accessories will feature a design themed after Naruto Uzumaki and Itachi Uchiha. Emblazoned with their signature color scheme and notable iconography. For example, the Naruto Cloud Alpha headset will come in orange and black with the Hidden Leaf Village symbol on the earcups. The Itachi version of the headset will feature the same symbol but with the familiar slash down the middle. Alongside the red and black colors of the Akatsuki organization and depictions of Itachi’s signature ravens.

The rest of the accessories follow this same theme. Allowing you to completely deck out your gaming setup with a Naruto: Shippuden style.

HyperX will launch its Naruto gaming accessories on September 21

Mega fans of the Naruto franchise won’t have to wait long to grab these accessories from HyperX. The brand says it’ll be officially launching all of them on September 21. Sales of each accessory will open at 9am PT sharp.

And it looks like you will only be able to buy them directly from the HyperX shop online. As far as pricing goes, things will be a bit more than the regular base versions. The Alloy Origins gaming keyboard normally costs $109.99. The Naruto and Itachi versions however will bump the price up to $119.99.