Skip to content
Advertisement
Trusted By Millions
Independent, Expert Android News You Can Trust, Since 2010
Publishing More Android Than Anyone Else
26
Today
101
This Week
101
This Month
6840
This Year
124357
All Time
Advertisement 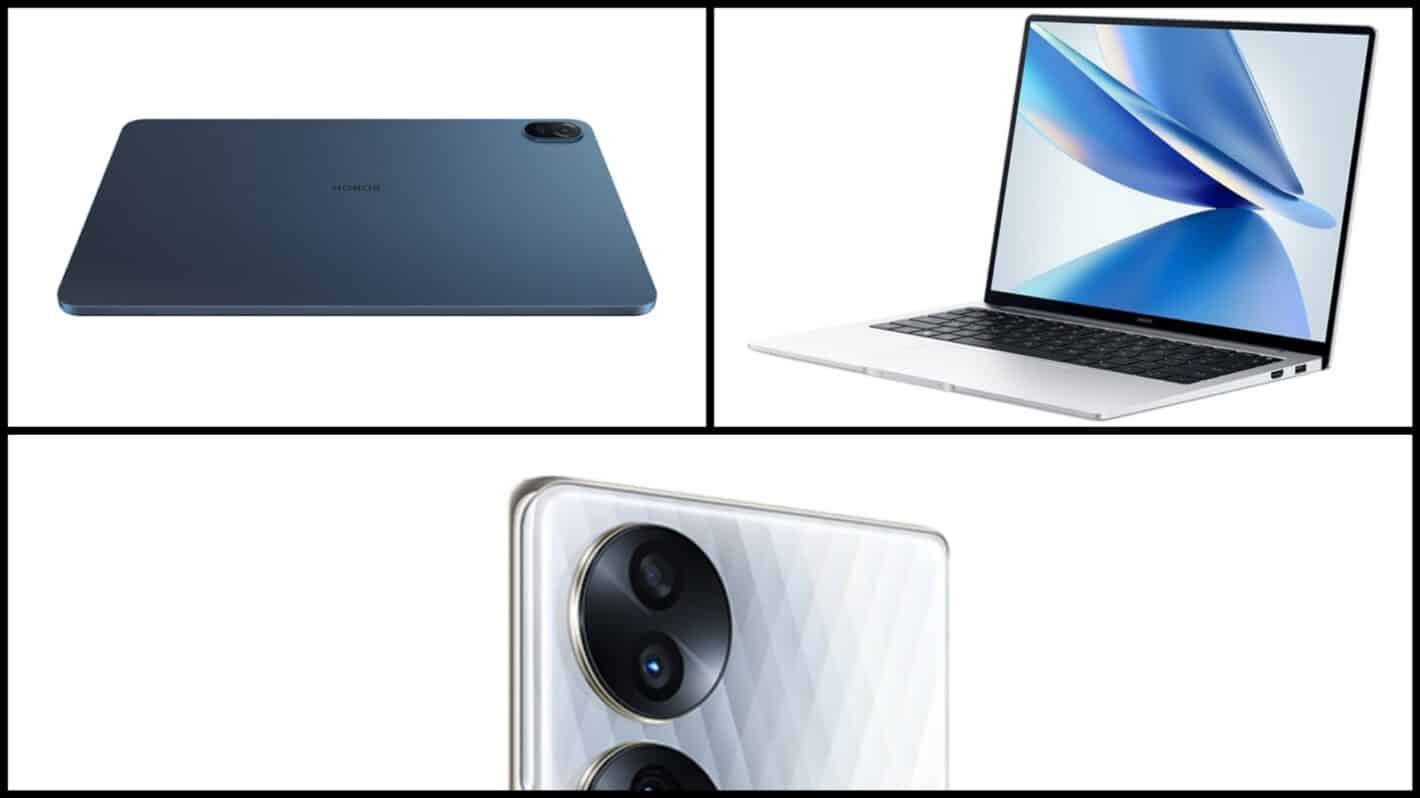 HONOR has announced three new products at IFA 2022. Do note that these are not new products per se, as they were announced in China before, but this is their debut globally, kind of. The HONOR MagicBook 14 laptop got announced, alongside the HONOR 70 smartphone, and the HONOR Pad 8 tablet. In addition to that, MagicOS 7.0 was also announced, though not in detail.

We’ll talk a bit about each of these products separately. Do note that we still don’t have the price tags for them, though, HONOR said they’ll be announced soon. We’ll update the article accordingly. (update below the article)

The HONOR MagicBook 14 is the company’s new Windows 11-based laptop. It resembles the company’s previous offerings, which is a good thing, as it looks quite premium. HONOR used aluminum once again, and it brings battery life improvements (up to 20.8%). OS Turbo is a part of the company’s laptop for the first time as well.

The 12th Gen Intel Core i5-12500H CPU fuels the device, while the NVIDIA GeForce RTX 2050 is also included in the package. So, this laptop comes with a dedicated graphics card. A 75Wh battery is also a part of the package, and the company says you can get 3.5h hours of use with only a 15-minute charge. Pre-orders are starting today, in Europe.

The HONOR 70 is the company’s new smartphone. It resembles its predecessor in terms of design. This phone has a glass sandwich design, where you can feel the frame. It actually feels different than most phones on the market. The same was the case with the HONOR 50. The bezels are thin, the display is curved, and a display camera hole is centered.

The phone also comes with a Solo Cut mode, Dual Video Streaming, and more features. It has a 54-megapixel (Sony’s IMX800) main camera. A 50-megapixel ultrawide and macro camera is also included on the back of the phone. The Snapdragon 778G Plus 5G fuels the phone, while Android 12 comes pre-installed. You’ll get Magic UI 6.1 pre-installed here. The device comes in Midnight Black, Crystal Silver, and Emerald Green colors. The phone will be available starting from today (in Europe).

The HONOR Pad 8 is the company’s new mid-range tablet. This thing is very thin, and it features a 12-inch 2K FullView display. It has a screen-to-body ratio of 87 percent, and offers a resolution of 2000 x 1200. A 7250mAh battery is also included inside of this device.

HONOR said that pre-orders for the device are starting today, and that the device comes in a Blue Hour color option. That seems to be the only color variant on offer, at least for now. The device will be available in Europe.