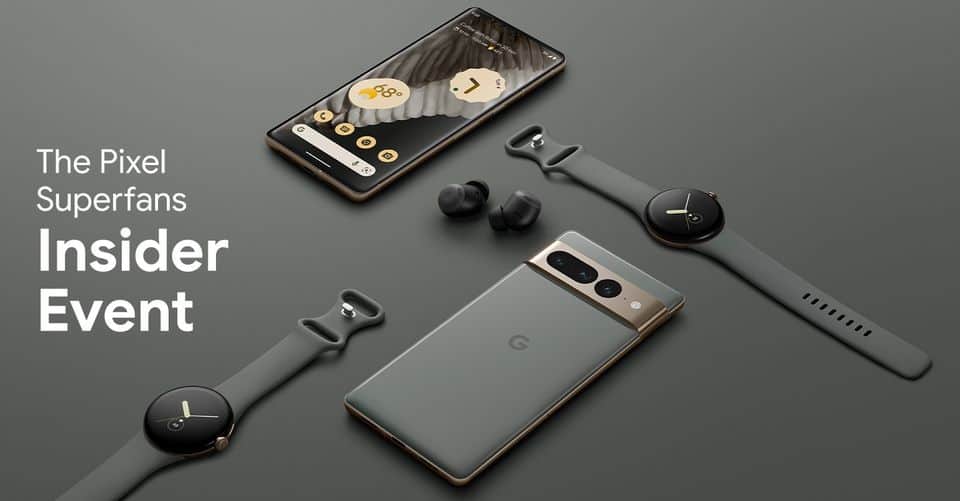 Google has decided to show us all the front side of the Pixel 7 Pro. The image you can see in this article comes from the ‘Pixel Superfans’ page on Facebook. That page is actually private, but this image is available to everyone.

You can clearly see that Google showed off its Pixel Watch here, the Pixel Buds Pro, and the Pixel 7 Pro from front and back. We’ve already seen the device from the back, a number of times, as Google showed it to us in renders. It was first shown back in May, during Google I/O, and also several times after that.

What we did not see is the front side of the phone, at least not officially. It did appear in hands-on videos with phone prototypes. Based on this image, the Pixel 7 Pro’s display may be less curved than the one on the Pixel 6 Pro. This is not the highest-res image out there, but the sides do look less curved.

These are good news, as this means that we’ll get fewer reflections on the sides. Some of you may still prefer a more curved panel though, or flat displays, but Google has decided to do something in between.

The Pixel 7 will include a flat display, almost certainly

If you definitely want a Pixel with a flat display, well, the regular Pixel 7 will probably utilize it. There are also the Pixel 6 and 6a on offer, so there’s plenty to choose from.

We already know that the Pixel 7 series will become official on October 6. Google already announced its Pixel press event. It also confirmed that both devices will be fueled by the Tensor G2 SoC.

The company will announce the Pixel Watch during that event as well. Based on the latest information, though, the Pixel Watch won’t ship to consumers until early November, but the Pixel phones will.

If you’d like to know more about the Pixel 7 and Pixel 7 Pro, check out our previews.