Google Chrome has and continues to be improved in significant ways but while the latest change in version 105 — clarifying the labeling of Chrome Custom Tabs as compared to WebView tabs — is more subtle, it is arguably no less impactful. That’s based on recent reports detailing the slight alteration to the feature found in Chrome 105.

Now, many users may not ever notice the difference at all. That is unless they happen to open the three-dot overflow menu in a Chrome Custom Tab (CCT). For clarity, those are browser tabs opened in their own window by a variety of applications when a link within the app is tapped. For instance, upon tapping a link on Twitter.

Prior to the update, selecting the three-dot overflow menu presented all of the usual options. As shown in the image below, it also showed a piece of text reading “Powered by Chrome” at the bottom. That doesn’t necessarily do a good job of differentiating between the older WebView pages and the newer Chrome Custom Tabs.

But not only do Custom Tabs driven by Chrome allow developers to present a more cohesive experience in terms of theming and customizations. They also bring other advantages. So the difference between WebView and Chrome Custom Tabs is an important one. And arguably, so is the ability for users to discern which apps use which feature.

For instance, Chrome Custom Tabs also allow the same features as full-blown Chrome. Such as allowing users to remain logged in to their sites.

Now, in version 105, the text has been swapped out for a full-color Chrome logo. That’s accompanied by the words “Running in Chrome,” as well. Letting users know that they’re getting the best of Chrome, customized for a more cogent in-app experience.

The update to version 105 of Google Chrome on Android is rolling out now. 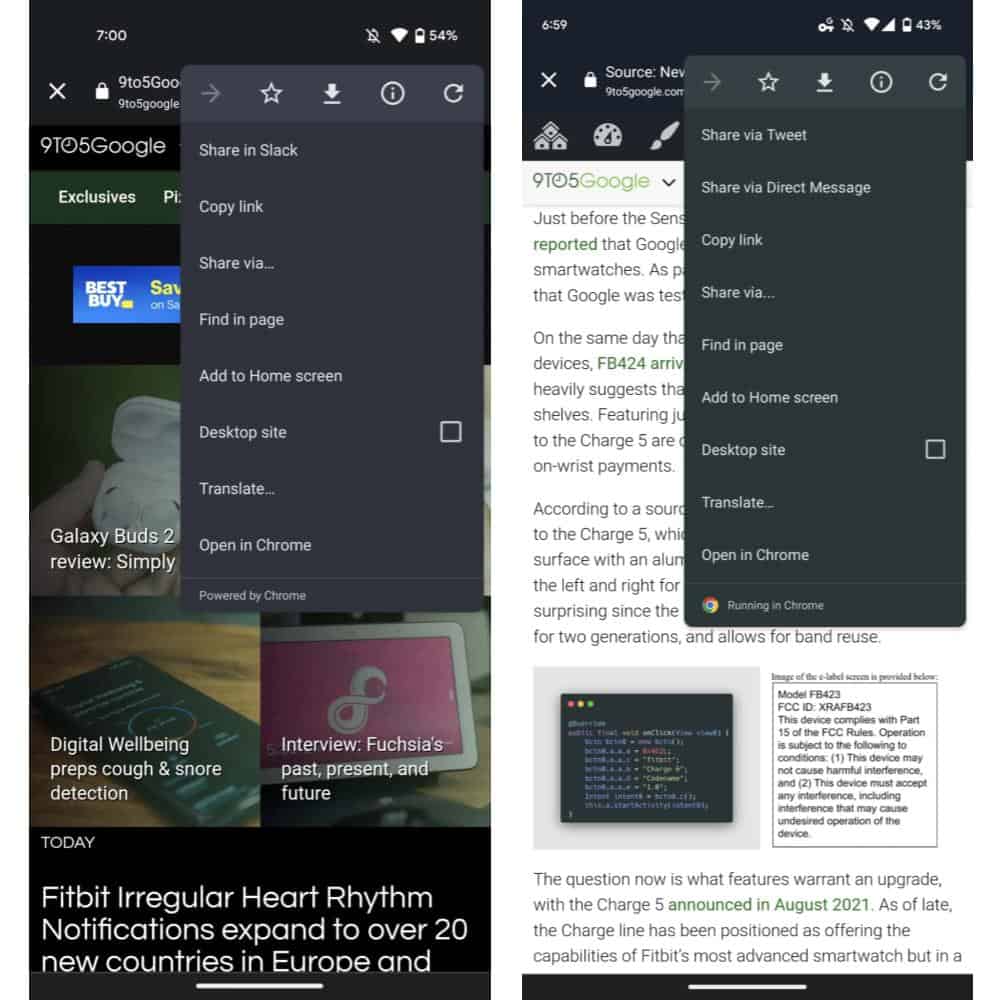