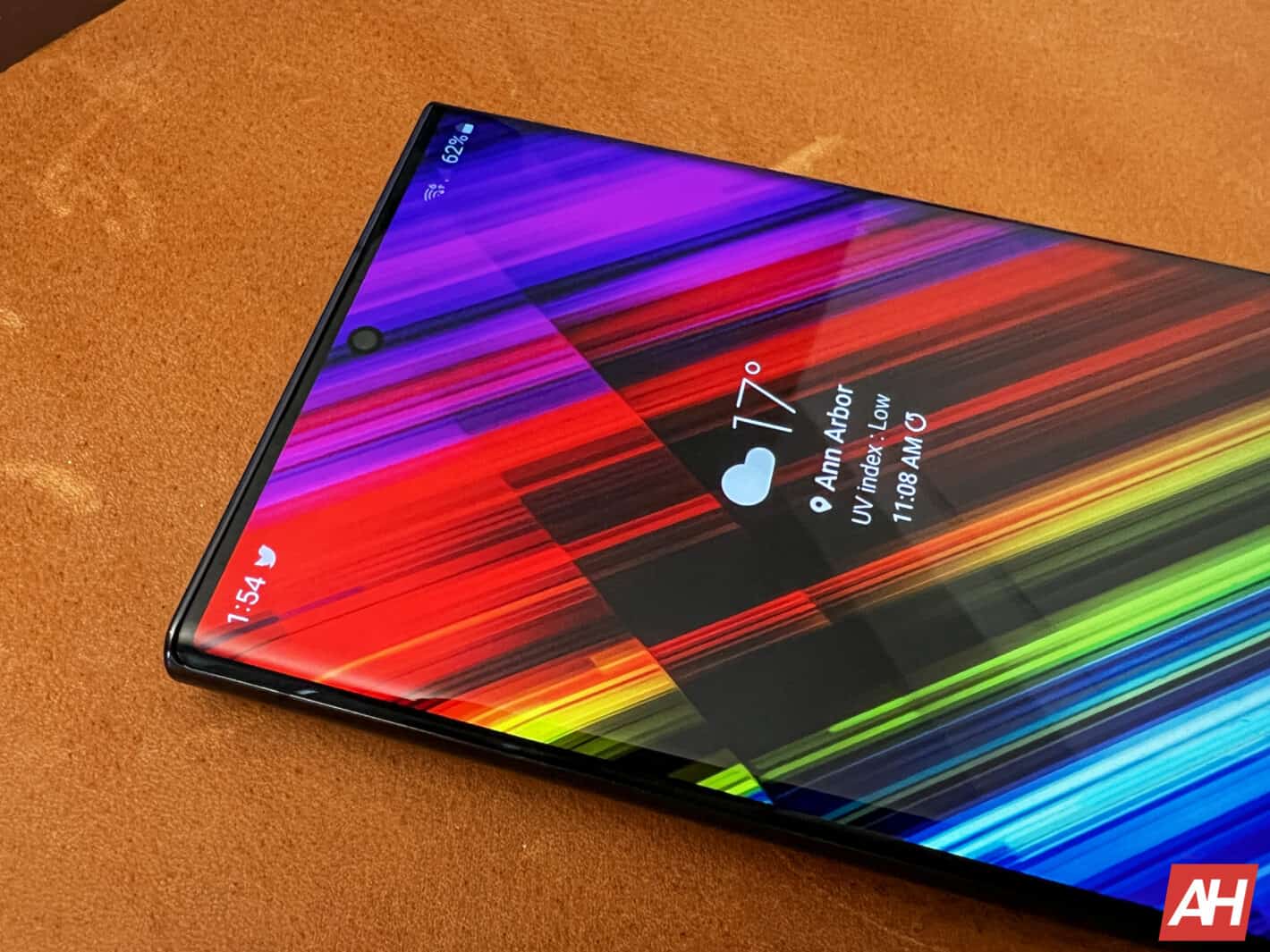 Distinguishing between Samsung‘s Galaxy S22 and Galaxy S23 series phones may be incredibly difficult. Noted leaker Ice Universe has been hinting that the upcoming Galaxy flagships could look too similar to the current models. From the design and size to the camera arrays, the company is reportedly changing nothing. The same source has now shared the precise dimensions and screen sizes of the three Galaxy S23 models, and tell you what, we are in for a copy of the Galaxy S22 trio.

As for dimensions, the upcoming phones will boast the same thickness as the current ones. Samsung is making them taller and wider by a few tenths of a millimeter and that’s about it. You can check it out for yourself in the screenshot below (via). 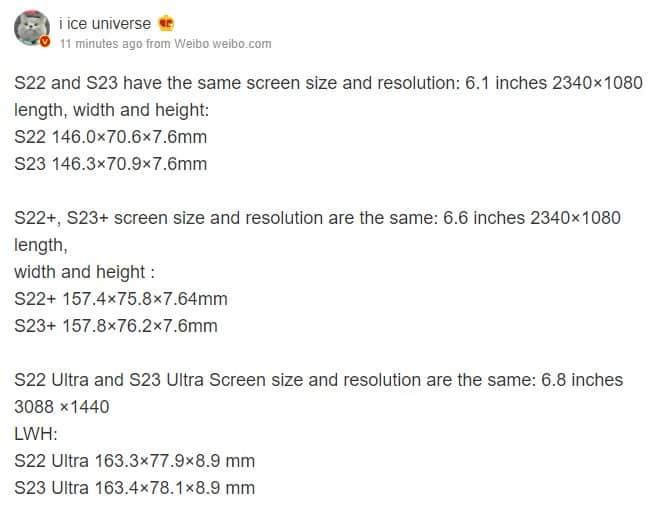 Samsung is going the Apple router after mocking it, again

Apple recently launched the iPhone 14 series and immediately became a target for trolls. The base iPhone 14 is pretty much an iPhone 13 running the latest version of iOS out of the box. Nothing else changed. Cameras, battery, display, and even the processor, everything is the same as last year’s model. Of course, Apple has never been known for changing the design, so we aren’t even considering that. What’s baffling is that the company didn’t give the base model a new processor.

Samsung, as it has always been, was quick to mock Apple for selling the same phone with a new name. But it appears the company is going the same route for its next-gen flagships, at least in terms of design. If you recall, the Korean firm aggressively trolled the iPhone maker when it removed the in-box charger from the iPhone 12 series. But a few months later, it went the same route. We can’t help but draw similarities with the latest rumors.

That said, we hope that the rest components of the Galaxy S23 phones will upgrade over the current models. Well, rumors are already hinting at the camera and processor upgrades. The devices will arrive in early 2023. So rumors and leaks may soon pick up pace unless Samsung manages to plug those this time around. The company doesn’t have a good reputation for preventing leaks, though. We will keep you posted.