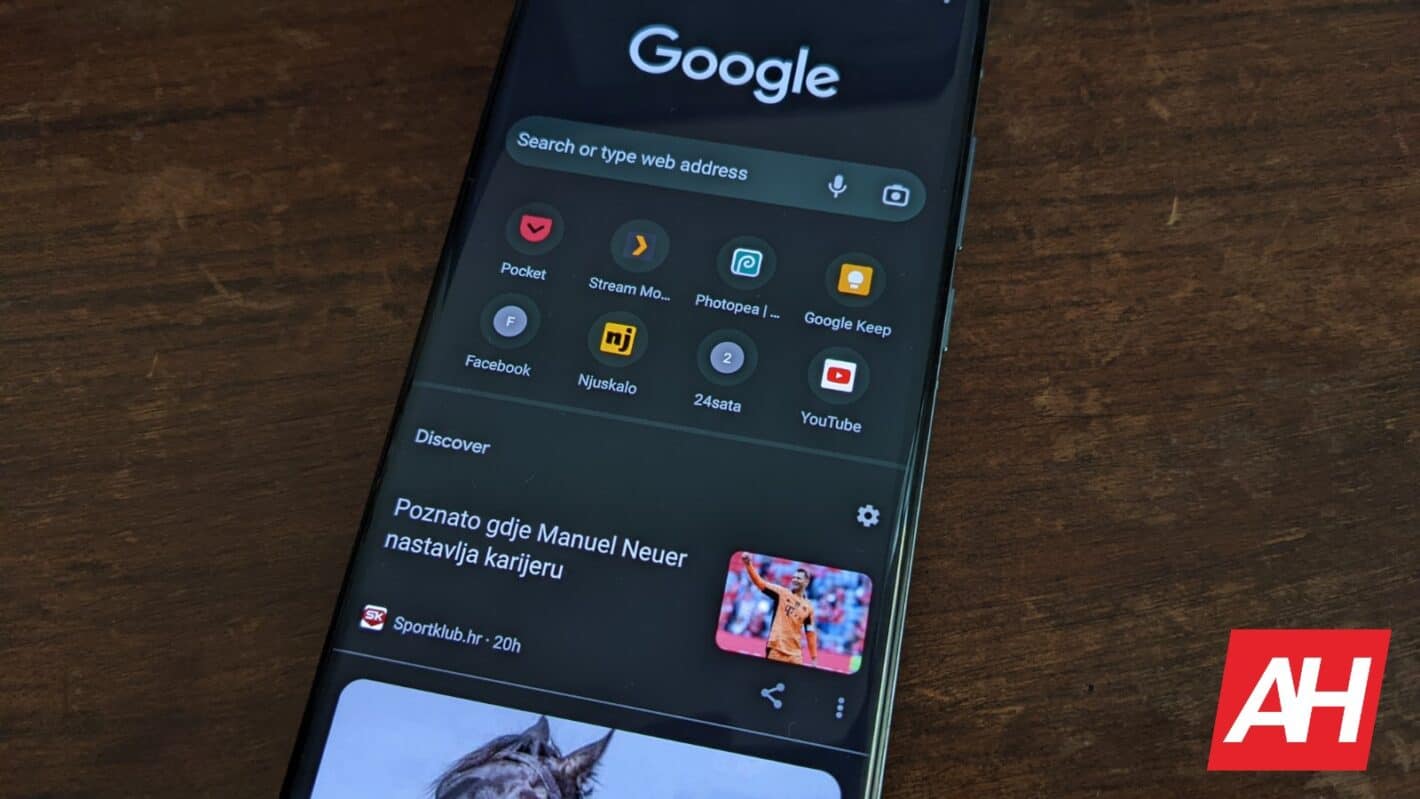 Chrome instances, when opened up by Google Search and the Google Discover feed, are getting a fresh new UI on Android, following a recent update. That’s based on recent reports, detailing the change as spotted on Pixel devices running the latest beta of the Google app.

For clarity, Google Search is the search UI and news feed that appears when opening the Google App. Google Discovery is the feed of stories appearing on Android devices’ left-most screen. The biggest change is in the way Google Search and Discover display web pages to end-users. Namely, by no longer taking up the full height of the display area.

Instead, the pages open like overlay cards, taking up the full width and sliding up from the bottom. That’s complete with a tab UI for swiping the UI away and with bookmarking and menu options. Just as before.

As shown in the images below, the result is an interface that’s still easy to read. But also one that’s more clearly a bit separate from the main app UI. Whether that’s Google Search or Discovery, respectively.

The remaining significant change is where the UI shows the “Running in Chrome” message. Rather than displaying the message only in the three-dot overflow menu. That’s now also shown while the page is loading in place of the page title. Once the page finishes loading, the page title takes its place.

Does any content still show in full-screen UI in Google Search or Discover?

According to the source, some content, namely videos, does still show in a full-screen format. So users who consume that type of content via the two Android features will still be able to do so comfortably.

But users shouldn’t necessarily expect to see this change-up anytime soon either. Although the alterations do fall well within the current trend of Google changes to Chrome. So they almost certainly will eventually. It is currently only appearing in the Beta variant of the app. More precisely, that’s beta version 13.37 of the Google app.

Moreover, it appears to not be appearing for every user of that version. So it likely is being tested in an A/B fashion in the beta app rather than rolling out widely at this time. 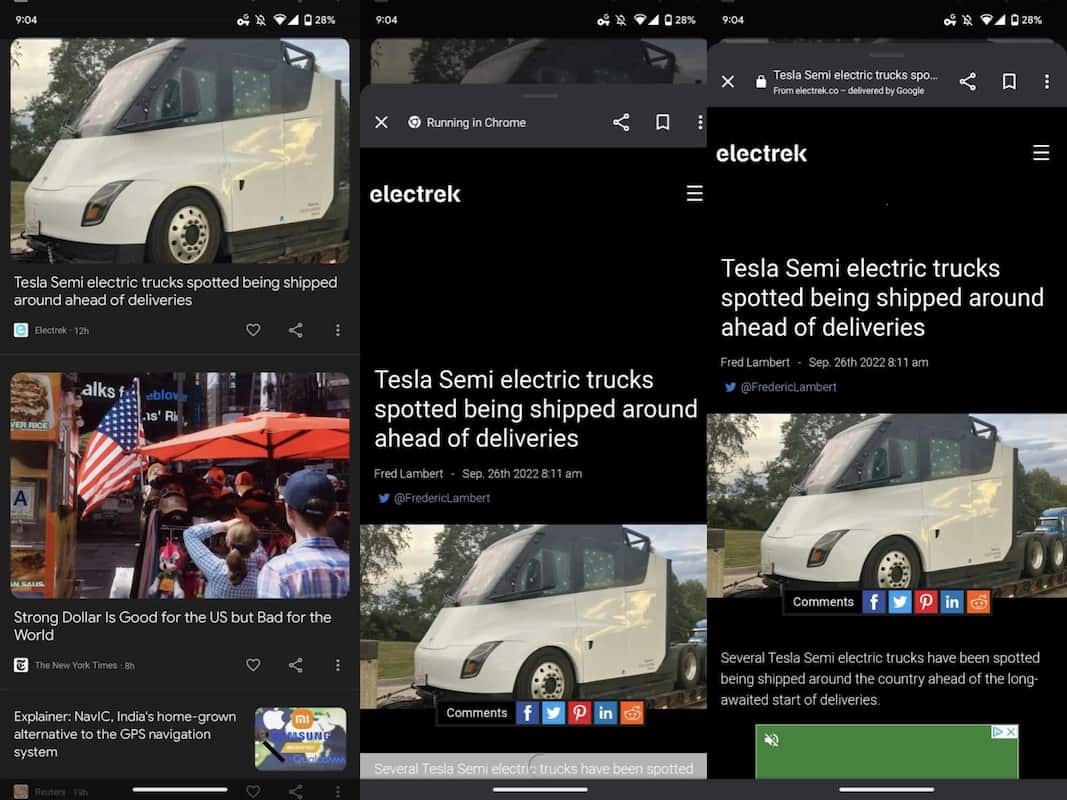 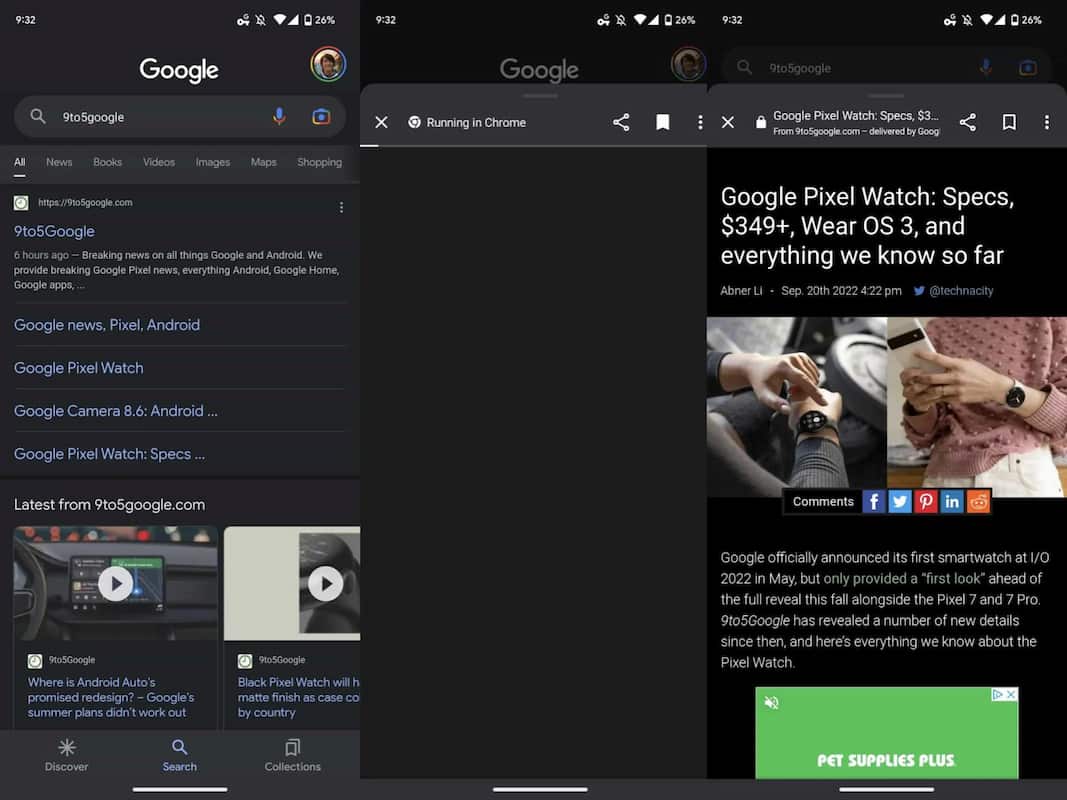 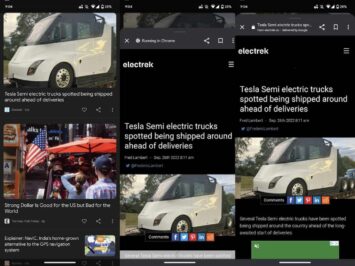 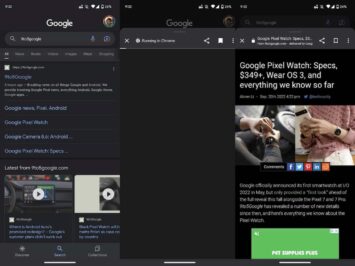