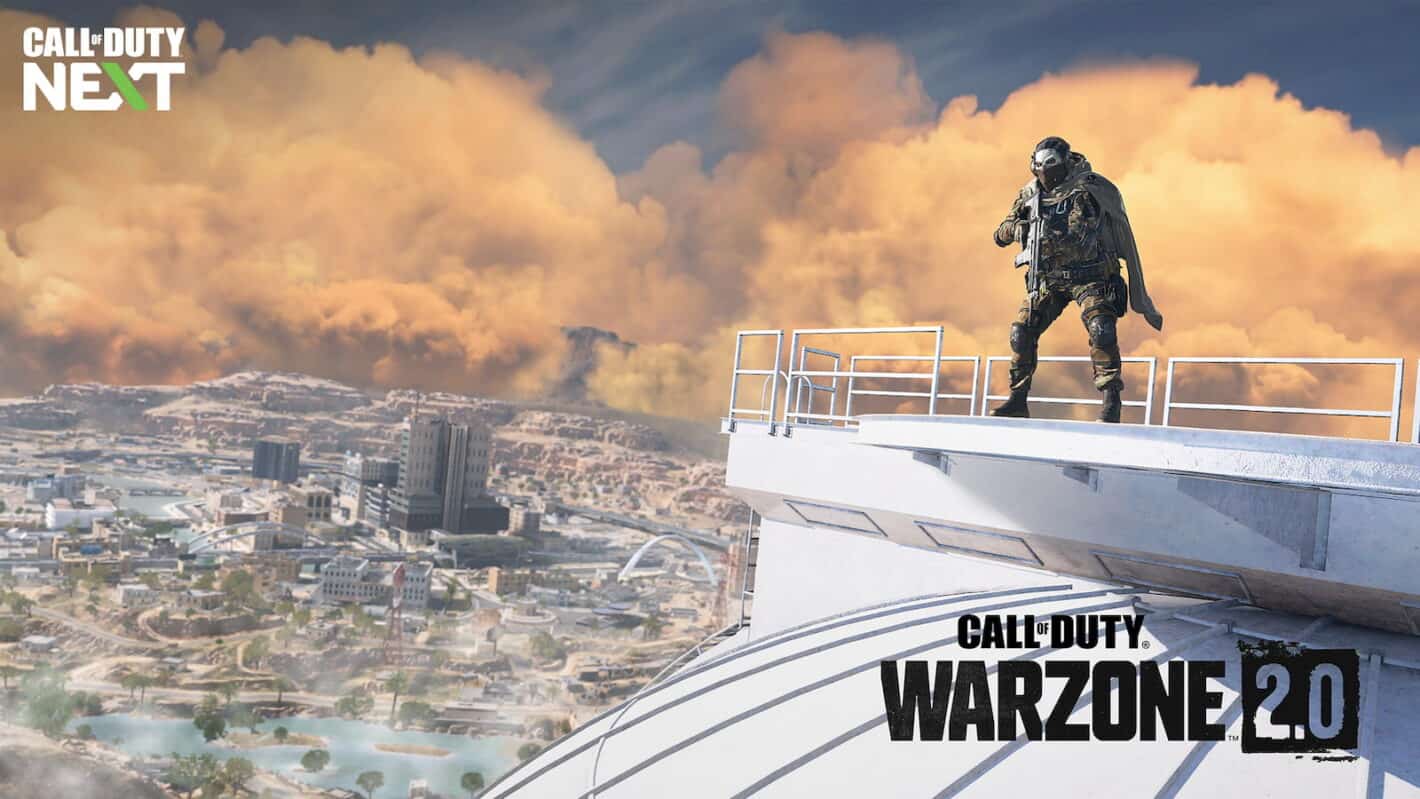 Today during its Call Of Duty: NEXT showcase, Activision announced Call Of Duty: Warzone 2.0, alongside another look at the upcoming Modern Warfare II. Players got their first official look at the multiplayer mode with a brand-new trailer, but there was also some more footage of the campaign, and Activision’s mobile take on the franchise with Call Of Duty Warzone: Mobile.

All of these releases are part of Activision’s efforts for the “future of Call Of Duty.” While the immediate focus might be on Modern Warfare II since the beta starts tomorrow and the game launches on Oct. 28, Warzone 2.0 is introducing a big list of changes that are certainly going to be getting plenty of attention.

In addition to coming with a brand-new massive map, Warzone 2.0 is also introducing new modes to push Call Of Duty into new genres, as well as new features.

Warzone 2.0 will be the official name for the new release. And it’s launching on November 16 for PC and consoles. Activision says this will be a hugely ambitious project with a “fully revamped experience.” Ushering in an era of Call Of Duty that’s never been seen before. Some of the most notable changes include multiple circles that will close in on players.

The idea here is that this will force players into separate directions. Creating multiple points of engagement. There’s also the all-new map, called Al Mazrah, which Activision says is “the biggest Call Of Duty: Warzone map ever.”

The map will feature multiple points of interest as well as a collection of coastal towns, depots, desert peaks and more. All strewn across a vast landscape. Players will be able to engage in vehicle combat with new vehicles, too. Additionally, Warzone 2.0 will include the same underwater combat being introduced with Modern Warfare II.

Call Of Duty takes on the extraction shooter

Another new feature coming with Warzone 2.0 is the DMZ mode. This is essentially Call Of Duty’s take on the extraction shooter like Escape From Tarkov. Right now Activision isn’t talking much about DMZ. But the publisher has confirmed a few details. Players will be able to enter the map and complete tasks, gather materials, and then extract at any time.

Players will also be able to collect gear that can be kept and used in your Warzone 2.0 inventory. What’s more, is there will be a phase where you can buy guns and equipment. It’s not clear if players will lose everything they take into a match (as well as what they collect) if they die before extracting. But it’s likely that’s how things will work. Since that’s how gameplay in Tarkov works.

Without much information there’s no way to know exactly how DMZ will play out. But players should expect more detail to be shared closer to the Warzone 2.0 launch.