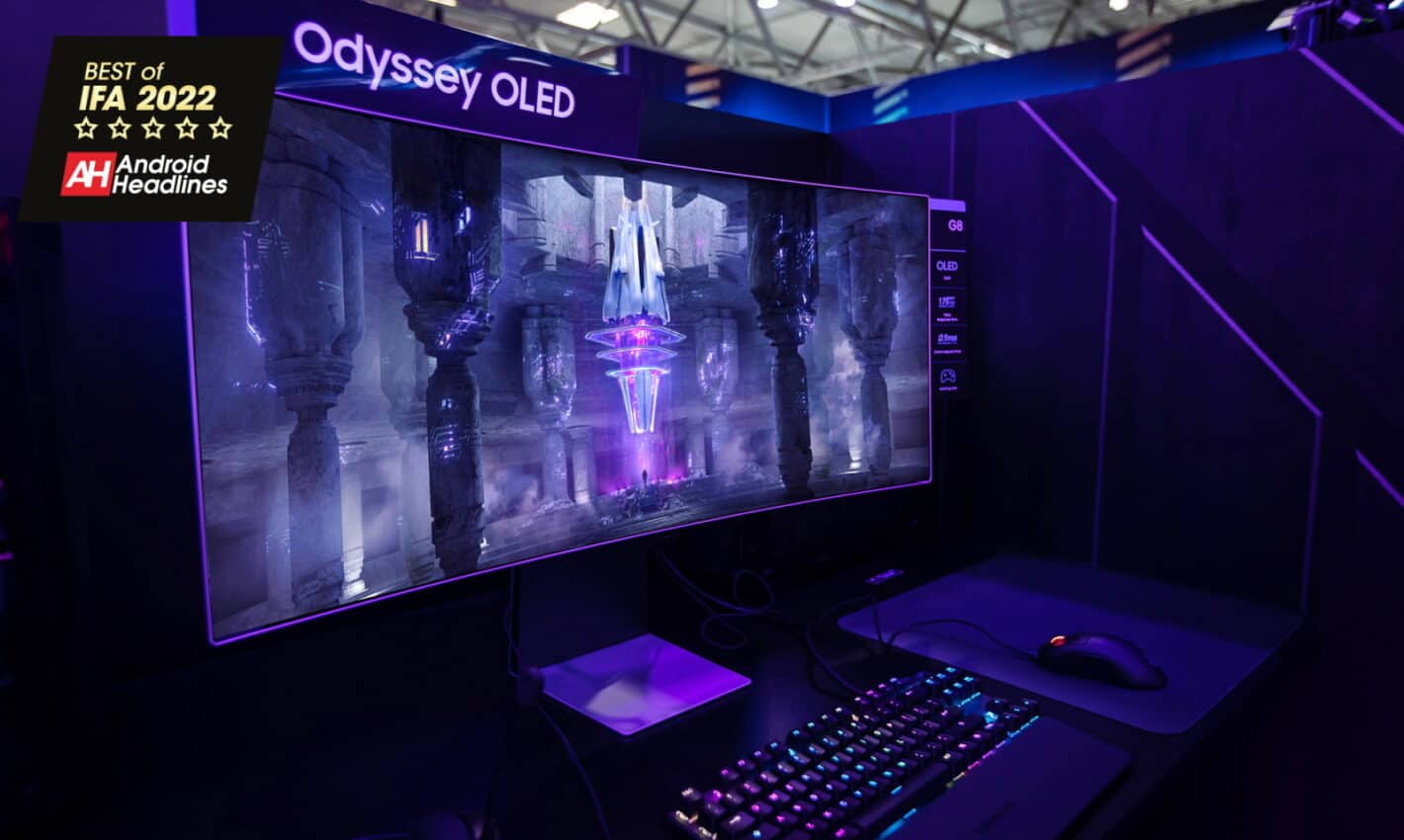 The Odyssey OLED G8 is a slightly curved, 34-inch ultrawide panel. So you get plenty of screen real estate for games and everything else. But it isn’t equipped with the super deep 1000R curved of monitors like the Odyssey Neo G9 or Odyssey Ark. Instead, it carries an 1800R curve. This makes it a really nice middle ground for anyone who doesn’t mind a bit of a curve but prefers flat panel monitors. All while delivering intensely vivid colors and deep blacks for a truly gorgeous gaming environment every time you play.

Samsung has a history of making some really great gaming monitors, and it’s brought all of that knowledge to the Odyssey OLED G8 that it unveiled at IFA this week. And in true Samsung fashion, it delivers a striking design that will spruce up any gaming setup. 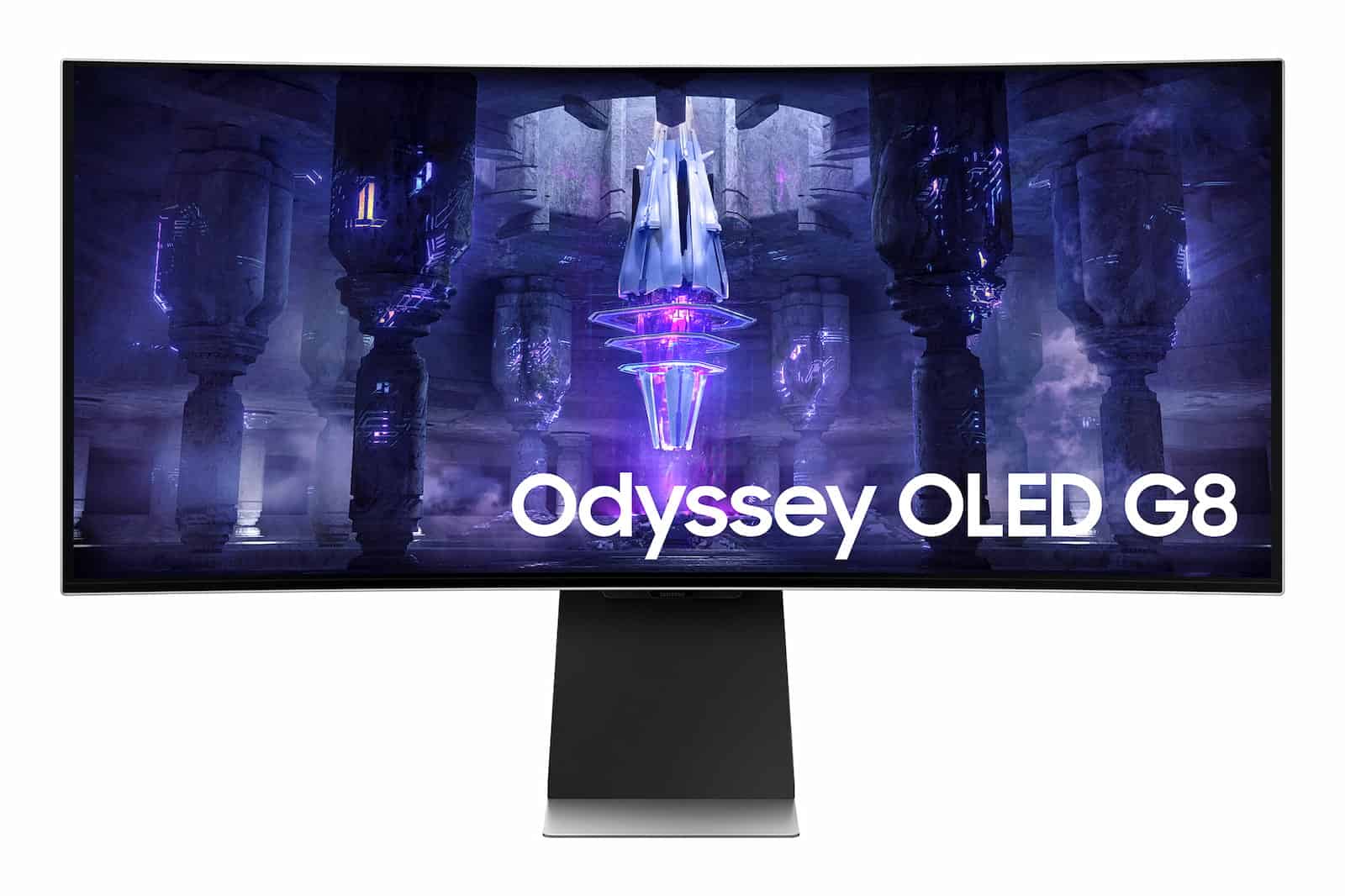 Samsung crammed a whole lot of entertainment into this monitor

While we have no doubts that the Odyssey OLED G8 would be a fantastic monitor for gaming PCs, they aren’t necessarily needed. That’s because the Odyssey OLED G8 has both Samsung Gaming Hub and Samsung Smart Hub. Smart Hub is essentially the smart software you see in Samsung’s most recent TVs.

With it, the Odyssey OLED G8 is not really just a monitor. Because Smart Hub delivers access to all kinds of apps and features. Gaming Hub on the other hand gives you access to cloud gaming services. Such as Stadia, GeForce NOW, and Xbox Game Pass. Not to mention apps like Netflix, HBO Now, Prime Video and more.

With all of this at your fingertips, you don’t even really need a PC to plug this into. Simply plug the monitor into a power source and you have gaming and TV/movies at the ready. Sure, cloud gaming doesn’t work for everyone. And for those consumers, this will still end up being a great gaming monitor.

But it’s also going to be a stellar option for those who cloud gaming is a viable and enjoyable way to play games. It lessens the amount of stuff you need sitting on or under your desk. There’s less cables laying about. And it provides an overall cleaner-looking setup in general. It’s definitely one of the best parts about this monitor. And alongside that it even gives you access to IoT devices that may be connected wirelessly to it. Thanks to Samsung’s IoT Hub.

It feels like a one-stop-shop monitor for gaming and entertainment with vivid visuals and advanced features. And that’s why we gave the Samsung Odyssey OLED G8 the Best Of IFA 2022 award this year.