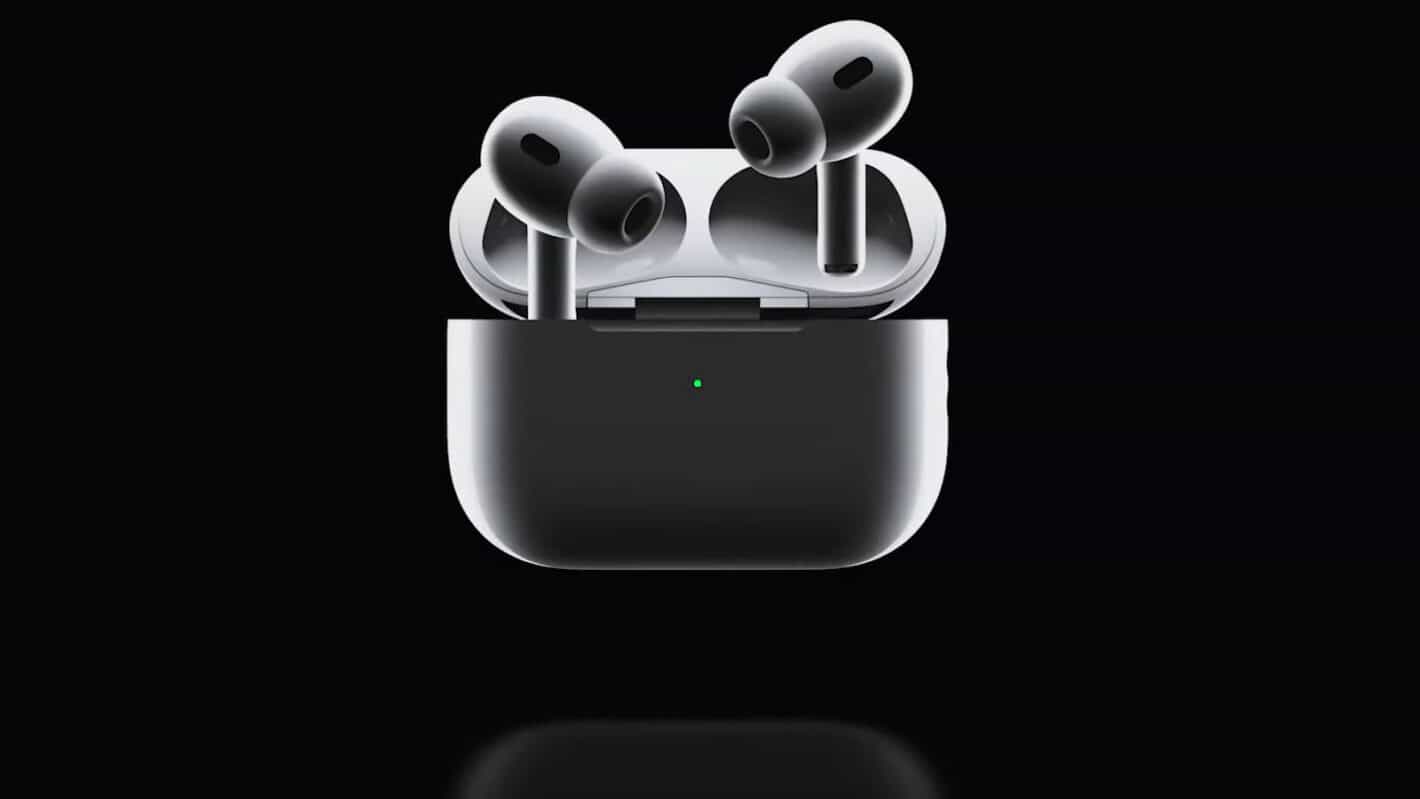 Apple just had its event, and iFans are still reeling from the announcements. Among the announcements, we got a glimpse of the new AirPods Pro. These bring some notable improvements to the hardware and firmware that the company praised.

Apple brought some changes to its new earbuds, and they start with the new high-bandwidth connectivity for better audio over Bluetooth. Also, these AirPods have a low-distortion driver to reduce the audible distortion of the audio.

Moving onto the noise cancelation and ambient mode, there are some improvements. For starters, the ANC on these earbuds is twice as effective as the ANC on the first-gen AirPods Pro. This means that they can filter twice as much unneeded noise from your ears.

For the ambient audio feature, the earbuds will actually block out sounds that reach a certain volume level. This means that they’ll protect your ears in the event of any sudden loud sounds. Say, you’re walking around and a car speeds by you. The earbuds will do their best to filter that noise to avoid hearing damage.

The new AirPods Pro come with spatial audio, and that’s a major feature for any audiophile. This technology will adjust the audio based on your head’s orientation. It’s to make you feel as though you’re in the actual concert or studio where the music is happening.

One interesting thing about these AirPods is that they will make a personalized spatial audio profile for you. You can use your phone’s TrueDepth to create the profile so you can tailor the spatial audio to your ears.

There are improvements to the battery life

Charging the case is easier, as you can use your Galaxy Watch charger and any other Qi wireless charger to charge the case.

The case has a speaker

In the case that you lose any of your pods, you’ll be able to use the Find My network to locate them. What’s neat is that finding the case is also pretty easy, as it actually has a speaker on the bottom. This means that you can have it make a noise if you happen to lose it.

If you’re hyped for these earbuds, they’ll cost $249 when they launch, Pre-orders start on September 9th, and they go on sale on September 23rd.

Read more on the Apple event