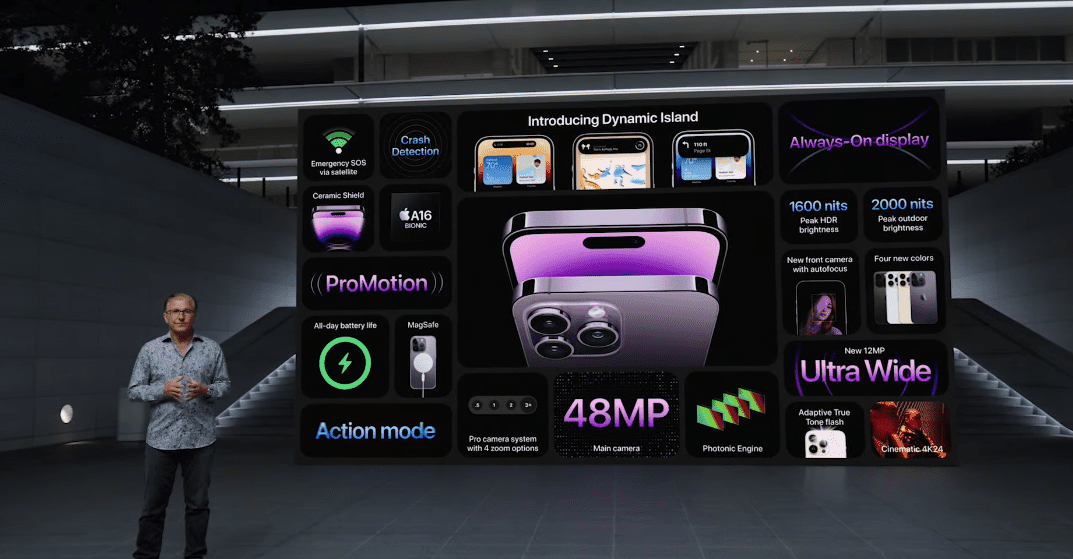 On Wednesday, Apple announced the iPhone 14 series, which consists of the iPhone 14, iPhone 14 Plus, iPhone 14 Pro, and iPhone 14 Pro Max. This year, the Mini is gone, may she rest in peace. For us Android users, a lot of the iPhone hype is for features that we’ve had for years. And in the case of always-on display, for nearly 10 years. The Moto X which was announced in 2013, was one of the first to have it (Windows and Symbian phones had it even earlier). So it’s about time Apple gave it to iPhone users. 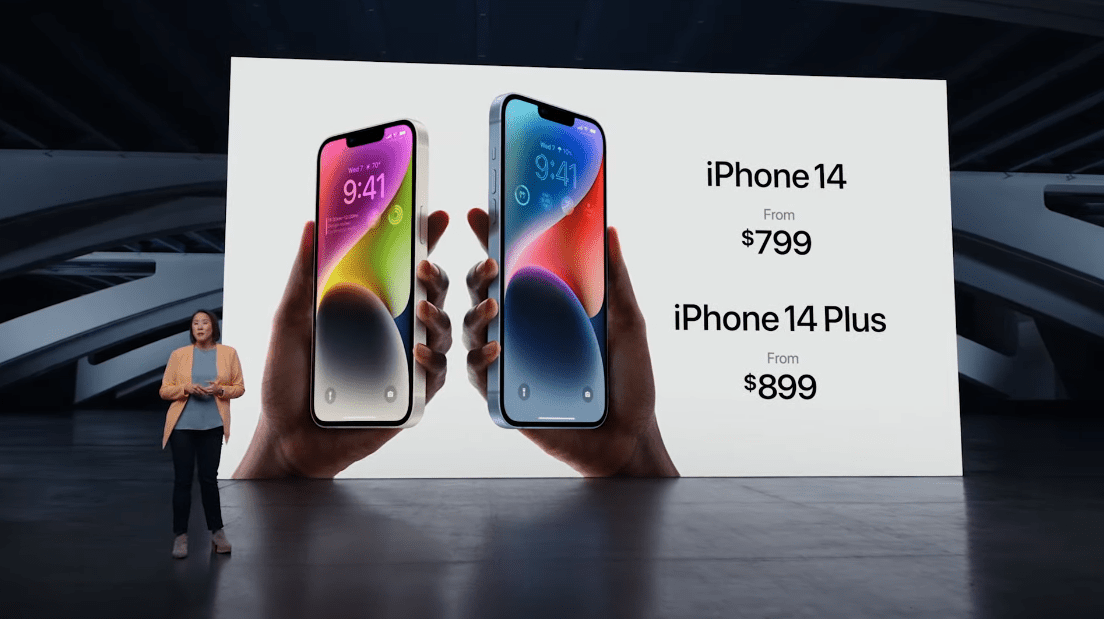 These use Ceramic Shield once again, so you’re very unlikely to break that display. But it will scratch a bit easier. The display is also plenty bright with 1200 nits of brightness. It also supports HDR with Dolby Vision, HDR10 and HLG.

Apple claims that the iPhone 14 Plus has the best battery life of any iPhone every.

And it’s true that it does use the same A15 Bionic as the iPhone 13 series. With a 5-core GPU and 6-core GPU, as well as a 16-core neural engine. It’s still faster than all the competition, including the new Snapdragon 8+ Gen 1 from Qualcomm.

Now onto the cameras. There’s a new 12-megapixel main sensor that is now larger at 1.9um. It’s also an f/1.5 aperture, and sensor-shift OIS is included.

Basically, these are the iPhone 13 Pro, but without ProMotion and a telephoto camera. 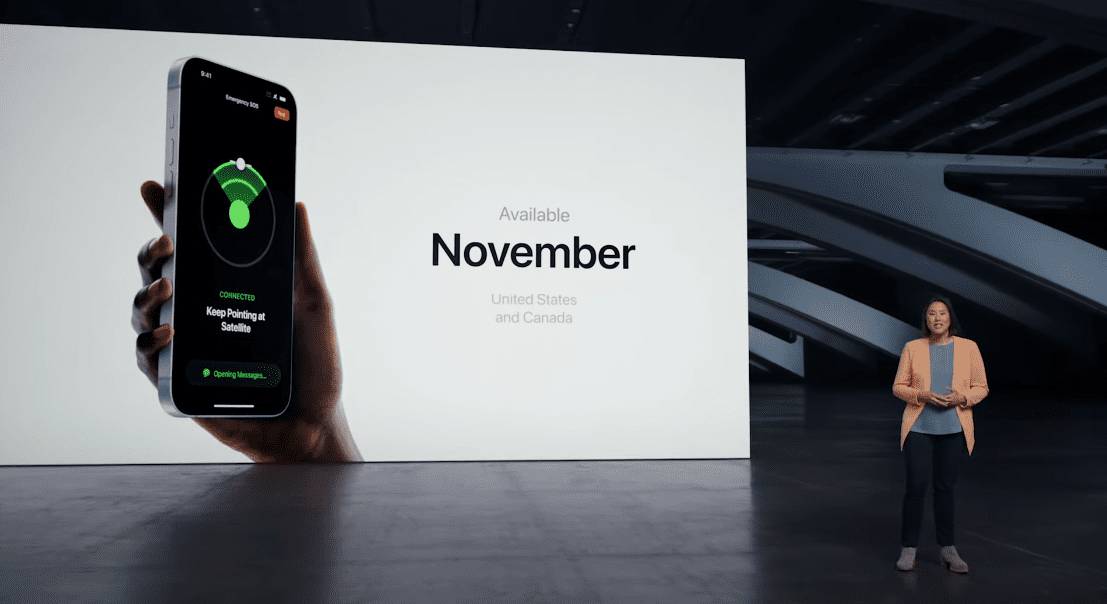 iPhone 14 comes with Emergency SOS via Satellite. Apple created a way to reduce the size of messages when sending emergency messages over Satellite, since Satellites don’t have the same bandwidth as the towers on the ground. It’ll start with the US and Canada, only. 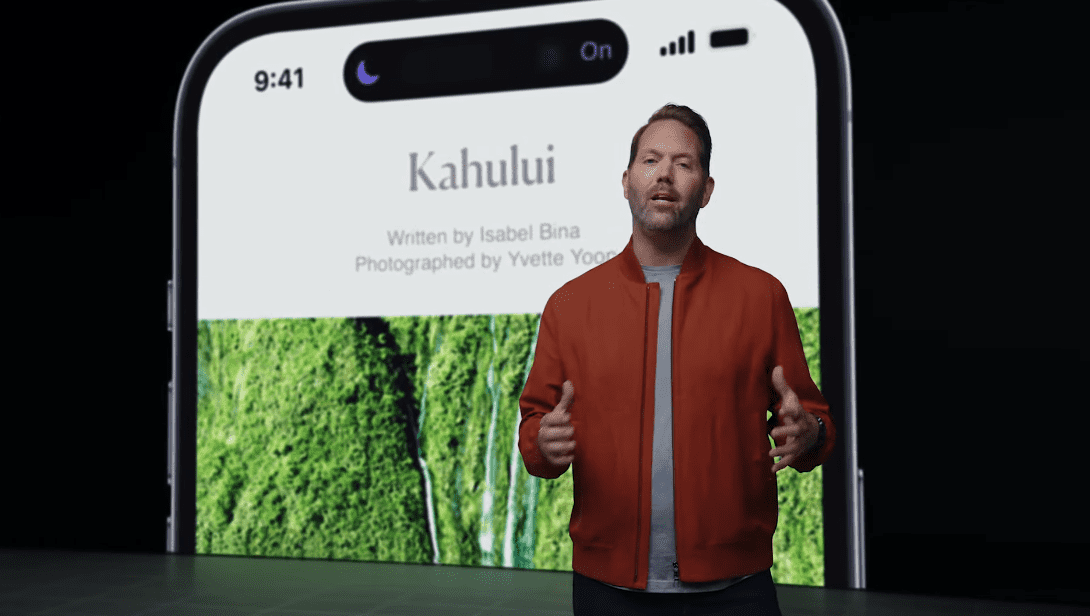 So now, instead of a pop-up when your Airpods are connected, it’ll show in the pill. Making software and hardware work a lot better together. Music will also remain in the pill while it’s playing. Which is pretty neat.

The new Pro Display is the most display Apple ever shipped. They are still available in 6.1 and 6.7-inch sizes. With thinner bezels and it’s now brighter. With peak brightness at 1600 nits. Bringing it to the same level as the Pro Display XDR. It can also get up to 2000 nits. That’s brighter than any smartphone.

Always-On Display is here. Apple says that this is made possible thanks to many different features, like the ability to run the display at just 1Hz. It uses multiple co-processors in the phone to refresh the display multiple times with very little power. And it still uses ProMotion 120Hz.

It’s powered by the A16 Bionic processor. There’s nearly 16 billion transistors in this chipset, and was built on a 4nm process. Apple claims that it is the fastest chip ever in a smartphone and claims the competition is still working to compete with the A13, that was released 3 years ago.

Now onto the cameras for the new Pro models. It’s true, there’s now a 48-megapixel sensor, the largest ever in an iPhone. It’s 65% larger than what was on the iPhone 13 Pro. It has a 24mm focal length too. It’s up to 2x as good at low light, compared to its predecessor.