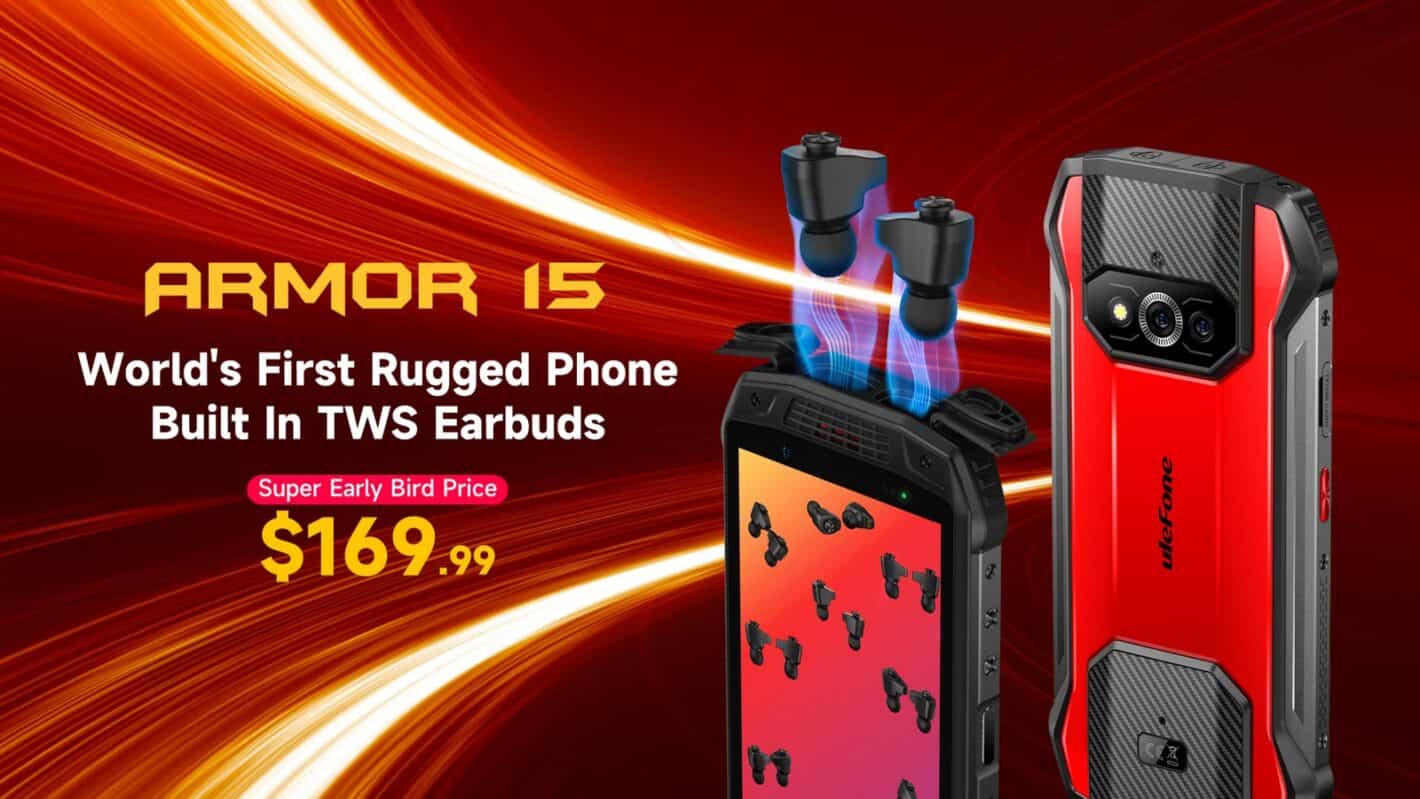 Recently, we talked about Ulefone’s smartphone which comes with built-in earbuds. That device was on its way to Kickstarter, and it now arrived there. The device in question is the Ulefone Armor 15, and it’s now listed on Kickstarter.

The Ulefone Armor 15 is now available via Kickstarter, with perks

If you like this phone, and are ready to back it, do note that some perks are included. We don’t know the details, but it is said that backers will be able to select early perks. Even if you pledge without a reward, you’ll get some coupons for other Ulefone products and accessories.

The project already received over $5,000 of pledges (at the time of writing this article), while its total goal is $12,739. The campaign started recently, and there are 11 days left to go. So, the project will likely cross the campaign goal, and then some.

The Armor 15 is IP68/IP69K certified for water and dust resistance. In addition to that, it is MIL-STD-810G certified for toughness. This phone can certainly take a hit.

A large 6,600mAh battery is included on the inside

A 6,600mAh battery is placed on the inside of this phone, which gives you plenty of power, not only for phone usage, but to charge the earbuds. Those earbuds can provide up to 5 hours of use, on a single charge.

The phone includes front-facing speakers, and a dual Smart PA. A 13-megapixel main camera is included on the back, and backed by a 2-megapixel unit. The device includes 6GB of RAM and 128GB of storage.

Android 12 comes pre-installed on it, while the MediaTek Helio G35 SoC fuels the phone. A 5.45-inch display is also included on this phone, as is an NFC chip. 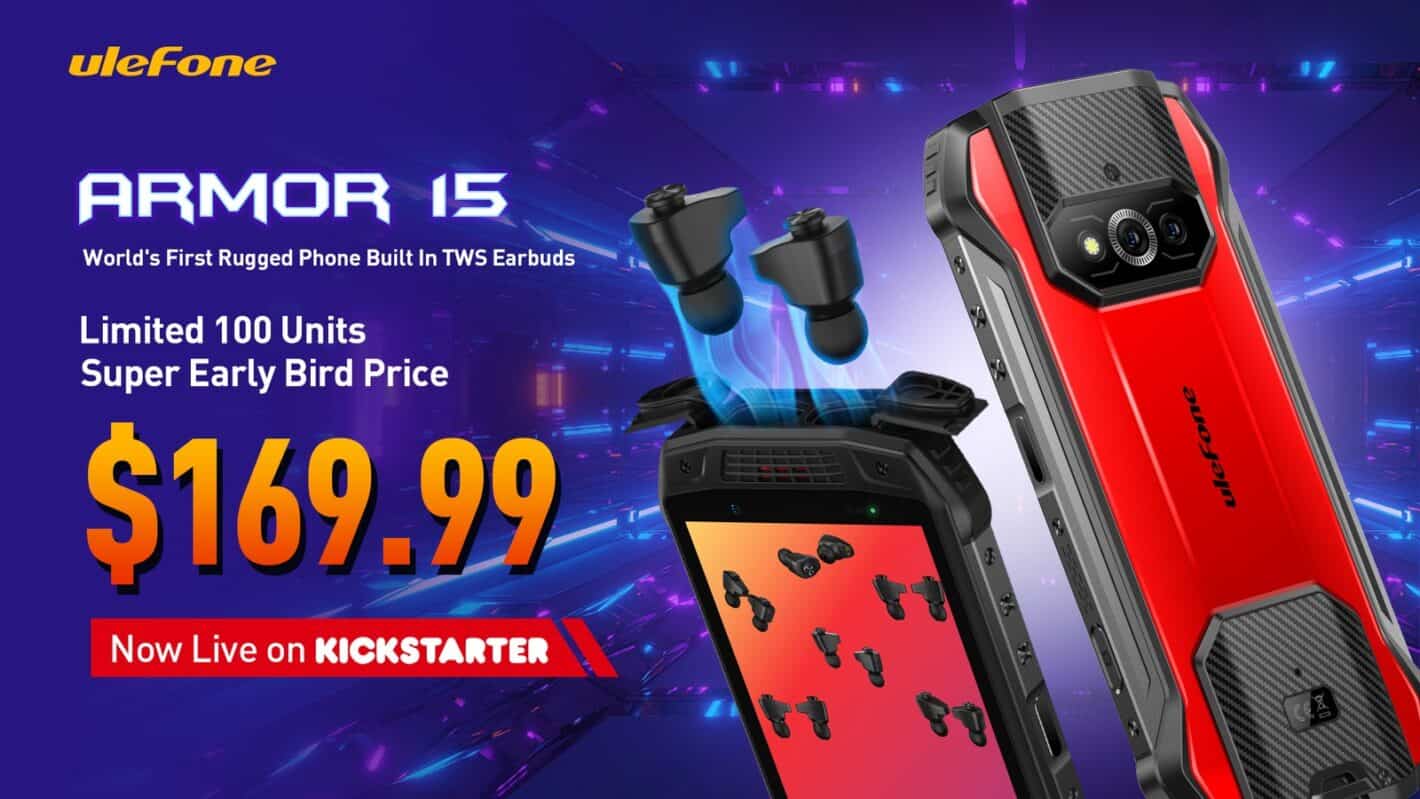 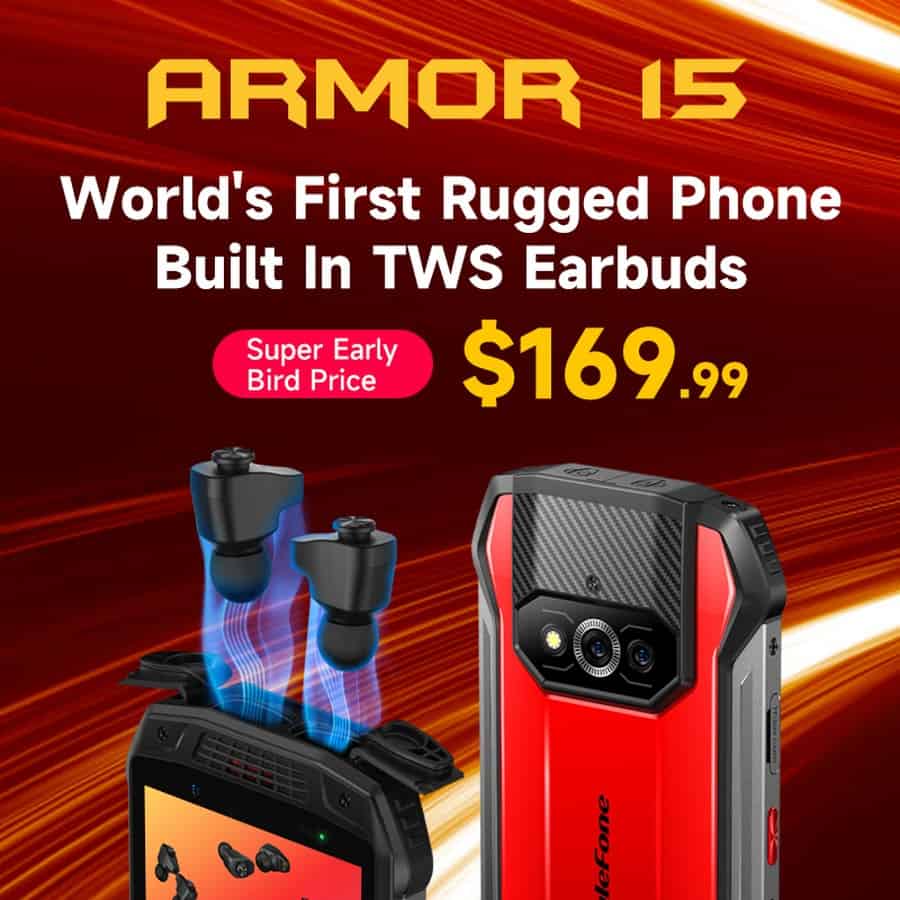 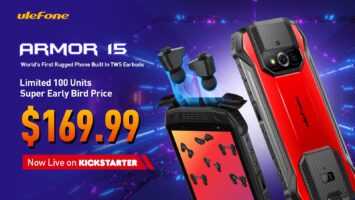 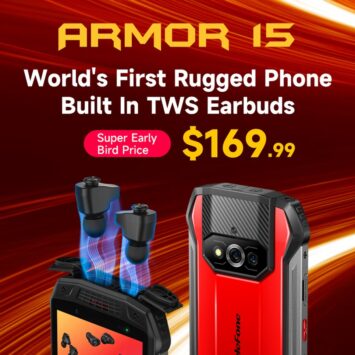