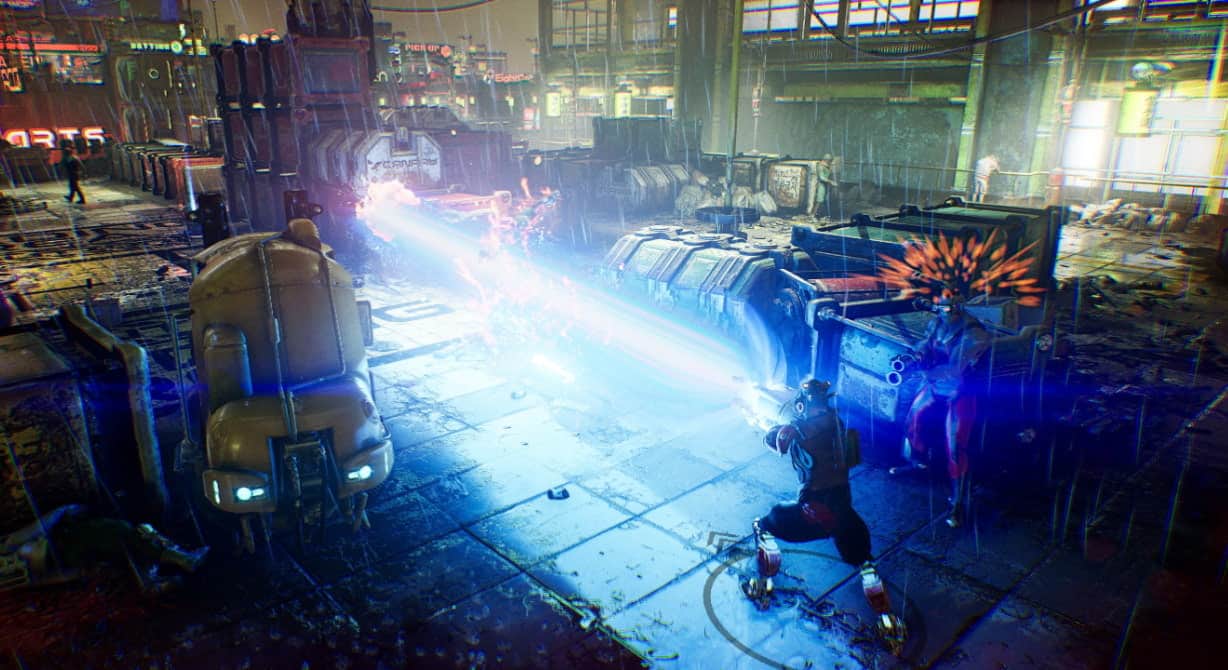 Neon Giant Games and Curve Digital’s latest release, The Ascent: Cyber Heist, is out today with plenty to offer. Travel back to Veles in this new DLC expansion that offers new main missions, new side missions, and a wealth of new weapons with which to dispatch your enemies. Much like the base game, Cyber Heist will have you exploring an arcology building while taking on tasks.

This time around though, you’ll be making your home base at the arcology owned by the Malhorst-Gelb Group. With a new location and a new contract, expect to get into trouble along the way as you work to complete your job. All while coming into contact with tougher enemies. The good news is that while enemies are tougher, you’ll be able to acquire some new weapons to help you.

The Ascent’s eclectic collection of weapons is part of what makes the game so fun to play. As each one provides you with new and exciting ways to take out your foes. While Neon Giant Games doesn’t officially state how many new weapons there are, it does mention two of them.

The Guillotine and the Rock Crusher. Both melee weapons, the Guillotine and Rock Crusher will let you get up close and personal with every enemy you come across. This is also the first time melee weapons have been available in the game. And they’ll no doubt convince players to try out some cool new builds that pair well with up close melee combat.

You won’t get these new weapons right away, but that’s all the more reason to explore the new zones. As who knows what you might find.

The Ascent: Cyber Heist is available now for PS5, PS4, Xbox Series X|S, Xbox One, and PC via Steam. You can pick it up for $9.99, or you can grab it as part of the base game and the other DLC content for $44.99. You can also still pick up the base game through Game Pass if you have a subscription, but this does not include the new DLC. You’ll also need to complete the base game before you can move onto the Cyber Heist content.