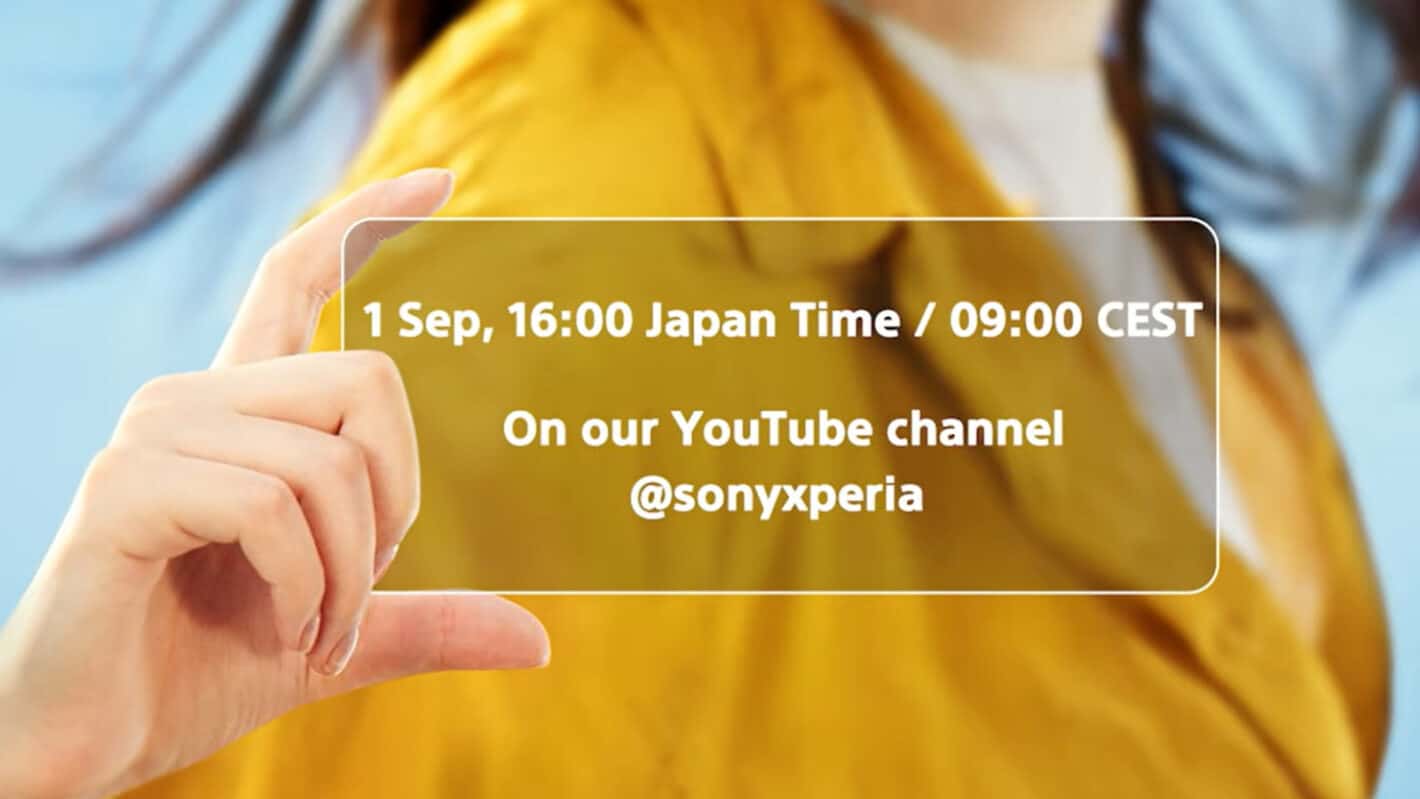 Sony’s Xperia phones have become something of a niche product, but the company continues to churn out these handsets. The company just scheduled a video on YouTube teasing a new event that’s coming. This could be the official announcement for the Xperia 5 IV.

The Sony Xperia phones haven’t really been mainstream products, but that’s not really a bad thing. These phones focus primarily on giving the user a versatile camera experience. Since they’re such a niche brand, they’re rather expensive, dwarfing the Galaxy S Ultras and iPhones of the world.

The Xperia 5 IV announcement might happen on September 1st

In the thumbnail, we see a person holding the outline of a phone. The shape of the “phone” in the picture resembles the typical Sony Xperia phone. Other than that, there’s not much more that we can glean from the photo.

The only other detail is the way the model is holding the phone. They’re holding the phone in a way that points to using the camera. So, we can tell that Sony is going to continue its tradition of centering these phones around the camera experience. Other than that, details on this phone are pretty scarce.

What we have now are rumored specs. The Xperia 5 IV is expected to use the new Qualcomm Snapdragon 8+ Gen 1 SoC. We don’t know about the storage or RAM configuration, unfortunately. As for the camera package, we expect this phone to have three 12MP camera sensors on the back. These might be similar to the cameras on the Xperia 5 III. If you’re a fan of these phones, then you’ll want to mark your calendars.