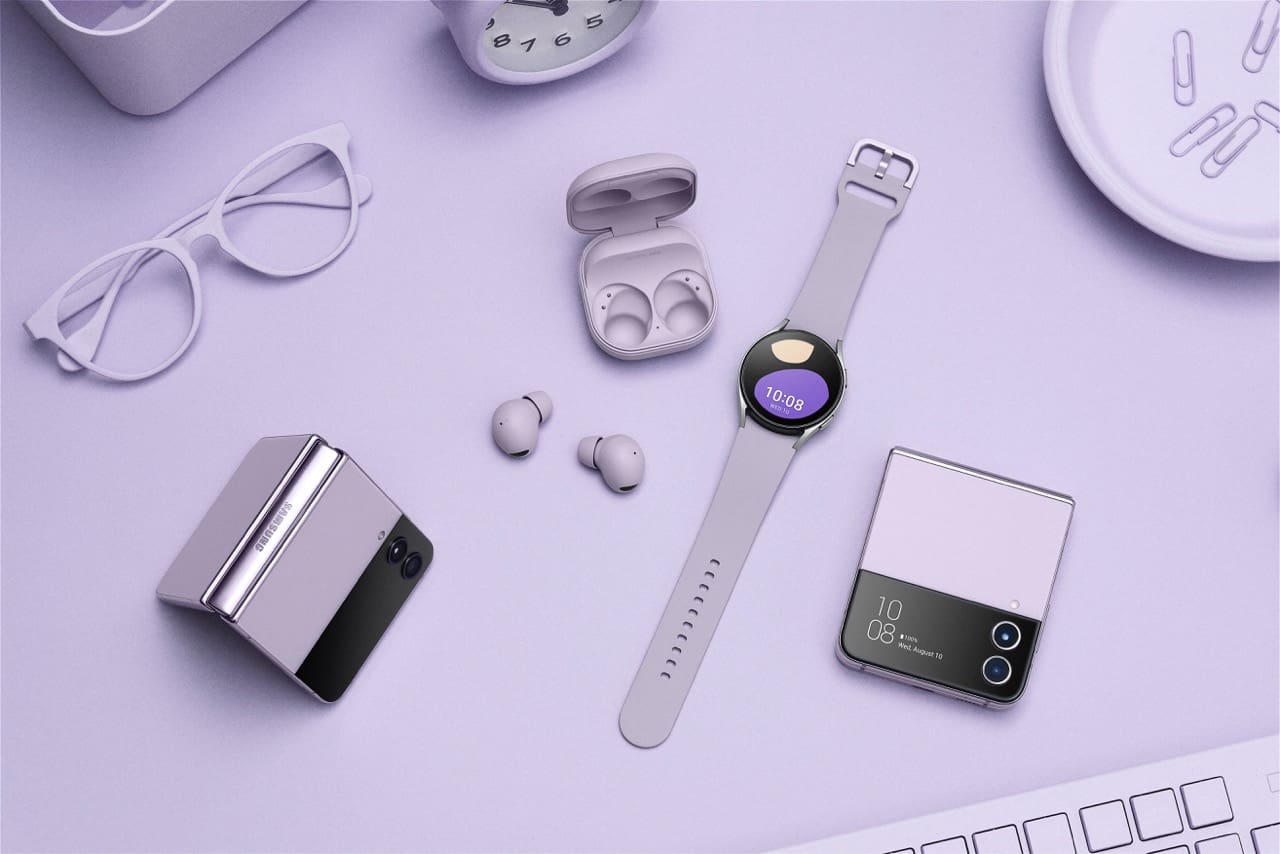 Now that Samsung has officially unveiled the Galaxy Z Fold 4, Galaxy Z Flip 4, Galaxy Watch 5, Galaxy Watch 5 Pro, and Galaxy Buds 2 Pro, the company is busy promoting them across online and offline channels. After all, it’s sales that ultimately matter. The Korean behemoth has already released dozens of short videos highlighting the key features of the new devices. It has now also published infographics that list the detailed specs of the latest Galaxies.

Starting with the Galaxy Z Fold 4, Samsung notes that the big foldable is now thinner, wider, and lighter than before. This redesign makes the external screen wider, with a 23.1:9 aspect ratio. The display specs largely remain unchanged but there’s plenty to talk about cameras. The device gets flagship-grade cameras this time around, giving a much-needed boost to Samsung’s ambition of making foldables mainstream. Qualcomm’s Snapdragon 8+ Gen 1 processor, improved charging algorithm, and up to 1TB of storage space are some other highlights of the phone.

While the Galaxy Z Fold 4 is all about multi-tasking, the clamshell foldable is more about style statement and comfort. Samsung has focused on improving the aesthetic elements of the Galaxy Z Flip 4 while ensuring high-end specs. It gets the same processor, IPX8 water resistance, and build quality as the Fold model. On top of that, a smaller hinge allowed Samsung to stuff in more battery power as well. This phone also features flagship-grade cameras, though there’s no optical zoom here. 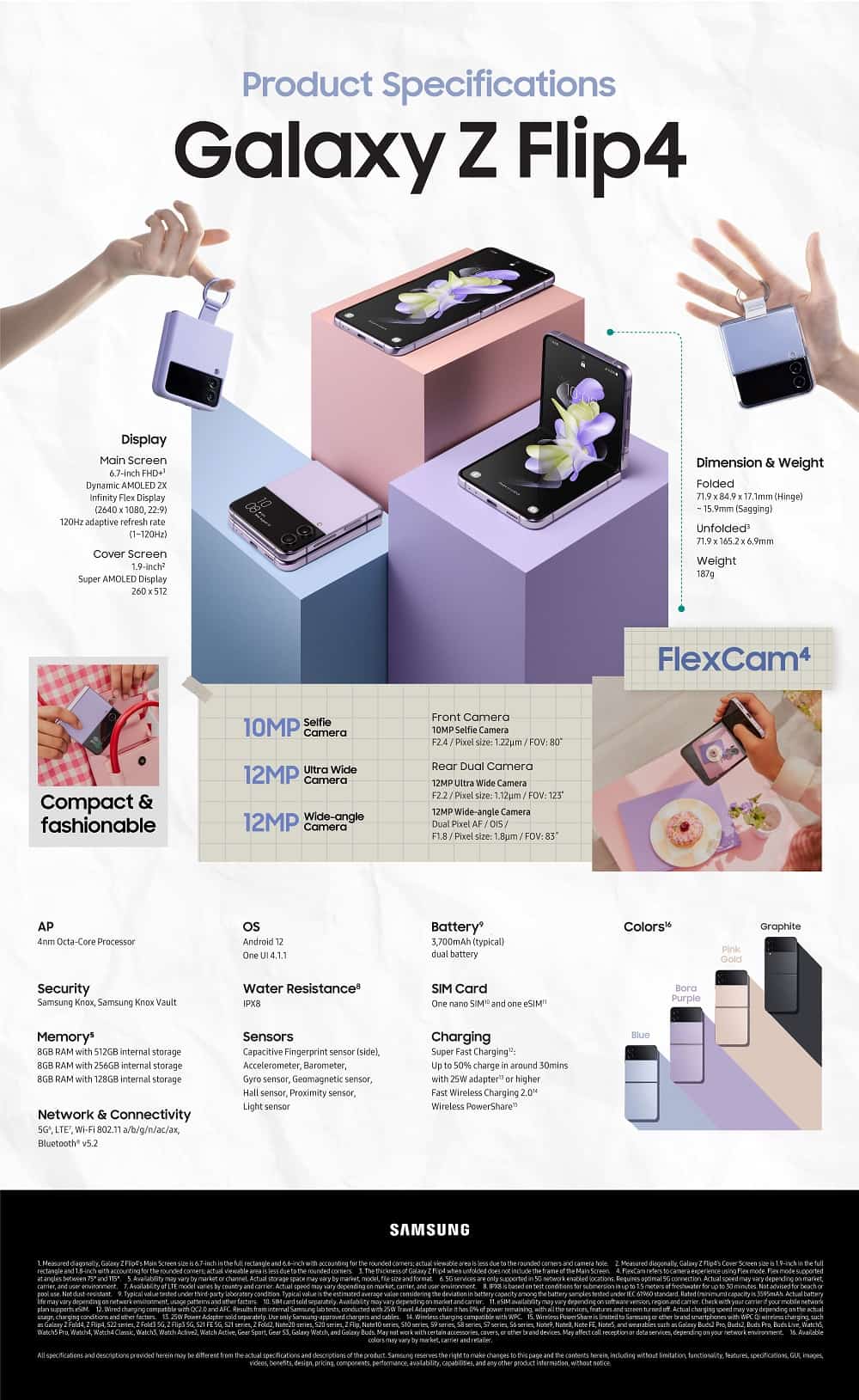 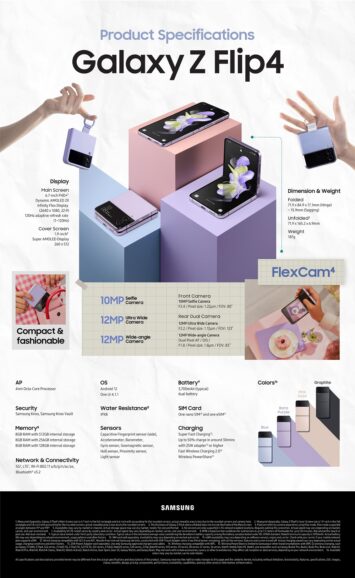 Samsung this year removed the much-loved physical rotating bezel from its smartwatches. The Galaxy Watch 5 series comes sans the bezel ring on top of the dial. But the company is making up for it with some major improvements elsewhere. Firstly, the watches pack much larger batteries than previous models. The 40mm Galaxy Watch 5 gets a 284mAh battery, while the 44mm model houses a 410mAh power unit. And if you switch to the 45mm Galaxy Watch 5 Pro, you get a massive 590mAh battery.

Additionally, Samsung has improved its health sensors for more accurate and reliable health monitoring. The Galaxy Watch 5 series also comes with a new temperature sensor that opens up lots of possibilities in the wearable health experience.

Finally, the Galaxy Buds 2 Pro arrive as the successor to the original Buds Pro launched early last year. The new pair boasts an improved design for a comfortable fit. They also feature a two-way (tweeter+woofer) speaker setup and offer 24bit Hi-Fi audio and intelligent ANC (active noise cancellation) for an immersive listening experience. Samsung promises up to 29 hours of playtime on a single charge.