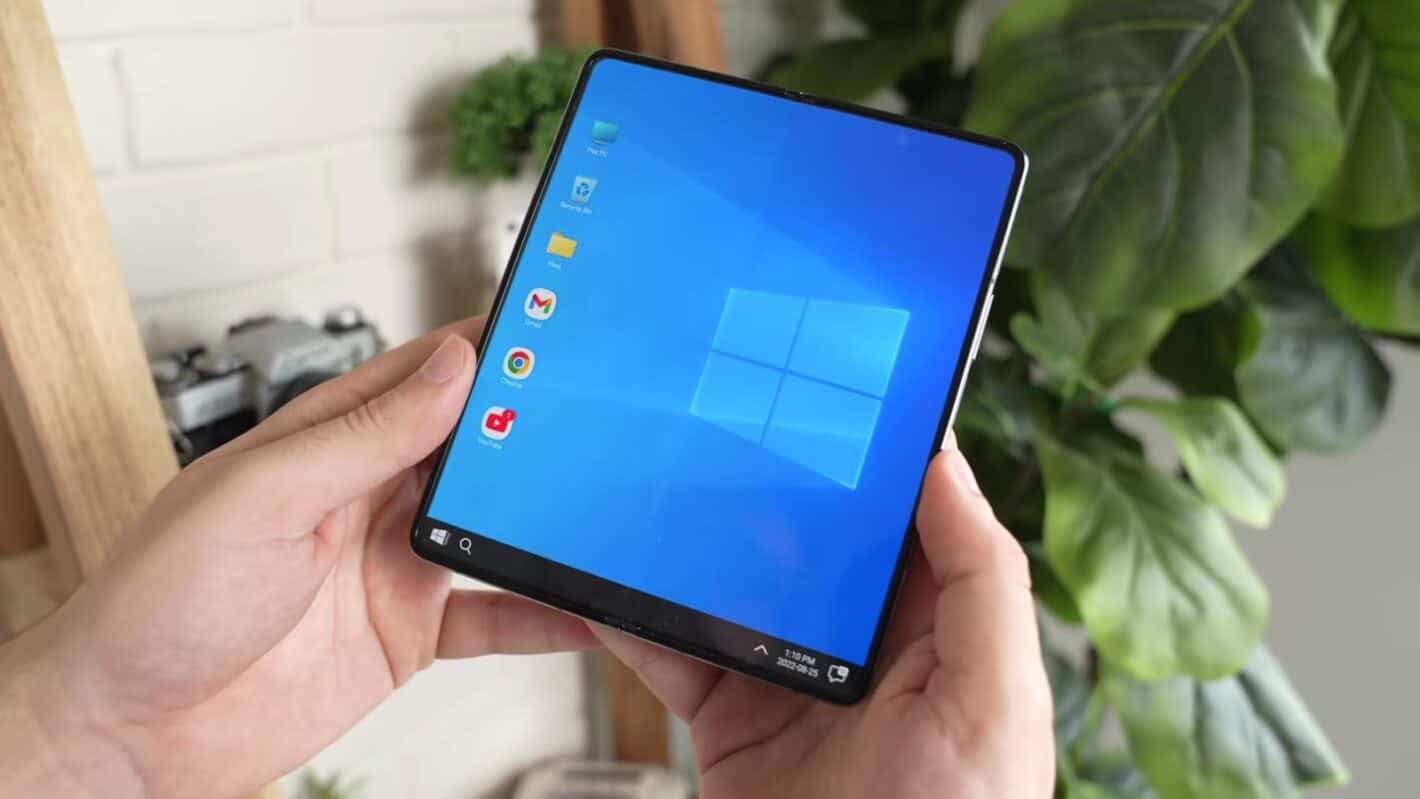 Never thought you’d see a Samsung Galaxy Z Fold 4 unit running a Windows OS, well… here it is. A YouTuber actually turned his Fold 4 unit into a Windows smartphone, and made a video about it, of course.

This Galaxy Z Fold 4 became a Windows smartphone, kind of

The YouTuber in question is called Mark Spurrell, and he explained the process in his video. This phone looks like it runs full Windows OS on it, like you’d get on a desktop PC or a Windows-powered laptop.

That goes for its main display, when it’s folded, it looks like it’s running Windows Phone. Just to be clear, he didn’t actually install Windows OS or Windows Phone software on the device, not at all.

He did this by using launchers, and managed to grab attention that way. All you need to get this going is two Android launchers, and some Bixby Routines, as he explains in the video (which is embedded below).

Both of these launchers are fairly customizable (especially the one used on the outer display), so you can tweak them to work in a specific way. You can move and resize tiles, change the icons, enable some useful gestures, and so on.

The two launchers he used are called ‘Square Home’ and ‘Win-X Launcher’. You can find both of those apps in the Google Play Store, and we’ve included links to both below the article.

The YouTuber notes that the experience of using these two launchers is not perfect, especially considering that the phone has to switch between the two. He did note that it’s an interesting experience for those of you who love Windows OS.

If you’d like to try out this setup for yourself, you can. You can revert back if you don’t like it, of course, these are only launchers and Bixby routines. All you need is the video tutorial, and app links listed below.