The only smartwatch you should consider buying if you have an Android phone.

Samsung provided us with the Gray version of the Galaxy Watch 5, which we used for about a week before writing up this review.

Samsung’s Galaxy Watch 5 isn’t exactly doing anything earth shattering when it comes to features or hardware, and this review definitely supports that perspective. However, it’s still the best smartwatch you can buy at this moment if you use an Android device. And really, it isn’t (and shouldn’t be) all that bothersome that the Galaxy Watch 5 isn’t making any leaps or bounds in terms of improvement.

The Galaxy Watch 4 series was already very good. The Galaxy Watch 5 simply refines what was good about it. And that in itself is a good thing. That doesn’t mean there aren’t some drawbacks. Samsung’s latest and greatest is by no means perfect. And while I do think this is the best smartwatch for your money, (even over Samsung’s Galaxy Watch 5 Pro), some areas could have been improved a little more.

Additionally, some things should have been left alone. If ain’t broke don’t fix it, so to speak. That being said, the watch is still very much worth buying.

This year’s watch comes in multiple configurations. You have two size options – 40mm and 44mm – each of which come in either Bluetooth or LTE models. It’ll cost you $279.99 for the 40mm Bluetooth model, and the price goes up to $359.99 if you get the 44mm LTE model. You also get your choice of a few different colors – Gray, Silver, and Pink Gold in 40mm, or Gray, Silver, and Blue in 44mm. Then of course you have your choice of bands. All-in-all you have options. When it comes to the design and fit of the Galaxy Watch 5, during my review I found the watch to be more comfortable than last year’s Galaxy Watch 4 Classic. This really comes down to a couple things. Samsung curved the sensor on the bottom of the watch a little bit so it has better contact with the skin. This also helps it contour to your wrist more. Which all around helps with comfort as well as performance (the sensor having better contact means more accurate tracking data).

Of course choosing the right band helps too. For the purposes of this review I used the Galaxy Watch 4 Classic band in the images. But the band that I used when I wore the watch was the D-Buckle sport band. Which comes with the Pro model. This is by far the most comfortable band Samsung has made. So between that band and the more comfortable fit from the curved sensor, I found wearing this watch all day never really became an annoyance.

Even on nights when I wore it over night to utilize sleep tracking. Some might not completely agree with me here given that the watch is thicker than last year’s model. But I never found this to be an issue or a bother in the overall scheme of things. Samsung’s big claim is that you could get upwards of 50 hours with the Galaxy Watch 5. And if that were entirely true then that would be a pretty good thing. Except that it really isn’t. You can get close to 50 hours on a single charge. It is possible if you manage the battery. And managing the battery is definitely a doable thing. Especially if you’re used to it. The one thing you have to keep in mind though is that your battery life experiences may vary from mine and from everyone else’s. Including Samsung’s testing.

During the review, I was able to stretch the Galaxy Watch 5 to about a day and a half. That’s without the Always-on-display enabled and the brightness turned down to about 50% for most of the day.

If you prefer the always-on-display, just know that your battery life is going to take a hit. Even more so if you have it enabled and also use features like daily activity tracking and GPS. The battery life is a little better than the Galaxy Watch 4. Do I wish that Samsung had made more of an improvement here? Yes. Because then that would have made the Galaxy Watch 5 an insanely good value.

One other thing I wanted to mention is that, even though battery life could be better, the watch does charge up pretty darn fast. So, really, you could just toss it on the charger while you shower in the morning and have breakfast. That should be ample time to get a full charge.

Not much of a design change, which is fine because the design was already good But I do wish Samsung would have implemented the rotating bezel on both the Galaxy Watch 5 and the Galaxy Watch 5 Pro instead of just doing away with it. And it’s really my only gripe with the design of either version of the watch.

Everything else is great. The design is eye-pleasing, the buttons are easy to press and have a good tactile response, and the sapphire crystal display is better-protected against scratches. Basically, no major complaints here.

An even better Wear OS experience thanks to One UI Watch 4.5 App experiences were good too. Installation was no trouble at all and usability of things like Google Assistant, Google Wallet, Spotify and others were just as good as ever. Maybe even better since Google apps like Wallet and Assistant worked out of the box.

All-in-all, my time with the Galaxy Watch 5 during this review makes it even more apparent that Wear OS is at its best here. And that bodes well for Samsung since it’s still the only brand offering an affordable Wear OS 3 device.

Some tracking features are still exclusive to Samsung phones 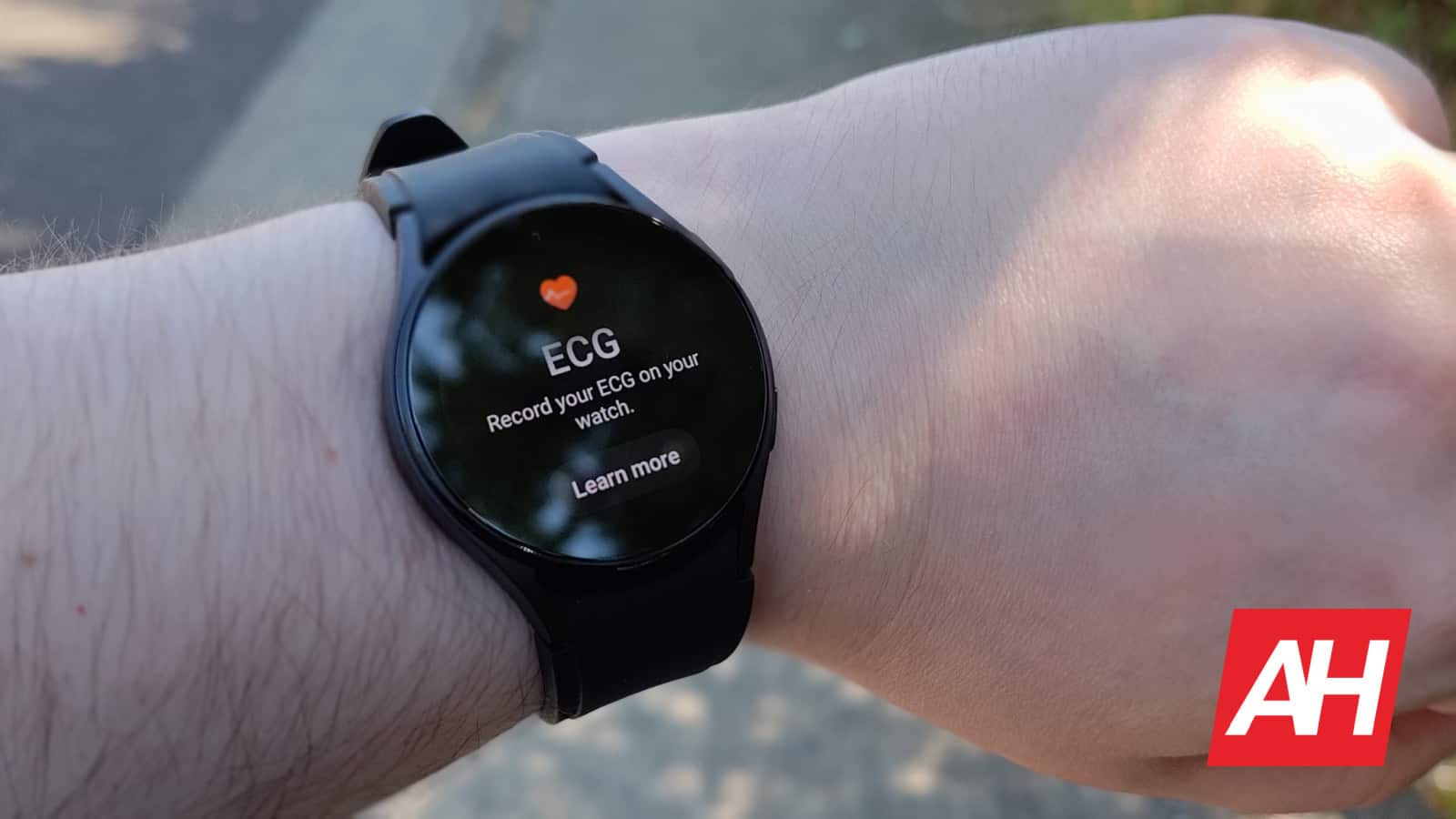 If there’s any drawbacks to the hardware and software features, it’s the device compatibility. Samsung has added a new skin temperature sensor but it isn’t currently active. So it’s no good to anyone at this point in time. I expect that to change once an update gets pushed out that turns it on. And I can’t wait to check it out when that happens.

Outside of the skin temperature sensor the Galaxy Watch 5 once again offers blood oxygen saturation sensing, as well as an ECG sensor and a handful of other health tracking features. But some of those still require the use of a Samsung Galaxy phone. Making it very clear that although compatible with non-Samsung devices, this is still a Samsung-first watch and not an Android-first watch.

If you want to use the ECG feature, or use some of the other more advanced health tracking features, you’ll need a Galaxy phone for that. This was kind of a letdown for me since I had the watch connected to the ROG Phone 6 Pro the whole time. And since I don’t have a Galaxy phone I couldn’t use some of the health tracking features. Blood oxygen saturation sensing seemed to work just fine if not a little finnicky. The app wants you to wear the watch higher up on your wrist and this just felt weird to me.

I was able to use sleep tracking but to get any meaningful insights, you need to wear the watch to bed for about a week. And that’s all well and good if you don’t forget to put it back on some nights like I did. When I did remember though data appeared to be more accurate than before. And I didn’t notice any discomfort while wearing it to sleep.

Should you buy the Galaxy Watch 5? 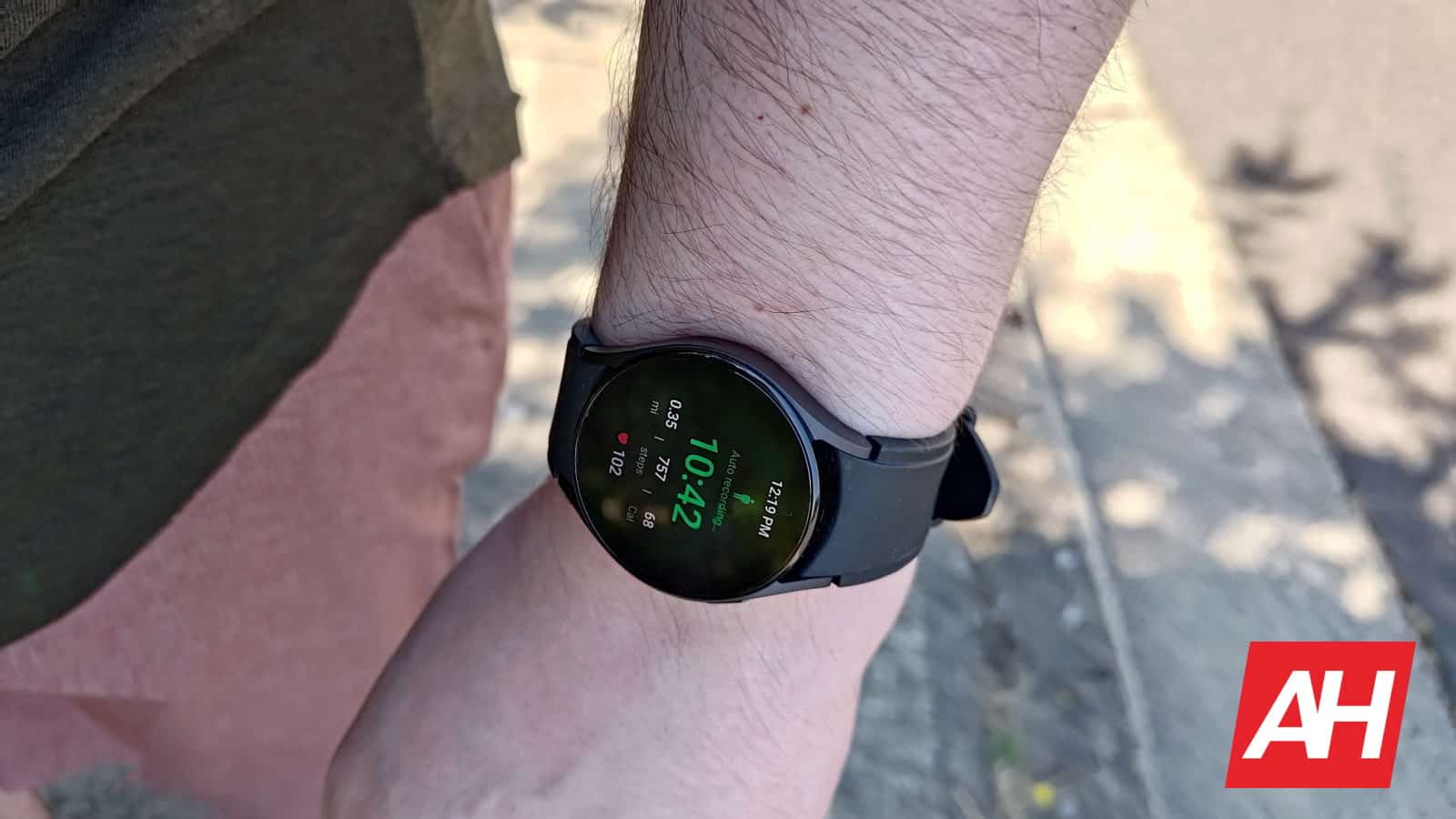 In almost any case I’m definitely going to suggest that you buy this smartwatch if you’re looking to get a smartwatch in the first place, and want the best option out there for Android users. And as I noted earlier, I still recommend this model over the Galaxy Watch 5 Pro for most people. The reasons being that you’ll pay nearly $200 less if you go for the 40mm Bluetooth model compared to the Bluetooth model of the Pro.

Plus, the only differences are the GPX routes, the slightly more durable sapphire glass, and the longer battery life. All other features are the same. So, if you want the best Android smartwatch experience there is, and you don’t want to spend at least $450, buy this watch.

If you do want battery life that lasts at a minimum of 2 days, then spend the extra money for the Pro. Other things to consider though: The Galaxy Watch 5 charges up really quickly. So does the Pro model. So if you aren’t opposed to managing battery life a bit, you can easily go for the less expensive version of the watch and just charge it when you get up in the morning. 30-45 minutes should be more than enough time to get a full charge if the watch isn’t completely drained to 0%.

Overall, this is a great smartwatch experience for Android users and for now, this is the best you’ll get. I don’t necessarily think the watch is worth the upgrade if you’re coming from the Galaxy Watch 4 series. But if your watch isn’t from Samsung or it’s an older Galaxy Watch model, you’ll be happy with the upgrade.