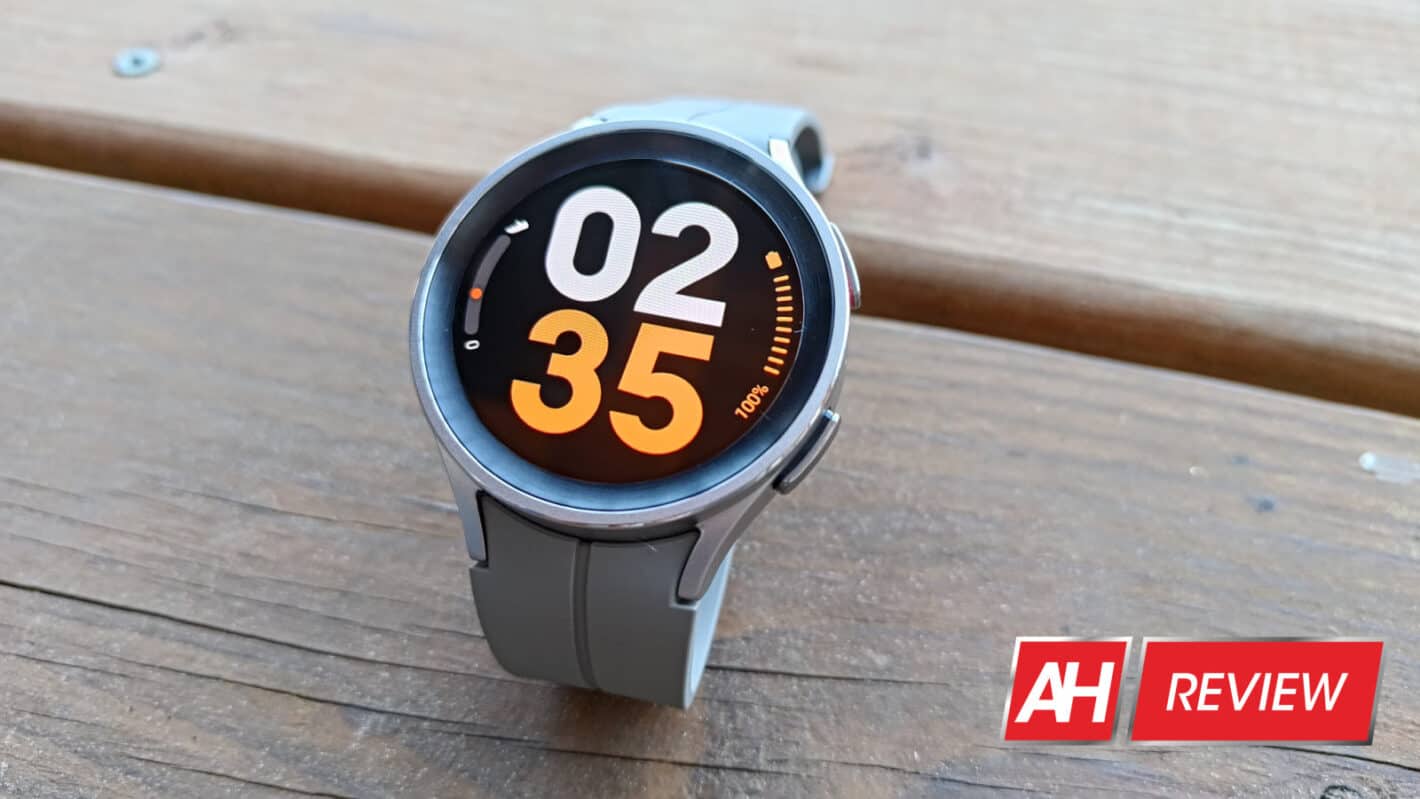 Samsung has delivered a solid smartwatch, but it could still use a few improvements.

Samsung provided us with a Gray Titanium Galaxy Watch 5 Pro, which we used for around two weeks before writing up this review.

When Samsung first announced the Galaxy Watch 5 Pro, you, like us, probably expected all kinds of upgrades and exclusive features that would differentiate it from the Galaxy Watch 5 and last year’s 4 series models. That’s not exactly what Samsung is offering though. Even if it wants you to think that. It’s almost to the point that we question Samsung’s choice to call this a Pro watch. Don’t get us wrong, it does make sense on some level.

And after spending the past two weeks with the Galaxy Watch 5 Pro we finally have a good grasp on how it works, and whether or not it’s worth your hard-earned money. So, let’s dive in. 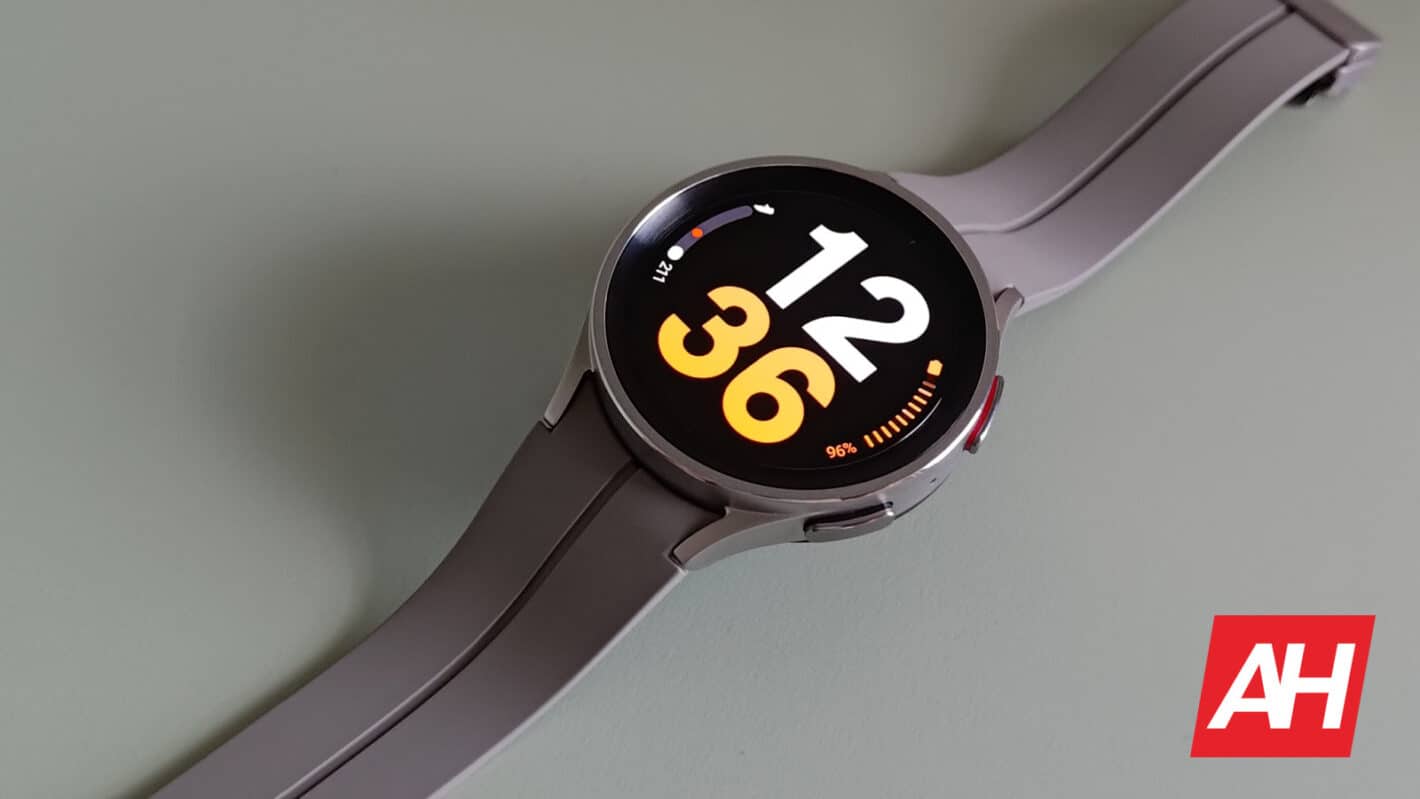 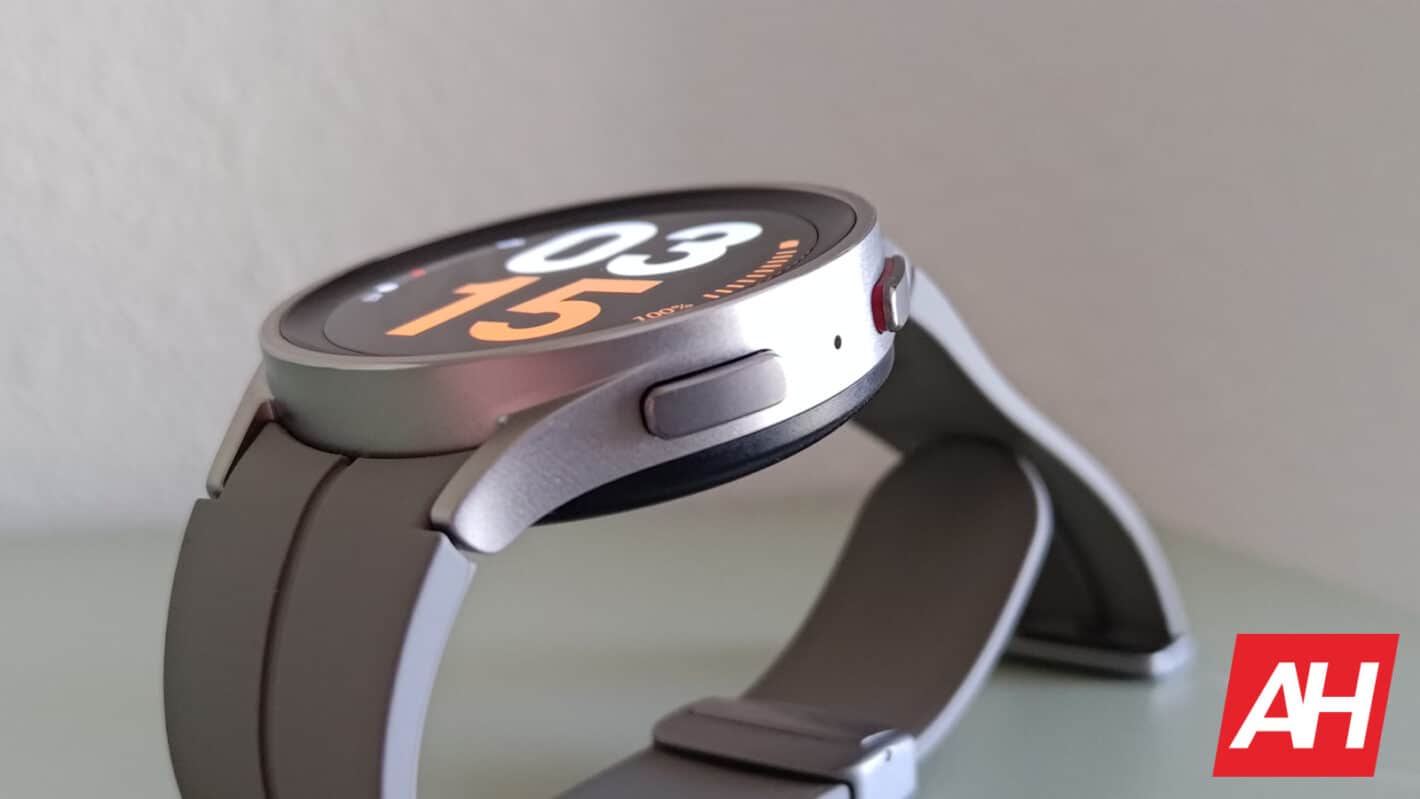 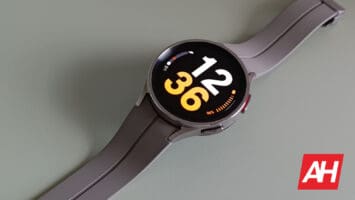 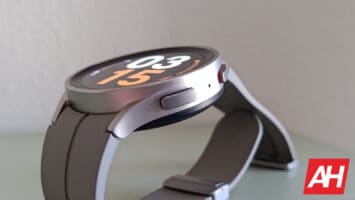 Navigation of the watch UI is simply easier and more precise than the touch bezel. And that’s especially true on the Galaxy Watch 5 Pro. While the touch bezel works and does what’s intended, it’s quite sensitive. If you aren’t dragging your finger across it dreadfully slow, then you’re whizzing through menus at what feels like lightspeed.

Perhaps Samsung can fix this with a software or firmware update, but at the moment the touch bezel feels so overresponsive that I just opt to use the touchscreen entirely through swipes and scrolling. While it’s impossible to get away from touching the screen on a smartwatch, features like the Galaxy Watch 5 Pro’s touch bezel are supposed to help you minimize stamping fingerprints and smudges right in the middle of the display. Unfortunately, the touch bezel moving as quickly as it does feels like it defeats the purpose of it being there.

The touch bezel isn’t an awful idea. And although we feel the rotating bezel is better, the Galaxy Watch 5 Pro’s touch bezel could come close as long as Samsung can tone it down a bit. You can also opt to turn the touch bezel off completely if you just don’t want to use it at all.

Wear OS at its finest, so far 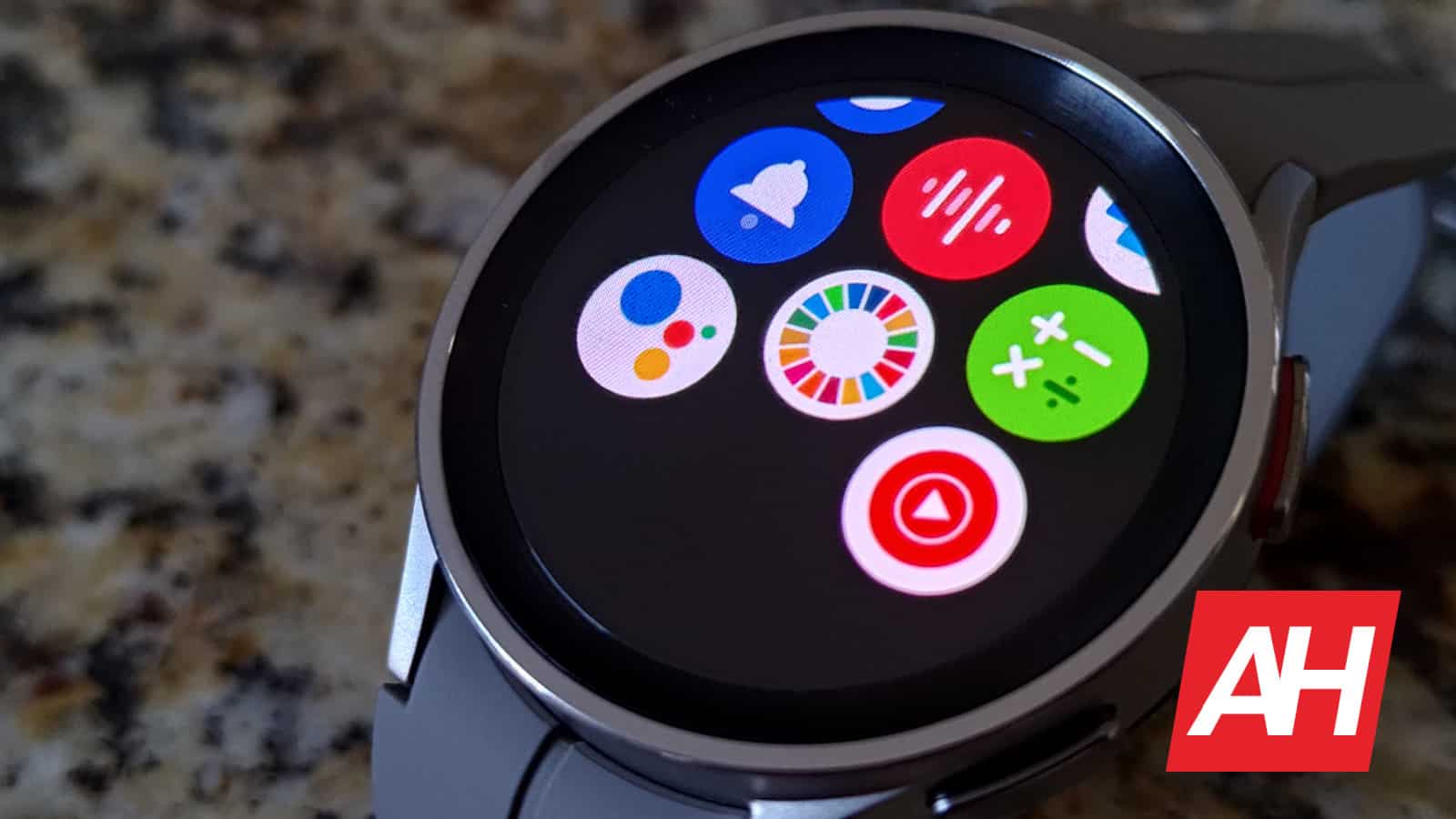 Wear OS has certainly had its fair share of hurdles over the years. And for what it’s worth, it’s always had some really stiff competition in the Apple Watch. But with Wear OS 3, Google’s smartwatch operating system is finally starting to come into its own and stand up tall. The Galaxy Watch 5 pro might just be the best representation of that so far.

Wear OS powered by Samsung, as the company likes to refer to it, is Wear OS 3 with Samsung’s latest version of its own smartwatch user interface on top – One UI Watch 4.5. And honestly, we don’t have anything to complain about here. The software feels a bit snappier than on the Galaxy Watch 4 Classic and even though some of that has to do with the newer chip inside, Wear OS 3 and One UI Watch 4.5 deserve recognition here too.

Sure, there was the occasional snag when dragging down the quick settings menu or launching an app. But these issues were mostly nonexistent. And one thing that can’t be understated is how nice it was to have access to things like Google Assistant right out of the box. Battery life, too, sees an improvement. Even if it’s not as significant as I was hoping it would be.

Overall, Samsung has once again shown it can help make Wear OS a worthy smartwatch platform.

Battery life is decent but could be better 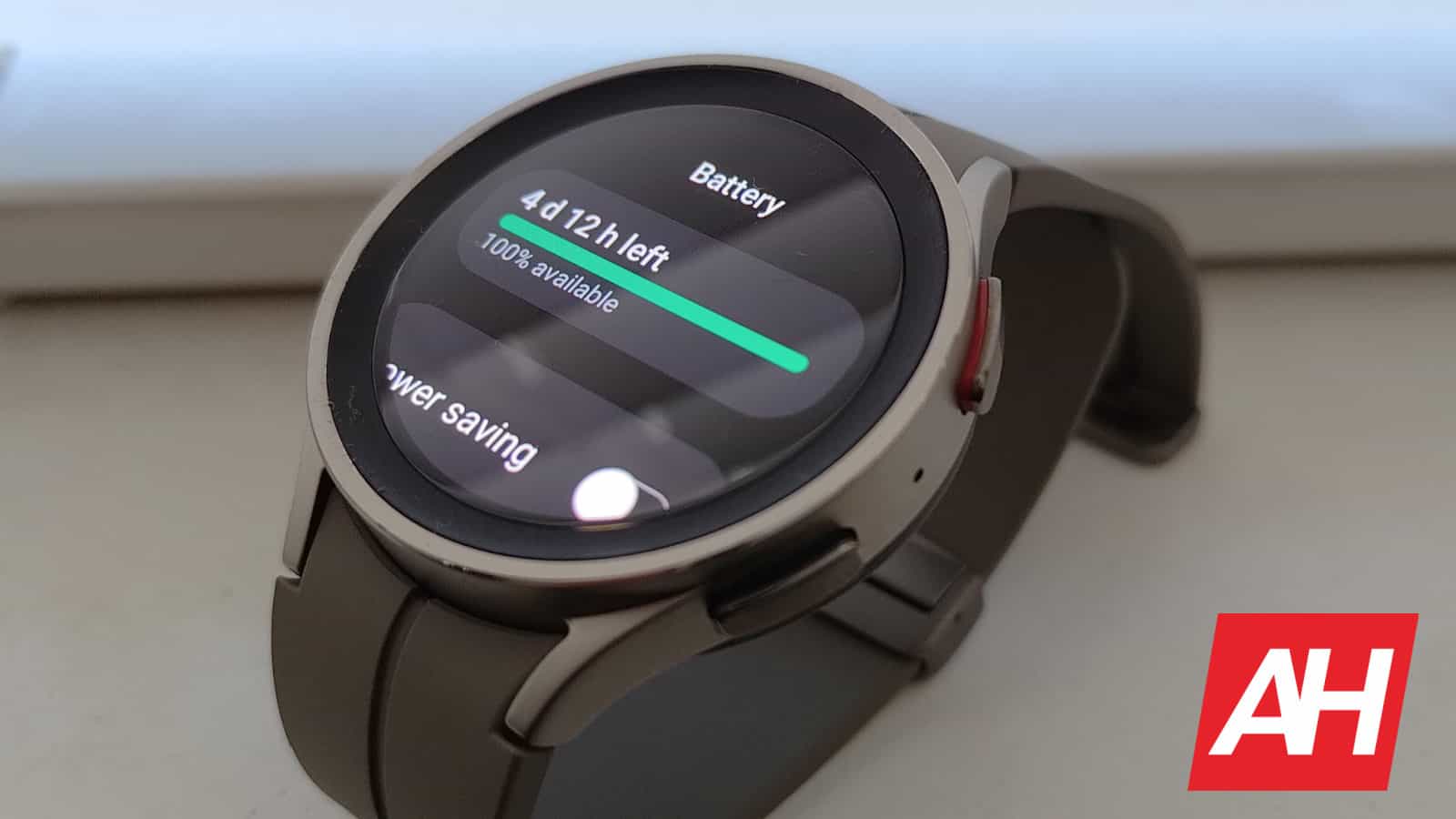 Samsung made some bold claims about the battery life of the Galaxy Watch 5 Pro. Stating that it would last for up to 80 hours on a single charge. I can say without a shadow of a doubt that you generally aren’t going to hit anywhere near that. Not if you’re using the watch as it’s intended. Which is to say making full use of the GPS and GPX features, enabling the always-on-display, and so on. In the image above the watch shows four days and twelve hours left after being fully charged to 100% and pulled off the charger.

But you have to remember that indicator changes as you use the watch. It won’t actually last four and a half days.

While the battery life certainly is better than any other Wear OS watch, I was at most getting maybe two and half days. Now, you can stretch that. But you’ll need to turn off the always-on-display and keep the GPS/GPX tracking to a minimum, or just not use it at all. At which point, is it worth spending the almost $200 extra if you aren’t going to use those features?

That really depends on much you value additional battery life. While we expect the Galaxy Watch 5 to at most last a day to a day and a half, you shouldn’t have much trouble getting close to 48 hours (or a bit more) with the Pro model. And while that isn’t exactly a whole lot of extra time, it’s still extra time. And it definitely is nice not to have to toss the watch on the charger every single night. Speaking of the charger, the watch does charge up quicker than last year’s model. So you can always juice it up some in a pinch.

There is potential here

All that being said, the battery life is going to vary pretty widely from person to person. It all depends on how you use it and even that could change from day to day. For instance, on average I was getting 48-52 hours on a single charge. However there was one charge cycle during my use so far that I was able to get closer to 72 hours. Which is great for a Wear OS device. Granted, I barely used the watch to its potential and it mostly sat on my wrist receiving notifications. At its busiest during that time it was merely tracking steps on a walk to the store down the street.

The GPX feature will likely cost you money

There are a few things about this watch that make it a Pro version of the Galaxy Watch 5. The longer battery life, the slightly tougher sapphire crystal glass, and the GPX routes feature. The thing is that last one is going to cost you a little extra money. Samsung highlights GPX as one of the features of the Galaxy Watch 5 Pro but it isn’t actually baked in.

Unlike GPS sport watches like those from Garmin, there are no topographical maps built into the watch. You will need to add them from your phone using a compatible app like Strava, and that won’t be free. It’s an interesting detail since one of Garmin’s comparable watches comes in at a similar price and has the topographical maps built-in. You do still have to download them, but you don’t have to pay for them or for an app subscription. Which isn’t really the case with the Galaxy Watch 5 Pro.

It’s just something to consider if you’re looking at this watch for the GPX feature. That being said, if you already subscribe to an app that offers downloadable GPX files, then you’ll probably find this feature of the watch to be quite useful.

The D-Buckle Sport band is excellent 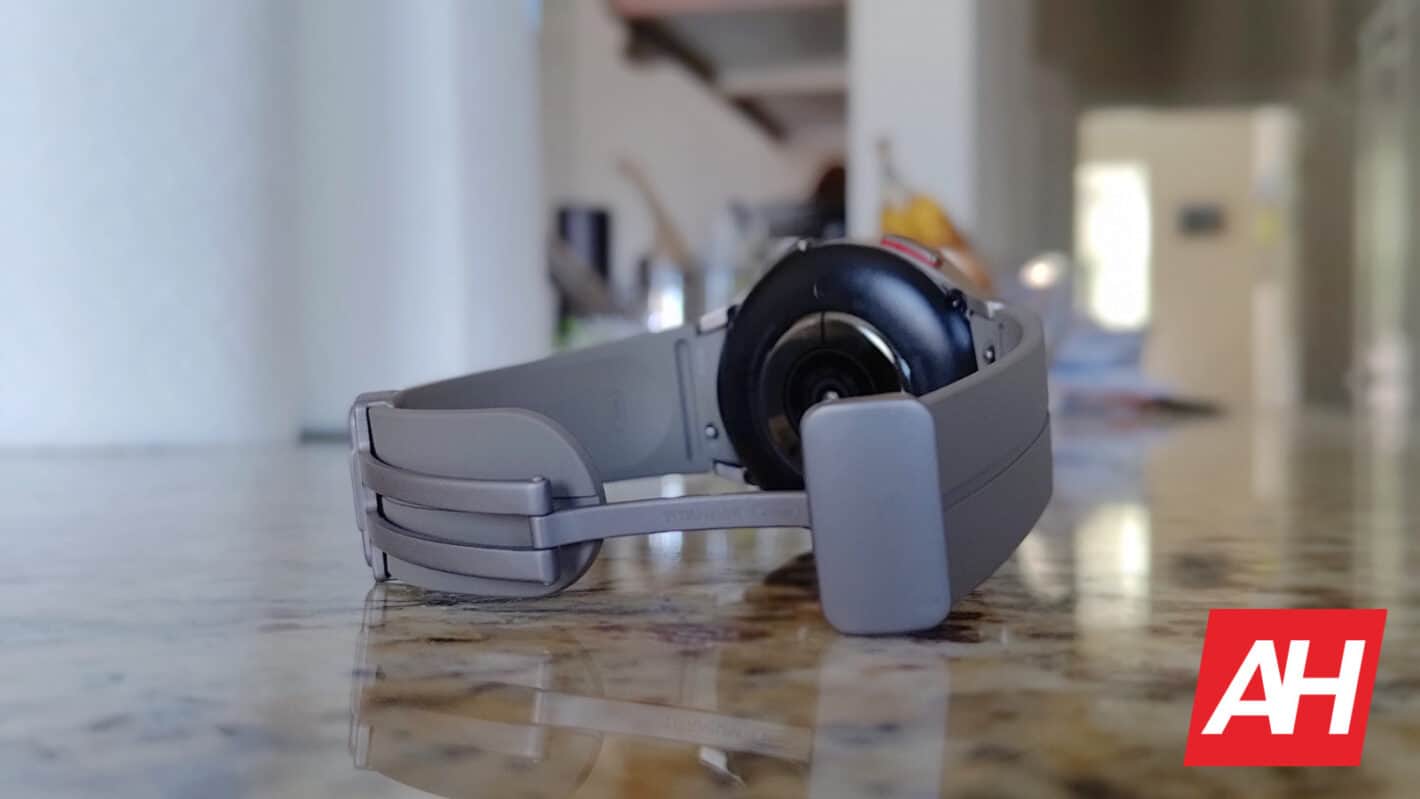 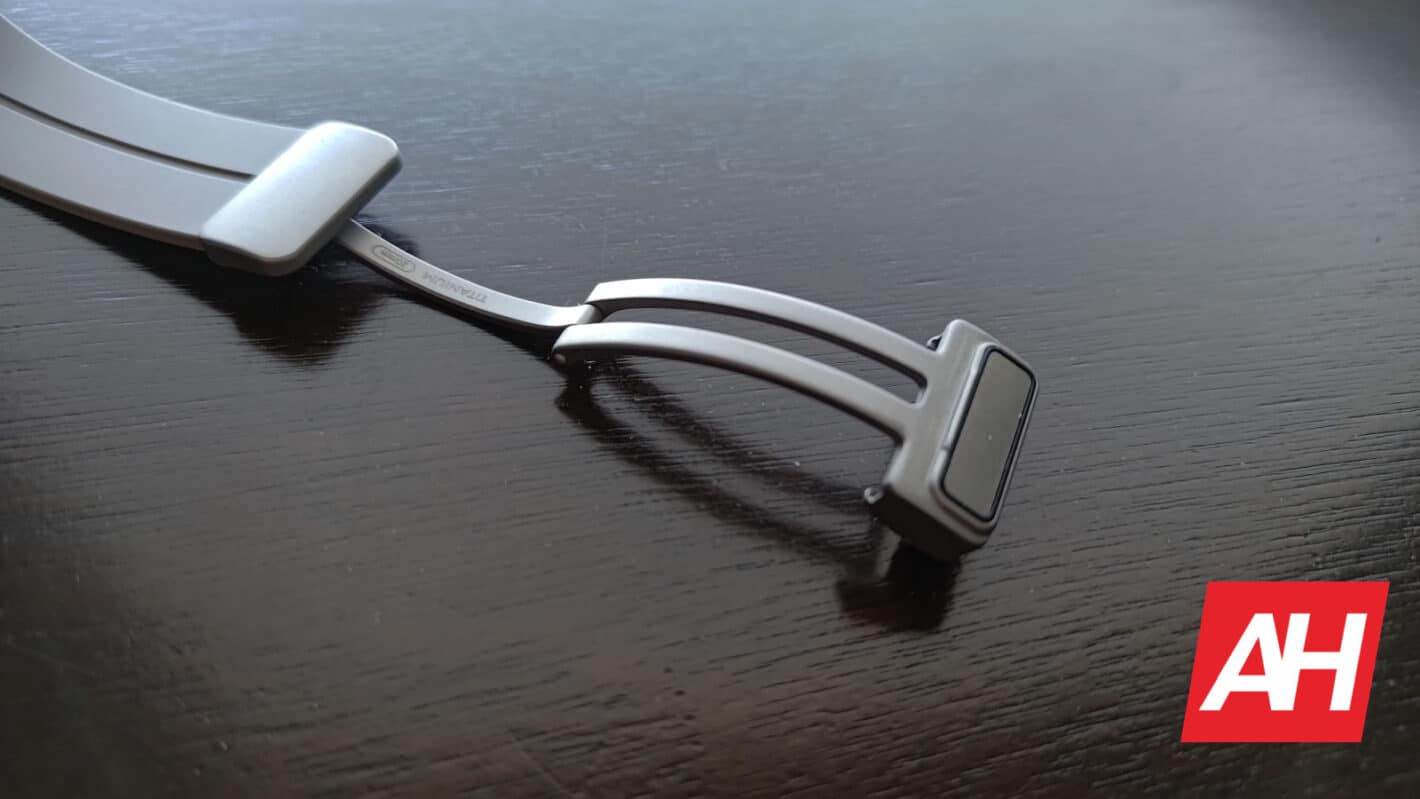 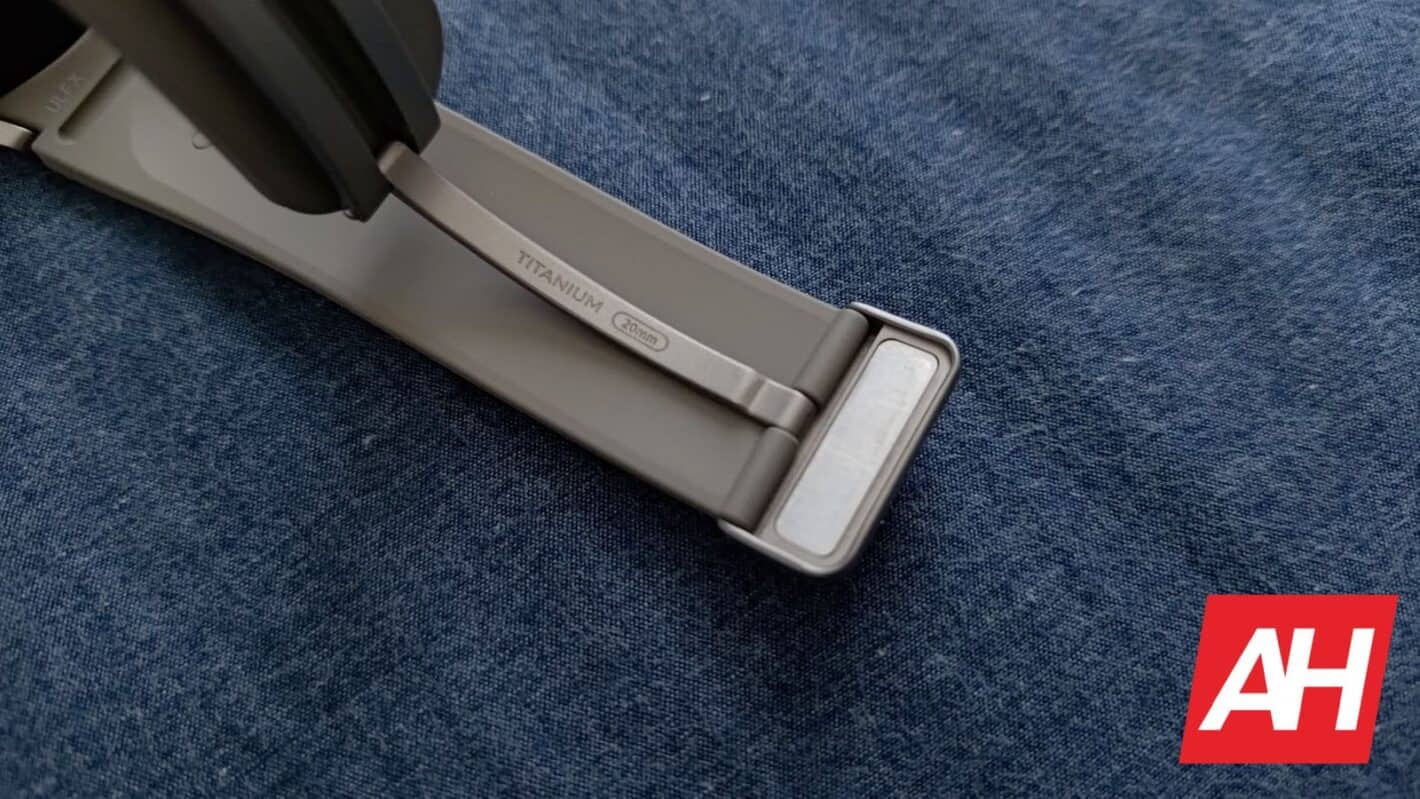 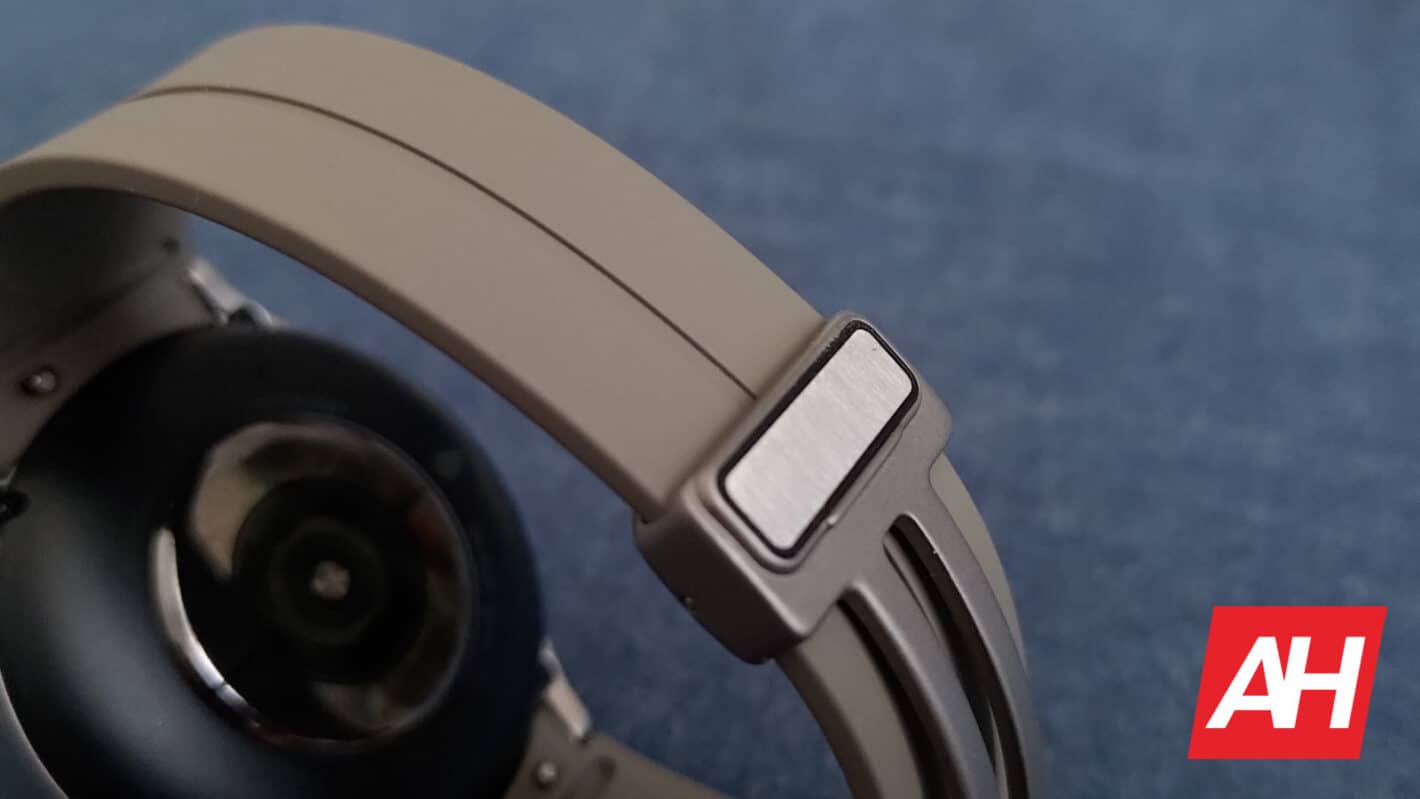 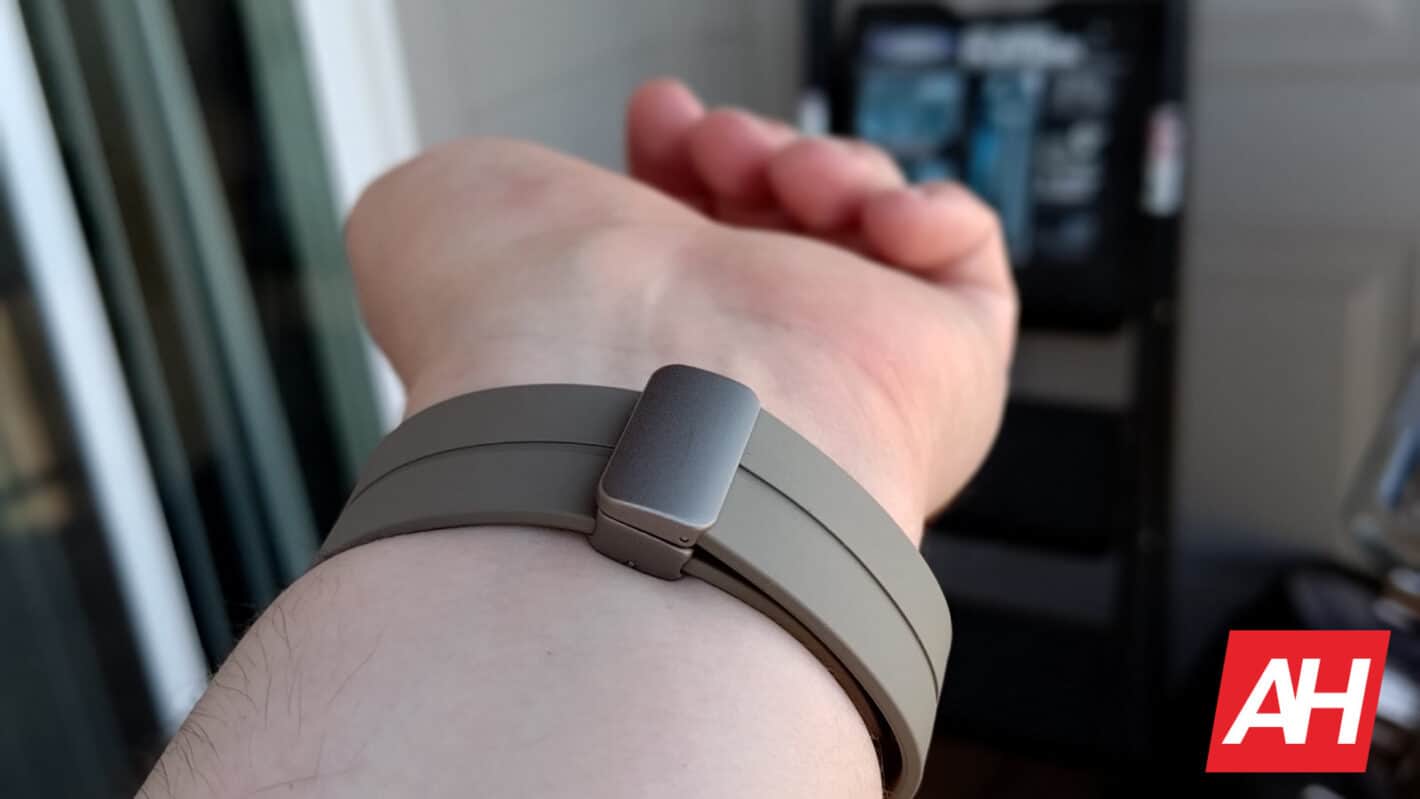 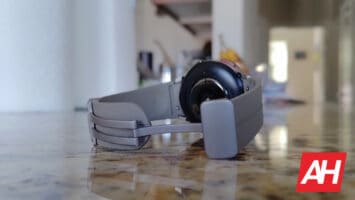 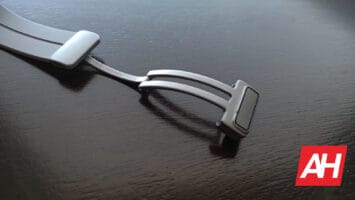 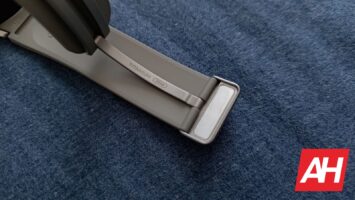 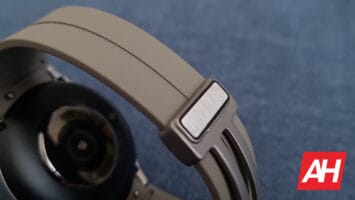 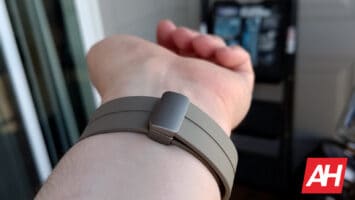 The one downside is that it doesn’t come in anything other than the Black or Gray. Which means no fun colors. But I think that’s a good trade off. The D-Buckle Sport band is much easier to secure on your wrist than the regular sport bands and it’s just as comfortable.

And because of the way it’s designed, you can set up how tight you want the band and know that once set, it’ll always be that tight anytime you close the magnetic clasp. Is it worth the $80 for the non-pro watches? Maybe, maybe not. But it is worth highlighting here since the Galaxy Watch 5 Pro is the only one that comes with it by default. And since the strap touches more of your skin than the watch case itself, it’s important the strap is good.

Should you buy the Galaxy Watch 5 Pro? 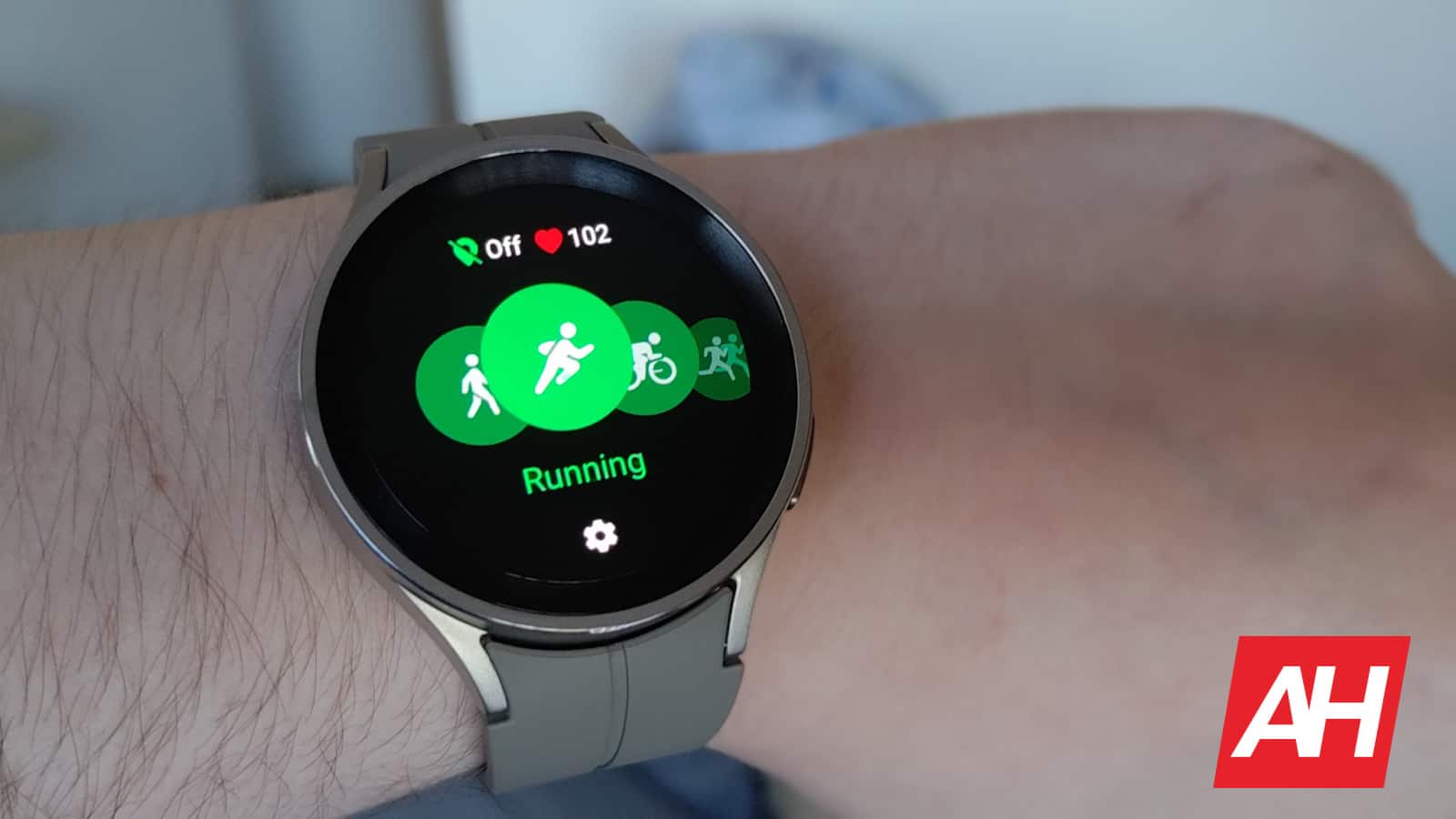 Unlike with the Galaxy Watch 4 Classic, which I recommended everyone go for instead of the non-classic model, the Galaxy Watch 5 Pro is a little harder for me to recommend to buy. If you’re worried about damaging the display, the tougher sapphire crystal will probably help to get rid of some of those fears.

And the additional battery life is nice to have. Not to mention the D-Buckle Sport band is far better in my opinion than Samsung’s other band offerings. All of that said, I’m just not sure that spending the extra money is worth it. The only situation where I think I can suggest this over the regular Galaxy Watch 5 is if you want the two-day+ battery life that badly.

If it doesn’t bother you to toss the watch on the charger every day, then go with the Galaxy Watch 5. Even if you went with the regular model and wanted the D-Buckle Sport band, you could add it to your order and still end up spending less than the Galaxy Watch 5 Pro. In short, if you’re going to use the GPX feature and you want the longer battery life, the Pro is the watch to go for. Otherwise, go for Samsung’s less expensive Galaxy Watch 5 option. Or, stick with the Galaxy Watch 4 Classic. Which has the rotating bezel and Samsung will continue to sell for a while.