Samsung has quietly launched the Galaxy A23 5G. The new affordable 5G smartphone comes nearly five months after the LTE model. The 5G variant shares most of the key specs with its LTE-only sibling. The two phones also appear identical at first glance. Let’s check out if they have any notable differences apart from cellular connectivity.

The Galaxy A23 5G design and specs

Samsung has equipped the Galaxy A23 5G with a 6.6-inch FHD+ display featuring a tear-drop notch at the center, which houses an 8-megapixel front-facing camera. It is likely an LCD panel with a 90Hz refresh rate. The chunky bezels around the display loudly scream a budget phone.

On the back, we have a quad-camera setup featuring a 50MP primary camera with OIS (optical image stabilization). It is flanked by a 5MP ultrawide lens, a 2MP macro camera, and a 2MP depth sensor. All four cameras sit within a raised camera bump on the top left. The LED flash unit also finds its home there.

Samsung isn’t naming the chipset on this phone but multiple leaks and certification listings in the past have revealed that the Galaxy A23 5G will feature Qualcomm’s Snapdragon 695 5G processor. The SoC is paired with up to 8GB of RAM and 128GB of storage. The handset supports micro SD cards of up to 1TB capacity for expandable storage.

But, tell you what, none of this is different from the Galaxy A23 LTE. Well, except for the processor, as the Snapdragon 680 powering the LTE model doesn’t support 5G. Apart from that, the phone’s design and dimensions (165.4 x 76.9 x 8.4 mm) are also unchanged, including the positioning of buttons and ports. Samsung has simply swapped the chipset to offer 5G connectivity and that’s about it.

As of this writing, Samsung hasn’t revealed the pricing and availability details of the Galaxy A23 5G. Rumors have it that the phone will retail for under €300 in the European markets. The phone is also expected to arrive in the US. We will let you know when it does. Samsung will sell the new affordable 5G smartphone in Orange, Light Blue, White, and Black colors. 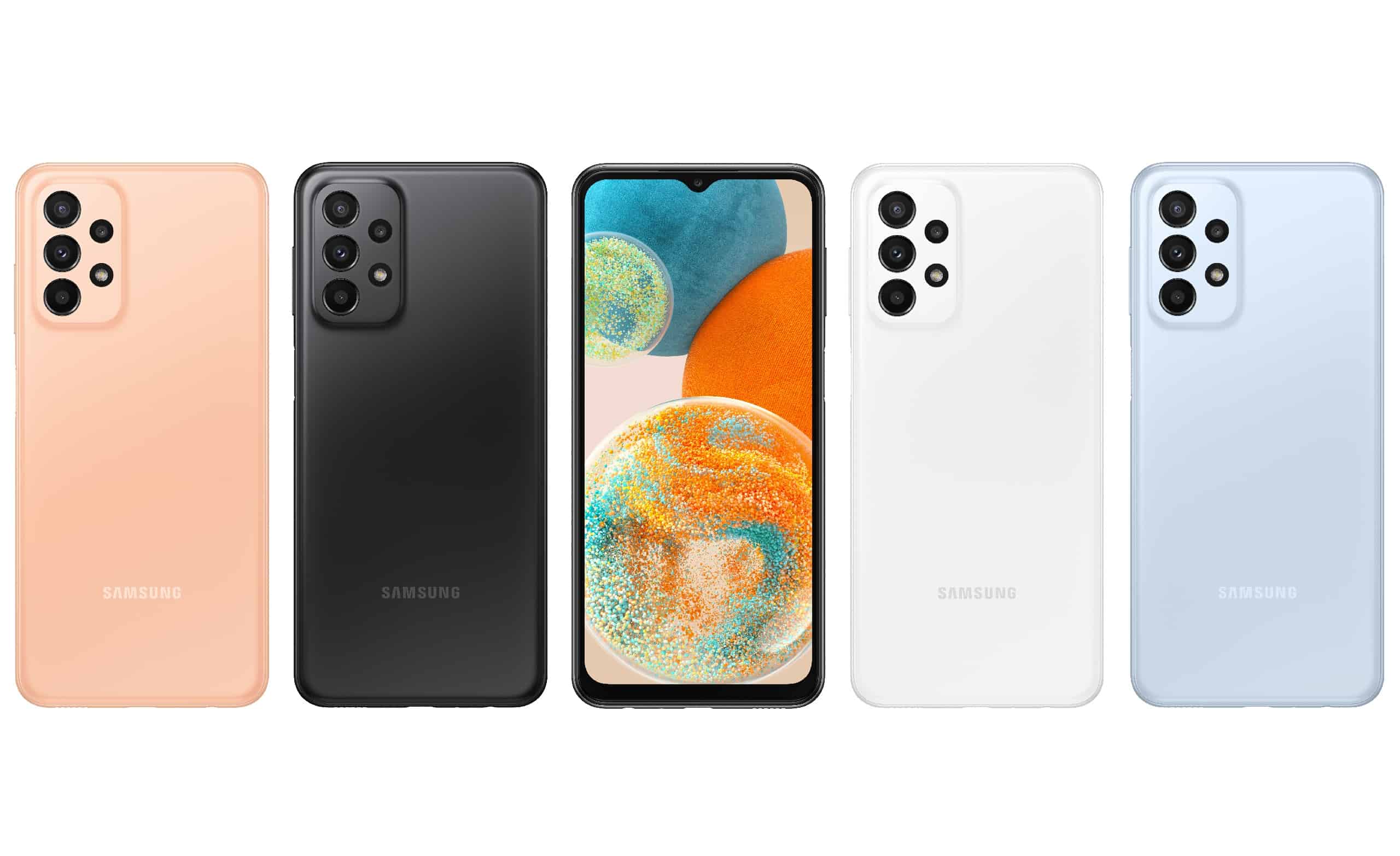