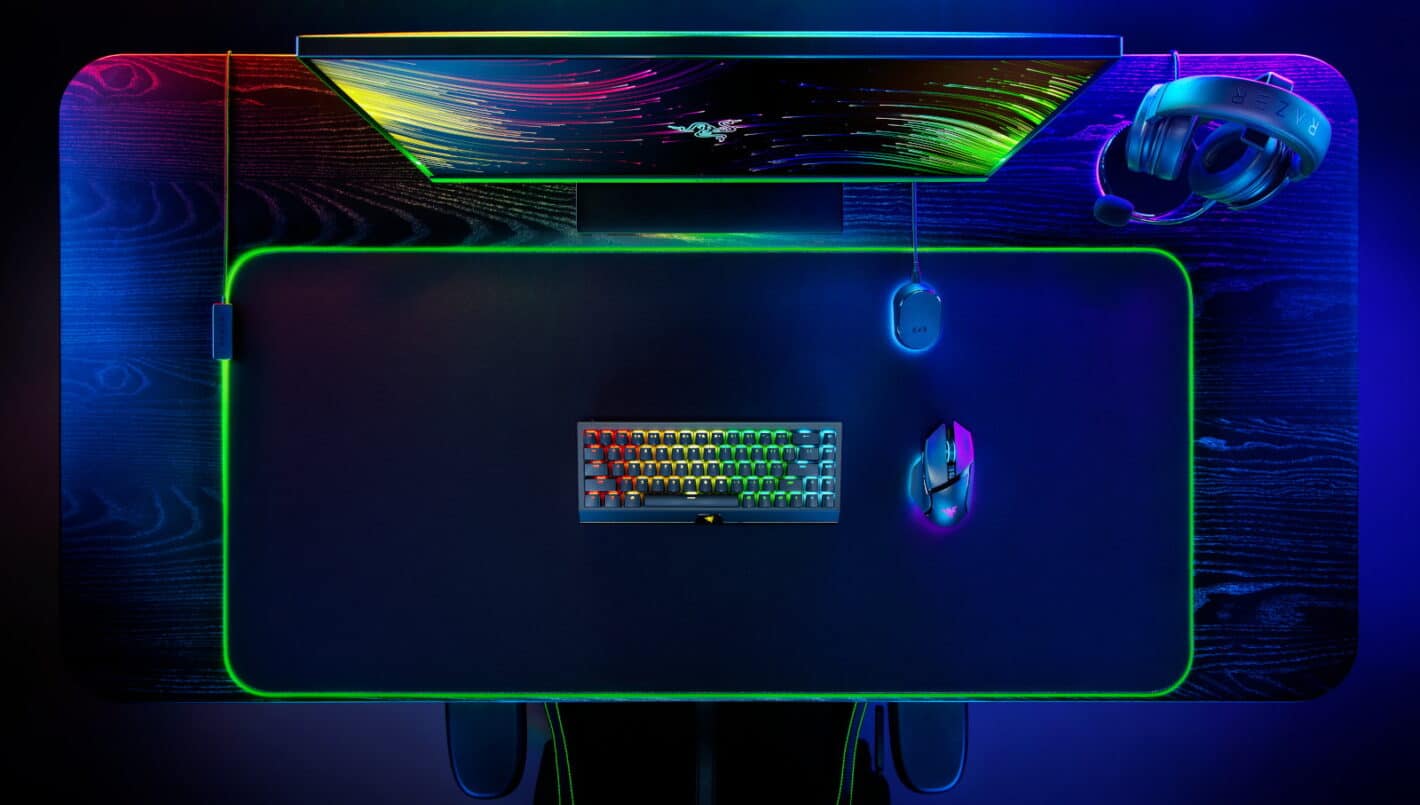 Razer is announcing two new gaming mouse mats today, and one of them is so large it covers your entire desk. The Razer Goliathus Chroma 3XL is a larger-than-life mouse mat that measures a whopping 1200mm x 550mm. So you’re going to need a pretty large desk to fit this bad boy on it. That being said, it’s perfect for gamers who want to take up most of the desk space with a softer surface. It also gives you an unprecedented amount of room for mouse movement. Should you need or want it.

Razer is also announcing the new Strider Chroma mouse mat that comes with a hybrid soft/hard surface. It’s not quite as large as the Razer Goliathus Chroma 3XL. But it still takes up a lofty amount of room at 900mm x 370mm.

Both mats feature multiple lighting zones with Chroma integration (like most of Razer’s products), though Razer makes a point to highlight that the Strider Chroma comes with 19 lighting zones. So it’s likely that it has more lighting zones than the Goliathus Chroma 3XL.

Not everyone enjoys a large mouse mat, but for those that do, bigger is generally better. Razer is taking things to the extreme here with the new Goliathus version.

A mat that covers 1200mm x 550mm, which is roughly 47 inches long and nearly 22 inches deep. While the size of the mat is the main attraction, it does have other features. Including aforementioned Chroma lighting, a micro textured surface, and a non-slip rubber base. The mat goes on sale today at $99.99 and is available exclusively from Razer’s website.

Strider Chroma is the best of both worlds 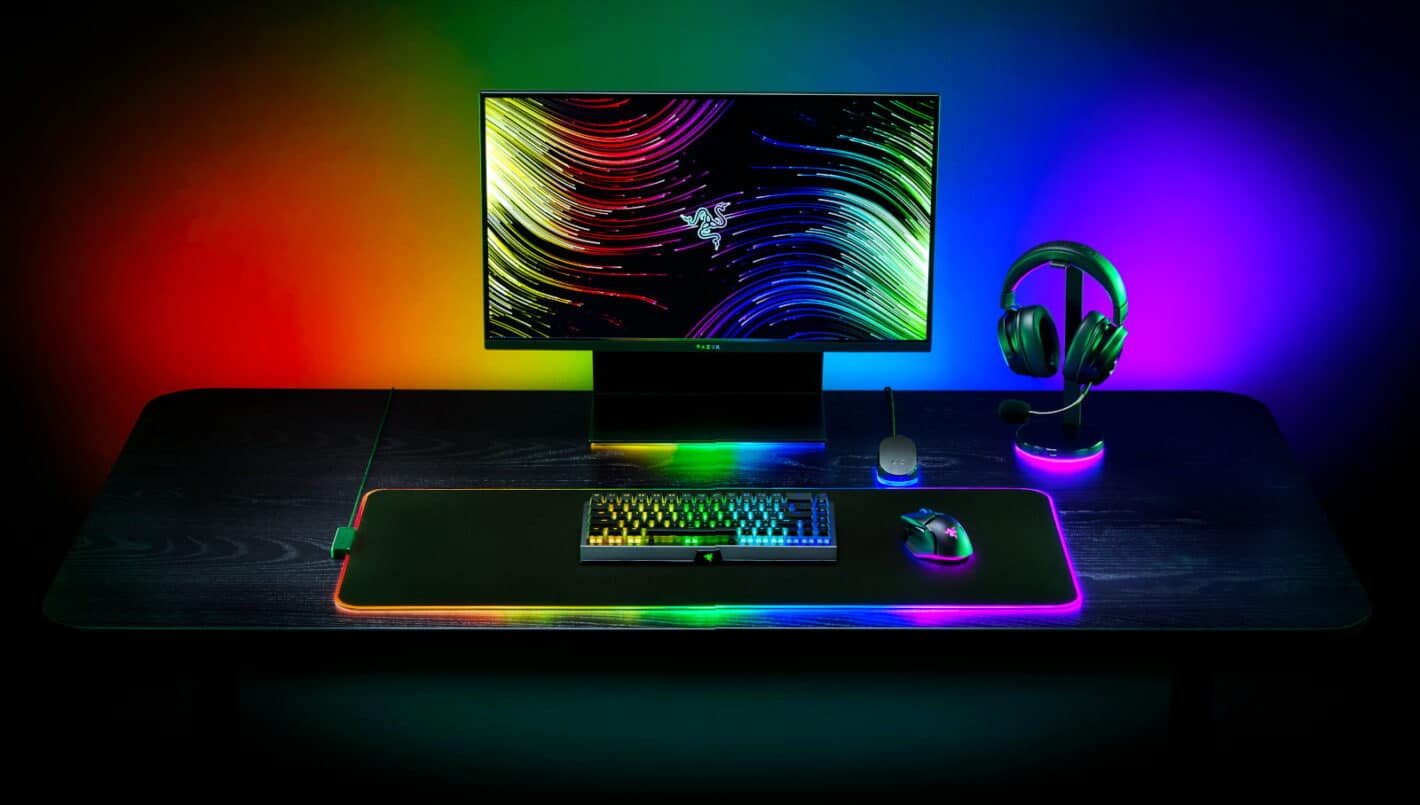 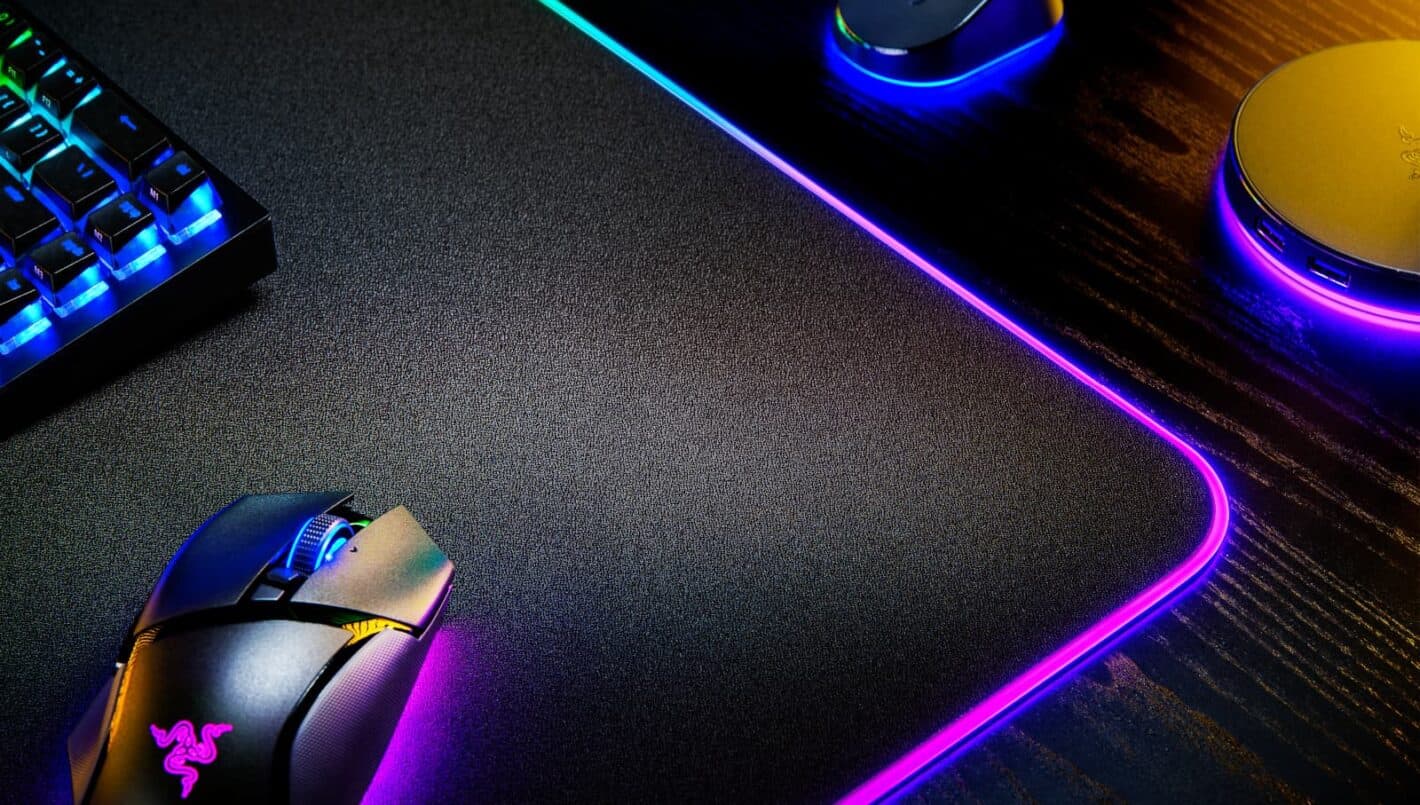 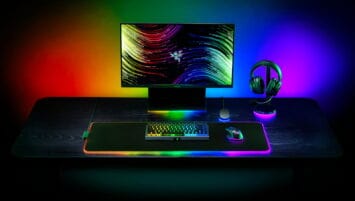 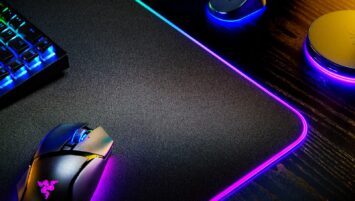 With the Strider Chroma Razer is doing something a bit different. It’s still a decent-sized mat but it swaps out the micro-textured surface for polyester. This combination of hybrid soft/hard material does a couple of things. Razer says it provides the optimal balance of speed and control.

Razer also made the Strider Chroma water-resistant to make cleaning up spills easier. Additionally, it comes with a more grippy underside with a reinforced groove pattern that Razer says helps it lock onto your desk for less slippage. Best of all though, is that the Strider Chroma doesn’t have raised stitched edges. The edges are seamless for a completely level mouse mat that won’t get in the way of your mouse.

The Strider Chroma also goes on sale today at a slightly higher price of $129.99 and is also a Razer.com exclusive.