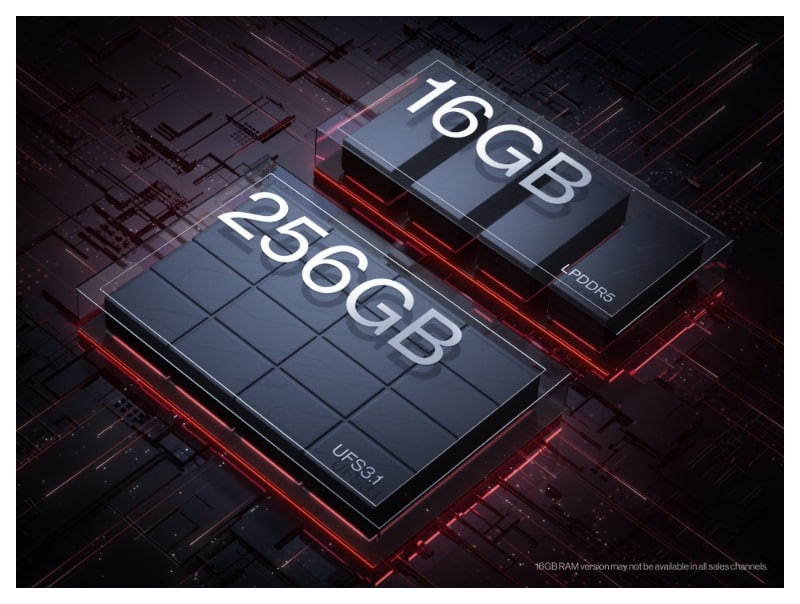 OnePlus has confirmed that the upcoming OnePlus 10T will offer up to 16GB of RAM. It will be coupled with 256GB of internal storage, in case you were wondering.

Now, we presume that an 8GB RAM variant will also be available, and that model will include 128GB of storage. OnePlus will utilize LPDDR5 RAM and UFS 3.1 flash storage, in case you were wondering.

OnePlus claims that having 16GB of RAM on the phone will allow for “effortless multitasking with up to 30 apps open”. Considering how OxygenOS loves to kill apps in the background still, it remains to be seen if that’ll be possible or not.

In an earlier tweet, OnePlus also confirmed that you can expect a 120Hz display on the phone, with a centered display camera hole. Another detail that it confirmed is that the phone is coming in Moonstone Black and Jade Green colors.

You will get a 50-megapixel main camera on the back, backed by an 8-megapixel ultrawide unit, and a 2-megapixel macro camera. That is all official information, provided by the company itself.

The OnePlus 10T will look a lot like the OnePlus 10 Pro, but it will include a flat display. Its camera setup on the back will look slightly different, but it’s easy to see the two phones are related.

The device will launch on August 3, so in a couple of days

The OnePlus 10T is expected to include the Snapdragon 8+ Gen 1 SoC, and the company did confirm a 4,800mAh battery will be included. 150W charging will be offered globally, while the users in North America will be limited to 125W charging. A charging brick will also be included in the box.