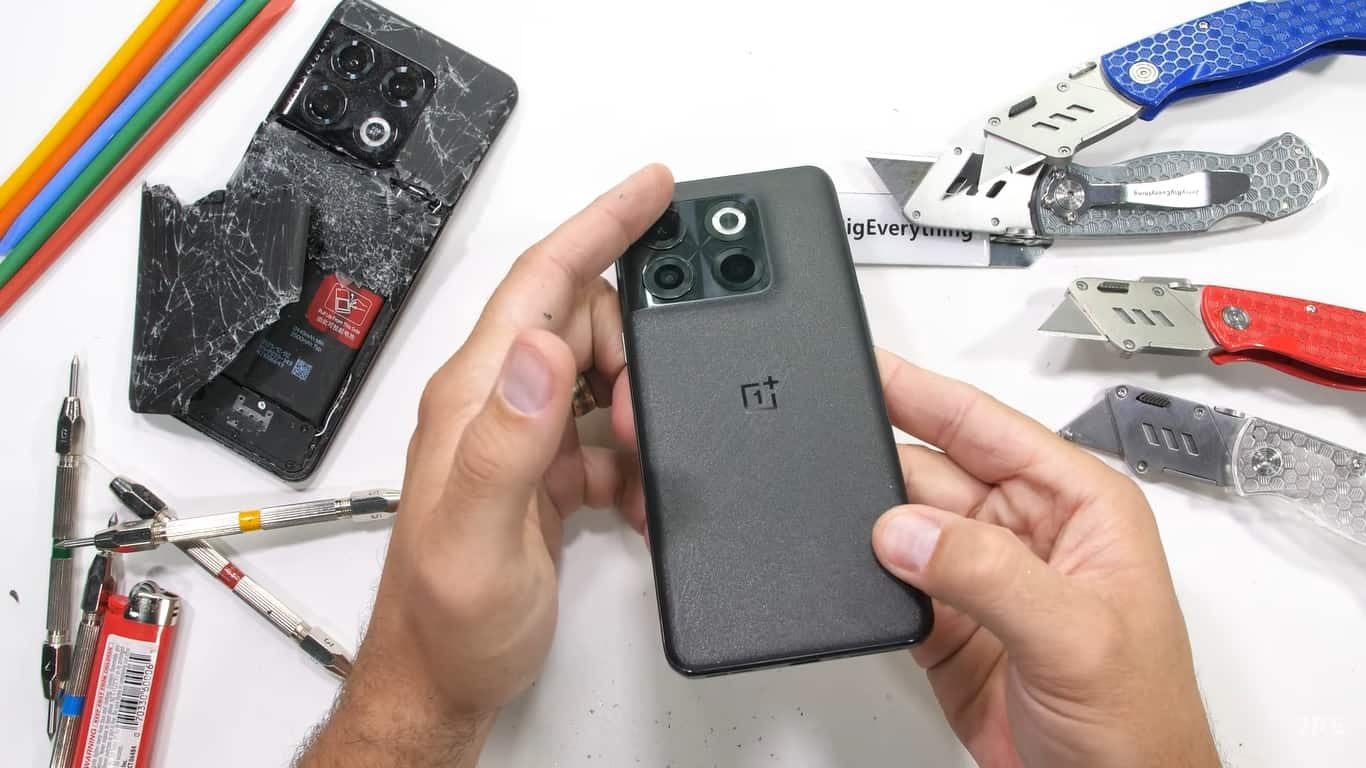 OnePlus recently released the OnePlus 10T, a minor refresh to the OnePlus 10 Pro launched back in January. If you remember, the latter broke into two pieces during the forceful bend test by Zack Nelson of the popular YouTube channel JerryRigEverything. As expected, the company has made some structural changes to the new model. While it switches to a plastic frame (from metal) and a less-strong Gorilla Glass 5 protection, there aren’t any antenna lines affecting the structural integrity of the device. OnePlus has also switched the positions of a camera sensor and the flash unit. But are these changes enough for the OnePlus 10T to survive Zack’s durability test? Let’s find out.

Zack usually begins his durability test of phones with the scratch test on the screen. Glass screens begin scratching at a Level 6 on Moh’s hardness scale, with deeper grooves at Level 7. Be it the Gorilla Glass 5 or the Gorilla Glass Victus, at the end of the day, it’s glass. The OnePlus 10T fares as good as the OnePlus 10 Pro in the scratch test.

As said before, the new model gets a plastic frame that Zack’s knife can easily cut through. This is one of the many downgrades over the OnePlus 10 Pro, which has an aluminum frame. The new phone upgrades to Qualcomm’s latest Snapdragon 8+ Gen 1 processor but pretty much everything else is a downgrade, including the display, cameras, and battery. It even lacks the alert slider. Of course, it’s a lot cheaper too, so that’s fine.

A plastic frame means OnePlus could do without antenna lines on the OnePlus 10T. For the uninitiated, metals interfere with cellular signals, so phones with metallic frames have tiny plastic lines on the body. The power button and the volume rocker on the new phone are made of metals, though.

The US version of the OnePlus 10T only boasts an IP54 rating for dust and water resistance, another massive downgrade from IP68 on the Pro model. But we can see protection against water around the SIM tray, so that’s nice. The screen is AMOLED and that’s confirmed by the burn test as the pixels go white under the flame from Zack’s lighter.

Finally, it’s about time to address the elephant in the room. Do the structural changes and minor redesign save the OnePlus 10T from snapping into two pieces? Well, on bending from the back, the phone holds on its own with no cracks or breaks. The OnePlus 10 Pro had already given up at this point. But when bent from the front, the new handset gives up as well. It breaks at the same spot as the older one — along the camera bump. It appears there’s something fundamentally wrong with the structure of the OnePlus 10 series phones. You can check it out for yourself in the video below.