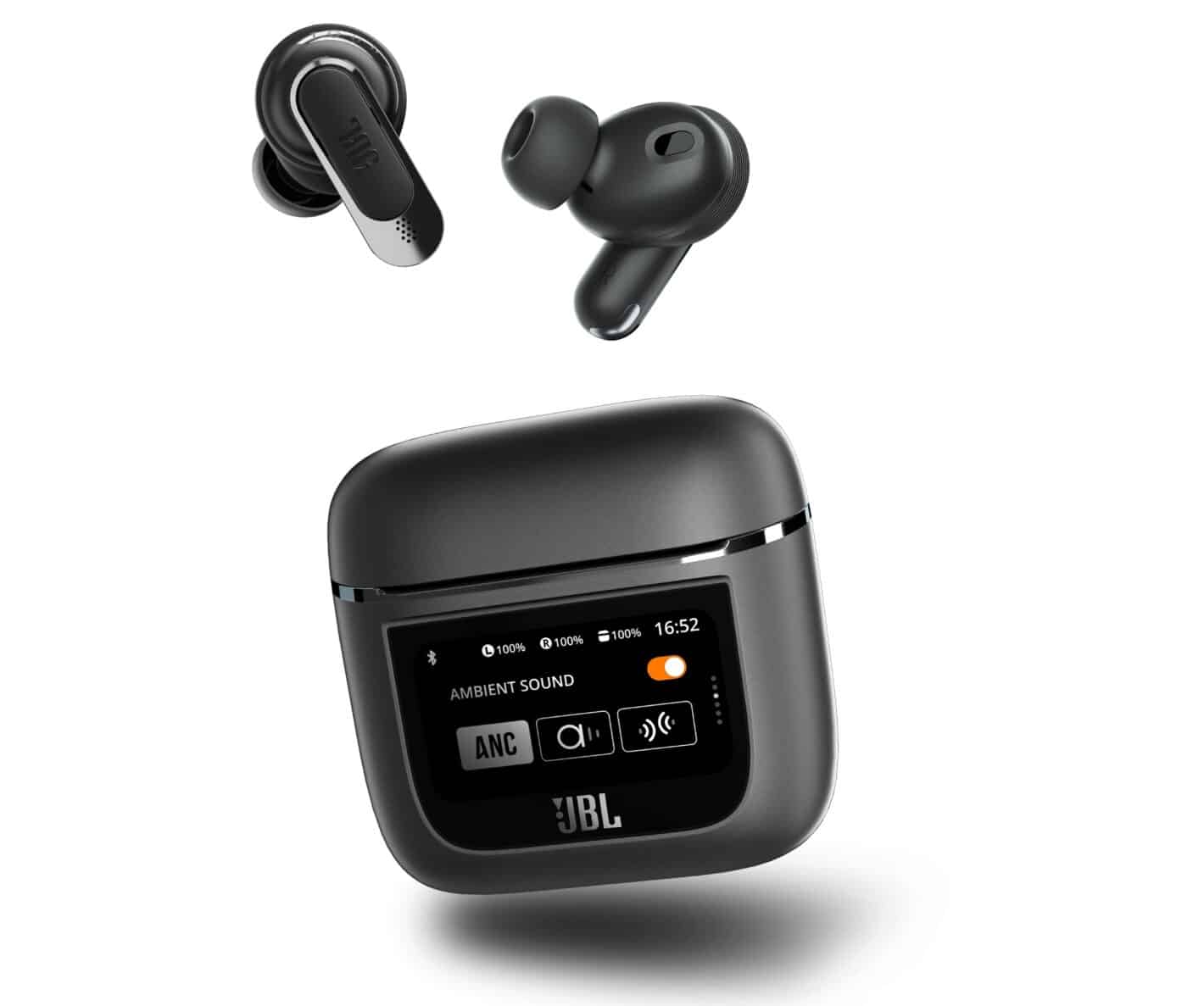 JBL has announced the Tour Pro 2 TWS (true wireless) earbuds featuring the world’s first smart charging case. The latter is of more interest here as it boasts a touchscreen display. The 1.45-inch LED panel lets you manage your music, check out time, control ANC (active noise cancellation) and other features, and see the battery level of your buds. It also lets you pick up calls, read messages, and see notifications from your connected smartphone.

The Harman-owned audio brand touts this smart case to enhance your productivity. But the company is trying to solve a problem that doesn’t exist. A display on the charging case doesn’t serve any substantial purpose. If you’re using your earbuds, you’d already have them connected with your smartphone. You can control or manage the buds with the companion app.

As for those calls, messages, and notifications, you’re more likely to have your smartphone around you than the charging case. And if you have a smartwatch, it’s more convenient to use that. We often put away the case when the buds are in use. The case is only remembered when the buds need charging. So it’s more gimmicky than a usable feature.

That said, JBL still deserves some praise for thinking outside of the box here. Innovation in the TWS earbud space has been saturated lately, both in terms of design and functionality. These tiny wearables mostly look the same and boast the same set of features. Well, even smartphones are seeing less innovation in design. Manufacturers come up with unique concepts few and far between, such as Vivo’s color-changing back panel and Nothing’s entirely transparent rear design. There’s something different with JBL’s Tour Pro 2 TWS earbuds as well. 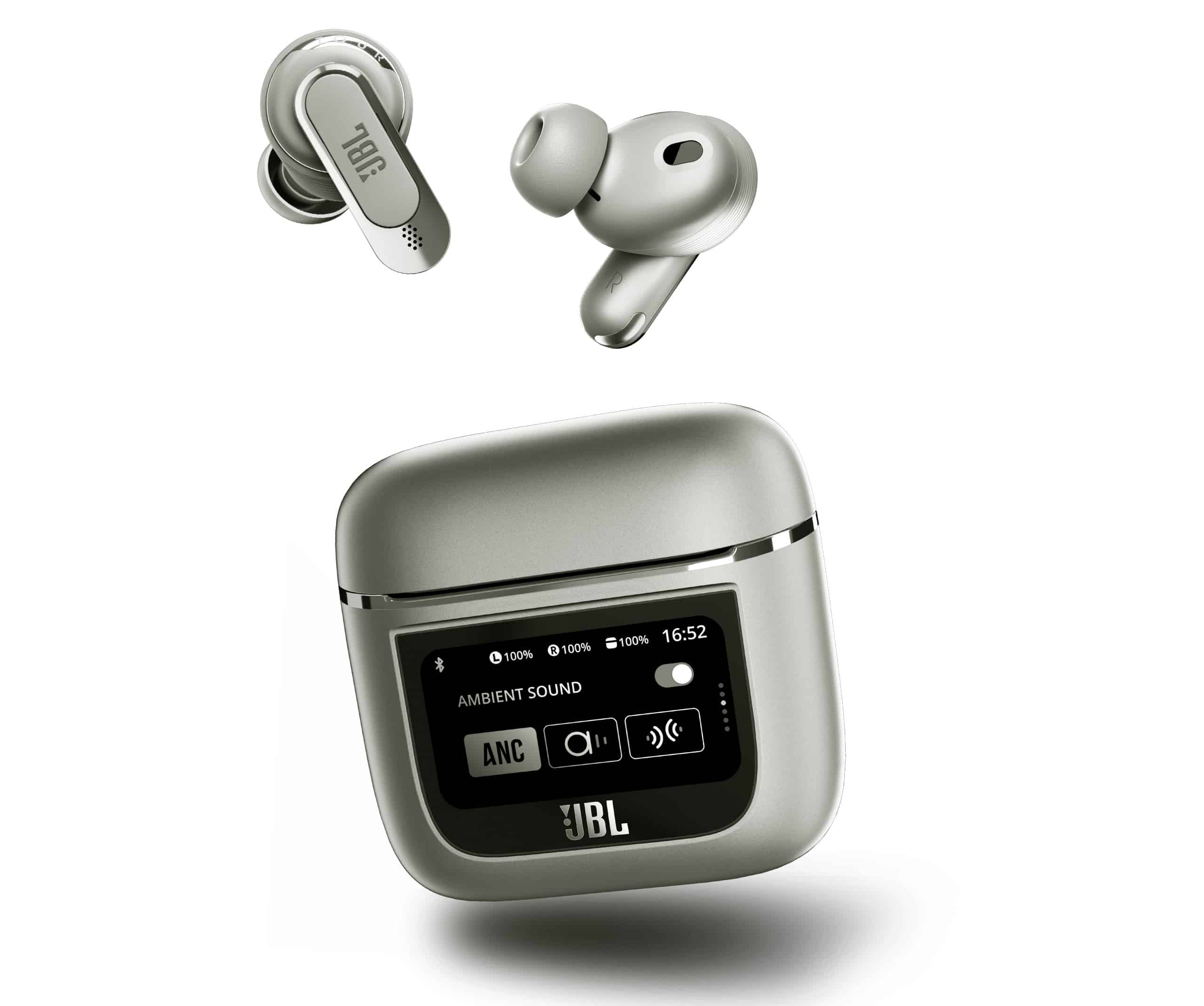 Stepping aside from the smart charging case, the JBL Tour Pro 2 TWS earbuds appear pretty good on paper, possibly giving Samsung’s newly-released Galaxy Buds 2 Pro a run for their money. They are equipped with 10mm dynamic drivers for high-quality audio powered by JBL Pro sound. They boast six microphones with a VoiceAware feature for crystal-clear calls. You get adaptive ANC and ambient mode for hassle-free use in public places. JBL also offers Spatial Sound and lets you customize the sound experience with Personi-fi 2.0.

JBL promises up to 40 hours of music playback with the Tour Pro 2 on a single charge. The buds themselves last for up to 10 hours, while the “smart case” supplies 30 hours of additional playtime. You have Bluetooth 5.3 for connectivity, with LE Audio support. The JBL Tour Pro 2 TWS earbuds will be available in Black and Champagne colors from January 2023 on the company’s official website for €249.

JBL today also announced a pair of over-ear wireless headphones, the Tour ONE M2. This pair mostly offers the same set of features, including adaptive ANC and ambient mode, JBL Pro sound, JBL Spatial Sound, Personi-fi 2.0, and Bluetooth 5.3 with LE Audio. But you get much larger 40mm dynamic drivers here. VoiceAware is also present but JBL has removed two microphones from the headphones. Playtime jumps to 50 hours (30 hours with ANC). With quick charge support, you get 5 hours of playtime in just 10 minutes of charging.

The JBL Tour ONE M2 wireless headphones will also go on sale around the same time, from the same place. The company is even offering the pair in the same two colorways. They will cost €299, though. 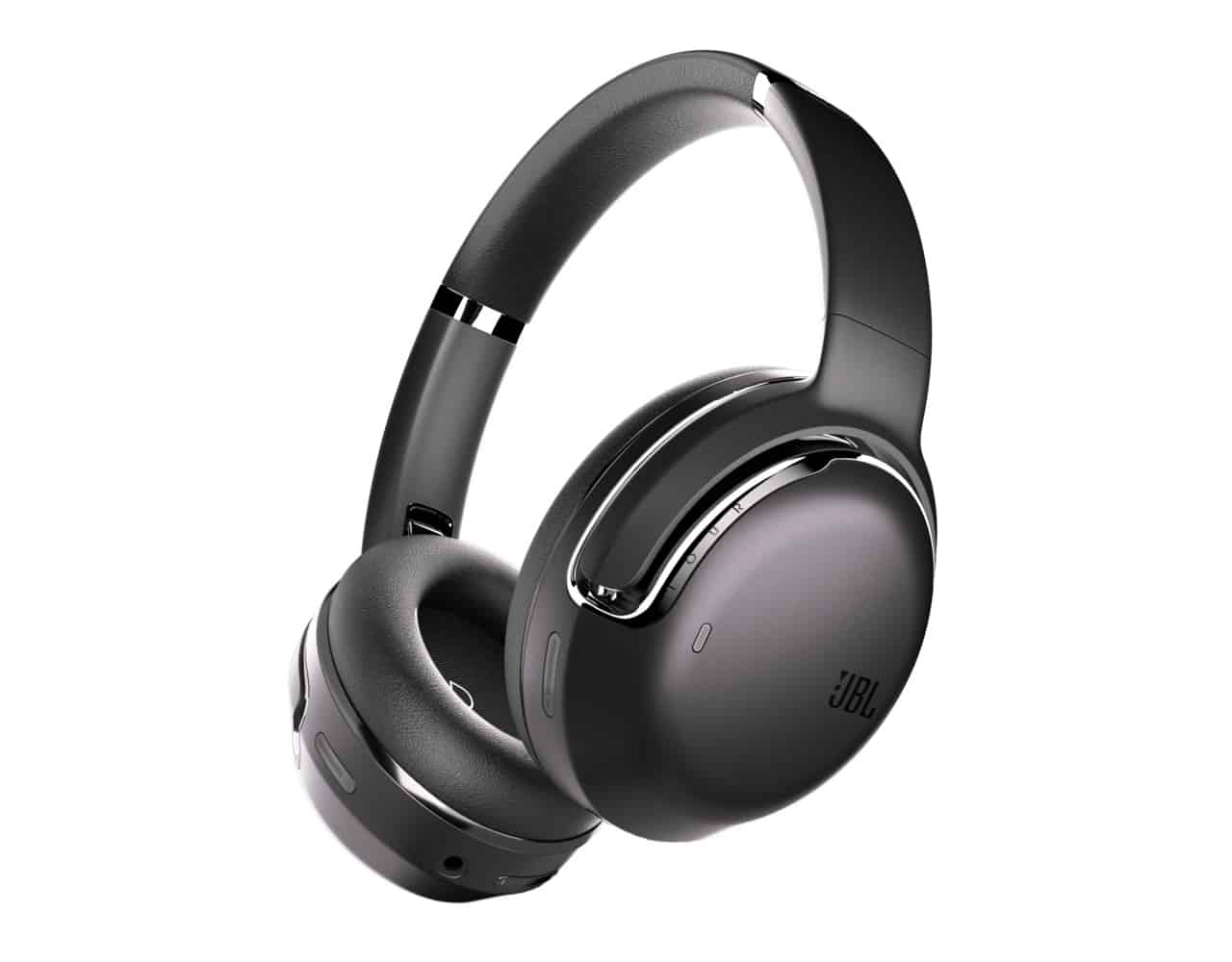 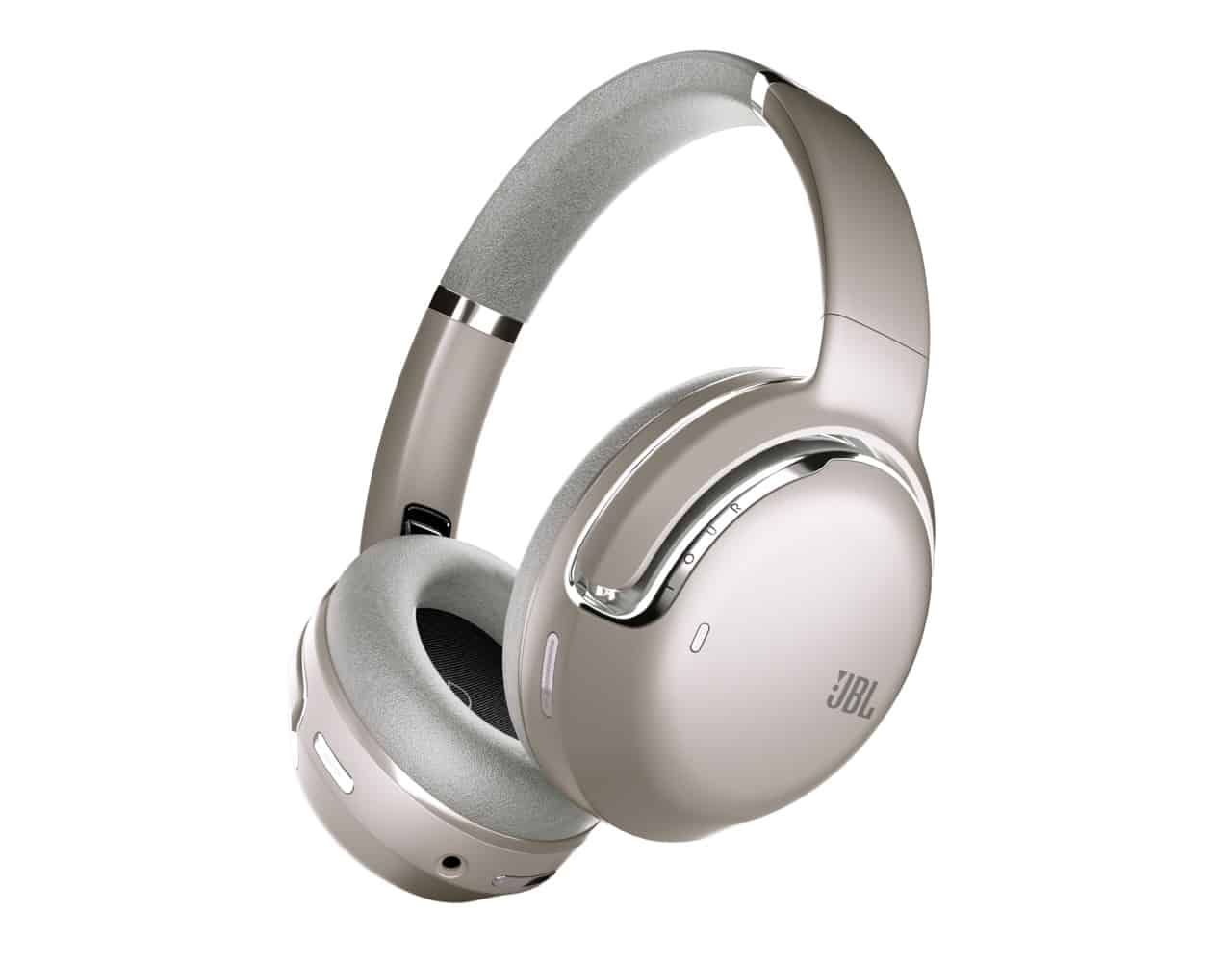 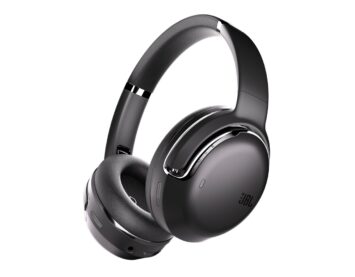 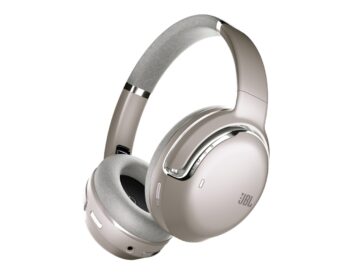