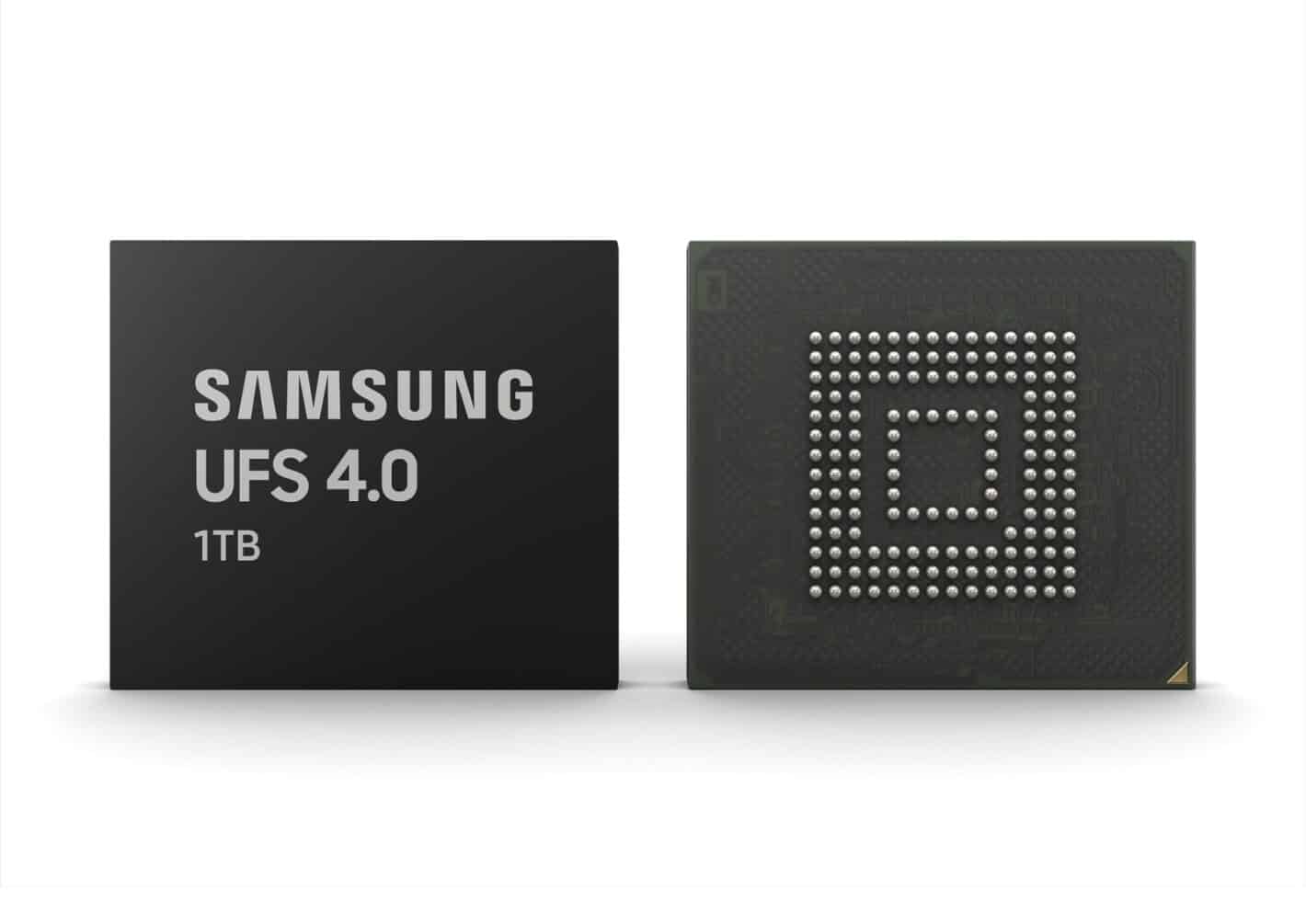 Samsung may equip its upcoming foldable smartphones with the new UFS 4.0 storage solution. The company recently revealed that the next-gen storage chips are entering mass production this month. It coincides with the release of the Galaxy Z Fold 4 and Galaxy Z Flip 4 foldables.

Samsung announced the UFS 4.0 storage standard in May this year. The new solution brings major improvements over the current USF 3.1 standard found in the likes of the Galaxy S22. The company is claiming per-lane bandwidth of up to 23.2Gbps, twice that of UFS 3.1. Sequential read and write speeds are reported at 4,200MB/s and 2,800MB/s, respectively. With a maximum dimension of 11 x 13 x 1 mm, UFS 4.0 storage chips will be pretty slim while simultaneously being superfast.

Additionally, Samsung is touting energy efficiency of nearly 50 percent over the previous generation. These power gains should translate into notable improvements in the battery life of the device. Battery life is becoming increasingly critical as on-device data processing increases, thanks to high-resolution photography and graphic-intense games.

During the initial announcement in May, Samsung said that it will begin the mass production of UFS 4.0 storage chips in the third quarter of the year. The company has now revealed that it will start churning out the next-gen storage solution this month. The Korean behemoth shared the information during the recently concluded Flash Memory Summit 2022 in California. The Summit ran from August 2 to 4 at the Santa Clara Convention Center.

As said earlier, this timeline coincides with Samsung’s plans for the market release of the Galaxy Z Fold 4 and Galaxy Z Flip 4. The new foldables go official on August 10 and will likely hit store shelves a couple of weeks later. As such, they appear to be likely candidates to debut the UFS 4.0 storage standard. The company says it will offer new storage chips with up to 1TB capacity. There haven’t been many smartphones with 1TB of built-in storage capacity but the Galaxy Z Fold 4 is rumored to be one. This further fuels the speculations. Thankfully, we will not need to wait much longer for the confirmation.

If the upcoming foldables miss out on the next-gen storage solution, Samsung will certainly use it on the Galaxy S23 series early next year. UFS 4.0 should also start shipping inside flagship smartphones from other brands in the coming months. The Korean firm sees its applications in AR, VR, and the mobility sector.