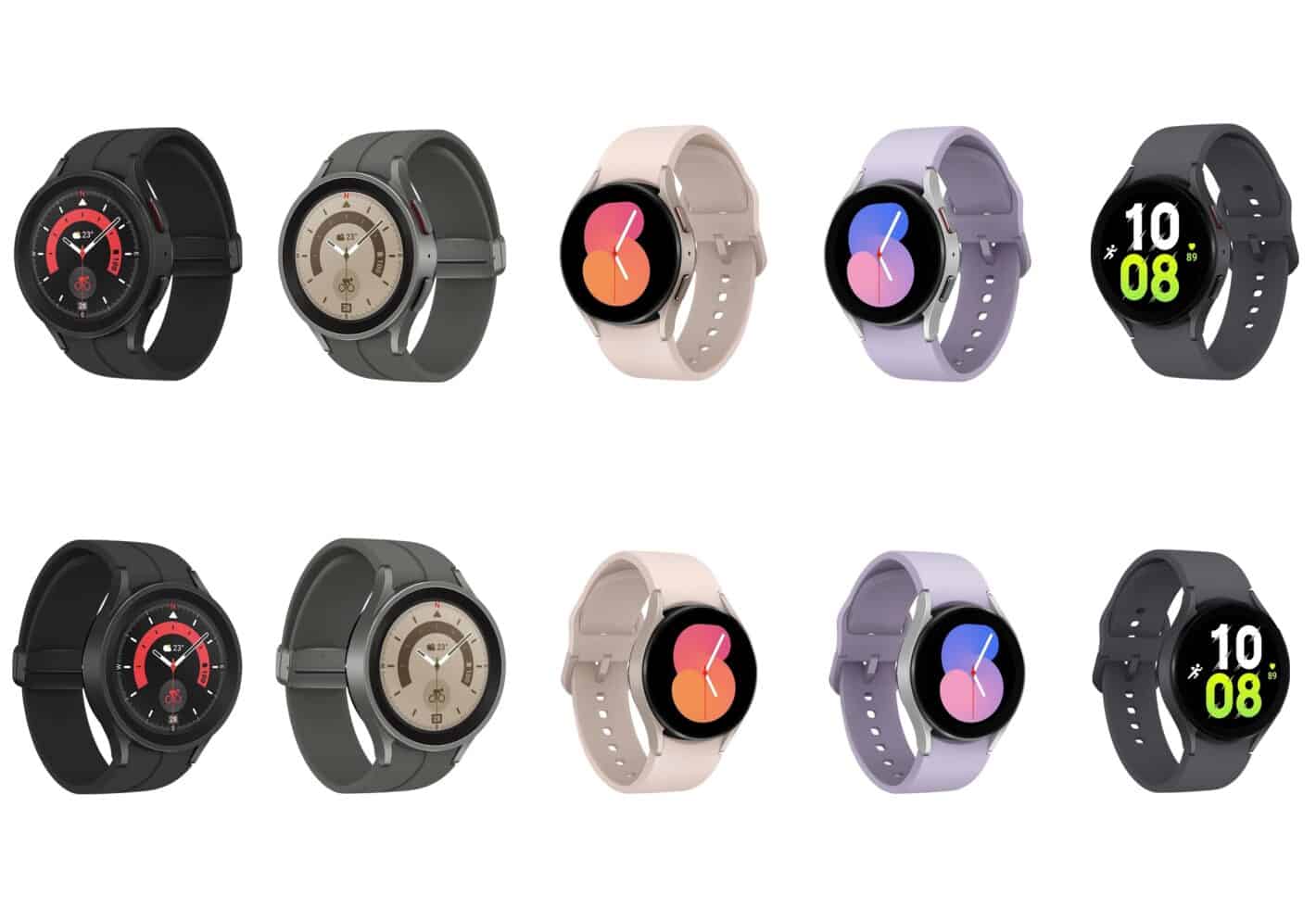 Samsung is just days away from its next Galaxy Unpacked event. The Galaxy Watch 5 series is one of the new products that will go official at the big launch event next week, on August 10. Unfortunately, the company has failed to keep the upcoming smartwatches under wraps until launch. There already have been tons of leaks about the new wearables. The latest leak shows the Galaxy Watch 5 Pro and both size variants of the Galaxy Watch 5 in high-resolution renders.

Published on 91Mobiles by none other than reputed leaker Evan Blass, these official-looking renders reveal the design of the upcoming Samsung smartwatches in great detail. From the button placement to the strap design and finish, we can see it all. The renders also reveal the various color options that the Korean firm will offer.

The leak shows the Galaxy Watch 5 Pro in two colors — the previously rumored and leaked Black and Titanium. This watch comes with a 45mm dial. The vanilla model, which will be available in 40mm and 44mm sizes, has appeared in Pink Gold, Bora Purple, and Graphite colors. Previous leaks have also shown Silver and Blue color variants of this watch. Samsung may keep certain colorways exclusive to either size variant, though.

The three size variants of Samsung’s upcoming smartwatches will primarily differ in terms of screen size and battery capacity. The Pro model will also sport a slightly different design. While the company has removed the physical bezel, it still gets that sporty finish of the Galaxy Watch 4 Classic. The vanilla Galaxy Watch 5, on the other hand, features a sleek design.

All of the new Galaxy smartwatches will come in an LTE connectivity option. They will probably run Samsung’s One UI Watch 4.5 software based on Wear OS 3.5. Built-in GPS, 5AT waterproofing, IP68 rating for dust and water resistance, improved health features, NFC, and built-in microphone and speaker are some of the highlights of the Galaxy Watch 5 series. Just over a week to go now for the official unveiling.

Samsung has a lot more in store for this Unpacked

The Galaxy Watch 5 series will build on arguably the best Wear OS smartwatches yet — Samsung’s Galaxy Watch 4 series from last year. But despite that billing, it will not be the crowd puller during the upcoming Galaxy Unpacked event. That’s because the Korean firm has the Galaxy Z Fold 4 and Galaxy Z Flip 4 as the two biggest stars of the show. The Galaxy Buds 2 Pro will also feature in the event. We will bring you everything from the Galaxy Unpacked next week as it happens here at Android Headlines. 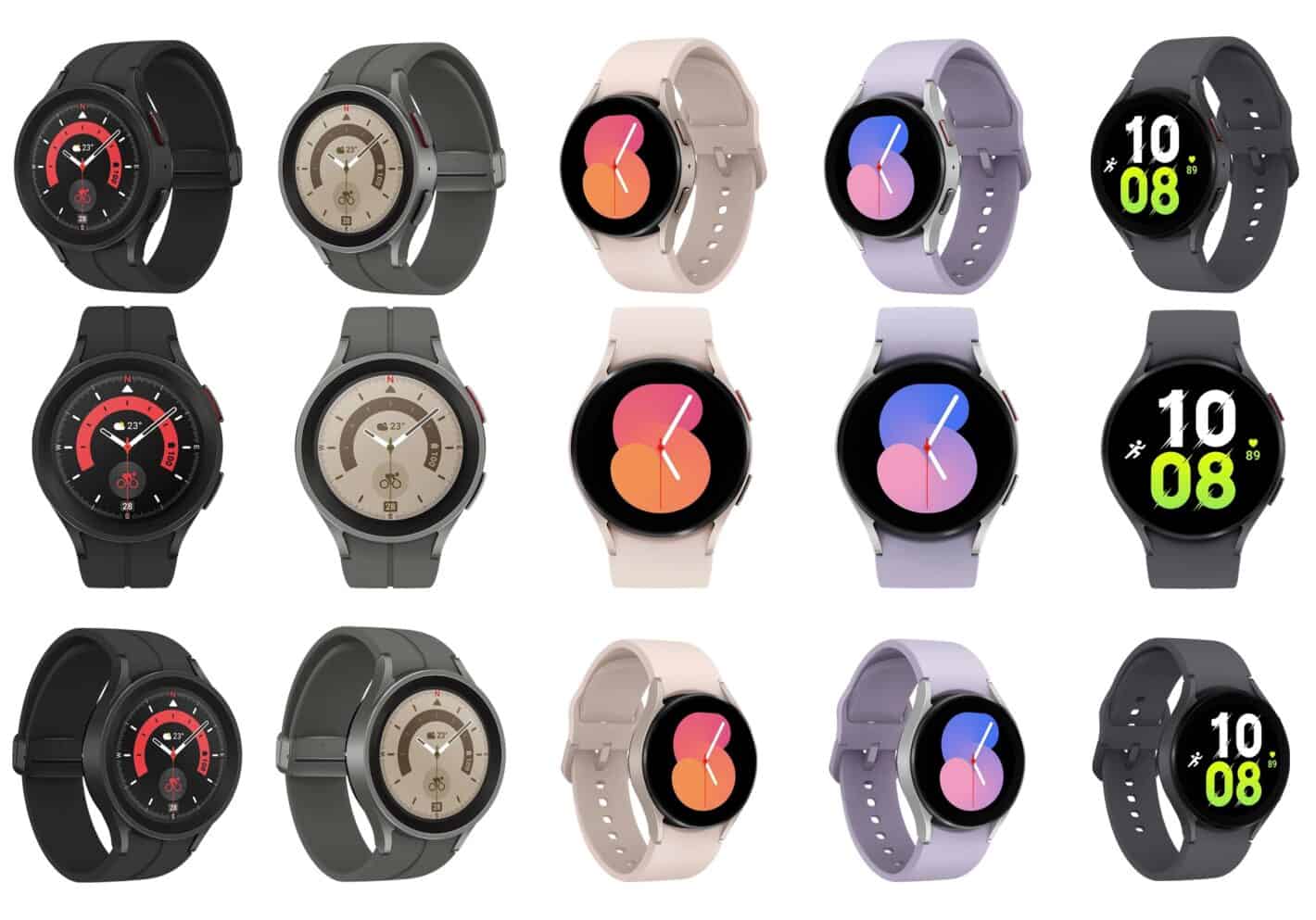 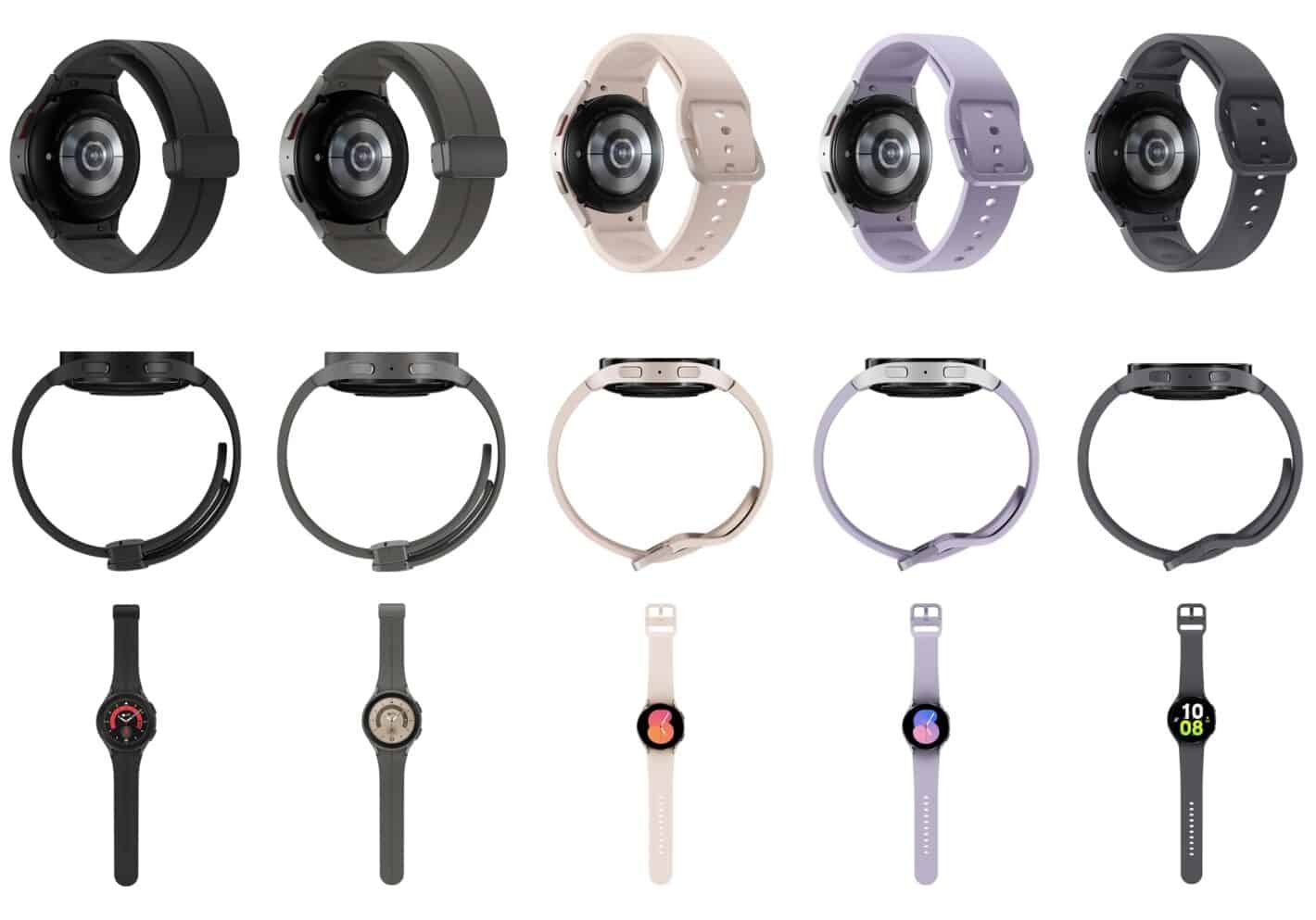 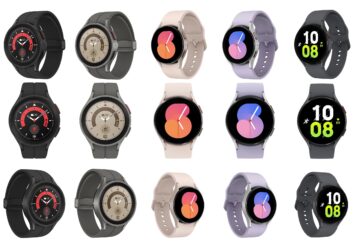 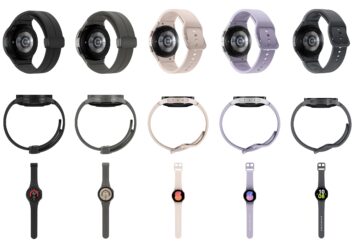