Along with new foldables and smartwatches, Samsung will also launch a new pair of TWS earbuds at its Galaxy Unpacked event on August 10th — the Galaxy Buds 2 Pro. These wearables haven’t visited the leaks world as often as the other Galaxy products coming out next week. But a major leak has now revealed a great deal about the upcoming TWS earbuds just days before their unveiling.

According to German publication WinFuture, the Galaxy Buds 2 Pro will feature 10mm drivers and a multi-mic array. They come with what Samsung calls Intelligent Active Noise Cancellation (ANC). It can suppress “even the loudest ambient noise” for uninterrupted music. The buds will also support the company’s 360 Audio feature. Introduced on the Galaxy Buds Pro early last year, and later rolled out to other compatible models, this feature adjusts the audio direction according to your head movements. This allows for an immersive, theater-like listening experience.

Samsung will also equip the Galaxy Buds 2 Pro with its HD Voice feature. It separates your voice from background noises during calls, so the other person can hear you cleanly. Ambient Mode, meanwhile, will allow you to have conversations with people around without taking the earbuds off or disabling ANC. It is activated automatically as soon as you start speaking to someone.

The new report doesn’t mention the battery capacity of the Galaxy Buds 2 Pro but states that the buds will run for up to eight hours on a single charge. That’s without ANC, though. The charging case will reportedly supply 21 hours of additional runtime. Other highlights of the new Samsung TWS earbuds include an IPX7 rating for water resistance, Bluetooth 5.3, and USB Type-C charging. The buds will come in Zenith Gray, Bora Purple, and Zenith White colors.

A report last month suggested that Samsung may slightly increase the price of the Galaxy Buds 2 Pro over the 2021 model. The new TWS earbuds were said to cost $230, up from the $200 that the company charged for the original Galaxy Buds Pro. However, the new report suggests otherwise. The will reportedly cost €229 in European markets, unchanged from last year. It’s unlikely that Samsung will keep the price unchanged in Europe while increasing it in the US.

The Galaxy Buds 2 Pro go official on August 10, alongside the Galaxy Fold 4 and Galaxy Flip 4 foldables. The Galaxy Watch 5 series smartwatches will also break cover on the same day. Sales are expected to begin on August 26. 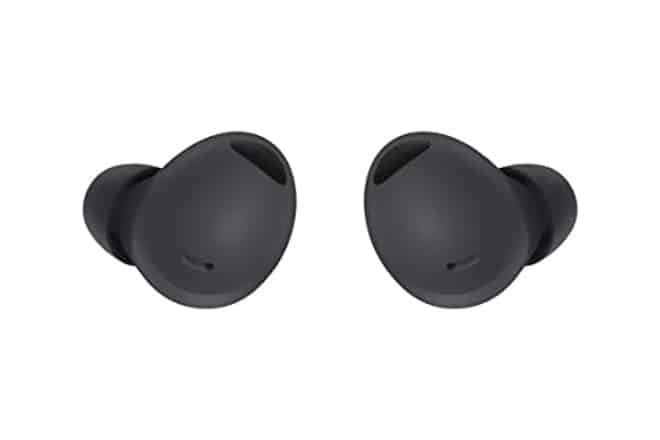