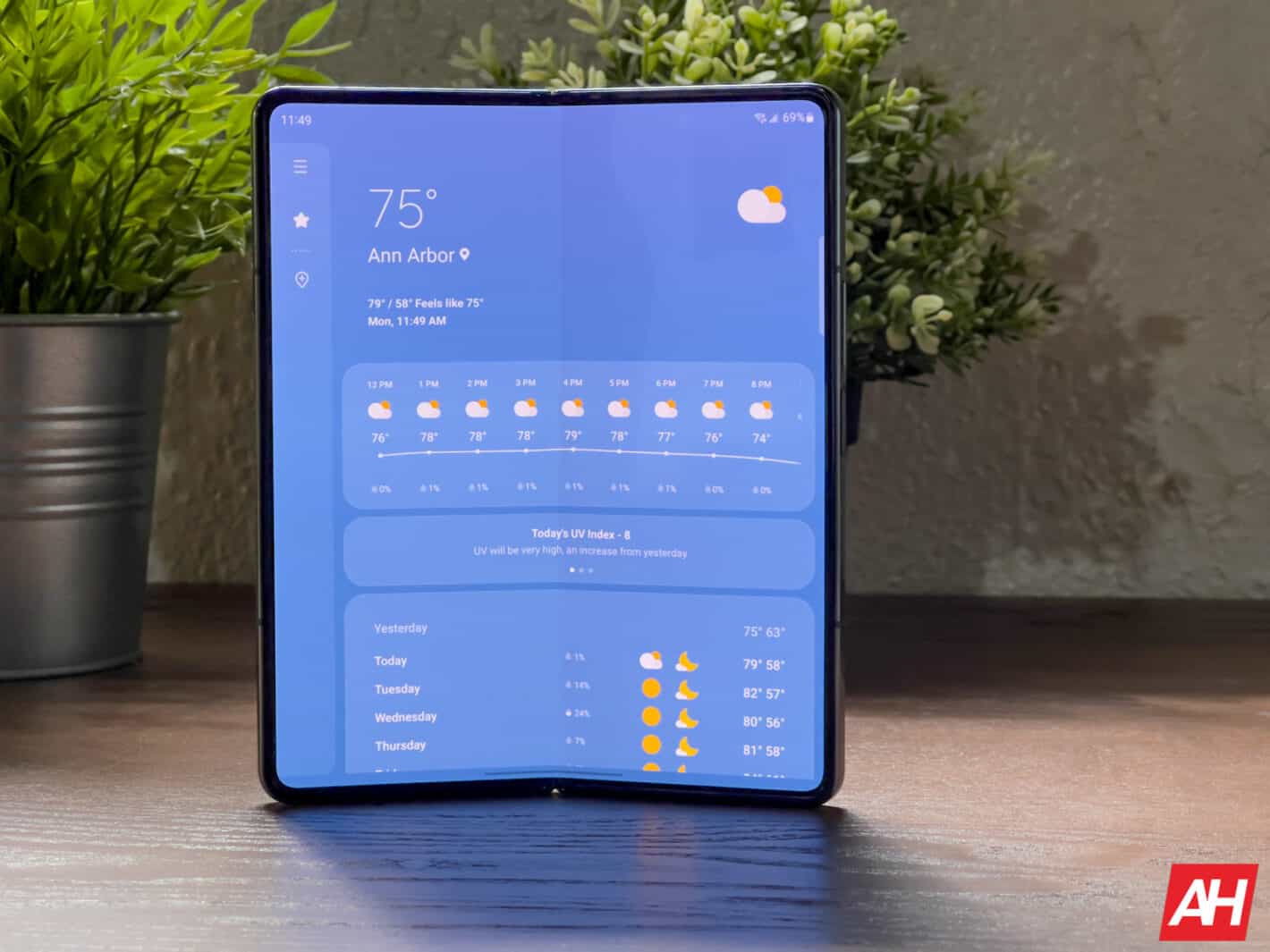 The foldable phone has come lightyears since the first one hit the market back in 2019. Gone are the days when a lone grain of sand could completely wreck your nearly $2,000 phone. One of the innovations since then was the addition of ultra-thing glass, and it’s a bit more durable than what was used before. However, Samsung might opt to use a PI film for its foldable tablet rather than the ultra-thin glass.

The “PI” in PI film stands for polyimide. It’s a type of plastic, and it’s what the first generation Galaxy Z Fold used for its screen. Not only that but other companies still use this material for their flexible devices like Lenovo and LG.

This news might come as a shock to most people, as we all know what happened to the phones that used this material for their display. The internet was littered with images of completely trashed flexible displays with a noticeable lump right in the center. So, why would the company go back to the material that started it all? There are some reasons.

For starters, ultra-thin glass is just fine for smaller devices (the Galaxy Z Fold 4 is evidence of that), but a panel’s strength decreases as it gets larger. Putting an ultra-thin glass panel on a large tablet display is just begging for a cracked screen. A plastic display, on the other hand, would be much better suited to be placed in a large device.

The other reason is simply: technology has gotten better since then. The foldable phone as a whole has improved a ton since 2019. As stated, other companies have been using PI films for their flexible devices. Thus, the technology has been improving ever since 2019. Not only that but Samsung has done a ton of work making its foldable devices resistant to dust and debris.

If Samsung were to launch its foldable tablet with a plastic display, we expect it to be much more durable than the Galaxy Z Fold first generation. We’ll need to wait on official confirmation on this matter, however.