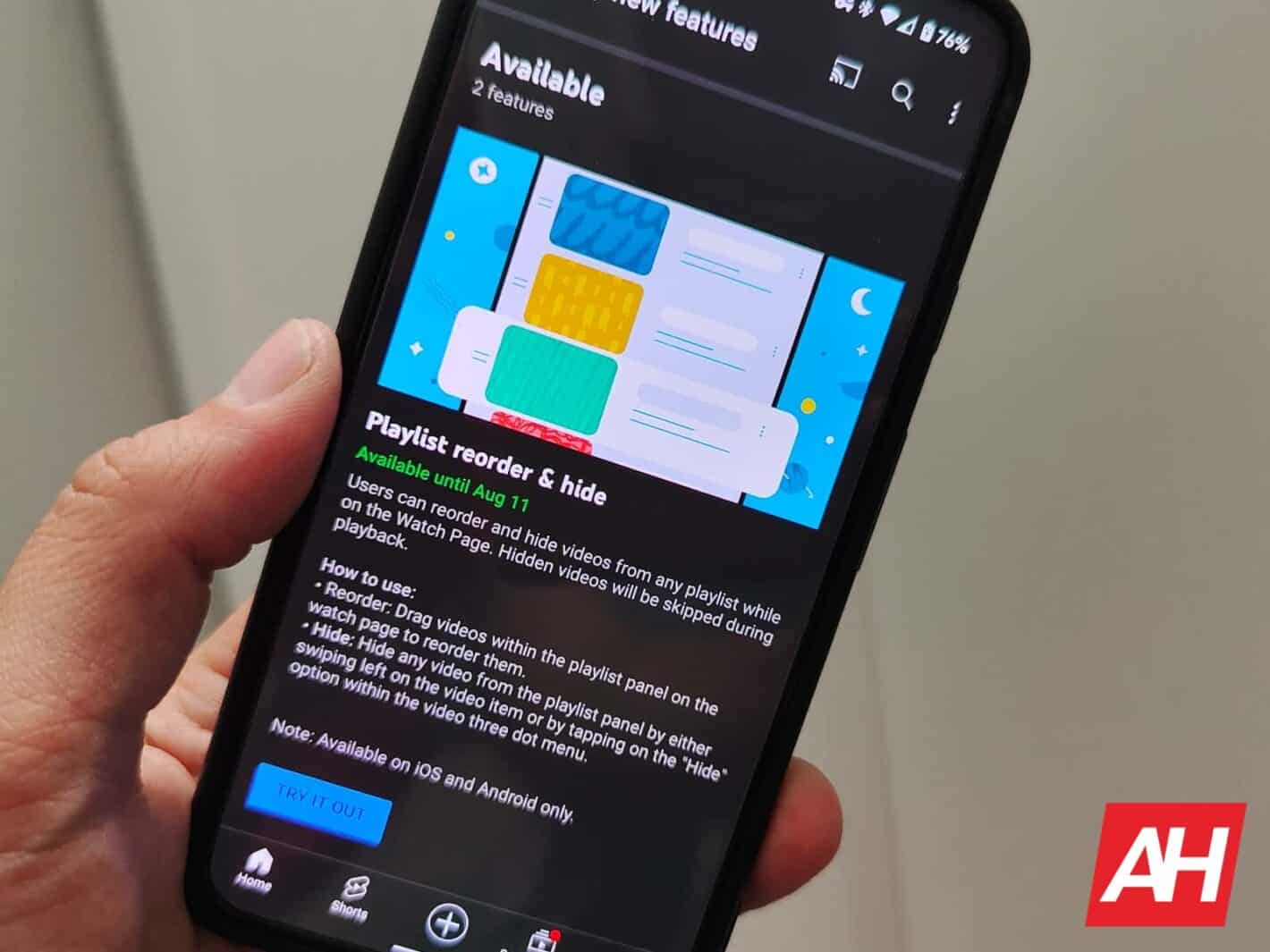 YouTube Premium subscribers are getting a new trial feature to test out that allows granular control over playlists. That’s based on recent reports detailing the new test features.

Now, YouTube already allows some control over a playlist in that users are free to skip an entry or rewatch one. But now users on Android and iOS apps can take that a step further, provided they opt into the trial feature.

Summarily, users on those platforms can now actively re-order a playlist on the Watch Page. Meaning that users have control over what order the videos play in. They’ll also be able to “Hide” any given video within the playlist, ensuring that those are skipped automatically. The former works via a simple click and drag gesture while the latter is tucked in the three-dot menu for any given playlist item.

If control over playlists is a YouTube Premium-only test feature, how do you use it?

As noted above, the controls themselves are actually quite simple to use. But unlocking the controls may not be as intuitive as some might hope.

Users will need a YouTube Premium subscription. That’s a paid service from Google’s YouTube. And they’ll need to activate the new control mechanisms for playlists in order to test them out.

That’s easy enough to accomplish once the requisite options are found. To turn on the new feature, users need to log into the app and then select their profile image. Then, after selecting “Settings,” they’ll need to select the “Try new features” option.

The new feature, as shown in the image above, is titled “Playlist reorder & hide” in the list. Selecting the “Try it out” button will activate it. Then users simply need to start up a playlist to begin using the controls.

In terms of longevity, it’s uncertain whether the new feature will stick around. The trial itself is set to run until August 11. Google will likely be watching the test to make adjustments for a final release.